Opinion: Climate Change Is a Greater National Emergency Than Building a Border Wall 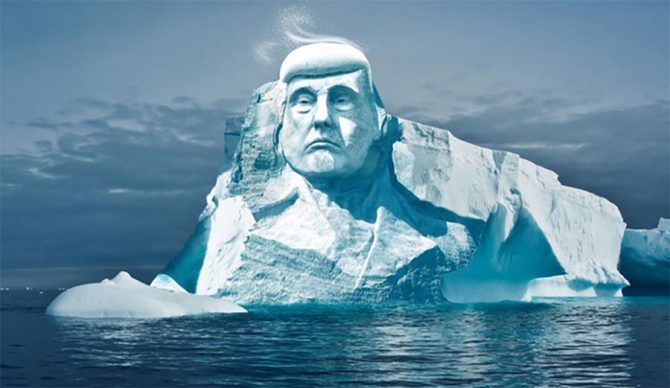 Should climate change be viewed as a greater national emergency than the one President Trump just declared?

Last week, after months of negotiation and the longest government shutdown in American history, the United States Congress finally reached an agreement to fund the government. They’d be allocating $1.3 billion to “border security,” significantly less than the $33 billion President Trump initially asked for and the $5 billion he had demanded during the shutdown.

Not one to take political defeat lightly, President Trump then announced his intention to circumvent the constitution and declare a national emergency in order to build the wall between Mexico and the United States in which the whole shutdown revolved around, to begin with. I saw the headline as I was enjoying my morning coffee. Realizing that running out of coffee was more of a national emergency than Trump’s wall, I then did a surf check. It was blown out, cold, and mushy. Not being able to surf? That feels more worthy of declaring a national emergency, too. Like most of us, I go more than a week without waves and I’m ready to hit the big red button. Jokes aside, on some level, President Trump is right. We do have a national emergency that needs to be confronted. In fact, we have at least three that could benefit from some of the $5.5 billion the President plans to steal from other projects in order to build his wall.

Sea levels are rising — a topic the President knows something about, as he previously tried to erect a sea wall in Ireland to protect one of his golf courses. We are seeing a new “storm of the century” almost monthly and just over 45 days into 2019 we’ve learned that there is a massive cavity in one of the most at-risk glaciers on the planet. The earth is warming at a clip almost four times faster than we previously thought. Too much doomsday for you? I hate to say it, but unless we do something to course correct, quitting your job and living in a sailboat might be a more strategic move for you and your Instagram following.

A friend of mine runs an account called @TalkThirtyToMe, which mostly posts memes that I can relate to as a somewhat functional 30-something. She recently drew my attention to Dulles Elementary, a public school in Chicago, where the kids need but can’t afford things like gloves, books, and pencils, just to get through the school year. These are items that most of us take for granted, and I think in this great country of ours, no student or teacher should have to worry about something as seemingly simple as school supplies. Dulles is just one of many schools in our country struggling to keep up. Districts and schools are underfunded and it becomes apparent when we look at examples of students who need books and pencils, yet our President would rather spend $5.5 billion on a wall than using that same money to make a great investment in our future.

Five people woke up one day last week in Aurora, Illinois and went to work thinking it’d be just like any other day. They didn’t come home. Five police officers were also wounded in Aurora in an act of selfless courage to save lives. These stories are becoming so commonplace that we have almost become numb to them. According to a December 2018 report from the Centers for Disease Control and Prevention, 39,773 people lost their lives at the point of a gun in the United States in 2017. That number averaged out to 12 deaths per 100,000 people, a startling rate when compared to 0.2 deaths per 100,000 people in Japan, 0.3 in the UK, 0.9 in Germany and 2.1 in Canada.

Gun deaths are a reality in the United States and 90 percent of Americans believe that universal background checks are necessary for buying guns. The second amendment is a hot-button issue that many Americans have a tough time agreeing on, but the statistics support that gun violence is certainly worthy of being treated as a national emergency and, in my opinion, one more urgent than building a wall.

Letting President Trump go unchecked supports the border wall through compliance. My love for this country, the ocean, this planet, and you, is too strong to sit back and watch this happen. If you would like to help take a stand, write to your congresspeople and volunteer for organizations that are fighting to fix some of these real national emergencies. There are plenty of public organizations that can benefit from your time and efforts.