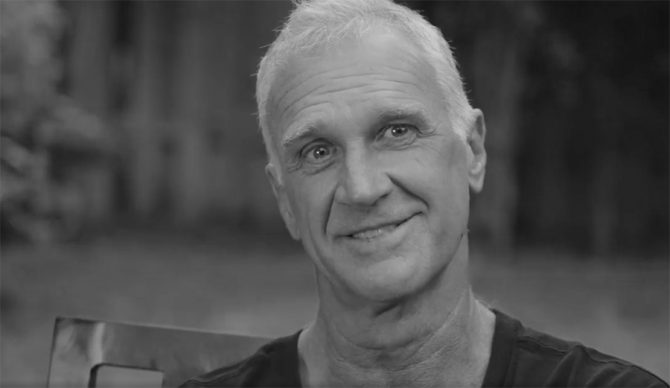 The ISA and Olympic Committee didn’t just help decide who was going to surf in the Olympics. They also chose who was going to announce the surfing as it happened, and thereby introduce the pursuit to the non-surfing world. In my view, they couldn’t have made a better choice than 1988 world champ Barton Lynch. The Australian Sporting Hall of Famer has been described as the thinking man’s surfer, and has made a name for himself since his tour days as one of the most coherent and insightful commentators out there. Throughout the Olympic debut, BL dropped some absolute nuggets that even the most seasoned surfer could appreciate. Here are some of my favorites:

Ramzi Boukhiam vs. Michel Bourez | Round 3
“Its all about the joy. In surfing we call it stoke. Surfers are stoked and surfing makes you stoked. It brings something to your life that’s so meaningful, that connection to nature.”
—
“The tube ride, that’s why we all surf, cause we’re addicted to that feeling.”

“Kolohe Andino definitely getting the upper hand on that opening exchange, and here we see it. Compresses in, perfect section for it, flies to the air, gets the grab of the rail with his front arm, spins around, super clean, perfect grab, perfect height, and he’s looking to the beach, and he knows he nailed that one.”

Gabriel Medina vs. Julian Wilson | Round 3

“There’s a few games going on at once here. There’s the game with yourself, first and foremost, then there’s the game with the ocean, secondarily, and third is the game with your opponent, and they’re in that order of priority. But that changes with time as the heat goes on. As you get into the last five minutes, competitors use the priority in a defensive way and start to worry more about their opponent.”
—
“Medina looking, big face in front of him, is it going to close out too quickly? Will he get an air in? No he will not. In and out. He could kinda see that one was going to do that when he was looking down the line. When you’re paddling into a wave, there’s the moment that you’re in. And you’re interpreting and calculating. And then you’ve gotta look down the line of the wave and anticipate and understand what it might do in the future. And that’s what wave selection is all about, knowing what its going to give you from the start to the finish.”

Above, the man himself calling it out. Barefoot, no less.

“Significantly bigger today, you have to be more patient, because the paddle out will be significantly longer, you make a mistake with that wave selection and catch the wrong wave and you might spend two or three minutes paddling back out and burn a lot of time. So we’ll see less waves ridden and the surfers being more selective than the earlier rounds where it was frantic and frenetic and people were catching waves all over the place.”

“Medina’s a tough one. We’ve talked about his aerial ability, which is phenomenal, his surfing on the wave face is incredible, he has one of the best backhands in the world, and his aerial surfing, the gymnastics above the lip of the wave, nobody is really much better than him in that way. And then there is his strategic mind, his understanding of the rules, his ability to use those rules to his advantage – nobody is as good of a competitor as Gabriel Medina. I think that’s a fair call. There are other people who surf as well, but when it comes to competition and the nitty-gritty strategic, tactical side, he’s the master.”

“(Italo’s) a great character, a great personality, and he’s the people’s champion. Support for surfers often goes along geographic lines, but Italo Ferreira’s energy and the type of personality that he brings to our sport and our culture extends him beyond those geographic boundaries of support. He is loved globally for the type of person he is as well as the type of surfer that he is.”

“The original boards in Hawaii didn’t have fins, and a surfer would drag their foot in the water to control its direction. And then they came to the single fin, where they put one fin on the board but it was quite restrictive in terms of performance. And as the boards got shorter, performance started to matter more. So they went to twin fins which were very squirty, very fast, but they would lose control a bit. This board with three fins that all the surfers are riding in this event and use on the world championship level, the thruster design, was introduced in 1981 by an Australian named Simon Anderson from Narrabeen Beach.

I remember the first competition that he rode it in, it was my first big international competition that I went to at Bells Beach, and it was a historic day, massive surf in the 15-foot range. And he won that event with the board and from that time on the world went to the three-fin design, and it’s still considered the high-performance fin setup of choice. There are four fin boards, called quads, and even five fin boards, so there are plenty of options, and they all have different characteristics but at this level of competition people tend to ride that three-fin setup.”

“Stoke is one of those words that surfers use all the time. Really it’s the essence of satisfaction through challenging yourself – being a surfer and paddling out into the ocean challenges you every day, every time you do it. You can never beat the ocean, you’re never the boss, it’s always the boss, and it brings such joy into your life to be engaged with the ocean in the way we do, riding waves.”