10 of the Best Surf Break Names 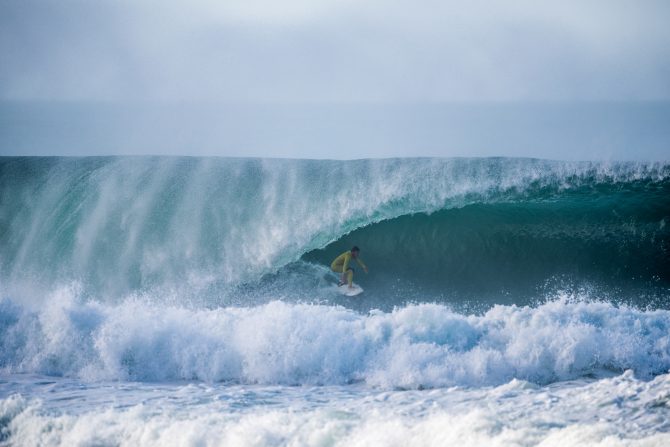 Most surf break names suck. Those who labeled them preferred either using their namesake to christen the wave or associated it with some nearby topography. Trestles, for example, gets its moniker from the train trestles that line the shore. So innovative! Arguably the most prominent wave in Southern California possesses the most drab, predictable name. Despite having the entire English language available, the majority of spots sound like they got barfed out of a broken Speak and Spell.

The wave is not a supporting character in surfing’s lore – it’s the star of the show. These exciting liquid walls should have equally thrilling titles. Thankfully, a few stand out from the monotonous masses to give the wavescape some character. Following are some of the best:

Supertubes/Supertubos – Getting barreled is fun and all, but have you ever been SUPER BARRELED? Supertubes (note the J-Bay section of the same moniker) sounds like it was named by a 1990s American PR firm that thought Poochie the Dog was a good idea. And you know what? It works. Supertubes is a rad designation because it is equal parts wacky and accurate, and I value wackuracy.

So Many British Breaks – Leave it to the people that invented the English language to have some of the best names in the wave world. Everything sounds straight out of a Game of Thrones episode. Tell me you don’t read spots like “Gwithian,” “Porthtowan,” or “Trebarwith” and immediately begin to wonder not if dragons reside there, but how many.

The UK is also home to Lusty Glaze, which I assume is a shiny, seductive topping to be used on meat or poultry. And Whipsiderry – the British pronunciation of “Whoopsie-daisy.”

Jaws – This Hawaiian big wave spot evokes the ocean’s only cold-blooded killer more famous than Kelly Slater. It’s also a flawless illustration since dropping into one of these frothy Maui bombs seems like hurling yourself into row after row of flesh mauling teeth.

The wave is so big, it will likely make you exclaim, “We’re gonna need a bigger board!” I’m sure no one has ever made that joke before. Pats self on back for a job well done.

The Rock has star power. It’s not just any rock – it’s THE definitive rock. A rock in which all other rocks aspire to be. If I am going to get my face bashed or board broken by an aqua crag, I want it to be from the largest, strongest, most famous rock. Not some bum underwater poser bolder.

Pasta Point – Somewhere on an Italian island chain known as Olive Gardens, you can find this break next to Breadstick Beach. Join them for Unlimited Wave Wednesdays! 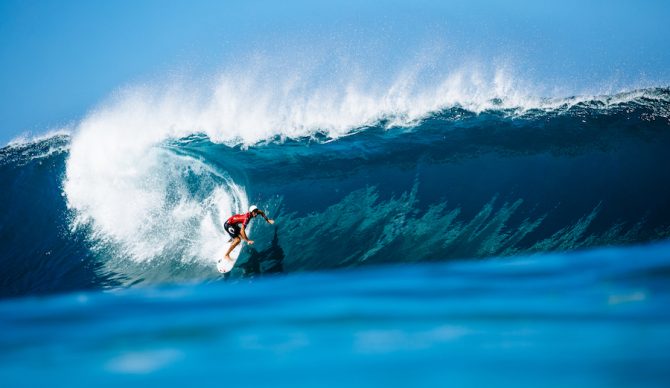 Banzai Pipeline – Hawaii’s second appearance on this list (because Hawaiians know a thing or seven about surfing), Pipeline is a wave that looks like a roid-raging Super Mario started chucking empty pipes onto the North Shore’s most beloved reef. And, if I was about to die from the hands of a drug-addled plumber, I would be screaming some sort of battle cry as I fight for my life. All wave names should strive for this level of descriptive accuracy.

Cloud Nine and Cloudbreak – The most fun aliases come from solely describing the features of the wave. When I was a kid, I thought both of these waves were magical based on name alone. These mystical waves that danced among the clouds were more enchanting to dream about than another inlet, pier, or river mouth. This was all before I learned they could turn faces into jelly.

Cyclops – Look at this thing. Humans actually think dropping into this hairiest of eyeballs is not only a good idea, but fun. A one-eyed monster of the most ferocious order, Cyclops is a beast poised to ravage any adventurers who dare enter its waters. Being clever and claiming to be “Nobody” may be the only way to escape its clutches.

Point Danger – Clearly home to the lair of a James Bond super-villain, Point Danger neighbors the almost as imposingly labeled Snapper Rocks. It’s as if Dr. No descended his throne high atop Point Danger and demanded that some board snapping rocks be installed to keep those pesky surfers away. That plan failed, as all super-villain plans inevitably do.