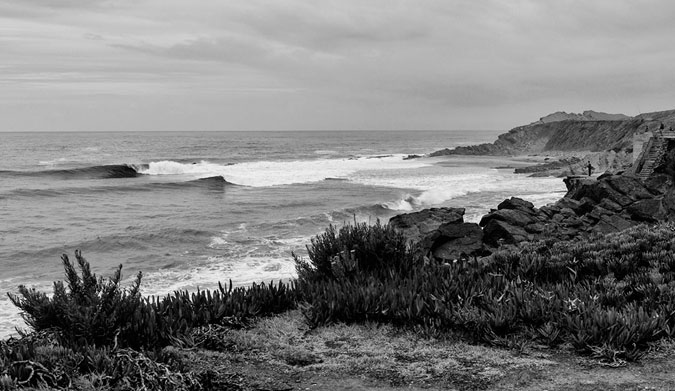 An ideal surfing location on account of the mild climate and great variety of waves, Portugal is a perfect destination for surfers of every ability. So if you’re planning a seaside road trip, take a chance to explore these remarkable surfing hotspots.

Sagres
This is a terrific surfing spot, with waves that tend to be best in spring, autumn and winter. While Sagres is the epicentre of the Algarve surfing scene for its quality spots, this area offers visitors several other interesting activities to choose from. If you enjoy diving and the exceptional diversity of sea-life, be sure to visit Divers Cape for a fantastic diving experience.

Also, you can drop by Cape Cruiser, a company that specializes in whale and dolphin watching. Coastline Algarve is the go-to place for the best water and land tours, with specialized tour guides taking you to secluded grottoes and hidden beaches along the coastline.

Arrifana – Costa Vicentina
Surrounded by cliffs and in close proximity to a small fishing village and harbor, Arrifana beach is a popular destination among surfers and bodyboarders. In addition to enjoying the stunning seaside and its great waves, visitors can enjoy a long walk through Costa Vicentina’s National Park and its plentiful woods.

Accessible by car and by foot, it is a secluded, peaceful beach perfect for surfing.

Praia do Amado – Costa Vicentina
One of Portugal’s best surfing spots due to its strong currents and steep waves, Amado beach regularly hosts international competitions and is very popular during the summertime. It is easy to access and offers a lot of parking space, perfect if travelling by caravan or if you intend to spend the day sunbathing or going for a swim in its clear waters.

Praia de Carcavelos – Carcavelos
Just 24 km away from Lisbon, Carcavelos beach is among one of the most popular and frequented beaches in the city. During the summertime, be sure to arrive as early as possible to avoid the crowd and to secure a good spot. Its safer waves also tend to attract a lot of beginner surfers, so choose your timeslot and location wisely to avoid overcrowding.

Around it are several restaurants and bars with cheap menus and good food. Carcavelos beach has shower rooms and toilets, and also a volleyball and basketball court if you want to take a breather from wave-hunting or working on your tan.

Ericeira
A fishing village north of Lisbon, Ericeira has several surfing spots to choose from, like S. Lourenço, Coxos, Pedra Branca or Foz do Lizandro. These beaches are mostly uncrowded and a popular destination for surfers, especially off season.

If you want to take a break from all that surfing and set foot on dry land just to change things up a bit, take a 15 minute trip to Mafra and treat yourself to some great traditional pastries. Be sure to eat at least once in a typical “marisqueira,” a type of seafood restaurant with several venues scattered around town and particularly when closer to the seaside.

Praia do Norte – Nazaré
Praia do Norte became famous for its gigantic waves, particularly after the month of November 2011. That was when Garrett McNamara surfed what was to be called the biggest wave of the year by the Billabong XXL Global Big Wave Awards, and gave the tempestuous, stormy sea off the coast of Nazaré an even broader international notoriety.

When passing by, be sure to visit Miradouro do Suberco, a lookout point from which you can enjoy an unobstructed, panoramic view of the coastline and seaside. Also, try out the regional cuisine – you simply cannot leave without tasting the barbecued sardines or the traditional “caldeirada,” a rich, thick Portuguese fish stew.

Peniche
Peniche’s beaches help build Portugal’s reputation as the surf capital of Europe. The most mythical contributor is perhaps Supertubos beach, world famous for its powerful waves, which many surfers call “The European Pipeline.” As far as accommodation goes, there are campsites and a few hotels between Peniche and Baleal beach, and also a selection of simple houses and apartments for rent.

The ASP World Tour hosts competitions in this otherwise inconspicuous fishing village once a year, bringing crowds from all over the world to witness Peniche’s impressive waves.

Praia do Cabedelo – Figueira da Foz
Remarkable for its dunes and wild vegetation, Praia do Cabedelo is a quiet, family-friendly beach with good facilities and an amazing view over the city of Figueira da Foz. Frequently windy, it gathers the perfect conditions for surfing, but can become a hassle for regular visitors – nothing an umbrella, sun tent or windscreen (available for rental) can’t solve, really.

Espinho
Over the years, Espinho has grown to become a very popular attraction for those in want of spending some days in the sun.With relentless and harsh waves that can scare off the most carefree sunbathing tourist, a seaside pool using sea water was built on the shore, making it a safe environment for kids to splash around. Espinho also has a casino, if you’re up for some legal gambling after a long day of riding the waves.

Paúl do Mar – Madeira
Also known as Ribeira das Galinhas, this beach is quiet and secluded, with large waves that made it one of the selected venues for the World Surfing Championship of 2001.

It is quite a remote place in the Island of Madeira, so there is not a wide variety of restaurants and snack bars to choose from. However, the food is wonderful, very typical and quite different from the cuisine in continental Portugal. Don’t forget to try the “bolo do caco,” a hot wheat flour bread with garlic butter, or drink “poncha,” a traditional alcoholic drink made from honey and lemon juice.

This infographic was first published on Momondo.com