15,000 Miles, 4 Coasts, and Just About Every Surfable Body of Water I Could Find In Between 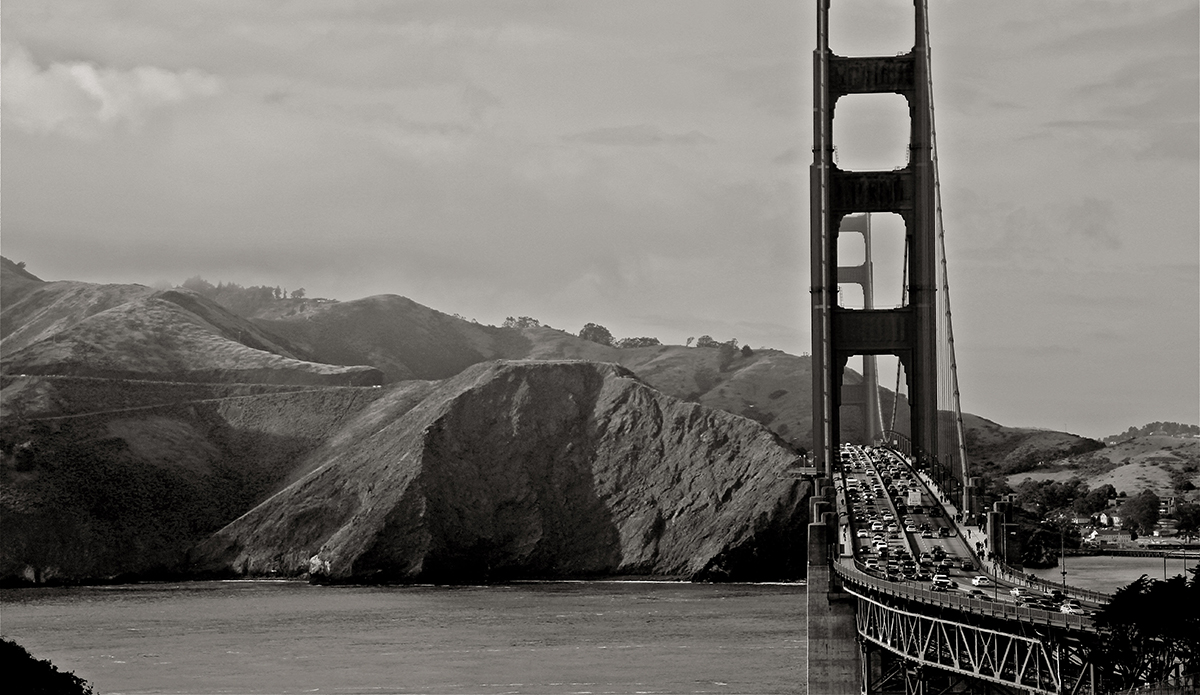 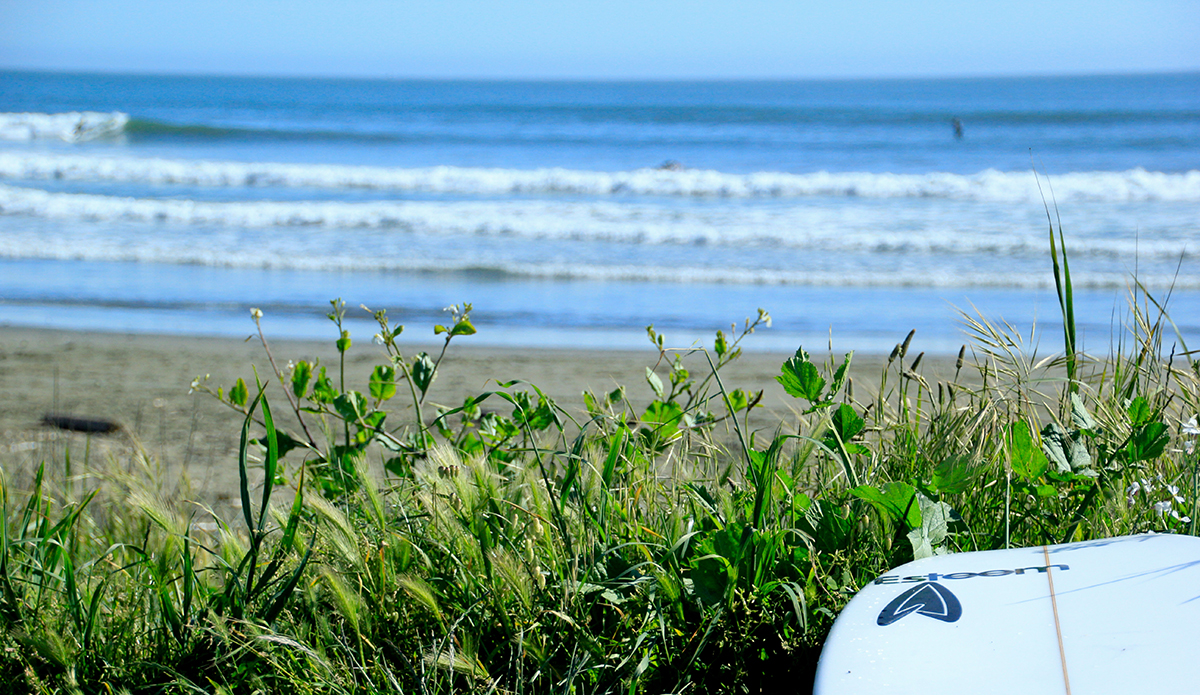 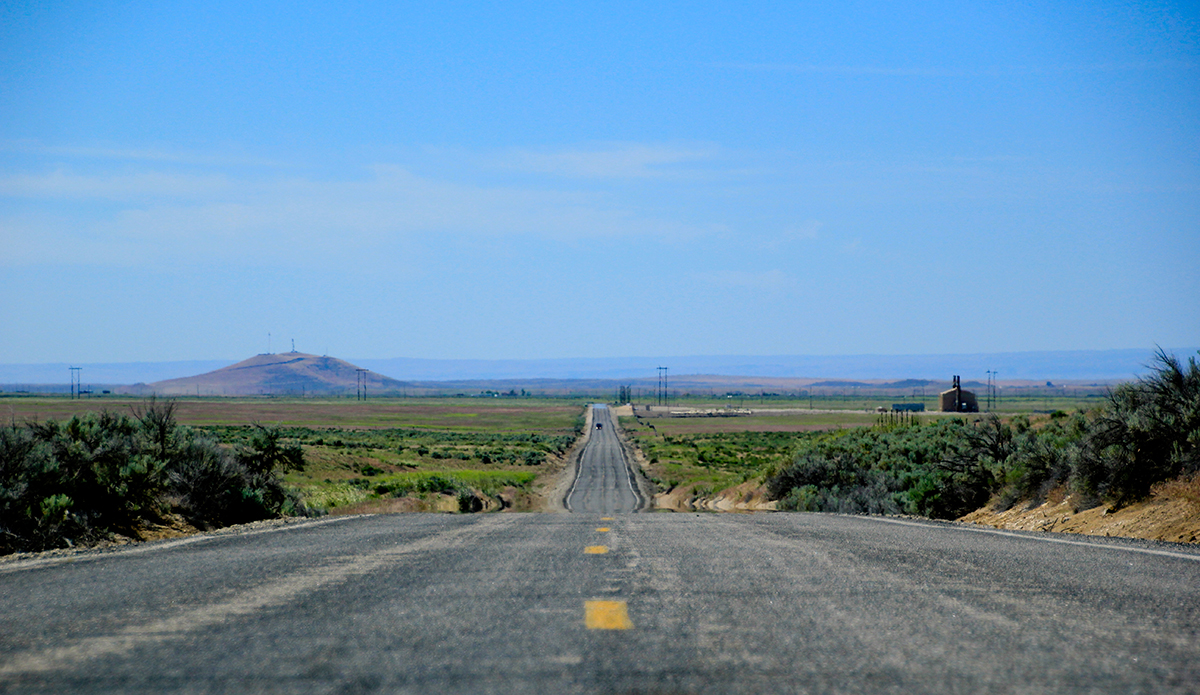 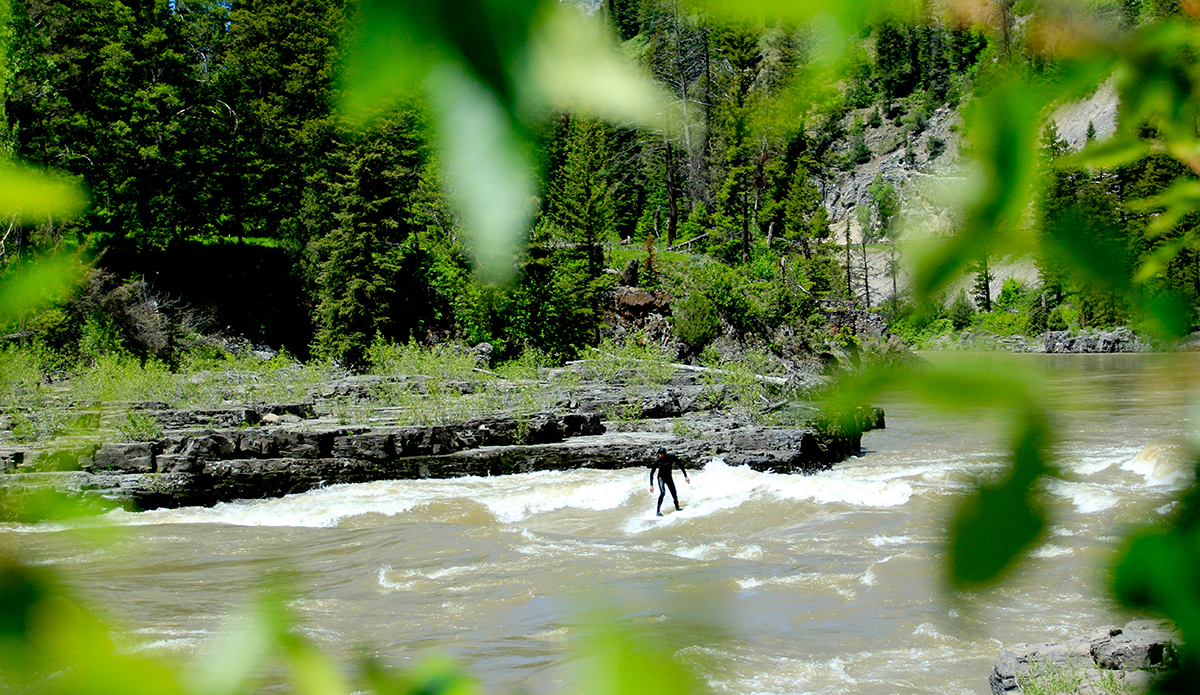 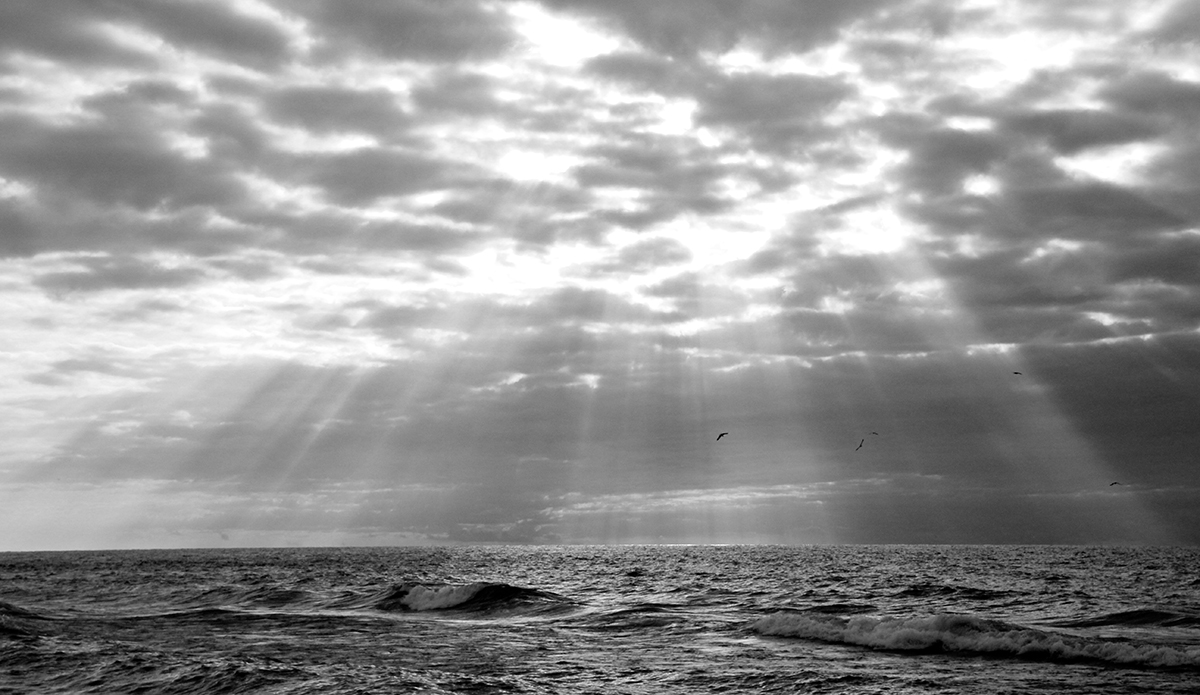 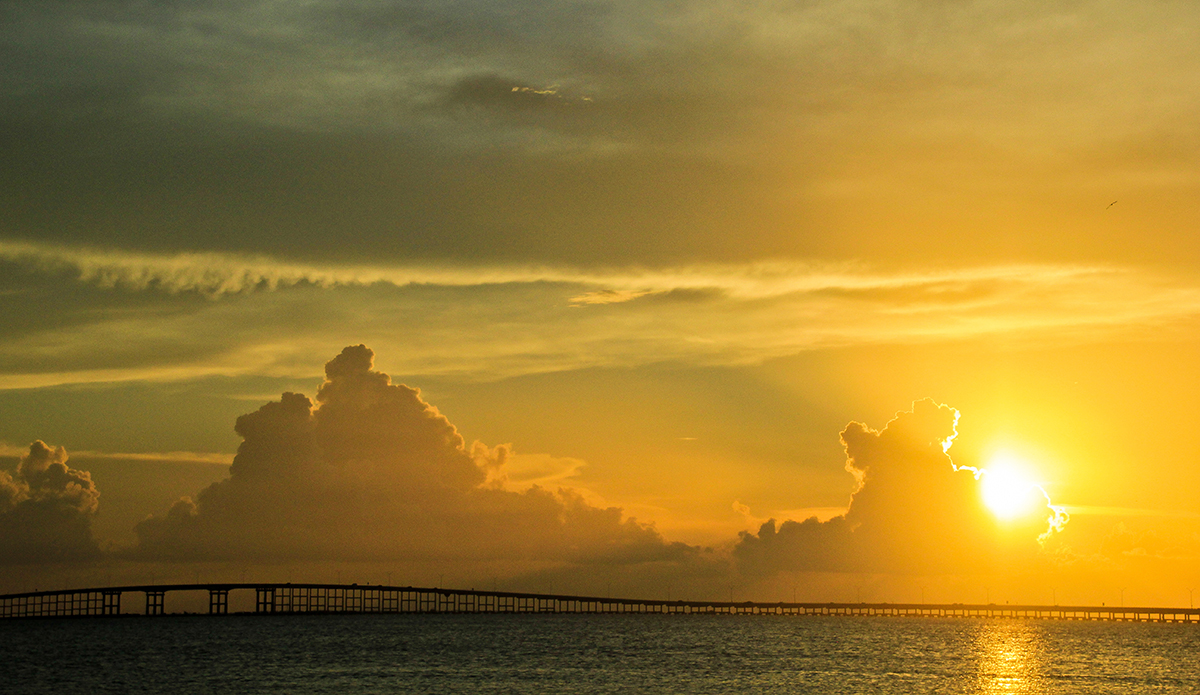 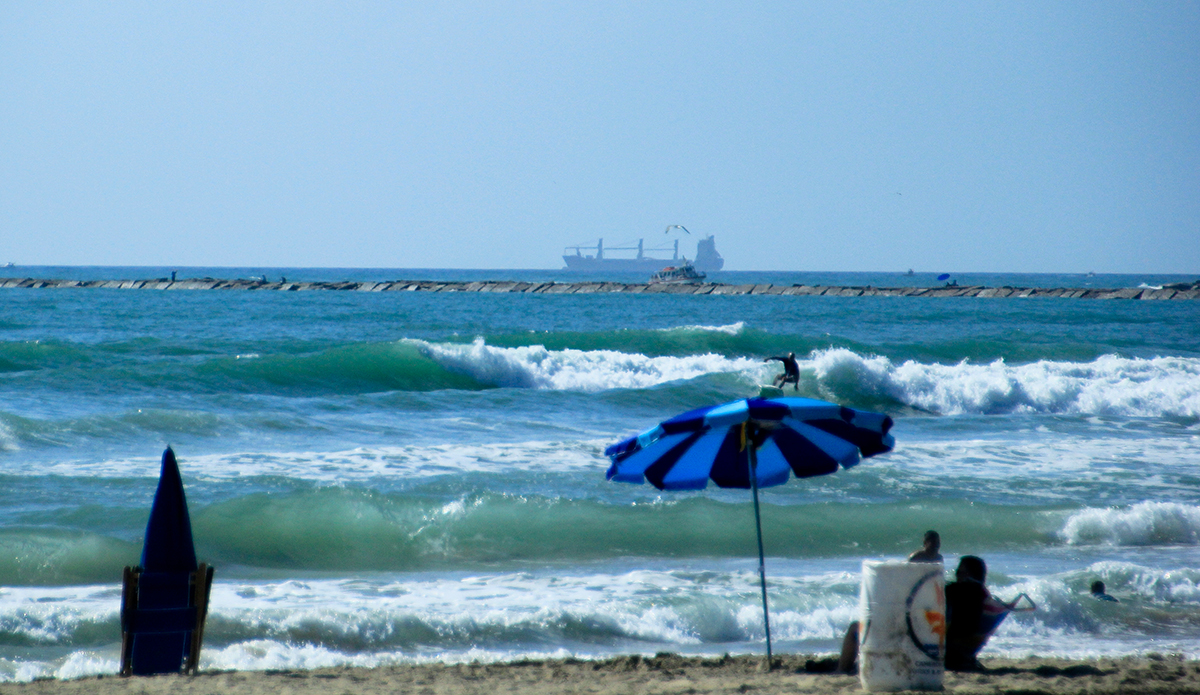 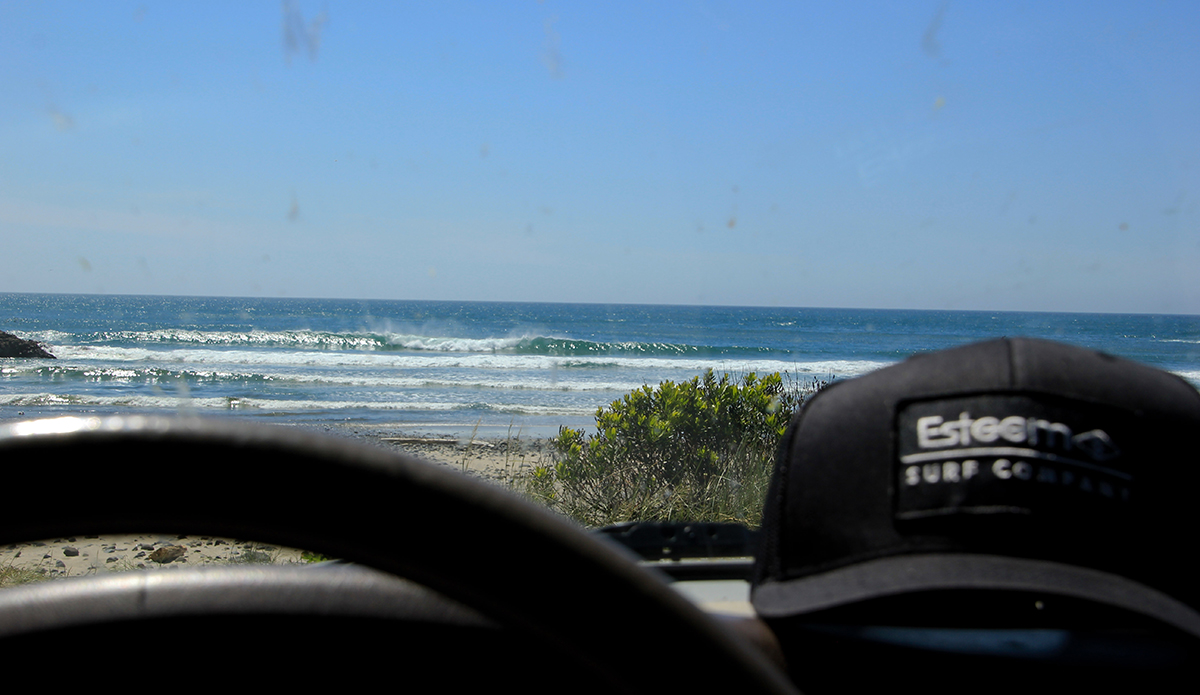 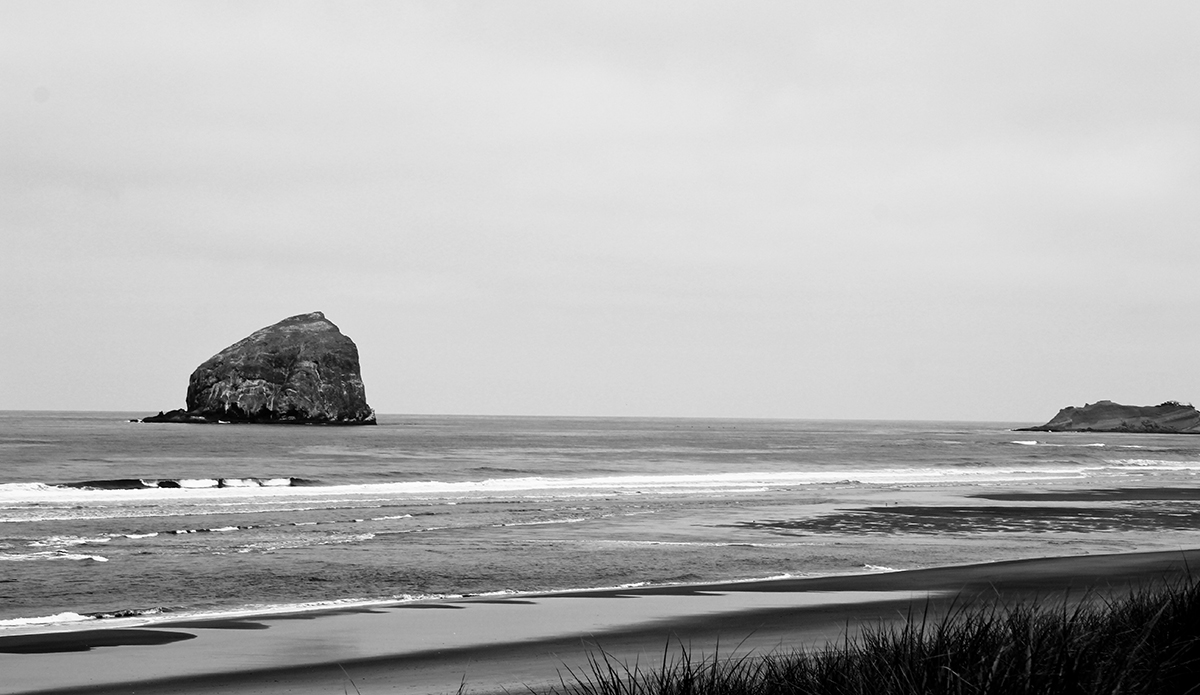 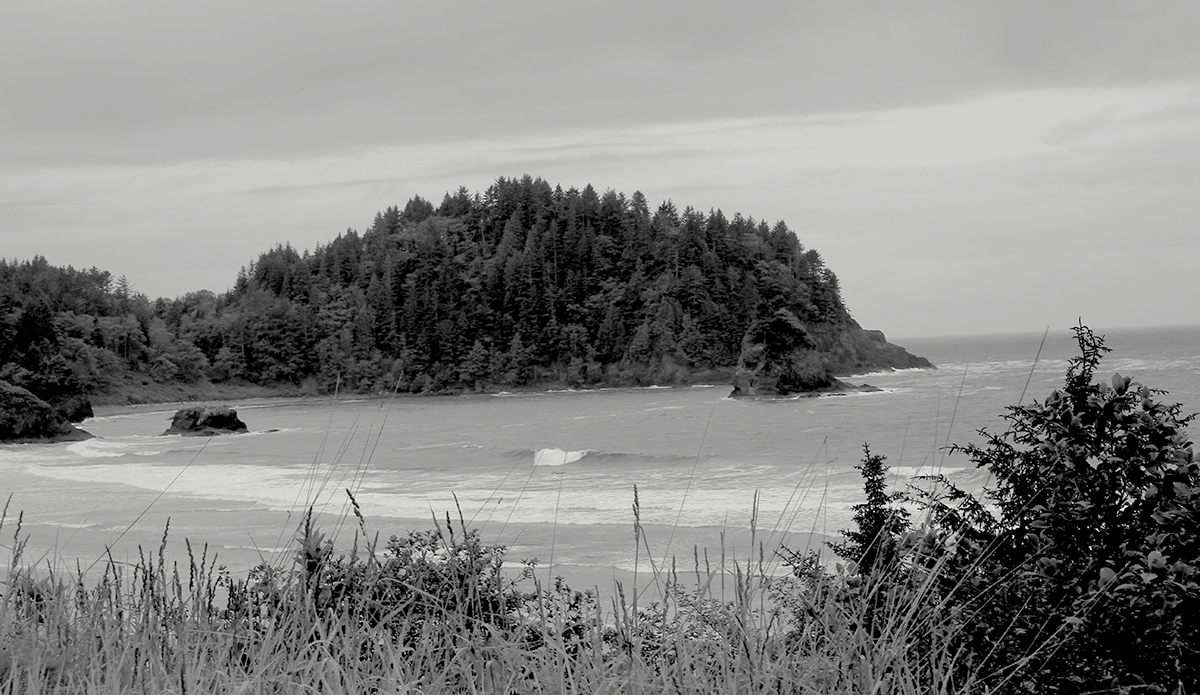 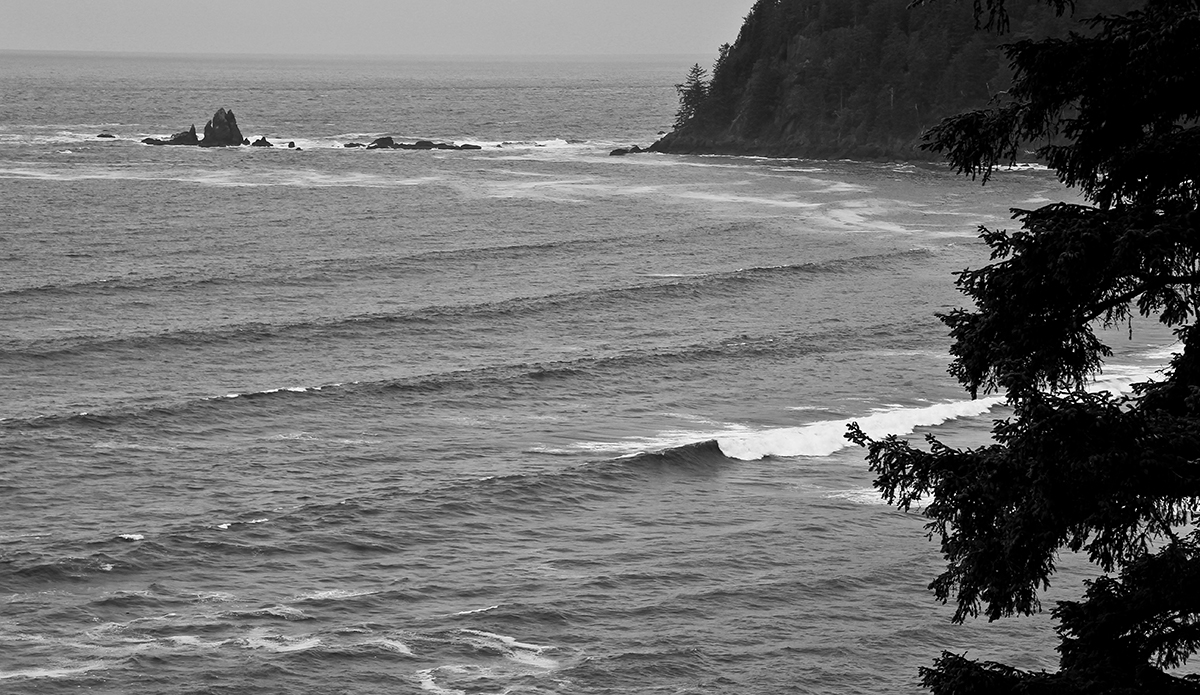 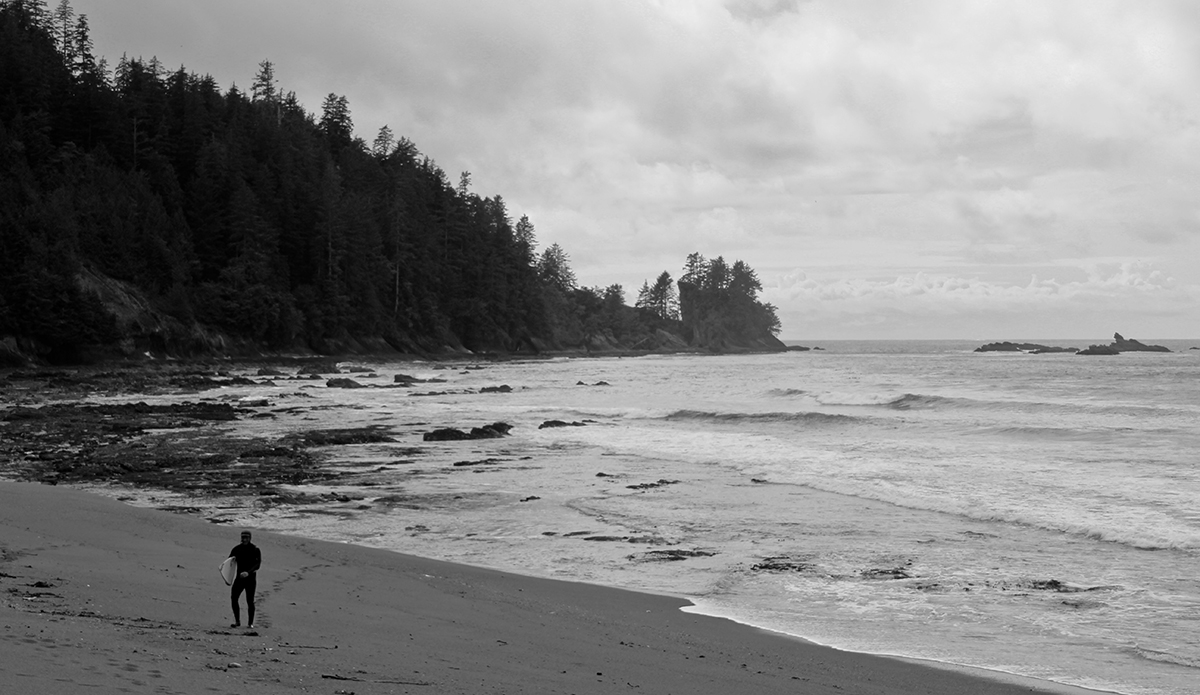 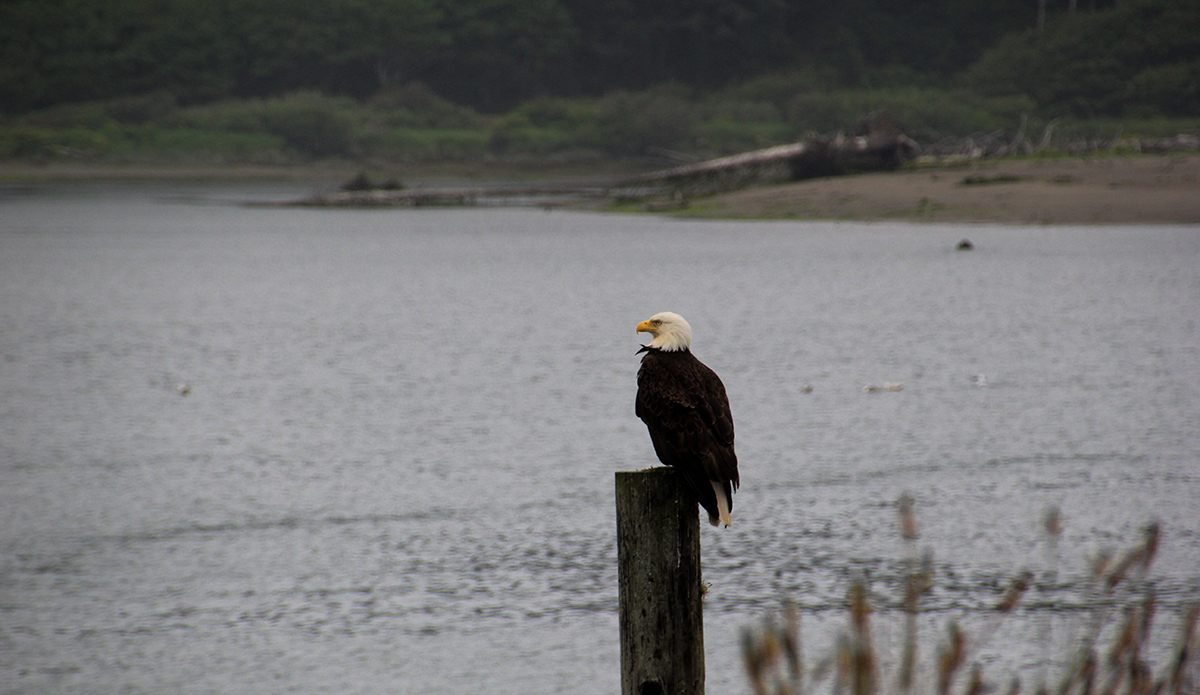 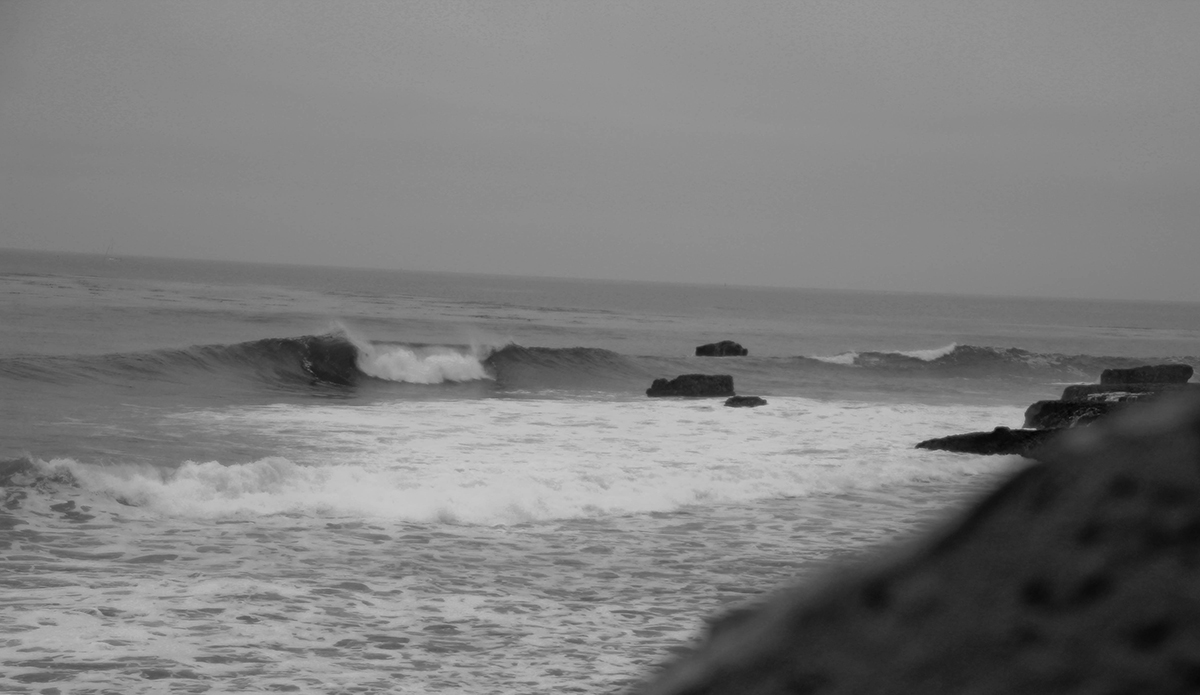 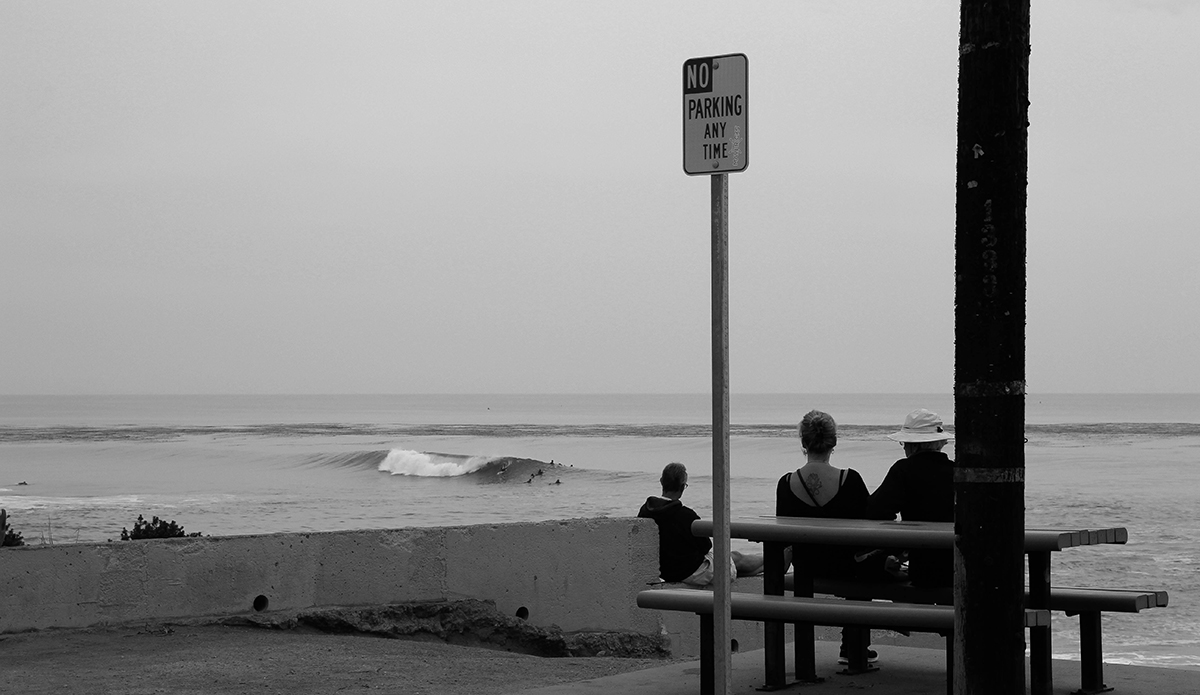 I know I’m sort of stating the obvious here, but it’s an interesting time in the United States. Is interesting even the right word? Regardless, most of what we see and hear about the U.S. these days is politically charged. I’m not going to feign naivety at the reality of our current political climate. I understand the complexities of the issues we face as a nation and the importance of those issues. But if I’m honest, I hate politics. They make everything about taking sides and less about finding solutions to real-life challenges.

In my own search for a refreshed perspective, I set out on a road trip to surf all four coastlines of the place I call home: the Great Lakes, the Gulf of Mexico, the Pacific, and Atlantic. No nightly news clips, just the open road and surfing. It was a goal I’ve had for quite some time. I know it might not be the most prestigious or exotic surf trip, and I knew I wouldn’t be scoring the type of waves I’d find in Indo or Central America, but it wasn’t about the waves.

I sold my furniture, quit my day job, and moved out of my apartment. I’m definitely no carpenter but I managed to build a bed in the back of my 2003 Toyota Tacoma pick-up truck. I turned the back of the truck into my new bedroom, said my goodbyes to family and friends, and left my home in Pismo Beach for my first stop in the Pacific Northwest.

I spent an entire night here kicking myself. I had passed up a quality righthander thinking there would be something better up the road only to get skunked. It’s one of surfing’s cardinal sins and I ended up missing good waves as a result. The conditions deteriorated the next day and I thought I’d missed what could perhaps be the only window for a decent wave during my time here. Conditions can be harsh and it’s not uncommon to have to wait out weeks of bad weather in order to get in the water.

But as it turned out, I only had to wait another day. The fact that I’d found waves of such quality again so quickly was improbable, to say the least. I couldn’t believe it. The forecast didn’t even look great, but as I pulled up to see wedges fire up and down the beach, I knew I’d found something special.

Toward the end of my time in the northwest, I happened to drive by an eagle perched on a post. It just sat there confident, content, and carefree, almost as if it were a king looking out over its kingdom. I wondered how many years these birds had flown over the waves I had just surfed, how many times they saw barrels spit with no one around to enjoy them, or if they even knew what a special place it was that they got to call home.

I found myself surfing a lot more bodies of water on this trip than I had thought. There was some boat wake in Northern California, a waterway in North Carolina, the Strait of Juan de Fuca, and as I made my way from the Pacific Northwest to Lake Michigan, I stopped to surf the Snake River in Wyoming. I’d heard about people surfing the Snake for years and figured this would be a perfect opportunity to check it out.

It’s an odd experience to pull into a parking lot in the mountains of Wyoming and find surfers waxing up their boards. And it’s equally as odd once you realize you’re doing the exact same thing.

The wave itself is pretty small, only about waist to chest high, but the river was flowing at nearly its maximum capacity to still allow for surfing. Once the river’s flow reaches a certain point, it fills with too much water for the wave to handle. I definitely didn’t prepare for having to negotiate such severe rapids and eddies during my river surfing experience.

As soon as I got down to the riverbank I introduced myself to a local surfer who had just finished his session. His name was Austin and he kindly gave me the rundown on what to do and not to do in regards to approaching the river wave. We talked for quite a while and I thoroughly enjoyed his company. In most surf communities there is so much competition for waves that locals generally aren’t eager to share information with outsiders. As cliché and cheesy as it sounds, it reminded me how much a simple act of kindness can mean to someone.

I was on the phone with my buddy Daniel Looman as I made my way through Minnesota. Looman grew up surfing Lake Michigan and has the place dialed as far as forecasting goes. He lives in Seattle now but I enlisted his help in finding waves on the Lakes. He told me if I hustled I might be able to score some waves the following day. The thing about swells on the Lakes is that they are even shorter-lived than those on the East Coast. You literally could have a swell that lasts only a few hours, so if there are waves and you want to surf, you kind of have to drop everything and go.

Looman had told me where he thought the best chance of getting waves would be, and he was right. It was only waist high but it was peaky and there was no one out. I ran back to my car to get my board. Just a couple days after surfing a river in Wyoming, I was about to surf Lake Michigan.

The beach breaks of the Outer Banks are some of the best I have surfed. It doesn’t happen often, but when it turns on, North Carolina is tough to beat. I arrived this time in the middle of summer so I wasn’t expecting much.

One of my life’s biggest blessings is the friendship’s I have around the Outer Banks. It’s hard to find words to describe the kind of generosity the community there has shown me, but every time I enter Dare County I can’t help but never want to leave. Maybe it has to do with the fact that in order to survive there, you really do have to depend on each other. A hurricane hits the place seemingly every few years and without help from each other, businesses and homes would never last. That sort of interdependence fosters a community that looks out for each other in spite of their differences. It’s the proverbial breath of fresh air.

I had arrived to waist high swell, but as I ducked under that first wave to feel the thousands of miles on the road wash off I knew it was worth it.

I looked out at the Gulf of Mexico and watched as one-foot wind chop did its best to impersonate a proper wave along the Texas shoreline. It was dismal at best. I had driven for fifteen hours to get here after being blessed with waves on the east coast, west coast, and even the Great Lakes. all that remained to surf in order to have ridden waves on all four coastlines of the continental U.S. was the Gulf.

I paddled out even though it was basically flat. The marine forecasts were saying there would be a bump in swell but that obviously hadn’t arrived yet. I figured I’d try to catch a couple just to say I’d surfed; after all, this was going to be my best shot at finding waves in the middle of summer in the Gulf of Mexico. At the very least I knew it would provide a reprieve from the overbearing Texas summer heat. So I caught a few waves then sheepishly made my way back to my truck, embarrassed to even have a surfboard under my arm.

I decided I’d stay one more night in hopes the swell would arrive by the next morning but I wasn’t going to hold my breath. I found a campsite and tried not to think about how hot it was. That night was miserable, mostly spent wiping the sweat off my face and hoping for daybreak, which eventually came with the kind of sunrise that makes me think I need to become a morning person. I made some oatmeal and coffee, packed up my truck, and headed to the beach for one last look. I wasn’t expecting to surf based on what the waves were like the night before, but I wanted to check it just in case. I’m glad I did.

From Sea to Shining Sea

I drove roughly 15,000 miles, surfed just about everything that is surfable in the continental U.S., and scored ridiculously fun waves in locations I never would have imagined. It’s a pretty special thing to be able to get in your car and drive until you’re either lost or completely alone. It’s even more special to be able to do that and find waves along the way. As much as I love traveling and visiting other places in the world, this trip reminded me how grateful I am to call this place home. For all the nonsense that we have to put up with from our politicians, what truly makes this land special are the people that inhabit it and the places that we get to enjoy.