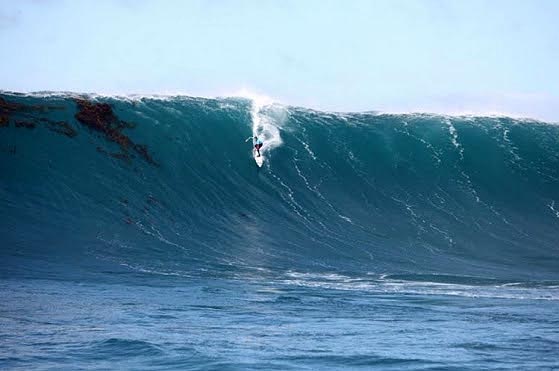 “The big wave community is one built on respect and a collective admiration of the ocean,” said BWWT Founder Gary Linden. Photo: BWWT

The ASP has announced the schedule for the 2014/2015 Big Wave World Tour. With Grant Baker recently taking home a win at a pumping Mavericks Invitational, there is no doubt that the BWWT puts the best surfers in the best waves.

Joining the classic breaks of Punta de Lobos (Chile), Pico Alto (Peru), Todos Santos (Mexico) and Punta Galea (Basque Country Spain) will be two new events in Dungeons (South Africa) and Pe’ahi aka Jaws (Maui). Noticeable in its absence from the list is the Mavericks Invitational.

Now that the ASP has fully acquired the BWWT, there seems to be a greater sense of legitimacy that was lacking in years prior. Top ASP surfers will now be able to compete in the event, facing waves in the 25 foot and above range.

“This year’s ASP BWWT schedule is a great start to the new season,” Peter Mel, former BWWT Champion and ASP Deputy Commissioner, said. “The addition of Dungeons and Pe’ahi really cement the foundation of this Tour in determining the world’s most comprehensive big wave surfer. The variety of each of these breaks and the culture of the local communities makes this a very special thing to be a part of.”

The two-part schedule will take place in both hemispheres, lining up with swell conditions: