2017 Rio Pro Gets A Change of Venue, WSL Blames Wave and Water Quality 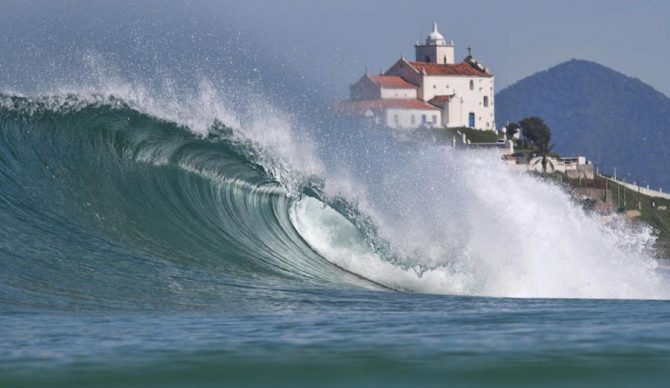 The Rio Pro has officially been relocated to Saquarema. Photo: WSL

The WSL announced Wednesday that the 2017 Rio Pro will be relocated to Itaúna Beach, Saquarema, citing poor wave and water quality at past year’s events.

Since 2012, the Rio Pro has been held at Postinho, about 16 miles south of the city center. But a heightened media presence in the lead-up to this year’s Olympic Games revealed the extremely poor water quality of various local waterways. An article in Newsweek revealed, for instance, that Guanabara Bay was “teeming with human excrement.”

It’s no secret that the event has been very touch and go over the years in terms of wave quality. And with the variety of higher quality breaks in the Rio area, compounded by declining water quality, and crime (e.g. the shooting witnessed by Conner Coffin and Carissa Moore), the WSL finally decided after the 2016 Oi Rio Pro to explore other options.

“Postinho was a great spot, but we rarely got it at its best and the water quality in recent years has been a big challenge,” said WSL Commissioner Kieren Perrow in a statement.

The WSL is hopeful that the new event site in Saquarema, located about 60 miles north of Rio, can deliver more consistent surf with better water quality.

“The athletes will benefit from its consistency and potential for excellent waves,” said Perrow.

Saquarema has hosted a number of QS events over the years, but this will be the second time the ‘CT will run there since 2002.