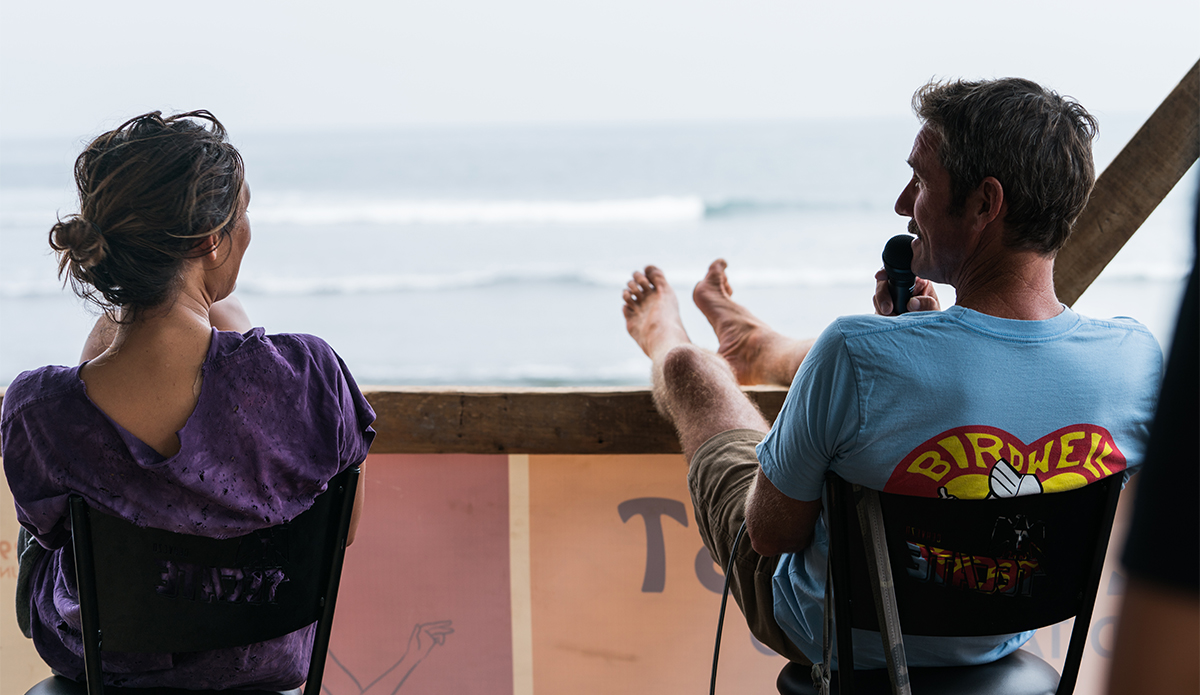 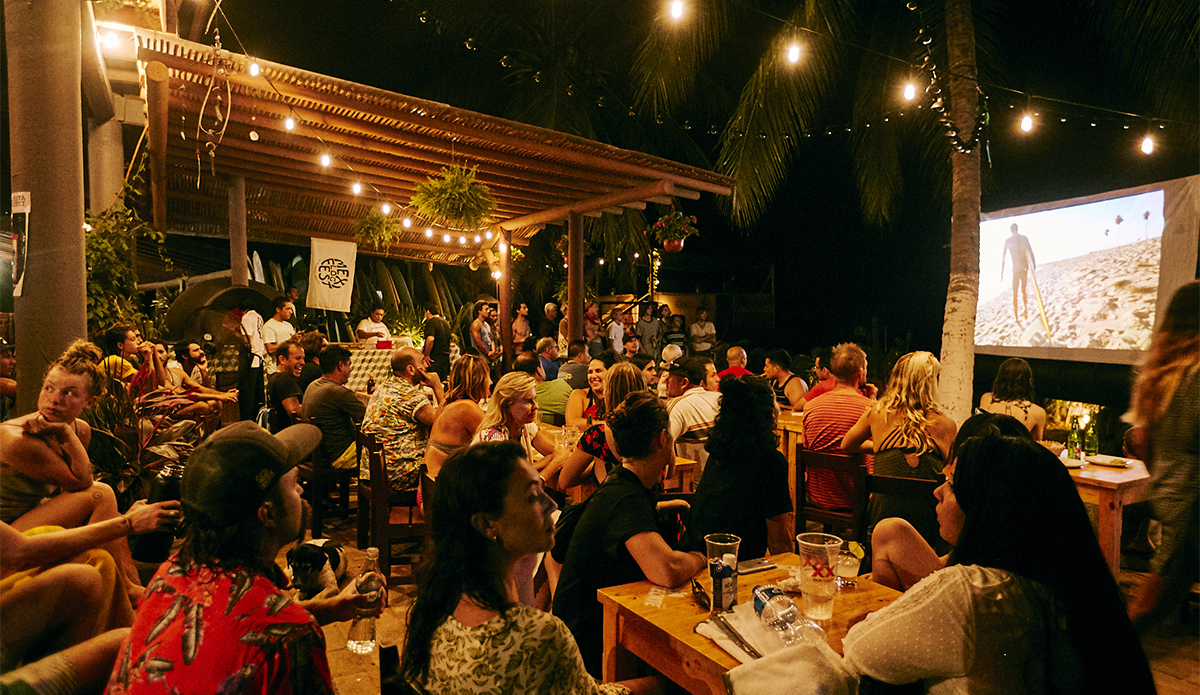 One of the week’s nightly festivities was a surf film showcase created by the attendees. Photo Abdul Ortiz 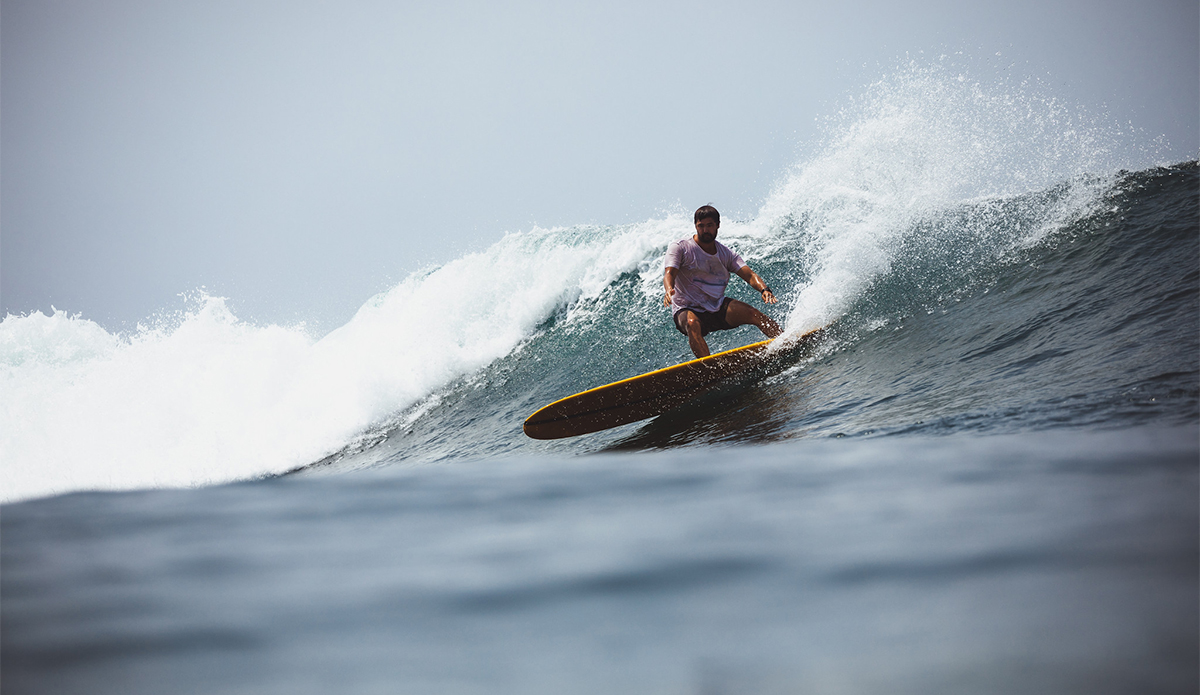 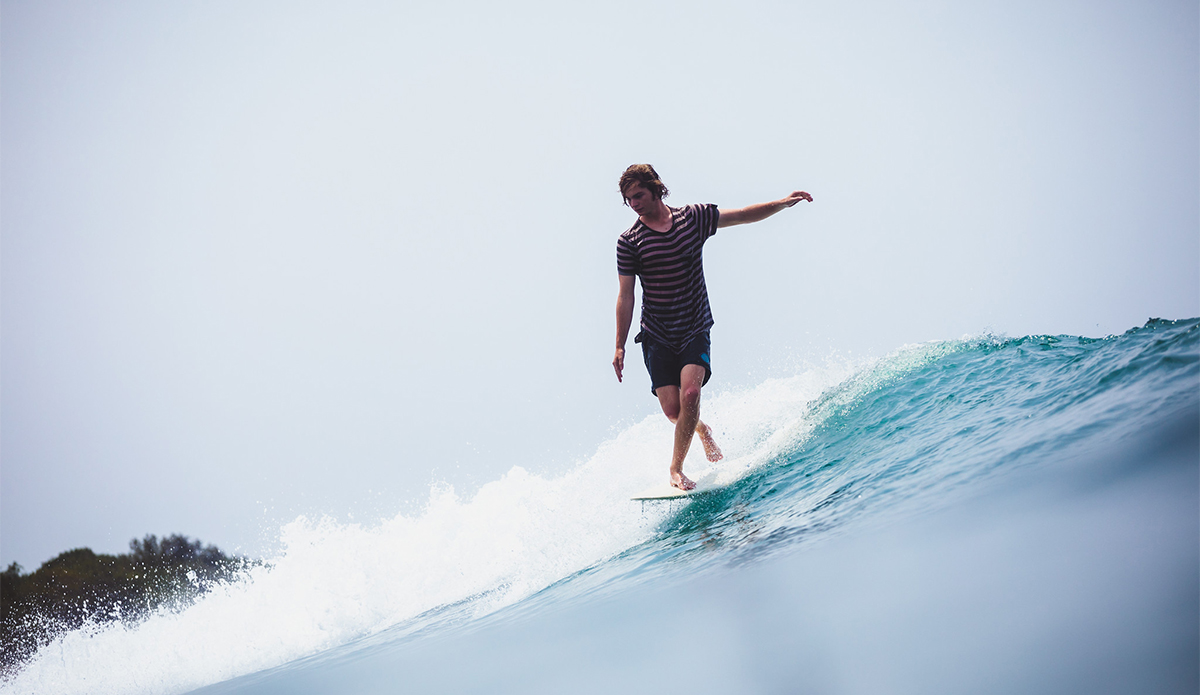 Reilly Stone’s style was on point in the freesurfs and during the contest. Photo Sarah Lee 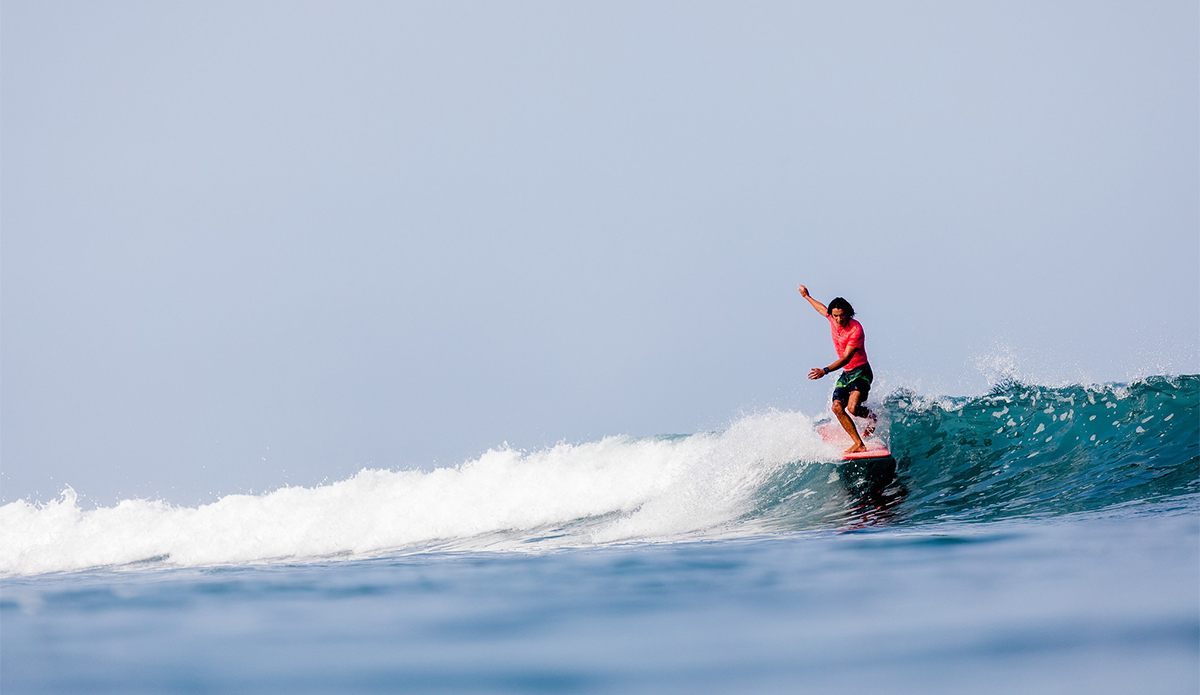 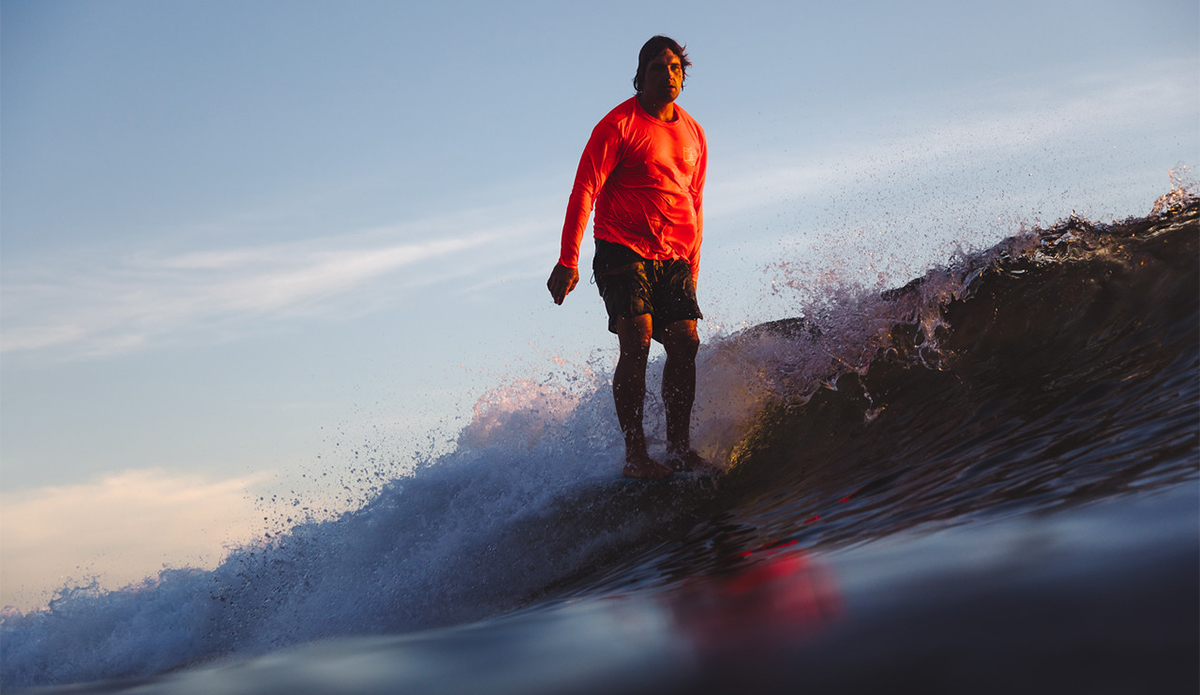 Johnny Pitzer is an underground ripper from Maui. He was holding the longest most technical hang tens of the week. Photo Sarah Lee 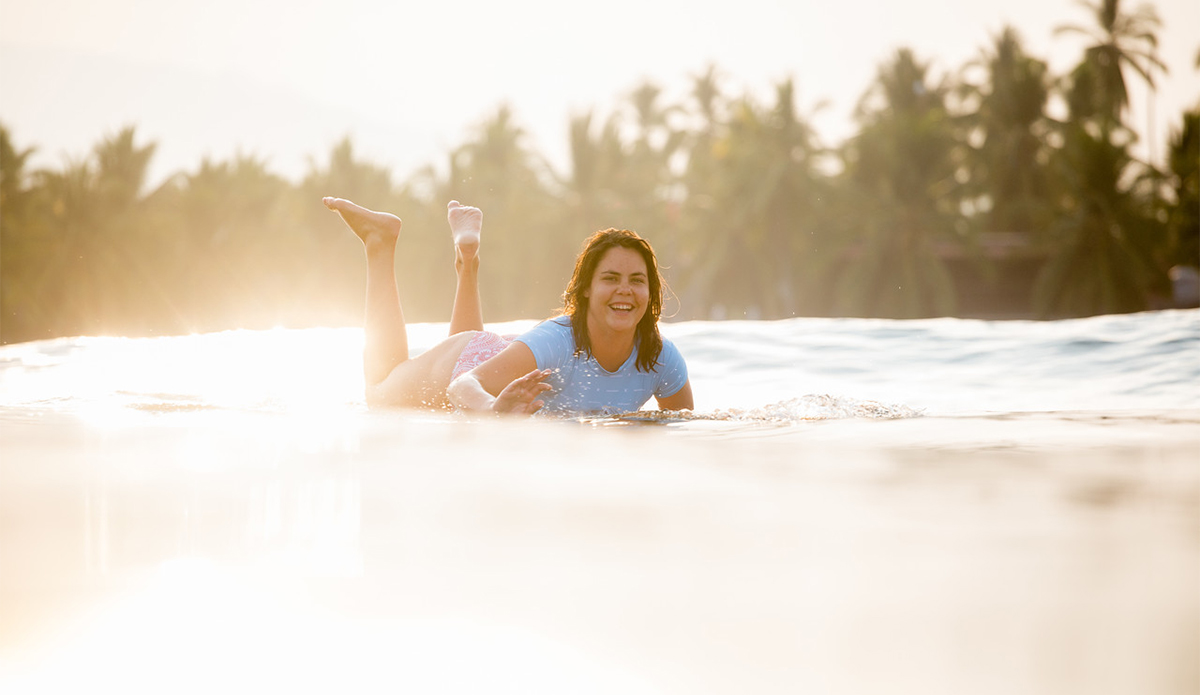 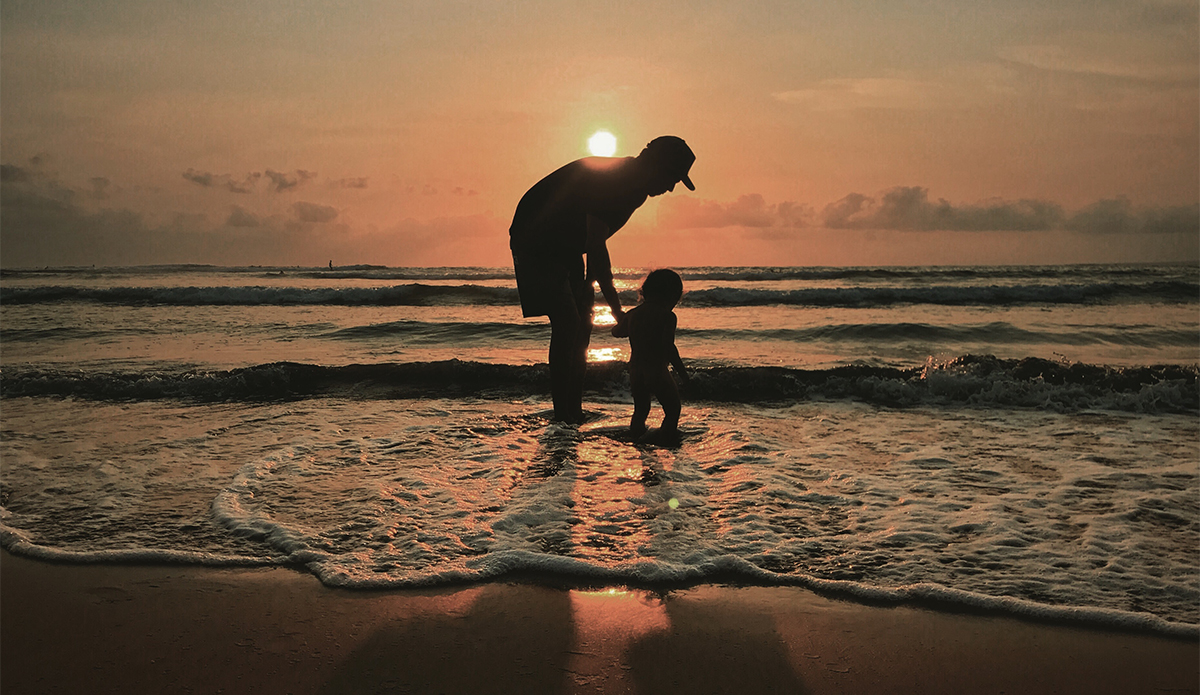 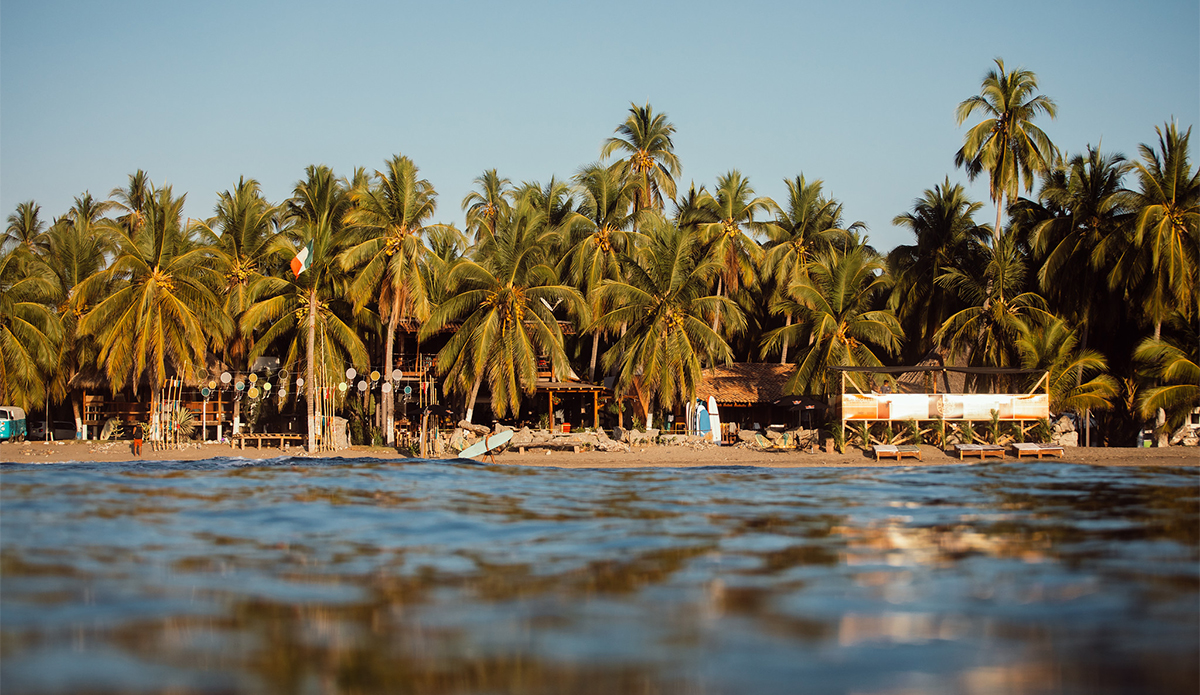 For one week this was the zone. Photo Sarah Lee 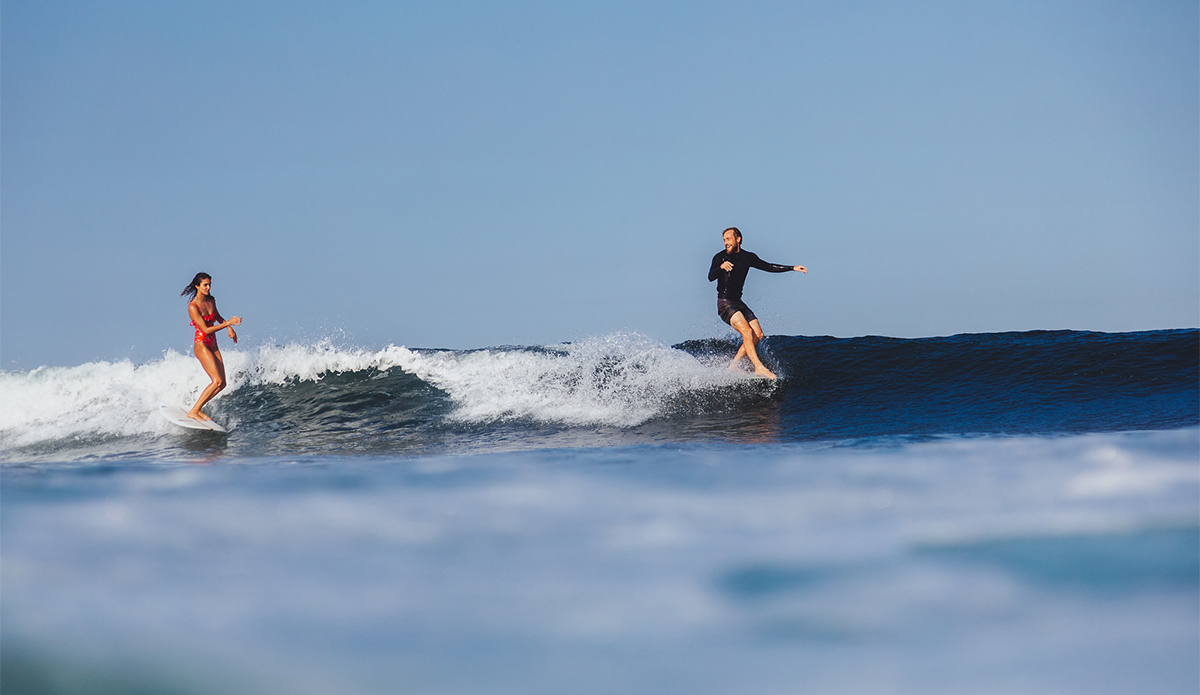 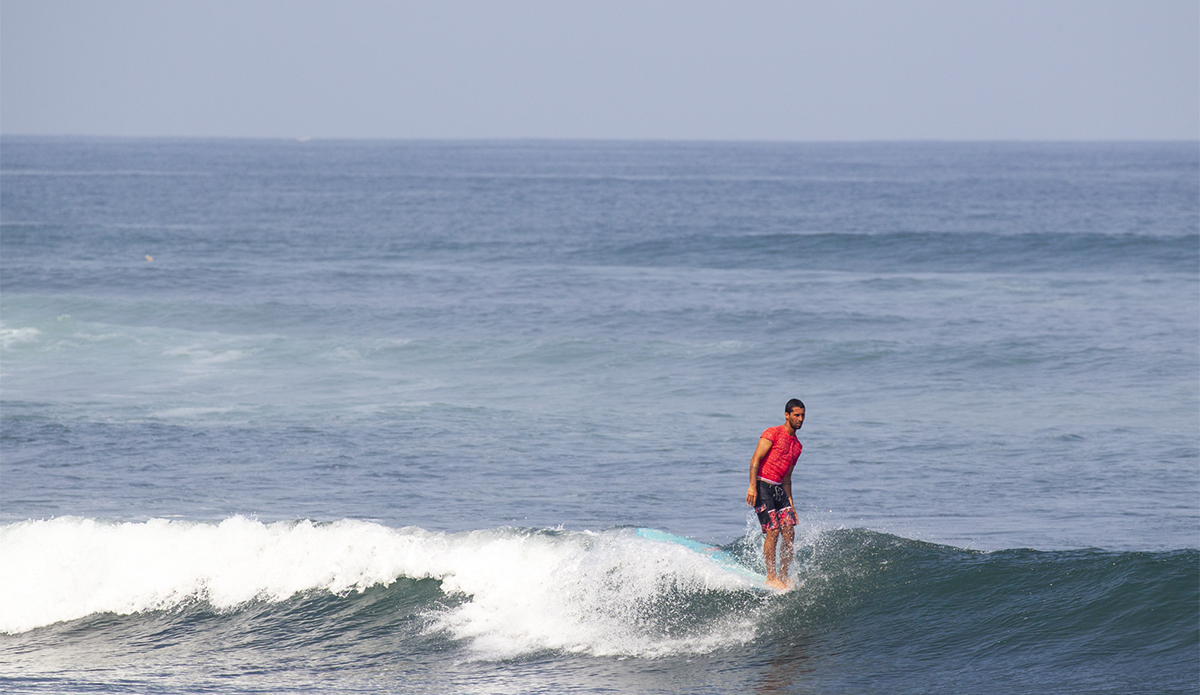 Men’s division winner Augusto Olindo surfed powerfully and consistently throughout the event. This Brazilian is an amazing surfer. Keoki Saguibo 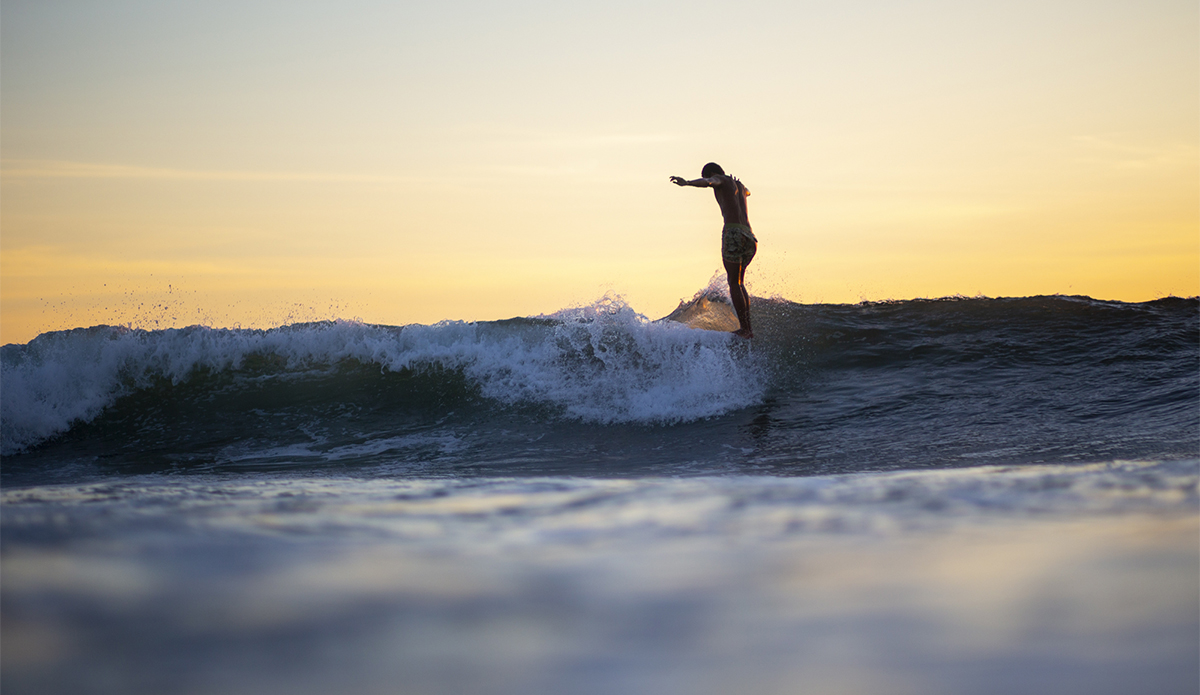 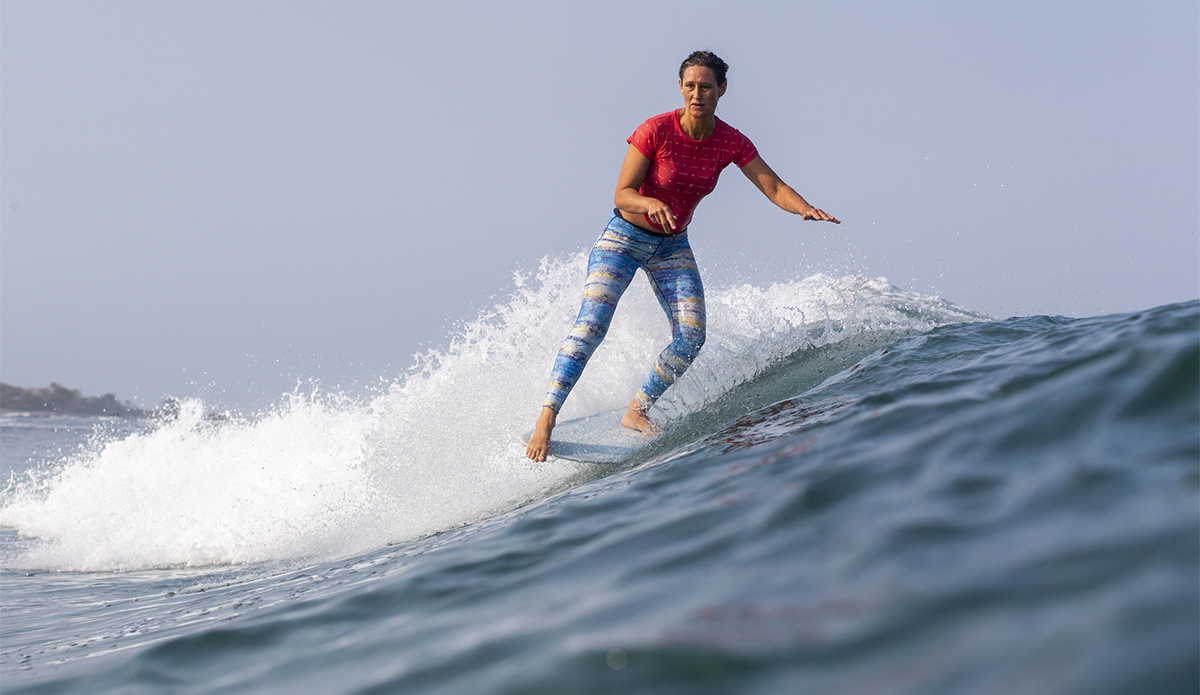 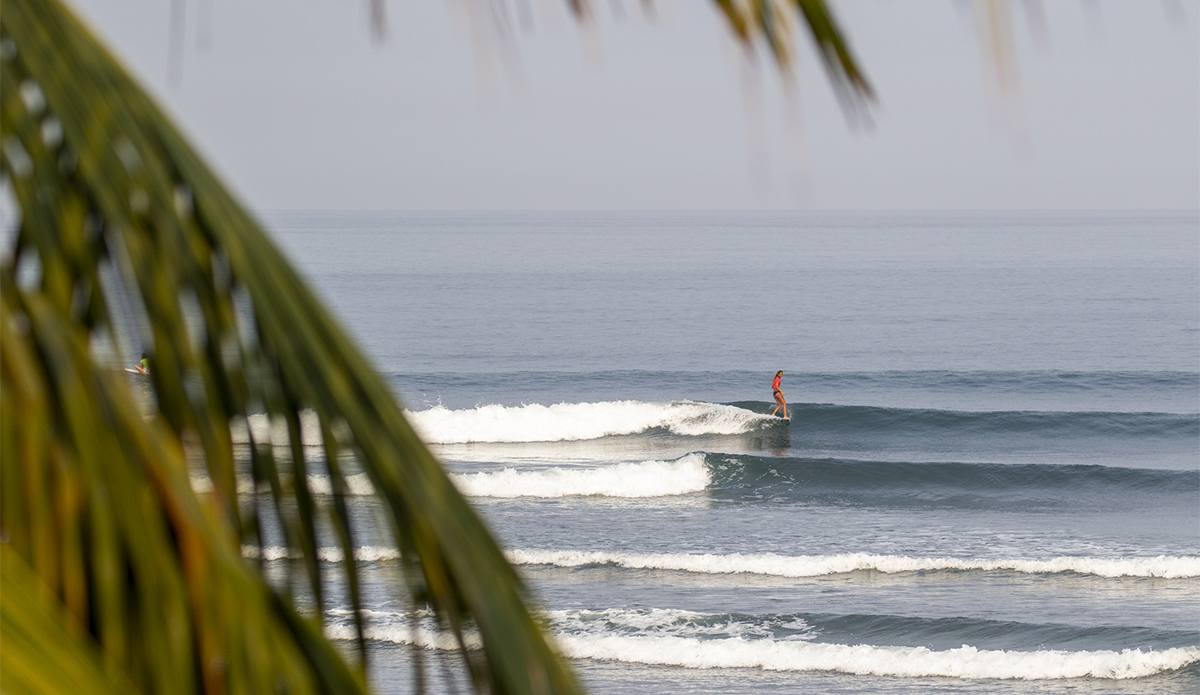 Woman’s division winner, 14 year-old Kelis Kaleopaa, on a clean wall during the final day of competition. She impressed with effortless grace on her board from tip to tail. Photo Keoki Saguibo 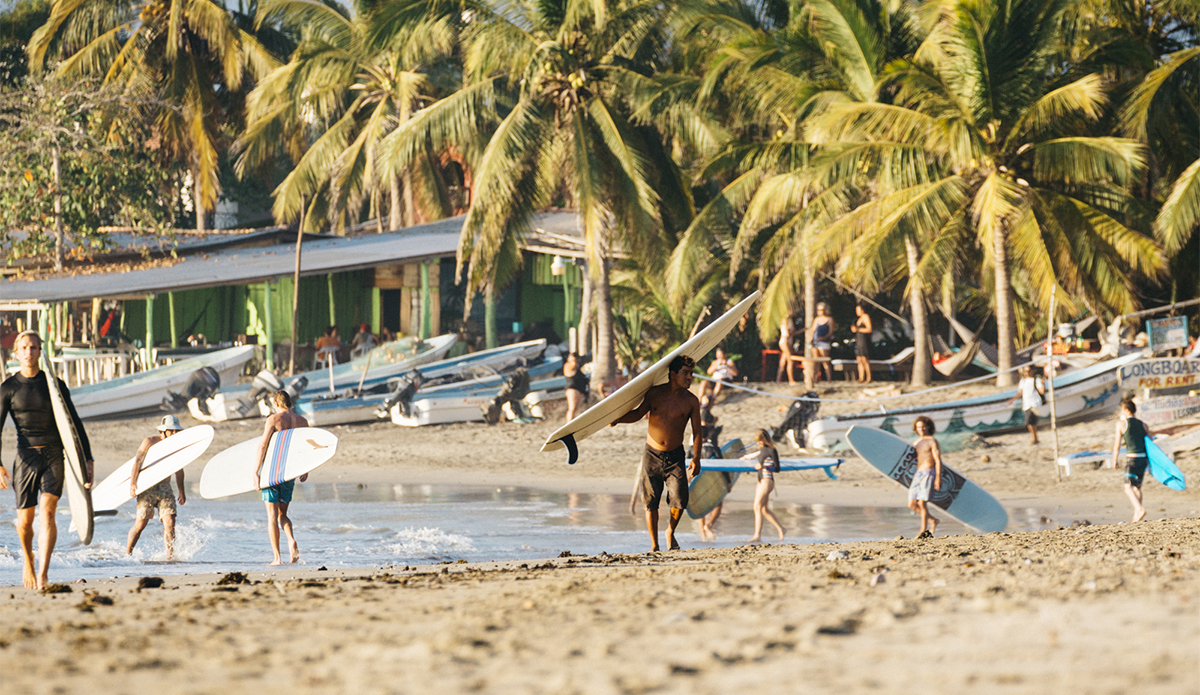 A typical scene of fishing boats, coconut laden palms, and surfers walking up the beach after long rides down the point. Photo Keoki Saguibo 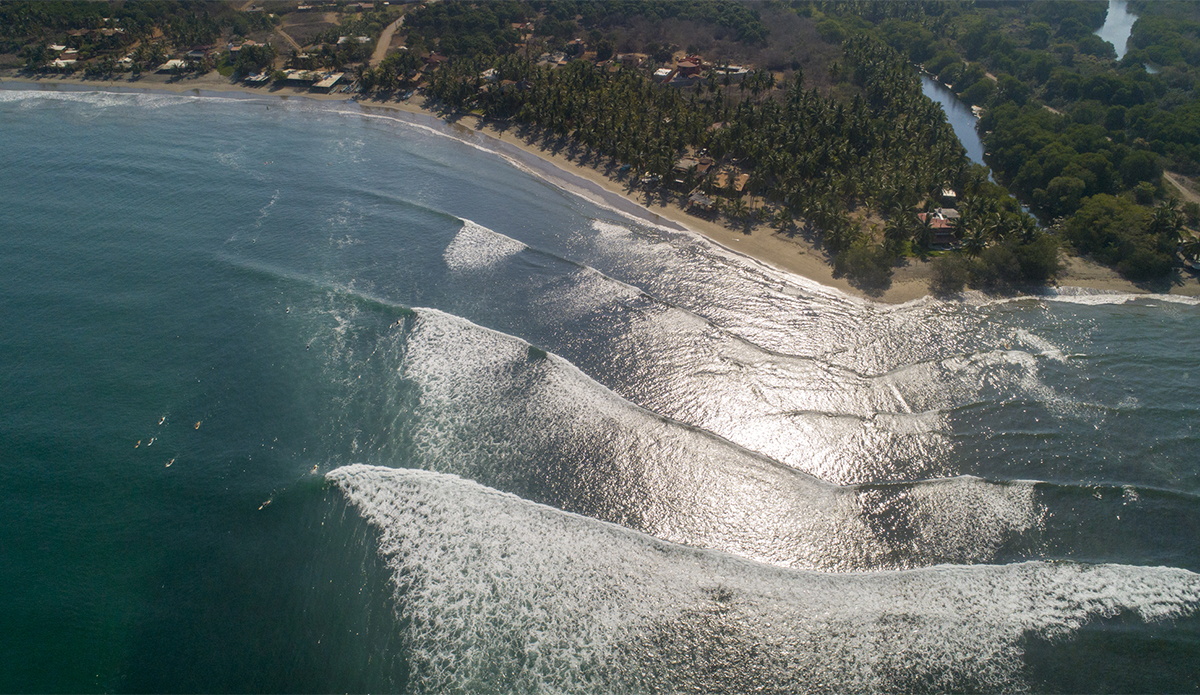 The break from above. Photo Keoki Saguibo 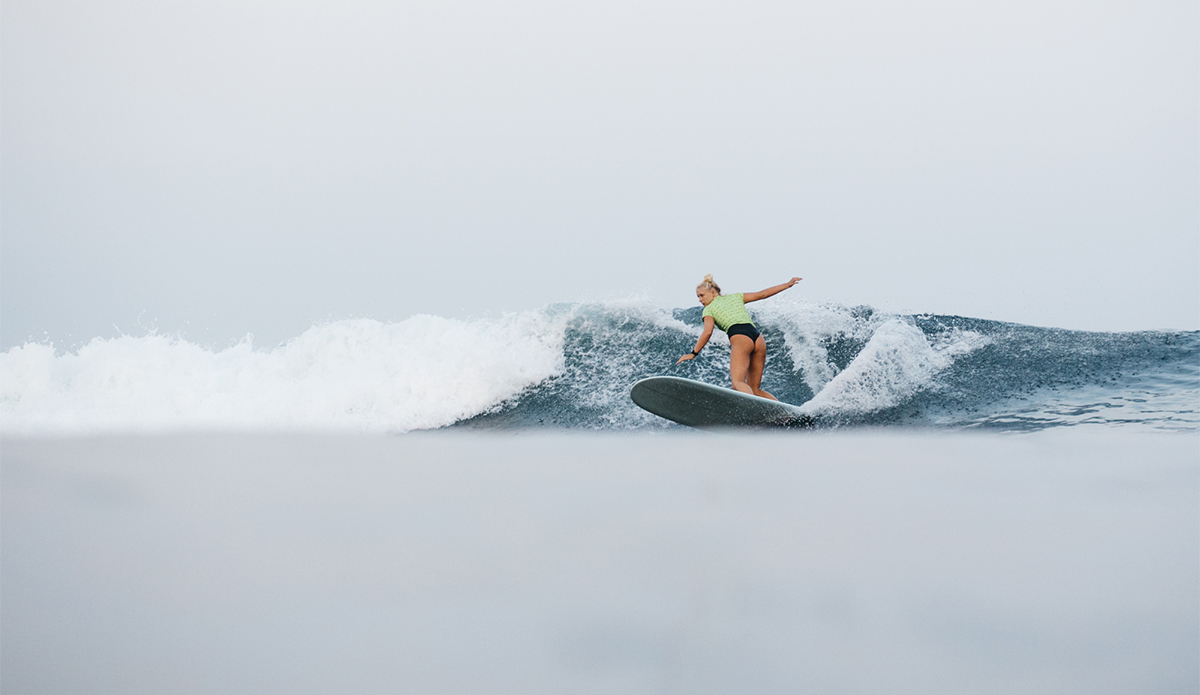 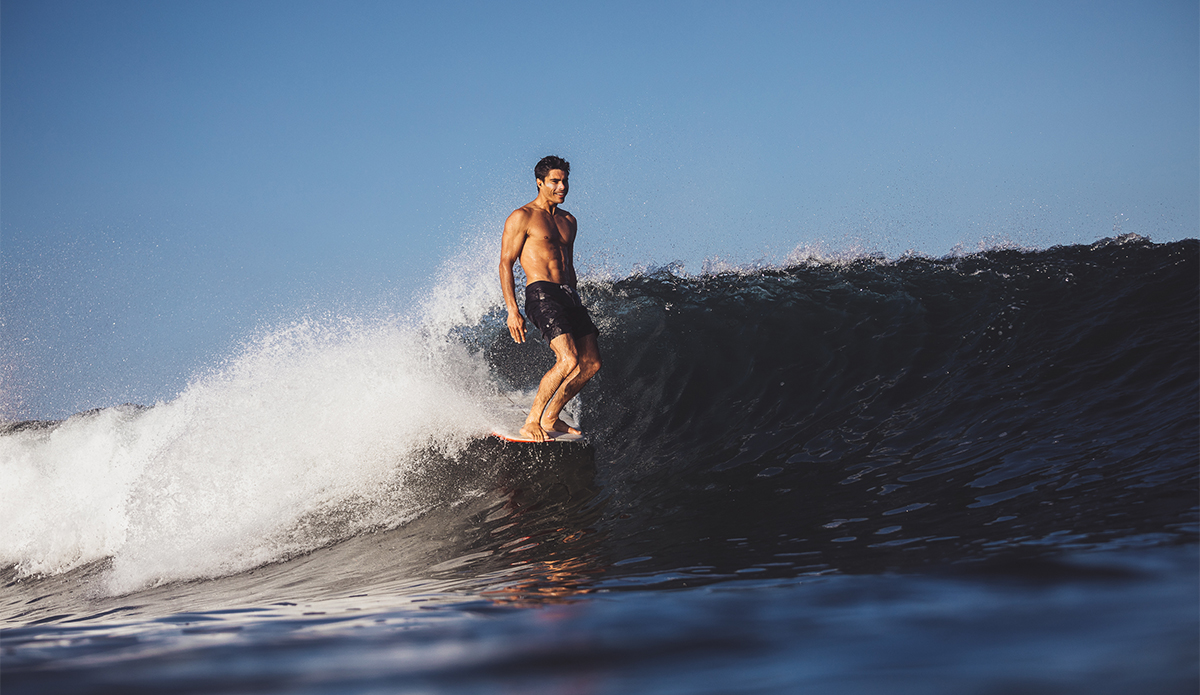 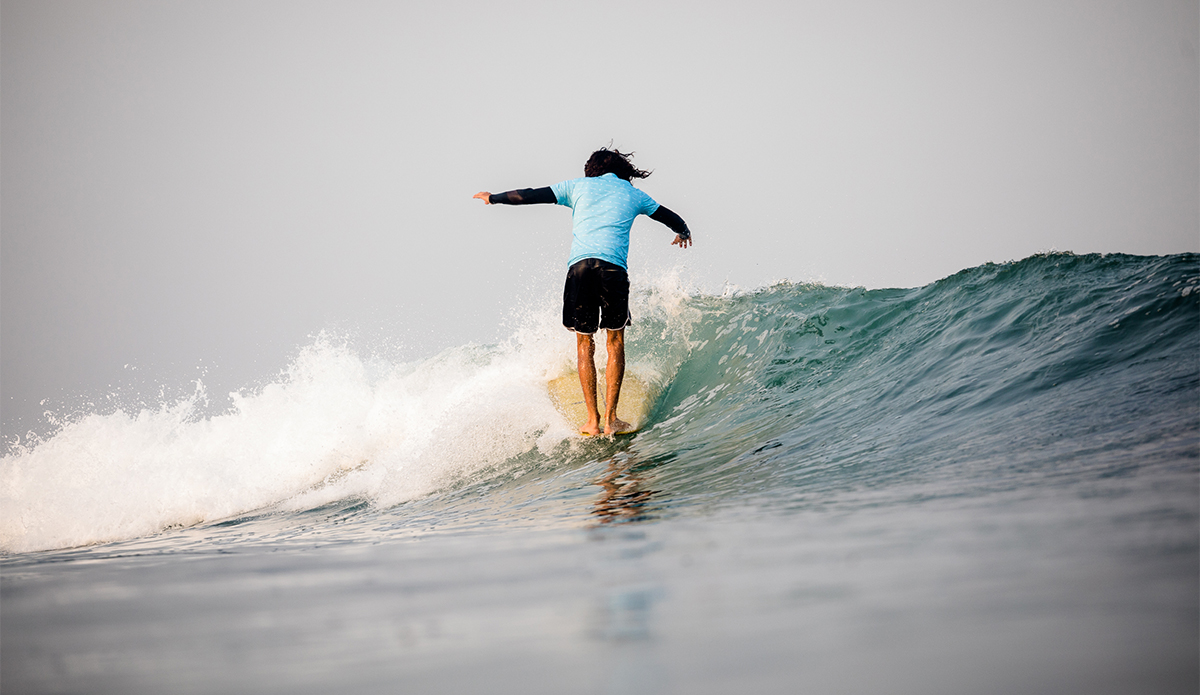 Andy Neiblas doing what he does best. Photo Sarah Lee 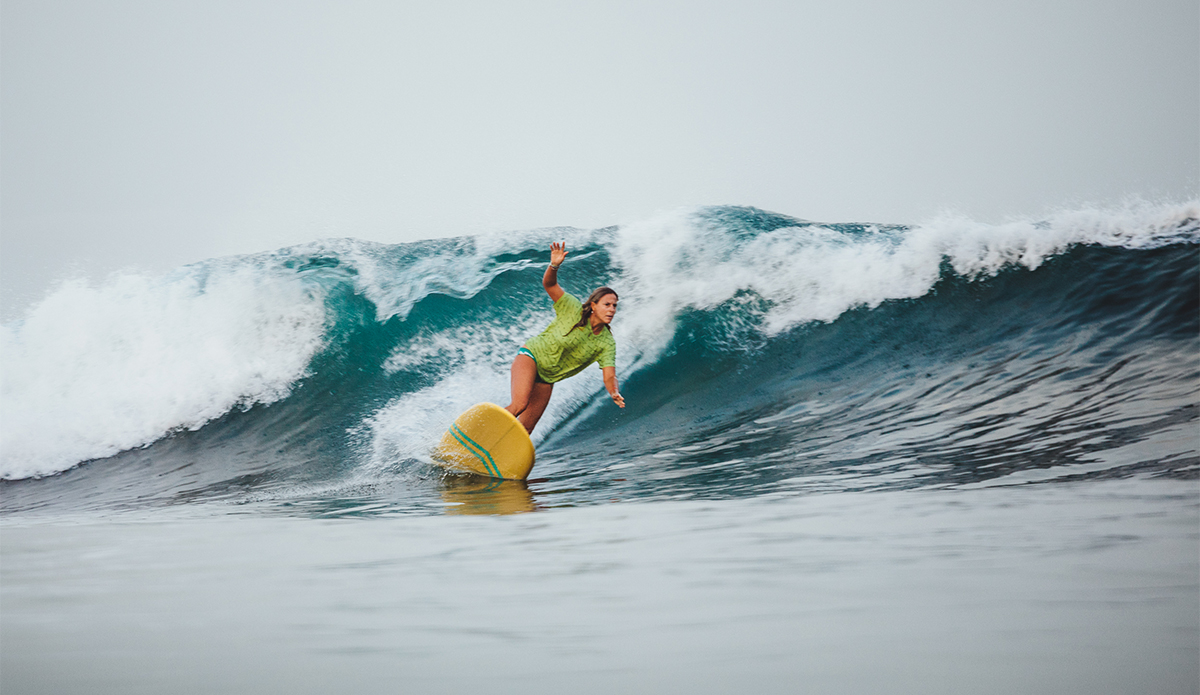 Saladita resident and Siren Surf Adventures co-founder Kristy Murphy used her local knowledge and impeccable timing to make it into the final. Many considered her the most relaxed and stylish surfer of the event. Photo Sarah Lee 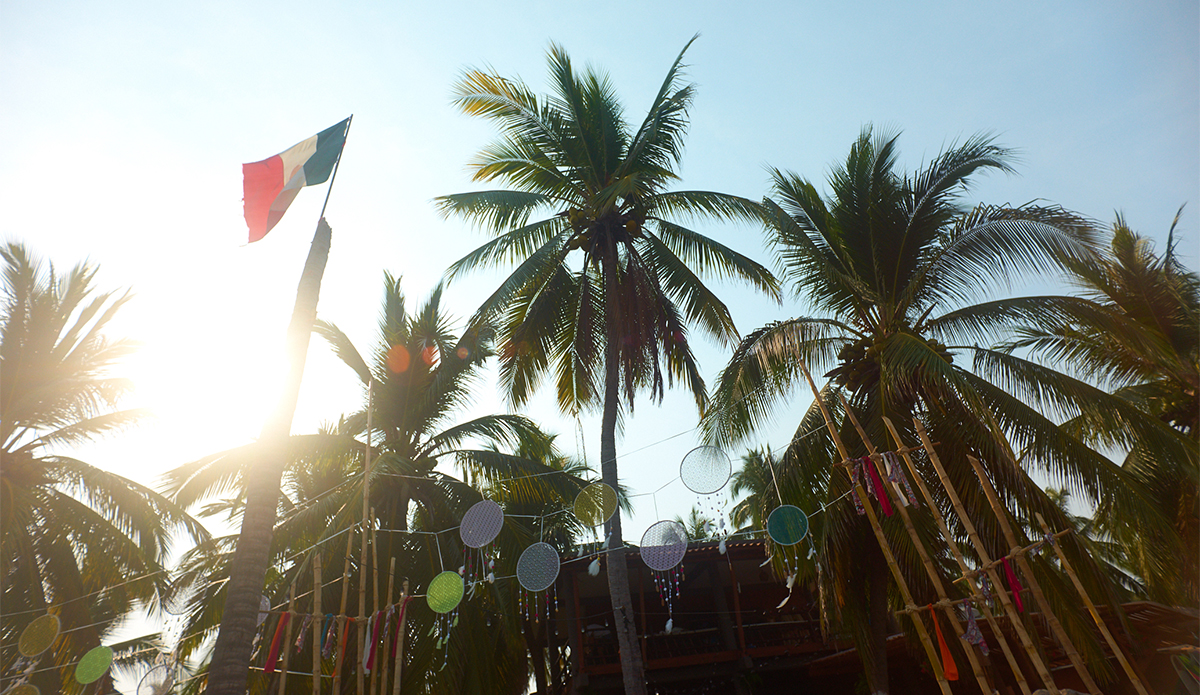 Last May, my Instagram feed was clogged with great surfing by Andy Nieblas and Ryan Burch in boardshorts while I was stuck searching for surfable corners along the Oregon coast in my rubber cocoon of a full suit. They were down in Mexico along with 100 of the world’s best longboarders competing and partying at the Mexi Log Fest.

I met Mexi Log Fest founder, Israel Preciado, this past winter during a vacation at Lola Mignot’s family house in the bustling bohemian town of Sayulita, Mexico. Israel and I shared warm winter waves and discussed the event.

“For me, it’s an opportunity to share the culture and surf of Mexico and provide an event for the local Mexican kids to surf with the best loggers in the world,” said Preciado. Israel grew up watching videos of surfers in California and Australia, but because of his Mexican citizenship, found it nearly impossible to surf the waves and be around the surfers he admired. “Mexico is a welcoming place. Our people and our culture have always been open to people from the outside,” Preciado said. “I wanted to give other surfers a chance to exchange ideas and good vibes. It’s an opportunity I didn’t have as a young man so I wanted to change that for the kids.”

In the last few years, his event has built a reputation for providing its attendees with good times in the form of live music, free libations, and a longboard contest with a $24,000 prize purse divided equally for men and women surfers. I hadn’t spent much time around the competitive longboard scene in the past 15 years but was taken by Israel’s story and generosity. Upon arrival to the Ixtapa/Zihuatanejo airport, I was picked up by designer and owner of LOOT Andres Saavedra who works with Israel to put on the event in La Saladita. The town is situated on a river mouth which feeds mango and coconut plantations through the dry season. The locals survive through agriculture, fishing, and more recently surfing. As the wave has gained popularity with international surfers, a growing number of luxury homes needed building and care which supplies local laborers with steady work. Taco and seafood palapas line the beach featuring fresh-pressed tortillas and fish caught that morning. I stayed in an Airbnb a couple blocks from the bustle at the point and walked the dusty streets in between surfs.

The wave of La Saladita is a classic surf break not unlike Malibu (in reverse) when the swell and conditions align. And this year they did. When I first arrived, overhead waves marched down the point for days. Peeling lazily in deep water, the wave’s cadence offered plenty of room to turn and nose ride before dumping on the sand a quarter mile later. The tropical sun melted the days together. More and more surfers arrived in preparation for the event. The level of surfing exhibited by the younger crew was amazing. On the beach, the scaffolding was erected and skinned with 2018 banners. At Lourdez’s Bar and Grill dream catchers were strung along the coconut trunks and a platform built for the musical acts. With an open restaurant facing the waves, the stage was set.

All of the contestants got to surf three times before facing judgment as to whether they would move closer to the money rounds. This equated to roughly 75 minutes of surfing the point with only three contestants over the course of the week. Nightly talks about board design and film studded reasonably priced beach cuisine, cocktails, and free beer. The Brazilian contingent and San Onofre crew mixed it up with some late night parties.

Despite inconsistent sets, this year’s event saw clean swell and winds for much of the days crescendoing with glassy walls for the final. The point provided its cleanest canvas to showcase traditional longboard surfing at its finest. All competitors surfed well but the women stole the show. The waves pulsed again for their heat and all of them surfed with grace and patience allowing the long walls to breathe and spin their way into the bay. At the end of the day, it was 14-year-old Waikiki phenom Kelis Kaleopaa and Brazilian Augusto Olinto who each came home $5,000 richer.

Note: Check out our Instagram here when Cyrus Sutton takes over our feed for 24 hours, sharing images and stories from his time at the 2018 Mexi Log Fest.