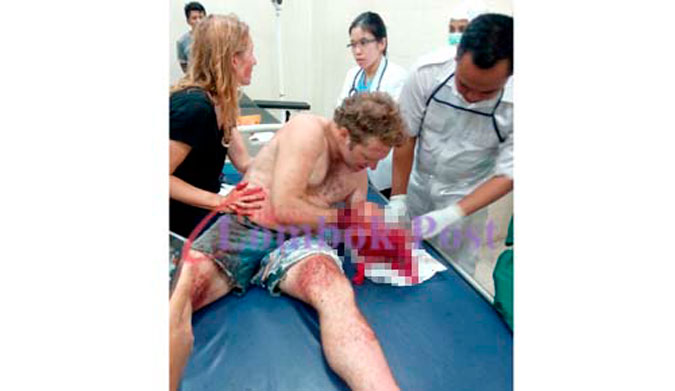 In two separate locations, three foreign tourists were attacked and robbed by machete-wielding bandits around one of Indonesia’s most renowned surf destinations Wednesday afternoon. Gina Schillings and Barbara Klar from Germany were robbed unharmed, but Brian John from the United States sustained significant wounds when he refused to hand over his valuables.

According to Indosurflife, John was attacked while driving a car from Selong Belanak to Kuta, Lombok. When John saw an electrical cable hanging down on the road, he stopped and got out to investigate. Suddenly, a group of men with machetes surrounded him and demanded all of his money and valuables. When John refused, one bandit hit him several times with a machete. Seeing John was unable to resist any further, the men took all of his possessions and sped off. John shouted for help, was assisted by locals, and is being treated in a hospital in Mataram. 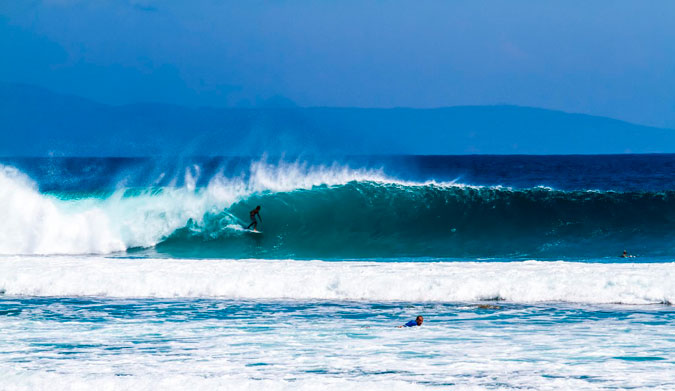 Just a few hours later, Gina Schillings and Barbara Klar from Germany were riding on the main road near Areguling Beach when they were cut off by machete-wielding men on motorbikes. The men approached the women from behind and surrounded them, threatening them with machetes and demanded Schillings’ bag, which contained a camera, mobile phone, cash, and other valuables. The victims tried to resist, but the men grabbed the bag and took off.

Local informants and media state that the area where these crimes took place are known to be high-risk zones for road robberies. Lombok commander of the military district, Arie Tri Hedhianto, said he will help police track the whereabouts of the perpetrators. But are they really doing everything they can to fix this problem? It is of the utmost importance for local authorities to take control the situation if Lombok does not want to inhibit the advancement and development of the tourism sector, as thousands of people depend on tourism.

What’s particularly alarming about this news is that it’s not at all the first time this has happened. In fact, the comments section and message boards surrounding the news are swarmed with dozens of comments from people who experienced similar situations while on holiday in Lombok. This incident serves as a reminder that you should always remain vigilant and never resist machete-wielding bandits. Never. It’s just not worth it.