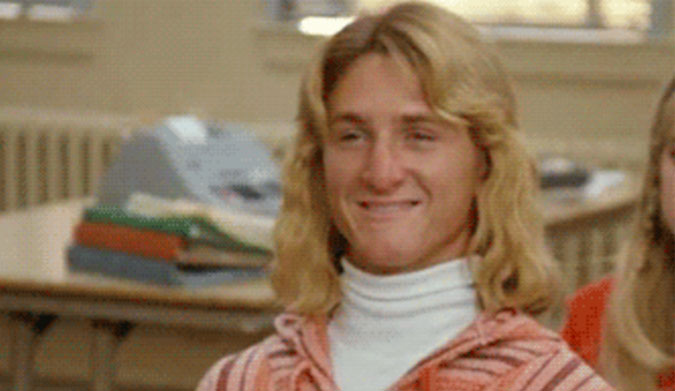 Ever look in the mirror and see this handsome mug?

We all do some pretty crazy things just to surf. Nothing more adequately describes desperation than waking up in the wee hours of a bitter, cold morning, knowing the waves are shin high and the wind is onshore. It’s something we’ve all come to live with. ‘Cuz baby, there ain’t no mountain high enough, ain’t no valley low enough, ain’t no river wide enough to keep us from getting our surf fix. Here are four simple ways of knowing you’re a full-blown surf junkie:

1. You make deals with God to deliver good waves. 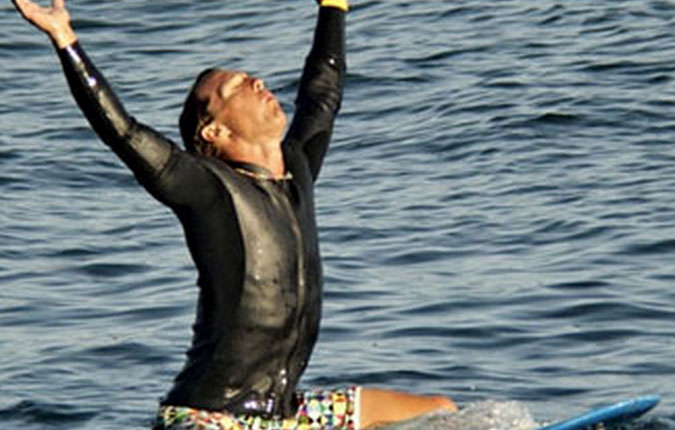 Matthew mCConaughey vows to donate more to charity if God will just send a set his way.

I’m not exactly the most religious person, but I do mumble to someone under my breath for a set to come to me. “I’ll stop cursing. I’ll be nicer to mum. I’ll stop punching the clown. I won’t drink so much if you just send a set to me.” It never works, but maybe it’s because I never hold up my end of the deal. I still do it, though.

2. Life expenses are measured by the number of surfboards or surf trips you could have purchased. 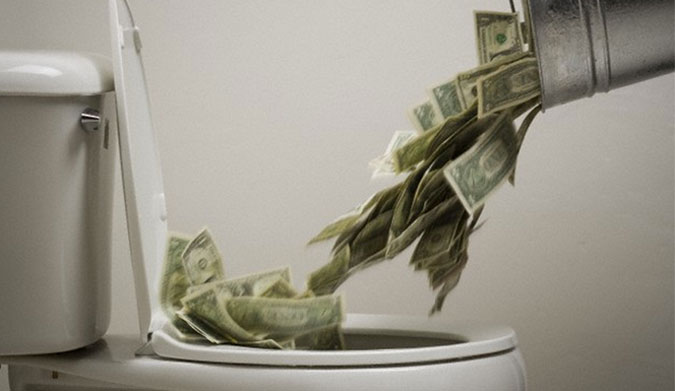 Once a month I dejectedly sit at my kitchen table as I sign over two fresh surfboards and plane ticket to Costa Rica to my landlord. Then you have car payments, food, girlfriends, and all that jazz, which is at least a few more boards and a plane ticket to somewhere way better than Los Angeles.

3. Exiting the water is like pulling teeth and you’re willing to sacrifice the world for just one more wave. 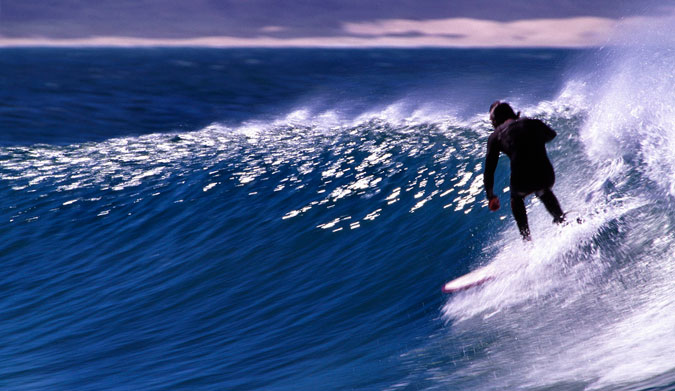 Work, dinner dates, girlfriends, boyfriends, weddings, and funerals: they can all wait. If you’re willing to risk losing your job for just a few more waves, then you’re undoubtedly a surf junkie and you should probably seek professional help.

4. You’re in constant danger of rear-ending other drivers near the ocean. 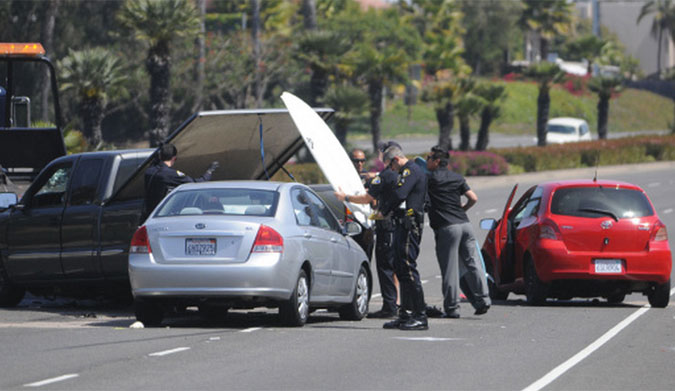 And they say cell phones are a distraction… Photo: Richard Koehler

Being able to see the surf from the highway is a dangerous situation—especially if there is swell. I turn into a rubbernecking crazy person when I see waves, and the likelihood of me rear-ending the person in front me increases tenfold.

5. You’re on dawn patrol a few times a week. 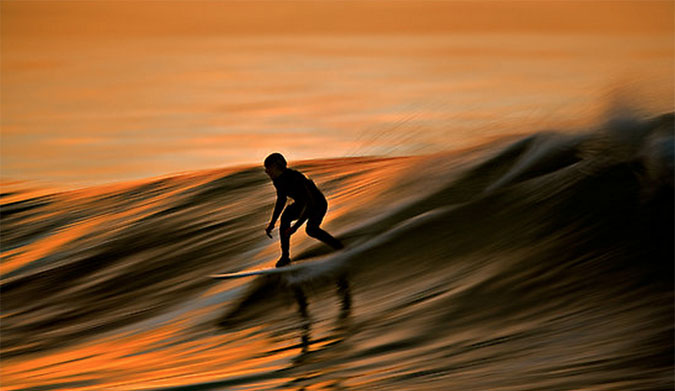 It’s all about going to bed at 8 p.m and waking up before the sun. Photo: Brooks Sterling

Getting out of that warm, snuggly bed while it’s still dark outside ain’t easy—especially when you know the surf is going to be less than average. I guess it’s more understandable if you live some place where the waves are pumping every day, but if you’re jonesin’ to surf at 5 a.m. when it’s 1-3 feet, you’re for sure a surf junkie.