4 Years After Choosing Not to Commit Suicide, I See How Surfing Turned Everything Around 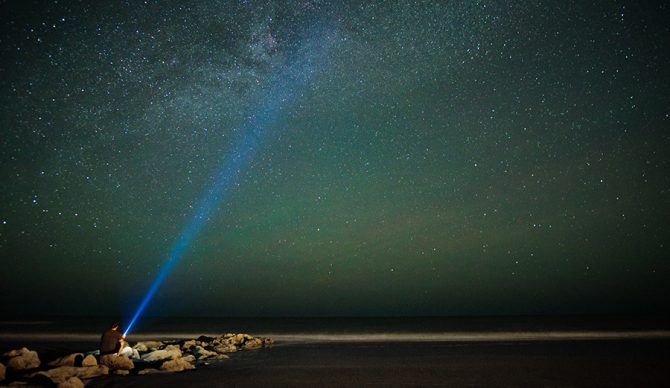 Take a look around your local surf spot. You can usually break the surfers there into three groups.

First, we have the beginners. They’re easily identifiable by their bright, soft boards, flapping arms, legs spread wide apart, and a healthy mix of glee, fear, and wonder toward the waves around them. Next, we have the experts and the pros. These guys come in all shapes and sizes and are also easily marked, this time by their grace in the water and often sponsor logos covering their board. These people make up a small percentage of the lineup.

Taking up the majority of space in the line up are the rest of us average surfers. We have moments of brilliance and can hold our own in many surfing arenas just as easily and often as we can appear frustrated and nervous.

There are millions of us who suffer as average surfers. We have the sunkissed hair, tan skin, and red salty eyes. Others are more stealthy and you wouldn’t know they were part of our tribe unless you saw them in the line up. Male and Female, young and old, it doesn’t matter. We are all slaves to the waves. Once we come to terms with the fact we are surfers we can accept the absolute blessing and gift we have been given. But as life moves us forward it can become more and more difficult to fit some surfing into our routine.

It can also become more difficult to rationalize why surfing still has such a hold on us all as grown men and women. It is easy to define why surfing plays such a role in your life if you are involved in the industry or being paid to do it. But what if you are the average surfer working a nine-to-five? How do we get to surf every day and travel to far-off lands like the professionals? How can we too leave all of life’s typical responsibilities and demands behind for more waves?

And here’s the rub: All of these surfers — from the beginners to the pros and even those of us you’d classify as “average” — have a story you probably don’t know.

I learned these lessons while going through a difficult chapter in my life. That chapter began on a mild, dark, moonless night in April of 2014. Things had really fallen apart roughly a year or so earlier. On that late spring evening, at about three in the morning, I found myself sitting on a river jetty near Newport Beach, ready to write the final page of my story with the loaded Glock 17 I had in my backpack.

I’d reached the coastline after walking over 10 miles in a state of absolute hopelessness. There I sat, at the end of the earth, on a cold rock staring at the waves. The ocean would be the only witness to what I was about to do. I wondered what the news reports might say about the unknown man who had washed up on this beach at the start of summer.

Instead, the story continued. For a while it continued in the same dark setting, struggling to find a way forward and wondering what I really had to offer myself and the world. I never thought that chapter would end, but it did.

I finally turned things around on a humid, rainy day in Costa Rica earlier this year. I remember a feeling of absolute bliss, absolute contentment, and absolute presence in a moment. Four years after I’d sat on that rock jetty, here I was now sitting on the back of a quad bike, racing through the jungle to check the surf with my best friend at the wheel. I was the happiest I had ever been in my life. How had the story changed so drastically?

I had embraced the change and learned about balance. I had gone through what was necessary to learn and to change, including the pain, the hard times, and that night in Newport Beach. I hadn’t forced myself back into a life that had led me to depression. I had let life show me where to go, led by one of the greatest gifts I had: a love for surfing.

I wrote a book as my own creative outlet while crawling through that new chapter in my life. First by shedding the depression and then doing what really made me happy. Deciding to give as much to surfing and travel as it would give to me. No longer being content with my intermediate skill level and no longer letting life dictate how I would live. I would learn true belonging and community while balancing life’s responsibilities. My surfing and my life became parallels and metaphors for each other. I worked hard on myself and I worked hard on my surfing. I surfed, I wrote, I loved, I worked, I grafted, I traveled and, most importantly, I found balance.