5 Random Things About Surfing That Really Annoy Me 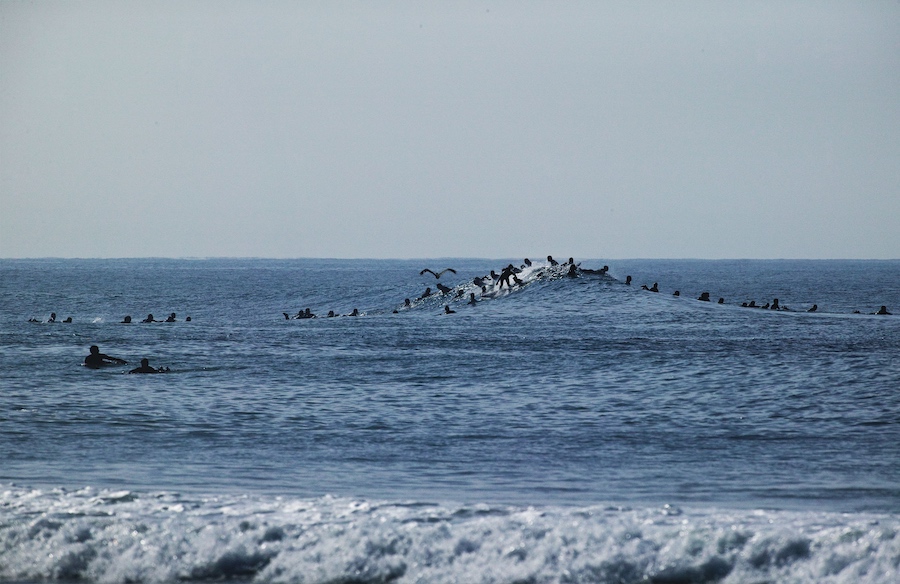 Often, as I walk away from a surf sesh, a tourist will see me approach with my board and ask, “Is that water cold?”

What I want to say is, “Why don’t you scoot your lazy ass 100 yards, slip off your Hush Puppies and SEE FOR YOURSLF!?”

Instead, I cheerfully say, “Not if you have a wetsuit!” Which, by the way, should be a sign that, yes, the water is pretty cold.

So, yeah. As much as the “stoke” feeds my soul, at times surfing annoys the crap out of me.

While I’m getting things off my chest, here are a few other things that annoy me:

I love Greg Noll. But I had to roll my eyes a little when I heard him call the music of the Beach Boys “crap.” Many of the old timers like Noll say real surf music is jazz. And I get that – Bud Shank scored those early Bruce Brown movies.

But when I’m driving in my car, I don’t ever think, I wanna hear some Bud Shank! I do, however, think, I need to hear “Good Vibrations.” Or “God Only Knows.” Or “Long Promised Road.” Because those songs are intricate, musically skilled and melodically pleasing.

And, yes, only one Beach Boy surfed. But who cares? It’s about the music. And, also? The Beach Boys inspired the Beatles.

That’s all the cred they need.

A few years ago, I read that an experienced Hawaiian surfer had drowned, officials said, during an eight-foot swell. Which made me think, Geez, maybe I should reconsider surfing on eight-foot days. But then I read a couple of other stories on the tragedy before finally one clarified that the eight-foot figure was a Hawaiian scale. In reality, the waves were about 16 feet.

Kind of a big difference there.

It’s a weird sort of machismo where you actually understate wave size. And it’s misleading.

Hawaiian measurements look at the back of the wave, which, for one thing, makes it hard if you’re looking at the waves from the beach and giving your buddy a surf report. Secondly, if you look at the front of the wave, the surfer in it gives you better perspective. Ergo, chest high, head high, etc.

Of course, maybe it’s all a scare tactic: If people think surfers are drowning on eight-foot days (wink, wink), maybe they’ll stay away from the lineups.

Have you ever been in a near-empty movie theater, and then some stranger comes and sits really close to you, and you’re thinking, like, “Ummm . . .”

That’s how it feels in the surf lineup sometimes.

I’m not talking San Onofre, where the elbow-to-elbow lineup is akin to L.A. weekday traffic. I’m talking here, where you can have a six-mile stretch with a hundred surfers total.

And yet, with all that openness, there’s one stranger who wants to paddle right next to you.

If it’s a cute girl, then, sure – all is forgiven. Otherwise, the only reason I want a stranger close to me is if there’s a great white prowling nearby, and the stranger looks more like a sea lion than I do. 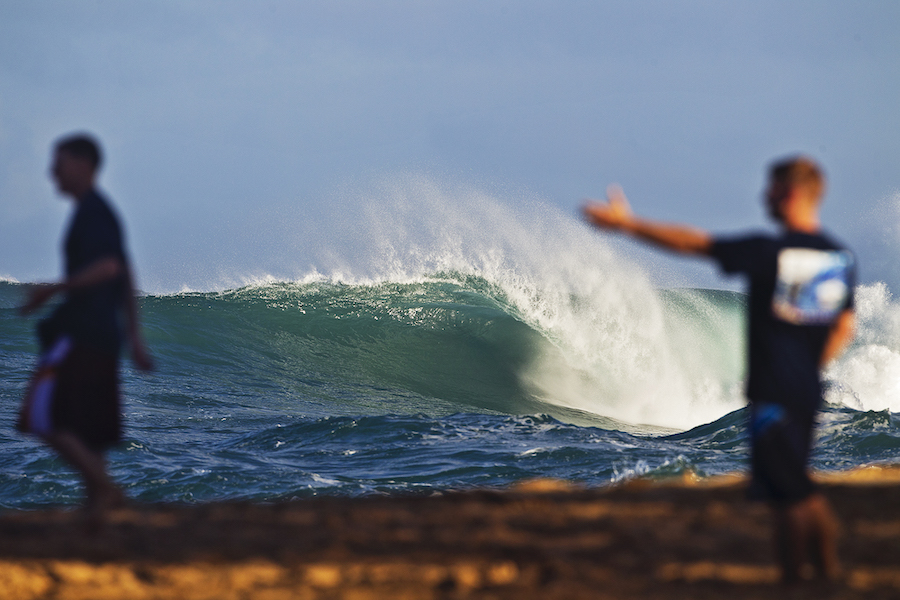 Ssssshhhhh. Don’t mention this spot, dude. Guys will key your car if you post something about it.

There are no secret spots, dudes. Get over it.

If you want an uncrowded spot, do what we do here – live in a place where the cost of living is high and the number of good-paying jobs is low. Amazing how that keeps people away.

Remember when you first started surfing, and you got all into watching surf movies and reading about surf culture? That was cool.

But after reading about Capt. James Cook about 50 times, I started to wonder if there’s ever going to be any original content about surfing.

While there are a few good surf books, most fall into one of these categories: 1. Re-telling the same old stories, 2. Written by surfers who want to write but can’t, 3. Surf travel!

Editor’s Note: Pat Pemberton is a journalist based out of San Luis Obispo, California. Don’t ask to borrow his wax or question whether he’s “got this one,” if you see him in the lineup. He’s easily annoyed.