5 Ways Men Can Help Avoid Sexism In the Lineup 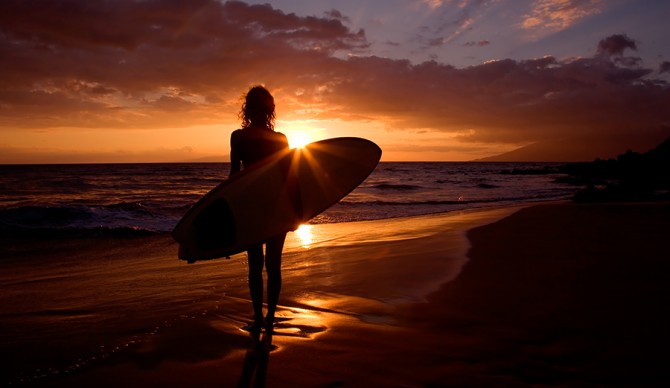 Surfing is historically a gendered space.  Over the years, by majority presence and opportunity, men staked their claim on the waves and set the standard for what constitutes good surfing. As Matt Warshaw, author of the Encyclopedia of Surfing, told the LA Times, “The sport has a long, fairly shameful history of sexism. And it’s still not over.”

At times, the narrative dictated that if you’re good enough (based on male-centric criteria) you’ll get waves, regardless of gender. However, many more women surf now and they are doing so with feminine athleticism, style, and grace. Men are recognizing this and at many breaks, we can see women being treated as equals. But we also know there are still plenty of places in the world where women have reason to feel marginalized. And here is the tricky bit. This doesn’t necessarily only exist in negative feelings or behavior toward women in the lineup.

Are you treating the women who surf near you differently than you treat male surfers? Is your behavior toward women in the water influenced by who you perceive them to be? Or is your behavior influenced by what they are doing in the water?  Treating female surfers differently to the way you treat fellow male surfers implies you see them first as women, not as surfers. Here are five common occurences in the lineup that don’t always come from bad intentions, but certainly don’t help the fight against sexism in the lineup. At the very least, if we’re aware of them we can spark more positive change in surf culture overall.

1. Giving Advice
Unless you know the woman, or she is paying you for coaching, any advice you would not give another male surfer could be construed as condescending. On land, giving unsolicited advice to a woman with the assumption you know more is most often known as mansplaining. We don’t love it.

2. Body Parts
If you noticeably stare at her butt, comment on her butt, or talk loudly to your mates about her butt, she will feel differentiated. If you can’t help yourself, keep your voice down. Same goes for the rest of her body.

3. Cheering Women On
If you don’t know her,  don’t know anything about her, or you aren’t her coach, think twice. If you wouldn’t hoot at other men you don’t know, why would you hoot the women? If you do know her, well, go for it. But don’t say I didn’t warn you if she finds it patronizing.

4. Burning Her Because You Can
You’re an Olympian in the paddling department. Your deltoids are monstrous and you can out-paddle anyone to the peak. You are the king of the hustle. However, you’ve had fifty-seven waves and she has had zero because you were born with testosterone and can paddle on her inside every time. You learned about taking turns and sharing in kindergarten, didn’t you?

5. “Giving” Waves
Many female surfers I speak to mention being “given” waves by men. Conversely, male surfers talked about “giving” waves to women. It’s 2017. Women have the skills to get the waves they want if all play fair (refer to #4). “Giving” a woman waves at a man’s discretion implies men have assumed ownership of the space. When you know you have had your fair share, don’t paddle on her inside (refer to #4) and no “giving” will be necessary.