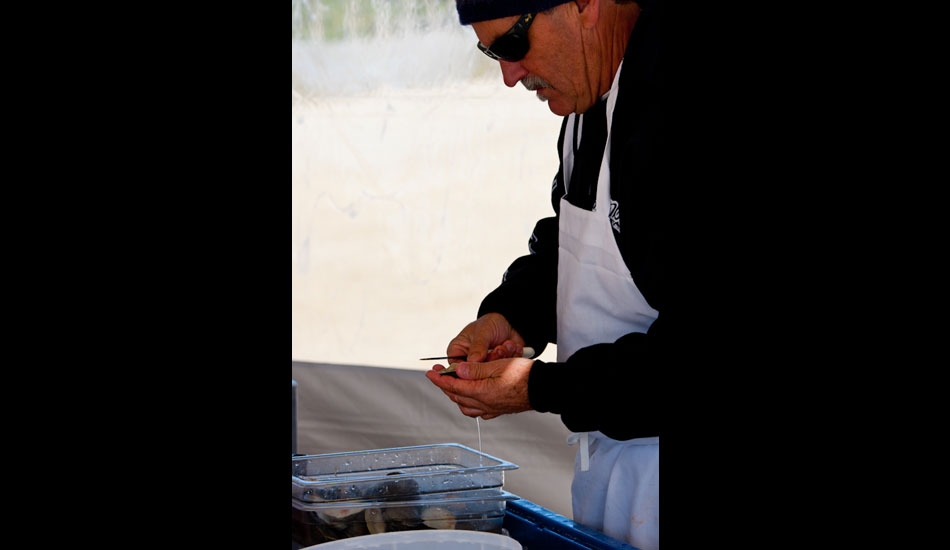 Bob Nugent, owner of the Black Whale restaurant, shucks clams for competitors and spectators to snack on. Bob is also a competitor in the annual event. Photo: Kyle Gronostajski 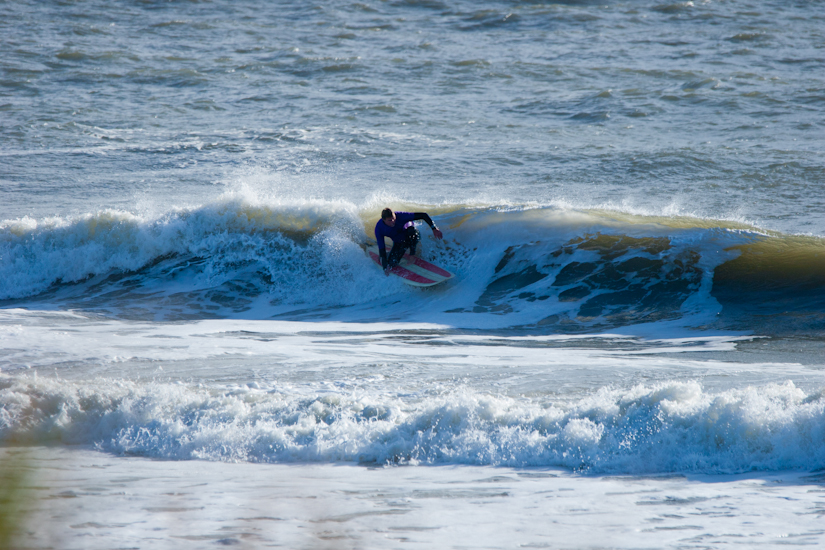 Bob Selfridge caught a lot of great waves on his longboard. Those were the last cold waves he'll ride for a while before taking off to Costa Rica for the winter. Photo: Kyle Gronostajski 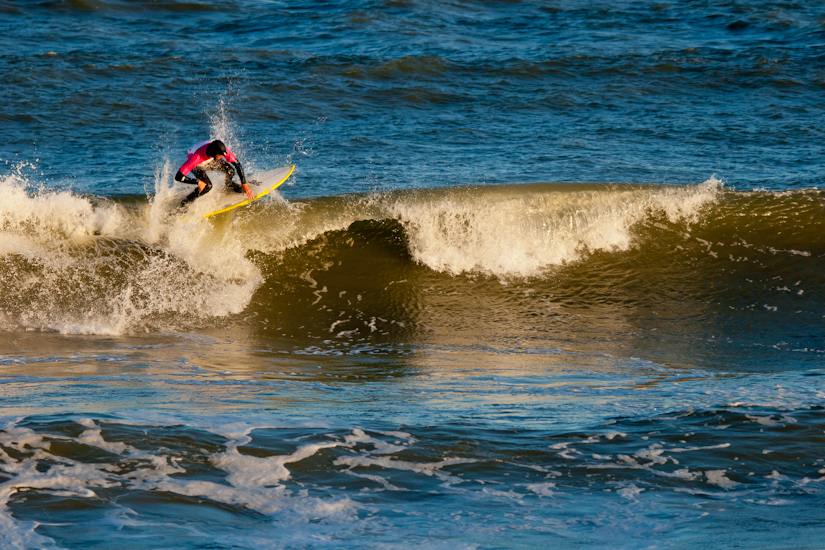 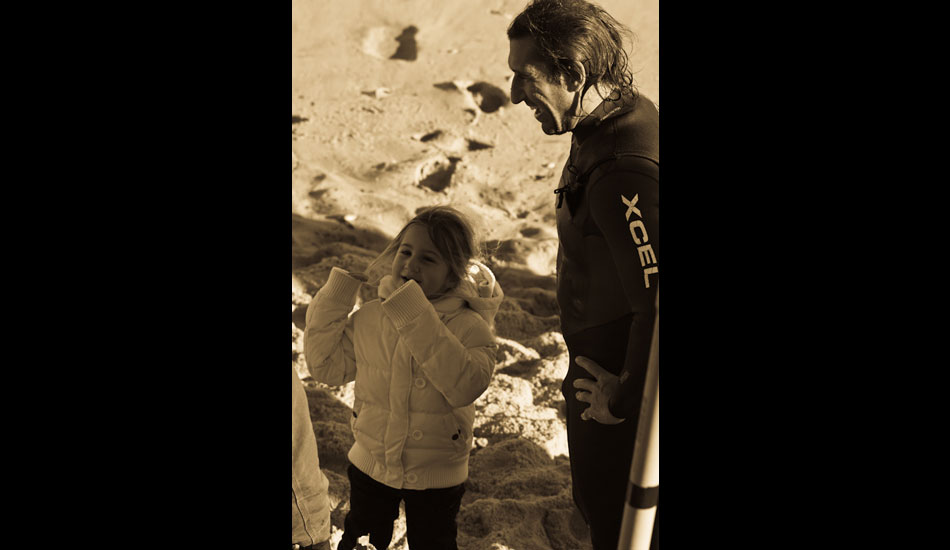 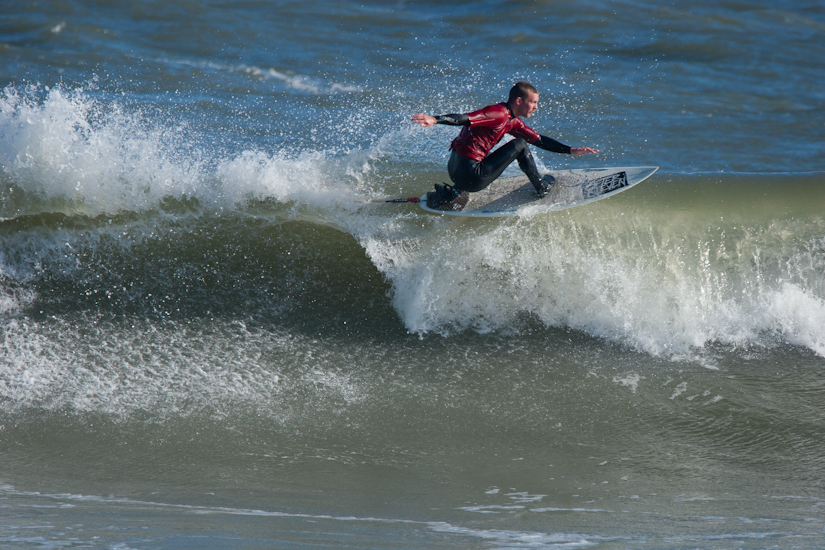 Conor Willem floats a long section in the later rounds of the day. The former champ couldn't put together another run this year, though. Photo: Kyle Gronostajski 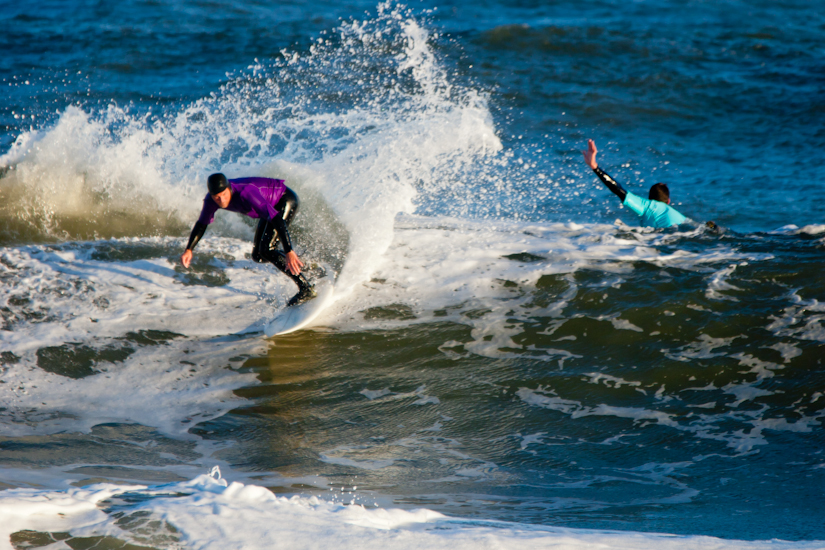 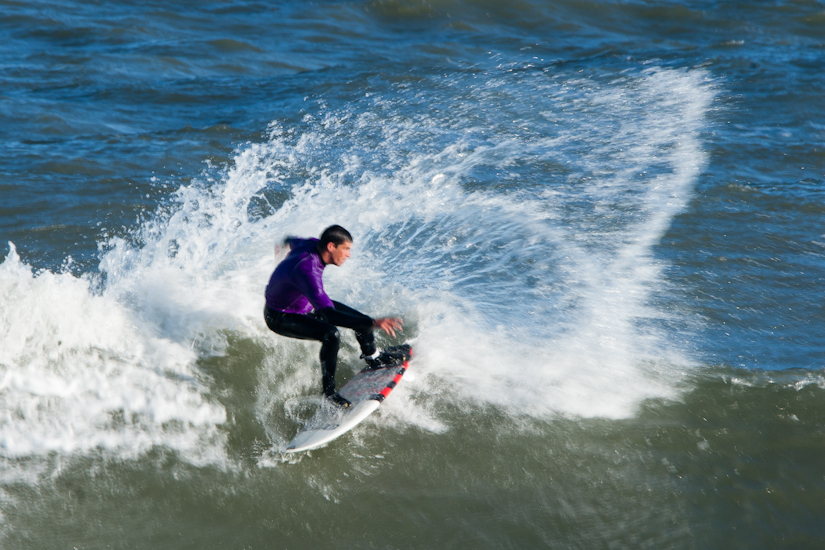 Randy Townsend laid down turn after turn on the walled lefts. 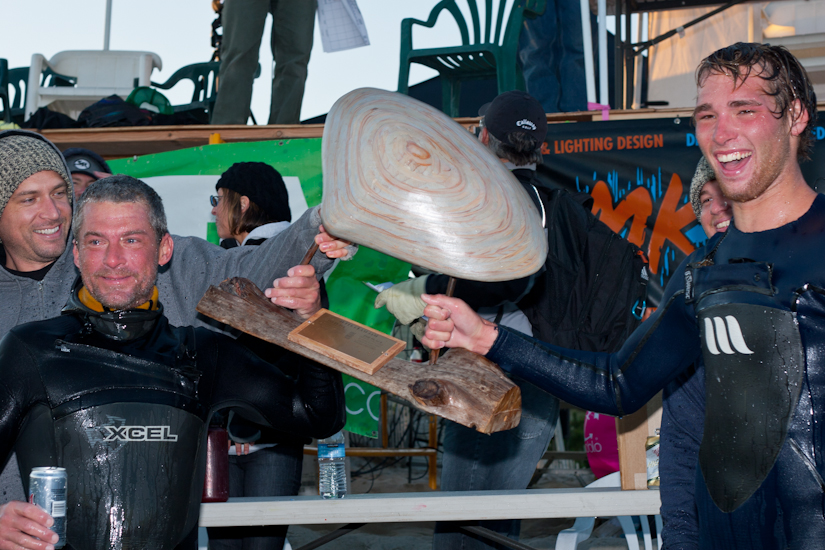 Shawn and Tim's names will be etched on the clam trophy, which will stay in the Black Whale until next year. No prize money, just straight bragging rights. That's a contest. Photo: Kyle Gronostajski 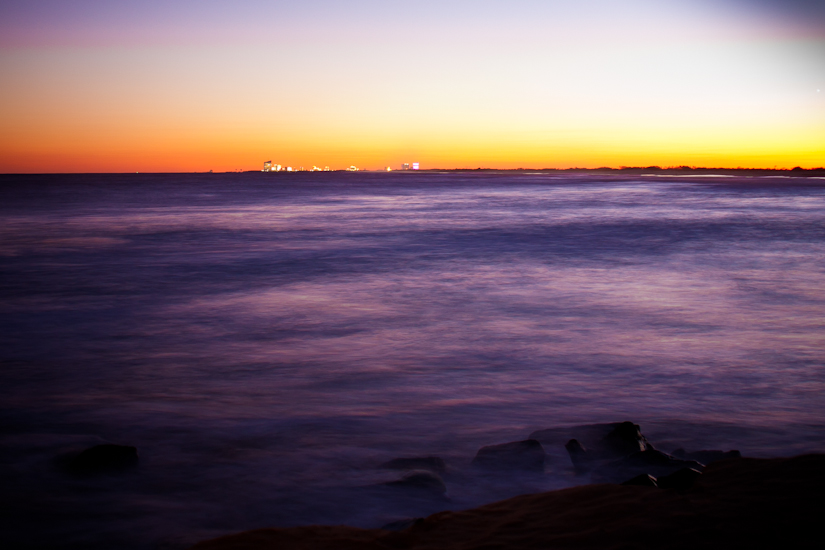 Thanks to everyone who made this amazing event possible. South end LBI sunset. Photo: Kyle Gronostajski 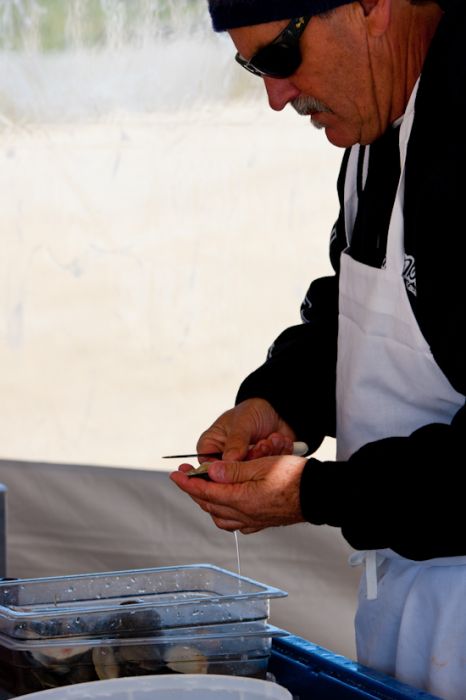 Bob Nugent, owner of the Black Whale restaurant, shucks clams for competitors and spectators to snack on. Bob is also a competitor in the annual event. 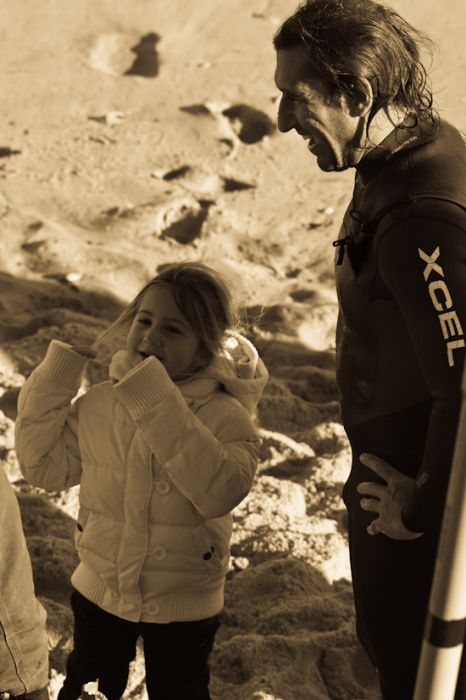 We have a great community here on Long Beach Island, New Jersey. It’s a strange place, though, that seems to fall into that “Central” part of the “Jersey Shore”. Sandwiched between Seaside to our north and Atlantic City to the south, it’s safe to say we’ve somehow developed a separate culture from the other regions along the coast. Nothing captures the way of life here on LBI better than the Clam Jam.

Now in its 5th year, the annual competition is run grassroots-style just like the local company who puts it on, Jetty. Random teams are selected using clamshells with the name of each of the 128 competitors on them. One team member is over the median age while one is under. This promotes community and introduces all of us to new surfers – young and old, no matter how long we’ve surfed on LBI.

Once the teams are set and the bracket is made, it’ll change a few hundred times while we wait for the perfect fall day to host the event. An entire day of waves is needed to get through every heat from round one through the finals.

Waves were in the waist to chest high range, and with a fairly stiff northeast wind putting texture and lumps on the faces, there were still plenty of long left bowls at our beloved south end spot.

Round one was a blur. At some point I surfed, but not really sure who against. I was introduced to my partner Steve Campoli who I’m sure I’ve shared plenty of waves with before, but never knew. We didn’t advance, but we had a good time in our 15-minute heat. Back to taking photos for me.

The surfing at this event is always great to watch as you get the old school mixed with the new: longboards, shortboards, alternative shapes and everything in between. The nice thing is you don’t have to be on par with Kelly Slater (or, in our case, pro Randy Townsend) to advance or even win, although it doesn’t hurt to partner up with one of the local standouts…

In the end, Jetty team rider Randy Townsend paired with Pat Harrington, came up against Tim Ramio and Shawn Dodds in the finals. They beat out former winner Conor Willem, Jetty team riders Tyler Brennan Vaughn and Dave Werner, and Royce Weber who refused to go down without a fight among many others throughout the day.

At the end of the 30-minute final heat though, the consistency and all-out effort by Tim Raimo and Shawn Dodds may have just been enough to take out Townsend and Harrington. A nice beer shower ensued instantly as Raimo and Dodds were announced the 2011 Jetty Clam Jam Champions. They were handed the wooden clam trophy carved by local artist and surfer Joel Dramis.

The day ended with an amazing sunset, which this spot always produces on crisp fall days – and of course lots of food and beers. Nicotine and Brown provided the tunes. Most importantly, at the end of the day, Jetty had run two, large events in one week. Crabbin’ for a Cure produced nearly $17K, which was donated to David’s Dream & Believe Cancer Foundation, who in turn, donates to local cancer survivors in need. The 5th Annual Jetty Calm Jam went off without a hitch and provided a fun-filled, family-oriented day for our tight-knit surf community.