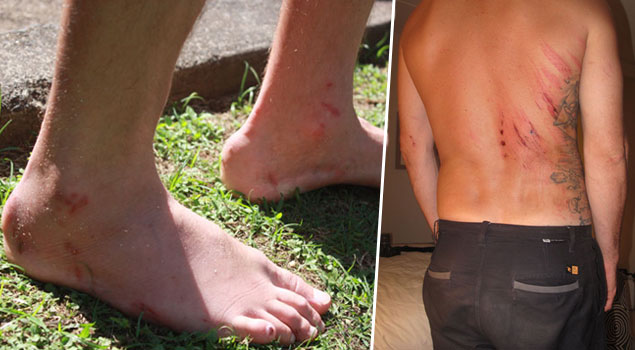 Because your skin shouldn’t look like this. Not if we can help it.

Since we’ve been on the North Shore this winter, we have sustained more lacerations to our skin courtesy of the razor sharp reef than we’d like to admit. Which got us thinking: there must be a better way to fall. After all, falling is inevitable, so we put it to Mikala Jones and Fred Patacchia, two men well-versed in the ways of big waves and shallow surf, to set us straight. Here are a few tips Mikala and Freddy have for those about to get acquainted with the reef. 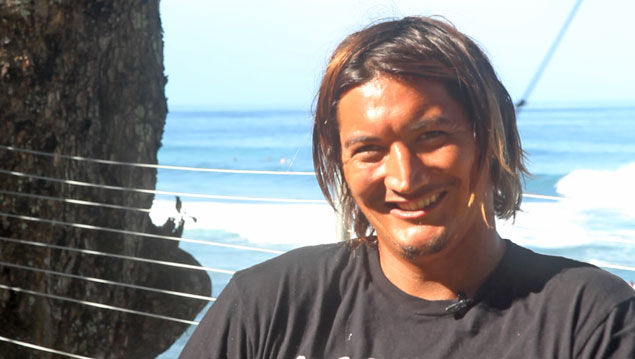 1. “Definitely don’t dive headfirst…anywhere. Especially if you don’t know how deep it is.” – Mikala

2. “I use my hands a lot. I tend to try to fall as flat as I possibly can. Kind of just go belly first. Never go feet first, because you’ll tend to kick reef. And that’s the worst.” – Freddy

3. “When you fall, use your hands to tread water and try not to kick a lot. Keep your feet up.” – Mikala

4. “I try to know where the reef is so I try to glide my finger tips along it. That tends to help me. Never try to grab onto it. You kind of want the wave to take you. Just let it wash you over the reef, and think light.” – Freddy

5. “In Hawaii, it’s really turbulent, and you’re getting spun around. I always try to use my hand to counter-steer that to bodysurf or dolphin my way up.” – Mikala

6. “If you feel like you’re going to hit the reef, cover your head and pull up your legs in a little fetal ball position.” – Mikala 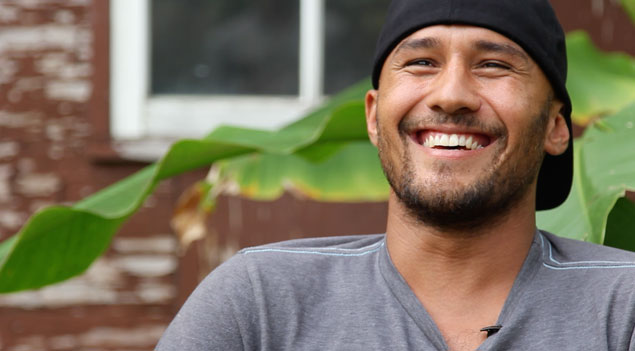 Fred Patacchia knows his way around a reef. And he smiles a lot.

Hopefully, that gives you a little piece of mind the next time gravity wins in your battle with the reef. And, by all means, add your own tips. We’re trying to save our skin together, folks.
View Comments