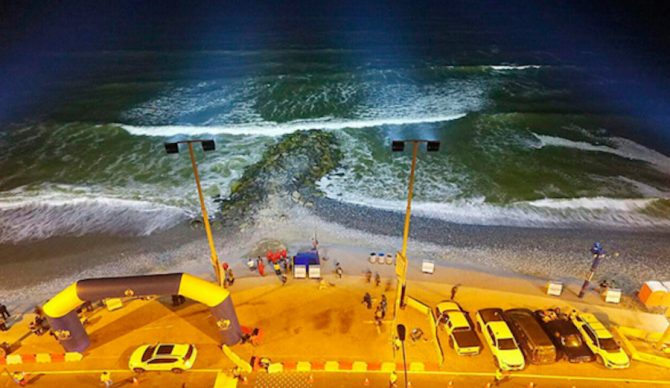 A community project completed in January of 2017 in Lima, Peru has made it so that local and visiting surfers can enjoy the waves of La Pampilla beach well beyond the hour the sun goes down.

The city unveiled the completion of powerful LED lights atop four 59-foot posts – each designed to light up a 200-meter radius (more than 650ft), making it the first beach in Latin America where surfers can get waves at night.

Designed specifically with surfers in mind, Lima Mayor Luis Castañeda called the project, “a beautiful opportunity for lovers of [surfing] that can’t practice during the day for various reasons.” 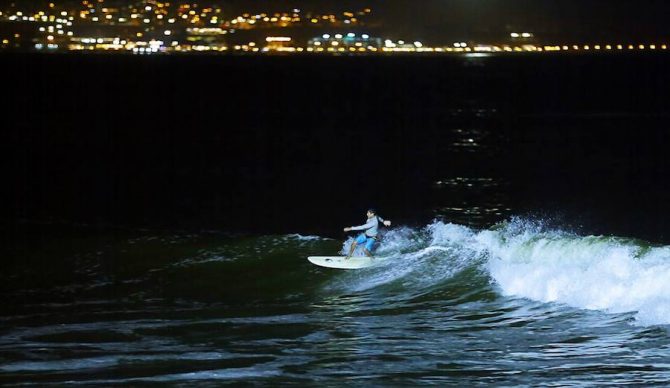 A local surfer gets his nighttime shred on. Photo: Facebook/Municipalidad de Lima

“We have the first beach in Latin America that provides illumination for surfers,” he said. “This project will benefit the sport, for those who come to the ocean to surf and those who want to appreciate the landscape with their families. It’s a beautiful visual show.” 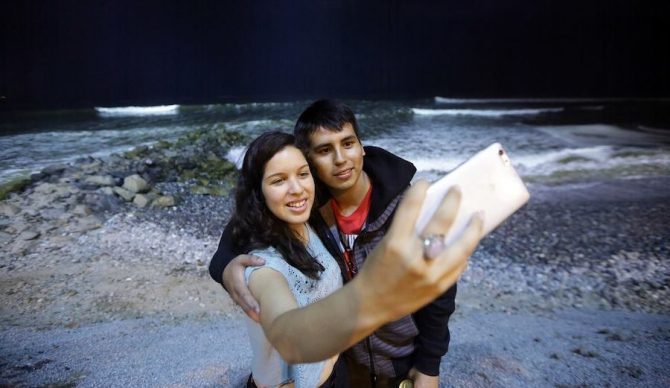 While a first for Latin America, this isn’t the first time a stretch of beach has been illuminated specifically for surfing at night. Komune Bali Beach Club adjacent Keramas claims that title. Unlike the beach club lights, though, those at La Pampilla were a public project, and demonstrate the city of Lima’s commitment to fostering the continued development of the local surf community.