A Car Accident Nearly Took My Life, Then Learning to Surf Saved It 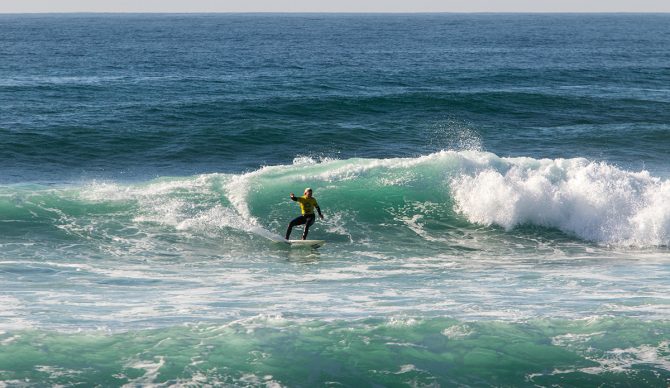 Surfing at a local surf competition here in Portugal 2016: Photo by Pontus Palsson

I open my eyes and everything hurts. I squint away the bright fluorescent lights and try to focus. I’m lying in an uncomfortably narrow bed, the walls are a sterilized white, and I can see doctors standing by the door to my left. Noticing I’m awake, a nurse starts speaking in rapid Mandarin and places a phone up to my ear.

“Dad? I…I think I fell off a horse.” I look down at my arms and all I see is blood. I can’t feel my legs. I start to panic. “No, Dad. I’ve been in a car accident.” And then everything goes black.

It all started seven years ago. Horses had always been a part of my life since I was six years old, eventually leading to competing in professional show jumping. I was offered a job when I graduated high school in which European horses would be brought to China. My job would be educating the local people in China about training the animals professionally. Combining horse riding with international travel seemed like a dream, so at 19 years old I headed to Dalian, China solo.

Six weeks in, my stay took a dramatic turn when I was a passenger in a tragic car accident. I was tagging along with my boss and two locals to scout buildings for a new riding center. The last thing I remember was feeling uncomfortable with how fast we were going on a narrow country road.

Later, I was told that we had swerved to avoid a motorcycle, flipped, rolled down a hill and landed upside down in a lake. The driver and I were the only two wearing our seatbelts and also the only two survivors. One of the passengers died instantly while my boss passed away in the ambulance before getting to the hospital.

So there I was, waking up alone with no idea where I was or what had just happened. “No, Dad. I’ve been in a car accident.” These were my last words to my father before I passed out again. The next time I woke up my Mum was there. I remember the look on her face when she saw me. I remember the fear in her eyes. I remember looking in a mirror and not being able to recognize myself. My whole face was black and blue, swollen, with stitches and wounds everywhere. And in that moment I realized how serious the accident had been. It was three more weeks before I was cleared to fly home to Denmark. Little did I know at the time this was when the real recovery would begin: the mental recovery. 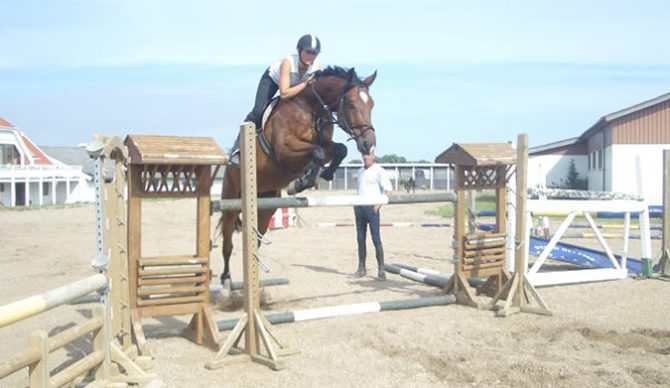 My life before I moved to China. Denmark 2009

When you’re 19, you possess a certain feeling of invincibility. The accident changed all that for me. For a long time, I couldn’t understand why this had happened and why I had survived. I spent a lot of time punishing myself for moving to China. I didn’t know the other passengers in the car other than the leader of the project I worked for, but when I heard about what happened to them I felt broken and filled with feelings I didn’t know how to handle. Depression. Fear. Guilt. I was no longer invincible.

I tried to get back into horse riding as soon as I was physically able. Through all of life’s ups and downs, horses had always been my passion. And yet, as hard as I tried after the accident, I had lost my love for the sport. I didn’t enjoy jumping anymore and it took a long time to admit that to myself. By giving up horse riding, it felt like I was giving up on myself and my identity. I felt like a failure.

As much as we can’t control what happens to us in life, we can control how we choose to deal with things. One day I realized I had been given this second chance and that it was up to me to make the best of it, even if that didn’t involve horses anymore. I didn’t want to be afraid or sad or angry anymore. And while the path I’d imagined for myself since I was a little girl was gone, I wanted to be strong again.

In this moment, I was transported back to the first time I woke up in that hospital bed in China. Wondering if I was now paralyzed, I said to myself, “If I’m ever able to walk again, I want to learn how to surf.” It had always been one of those tucked-away dreams. So instead of being afraid of the unknown, I went into a travel agency and came out with a one-way ticket to Australia.

After everything I had been through in the past year, moving to Australia was one of the scariest decisions I made. But sometimes the things we are most afraid of starting end up being the most beautiful chapters of our lives. I moved to Sydney and signed up for a weekend surf trip. Day One was all about learning the basics and I absolutely sucked. I tried over and over, but I couldn’t stand up. We were supposed to have two two-hour lessons, but I was so determined to get it that I ended up staying in the whitewash for over six hours. The next day one of the instructors took me out paddling in the green waves. They couldn’t have been more than one or two feet high, but that first time I stood up was everything. It was challenging, it brought a rush of adrenaline, joy, freedom, and everything that I used to feel from horse riding: I had found my mojo again.

My time in Australia was life-changing and learning to surf healed me in a way that no amount of physical therapy or medicine could ever do. Today, I live in a little coastal town in Portugal where I get to surf every day. I’ve ridden waves in Australia, Denmark, Indonesia, Hawaii, Nicaragua, and Costa Rica. I am a certified surf instructor and have been lucky enough to compete internationally for the Danish Surf Team. And every once in a while, I marvel at where life has taken me – or rather, where I have taken myself. If you had told when I was 18 that this would be my life, I wouldn’t have believed it.

I still have moments where I wish the accident had never happened. However, I’ve slowly, sometimes painfully, learned a lot about how I deal with that trauma and its consequences. For years, I tried to keep it all to myself. But with time I’ve discovered the importance of being honest and open toward the people I care about. I’ve learned to speak up about my emotions even when it hurts. I’ve learned to lead a positive life and to smile often. I’ve learned to not be afraid or daunted by the fragility of life, but to celebrate and embrace every moment of it. The last seven years have taught me that dreams can change, and that’s okay. I’ve learned that even though it can be hard to accept sometimes, it’s necessary to let go of the past in order be happy again.

So while I can’t change the past, I can appreciate the present for everything it is. Surfing gave me the opportunity to feel alive again, to travel, to seek new experiences, to connect with new people and go after what I want. It brings me happiness and the ocean is my healer. And ultimately, surfing taught me that it’s not about how many times you fall, it’s about paddling out and trying again. 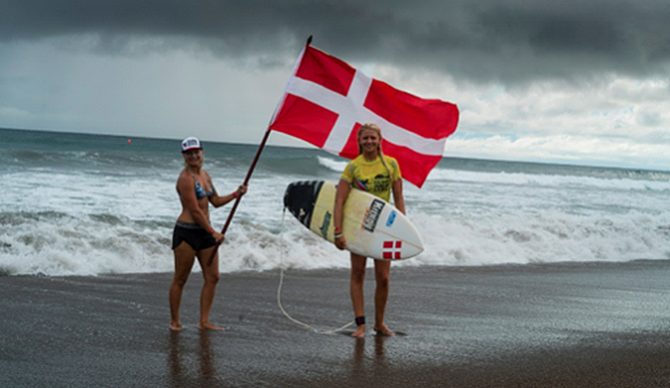 Representing Denmark in Costa Rica 2016 at the World Surf Games