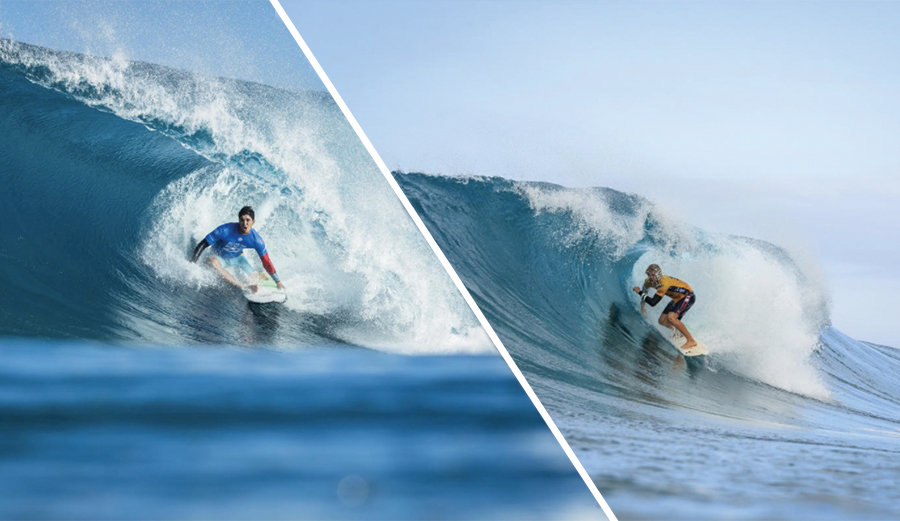 Medina vs. John John. According to the numbers. Photo: WSL/Damien Poullenot

2017 has proven to be an epic season for the World Surf League. Miracle Comebacks, Perfect 10’s and the championship open until the very last event, where John John Florence claimed his second world title. I’m not going to review the year; there are enough videos and articles out there. I did, however collect and analyze all waves from the 11 events this last year: the data behind a great season!

This season saw a total of 7,326 waves ridden. Surfed in 558 heats, by a total of 55 athletes (including wildcards). The basis for this analysis is every wave that is available on the event pages of the WSL Men’s CT. All waves from all heats count, not only the two scores that are used to decide who advances to the next round.

The first thing I wanted to know is how many waves each athlete caught on the CT. This would be a sort of productivity gauge. To add context I wanted to be able to label the waves into categories indicating the quality:

That’s why I classified each wave as low, medium or excellent:

I now have a way to measure quantity (amount of waves) and quality (classification). I created the following graph to visualize the results. It shows the quality and quantity of the fifteen most productive athletes on the tour: