A Statistical Look at Which Nation Actually Dominates Professional Surfing 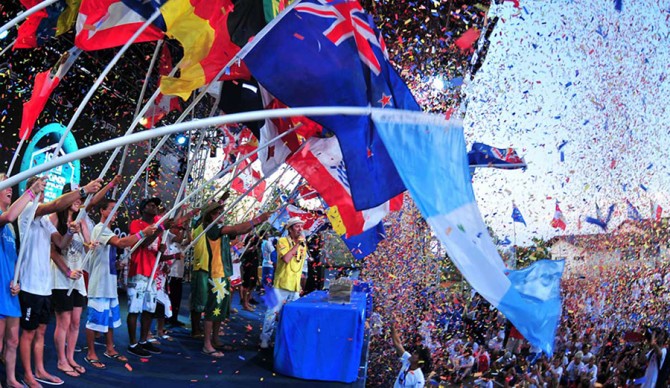 Australia is a unique place. When explorers first landed there in the late 18th century, they found swans that were black rather than white, trees that shed bark rather than leafs, and animals that nurse their infants in a pocket rather than, well, a cave?

Another unique thing about Australia is that it simply dominates professional surfing. In fact, if you tallied up all the world titles when Kelly Slater was still just an aspiring grom, plotting to someday take over the world, this is what it would look like: 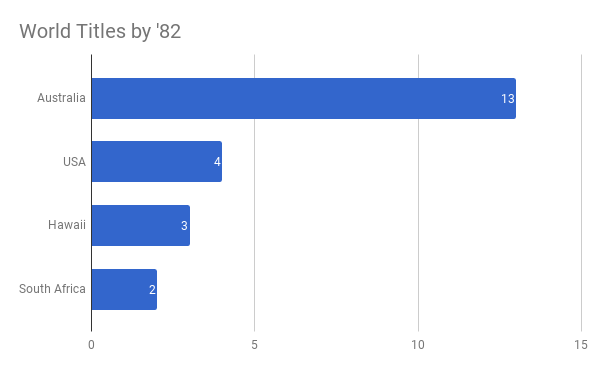 Fast forward nearly 35 years and Australia still dominates. This is what that updated chart looks like even with Kelly’s 11 titles added to team USA’s count: 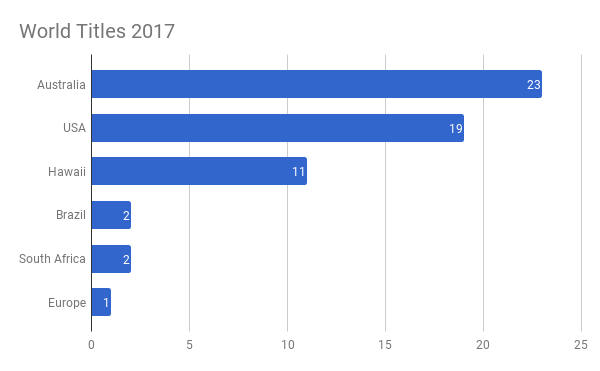 Keep in mind that there are far fewer Australians populating the world than Americans, even though their countries are virtually the same physical size in land mass. In fact, in 2017 the U.S. population was more than 13 times that of Australia’s, only magnifying the achievements of Aussie professional surfing.

“So overall population should be a factor,” you say. But let’s try to eliminate the size of each country and dig even deeper into Australia’s superiority over the red, white, and blue by examining the per capita statistics. How many top-level surfers does each place produce for every 10 million people living there?

Here, we have Hawaii kicking Australia’s ass in the number of CT surfers it produces for every 10 million residents. And do those numbers tell us? Yes, Australia is about 16 times bigger than Hawaii by population, so it still breeds more surfers overall and produces more titles, but the Aussies aren’t quite as successful as the Hawaiians. By 2017, according to this chart, Hawaiians were eight times more likely to reach the CT than Aussies – double what it was in 2012 – showing that Australian dominance and presence has been declining over the past half decade.

Now, if you look at the overall number of CT surfers from around the world you’ll notice something interesting about the very recent past, including next year’s CT roster: 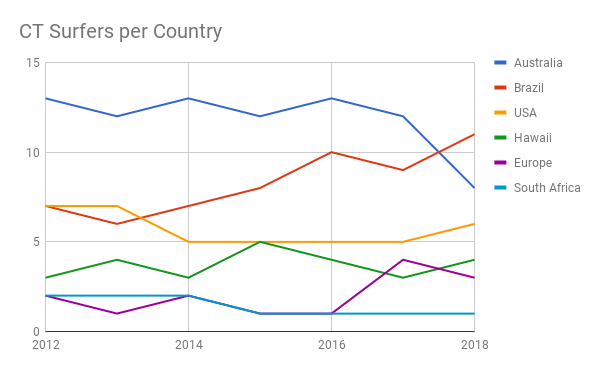 There are a few very notable facts that we learn:
-Australia *is* in decline as far as the number of athletes representing it.
-For the first time in WSL history, the majority of the league won’t be made out of Aussies. It will be Brazilian.
-This is also the first time in that span the Aussie contingent on the elite tour will fall into single digits while the Brazilians are represented by more than 10 competitors for the first time in the same era.

So stash your Victoria Bitters, mates, make room for some cachaca, and worry. The Brazilians may only have two titles so far but they’re both within the past four years. They aren’t breeding CT competitors as frequently as Hawaiians, but with a per-capita ratio three times greater than the USA and South Africa, and with a pretty big population to accompany it, maybe there’s some merit to this idea of a Brazilian storm after all. For the first time in the WSL’s short history, the majority of the league won’t be composed of Aussies. It will be Brazilians who make up the tour roster’s majority.

2018 may be the year Brazil’s reign really begins.