The Story Behind One of the Most Beautiful (and Perfectly-Timed!) Surf Photos We’ve Seen 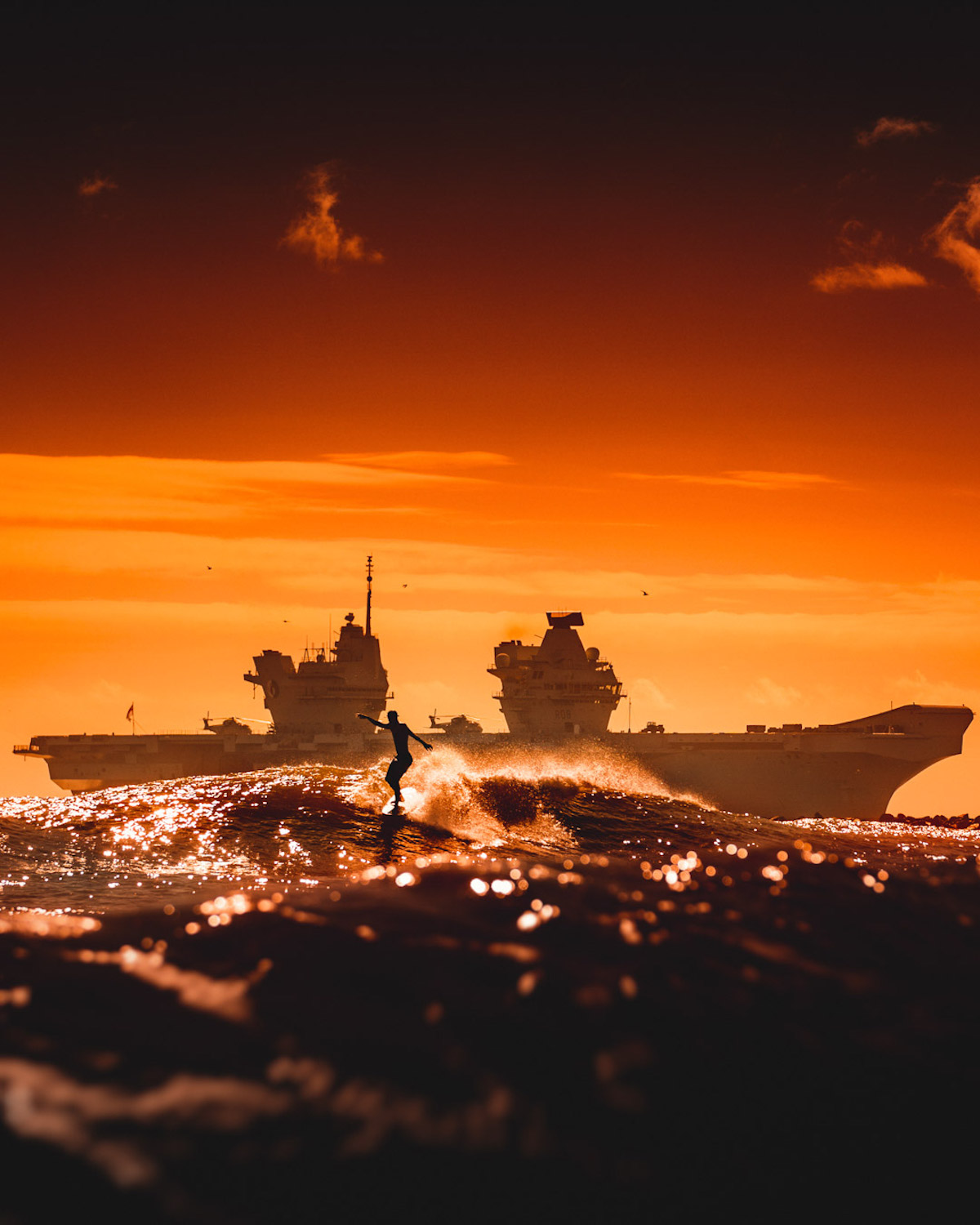 Rarely do the stars align in Jacksonville Beach, Florida, photographer Adam King tells us, but sometimes the capture of a lifetime just sets itself up right in front of you, which is precisely what happened here. Photo: Adam King

One of the effects of working for a publication such as this one is scrolling through countless photos and watching an innumerable amount of videos daily. Call it desensitization, but with intake at those levels, it’s rare a photo will completely stop us in our tracks.

The above photo, however, did just that.

Jacksonville Beach, Florida-based photographer Adam King recently posted this gem on Instagram and when I stumbled across it I was speechless. It turns out others were, too – including the crew aboard the British warship and their friends and family back home. We reached out to King for the full story and he gave us the scoop:

“This was taken just off the coast of Jax Beach (Jacksonville), Florida,” said King. “As a surf scene, for photo purposes, Florida can’t compete with some of the unreal consistent breaks of the Pacific, with crystal clear waters, and impressive mountain coastlines. But I always shoot with that in mind. I try and push the strengths of what we do have, and that’s a community that loves the ocean. I try to capture people connecting with the ocean, in high detail, and I push a dramatic, colorful take to it, to capture the surfer’s view, angles, and feel.

“This moment was pretty unique. I have to give Scott Kellogg, an excellent North Florida longboarder some credit because he yelled over to me and told me it was a British ship, and said, ‘Let’s get one.’ It was the end of my shoot, and I was on my way out, but that sounded just intriguing enough to give it a shot. I swam into position and he popped up, but I was shooting a long 70-200 lens, and in the distance between us, another wave almost eclipsed Scott. As soon as that wave passed, I saw Reid Mikalsen perched on top of a wave, perfectly lined up!

“You can see in the foreground the next wave about to swell up and eclipse this shot too, so I really only had a fraction of a second to get this one, but it played out as good as I could have wished. For locals, it just screams Jax beach. We have a large military presence, as well as a thriving surf community, and being able to capture them in a single frame, is pretty much my dream shot for this scene.

“I’ve been overwhelmed with the response to the photo, as it quickly reached members of the crew of the ship, as well as family members worldwide. I don’t think anything has been as touching as the sentiment that there are family members out there that are missing a loved one, for months at a time, and then because of my random circumstances, they get to see a shot of the ship just off the coast, looking as impressive as possible.”