After This Surfer Broke His Neck, a Handboard Gave Him a New Lease on Life 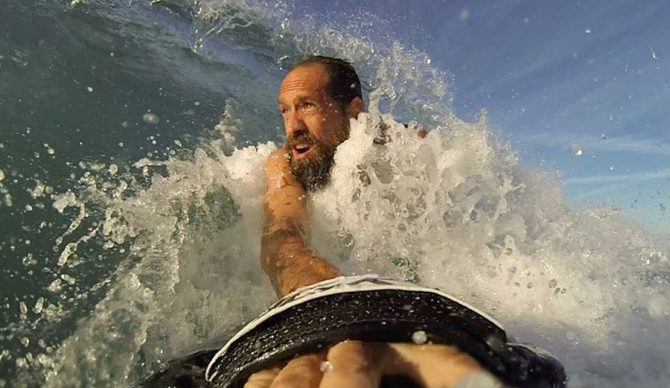 When thinking about surfing, it’s easy to envision endless glassy barrels, warm water, and stoke.  Unfortunately, not all surf days result in those salty good vibes. For 35-year-old triathlete, surfer, and boat captain,  Rafky Sanchez of Puerto Rico, that sad fact became a reality that would change his life.

“I was at my local beach in Luquillo. It was chest high, real choppy, and I wiped out on the first wave,” Sanchez recalls. “I remember everything; I hit the bottom and boom, it felt like an explosion from head to my waist, and I saw a bunch of stars.  I immediately knew something was wrong because I couldn’t handle myself. I came up to the surface yelled for help while trying to hold on to my board.  I had no strength and the waves kept crashing.  I couldn’t hold onto my board anymore and my leash ended up breaking, so I was left without a flotation device and unable to swim.  Luckily a few bodyboards were able to reach me and take me to shore.  At first, everyone thought it was a sprain, but I knew it was much worse. The pain was too intense.”

Rafky was right, he had broken a vertebra in his spine, now needing an intense surgery to replace and mend his spine with prosthetic bones. Doctors told him he would never be able to run, compete, or surf again. Believing them, he thought he’d be living his life in the same neckbrace and away from the ocean he’d l0ved so much. He went into depression – isolating himself from others – but says he was lucky to have friends who wouldn’t leave him alone during such a low point. 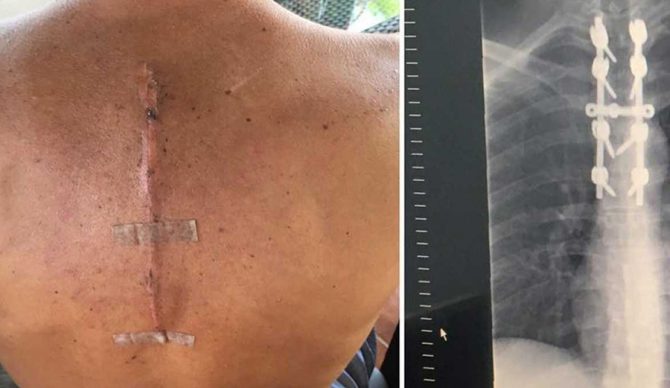 “I had to continuously be reminded that not all recovery is the same. I wanted to have surgery and get up and walk the next day. Physical therapy helped a lot. Finally, I was walking and able to ride in a car, and got to the beach to watch my boys surf. I took on the role of photographer, but that quickly became frustrating because I wanted to be in the water too.”

Patience and persistence had a magical way of paying off. Seven months later, Rafky found himself getting back in the water one step at a time. He started with bodysurfing and pointed out a handboard to a friend. That same friend, who had been supportive through Rafky’s recovery, surprised him with a Slyde Handboard. “I hadn’t felt that stoked in a long time and I’ve been in the water almost every day since,” he says. “I do have to take it easy since I’m not fully healed and still have a lot of pain at times, but handboarding has allowed me to get back in the water.”

Along with returning to the ocean a different waterman, Rafky has a fresh outlook on life altogether now that he’s back in the water.

“What I’ve taken the most away from this experience is to never give up, how to get to know my body again, and having a greater appreciation for life even when the odds are against you. If I would have listened to the doctors, I’d probably still be laying in a bed with a neck brace.”

Note: You can find more inspirational stories from the Slyde community here.