All Access Pass: How Surfing Lets You Get Closer to Your Heroes 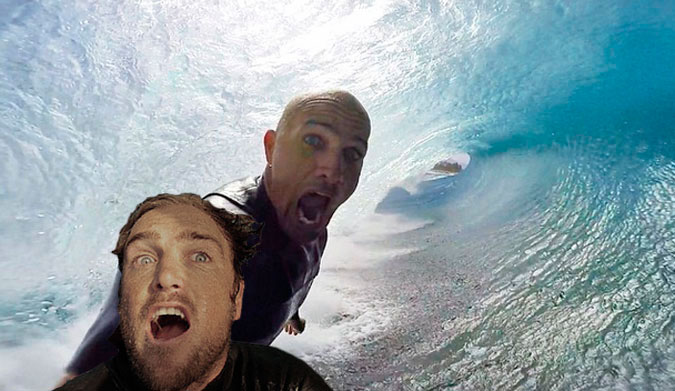 When you think about it, photo bombing your hero might not totally be out of the question.

It’s 7am, contest director Kieren Perrow is about to make the call on whether to get the third round of the Hurley Pro underway, and you’re sitting in the exact spot that’s about to be occupied by the colored vests of the world’s elite. Not only that, but you can legitimately compete for waves with those about to be judged on their efforts in dissecting the approaching sets.

Surfing, because of its very nature, allows unprecedented access to competition platforms and contest arenas. Access to the competitive zone minutes before and after the professionals have done their stuff is surely unique. It’s like being allowed to practice your serve before the final of the US Open, as Roger Federer is walking out of the tunnel from the dressing room. Or testing your 5 iron on the 1st tee at Augusta before Tiger Woods removes the head cover from his driver. And because entering the ocean usually requires a stroll down the beach, there is also an unrivalled intimacy when the surfers are making their way to and from heats. Unless you’re a women of a certain age working in the “entertainment” industry, I can’t imagine you can get particularly close to Mr. Woods as he’s about to drive his ball, so to speak.

But what do you do with the opportunity to compete in your very own super heat? Award yourself imaginary priority; hustle the pros’ for every bump on the horizon? Bust out your newly perfected frontside air reverse in an attempt to get noticed, and maybe, just maybe, you’ll get that wildcard entry you’ve always been overlooked for? Or do you sit back and enjoy the show from the best seat in the house; soak up the energy in the water, and appreciate the fact that you’re fortunate enough to get so close to your heroes?