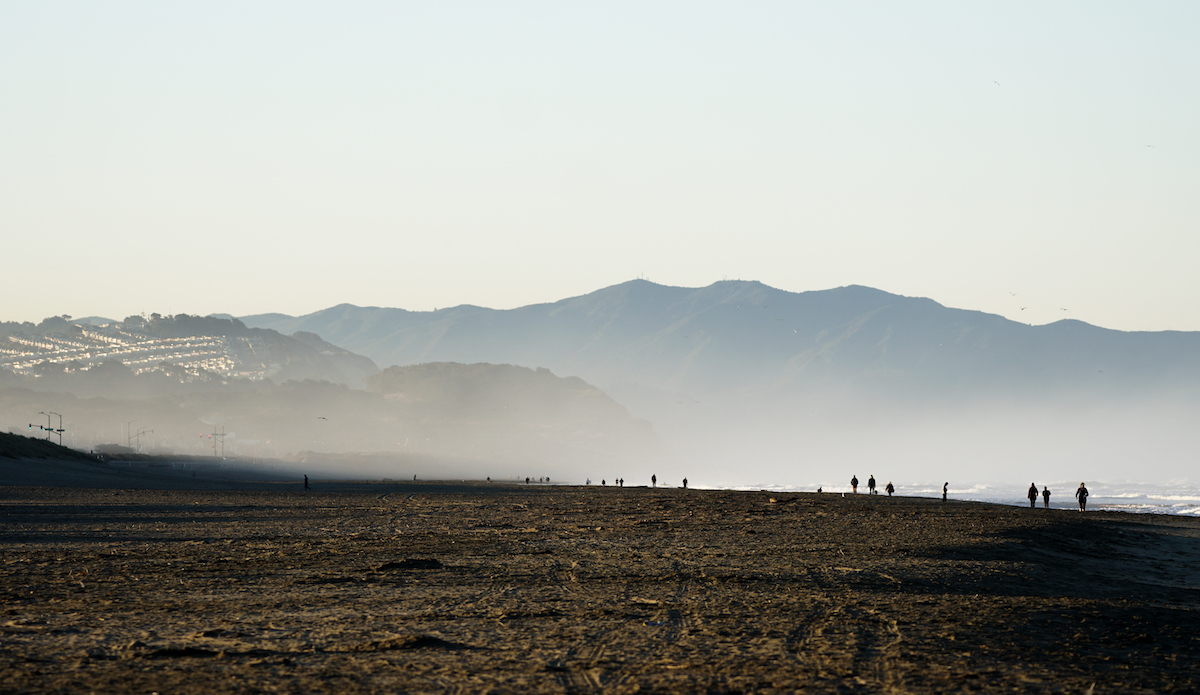 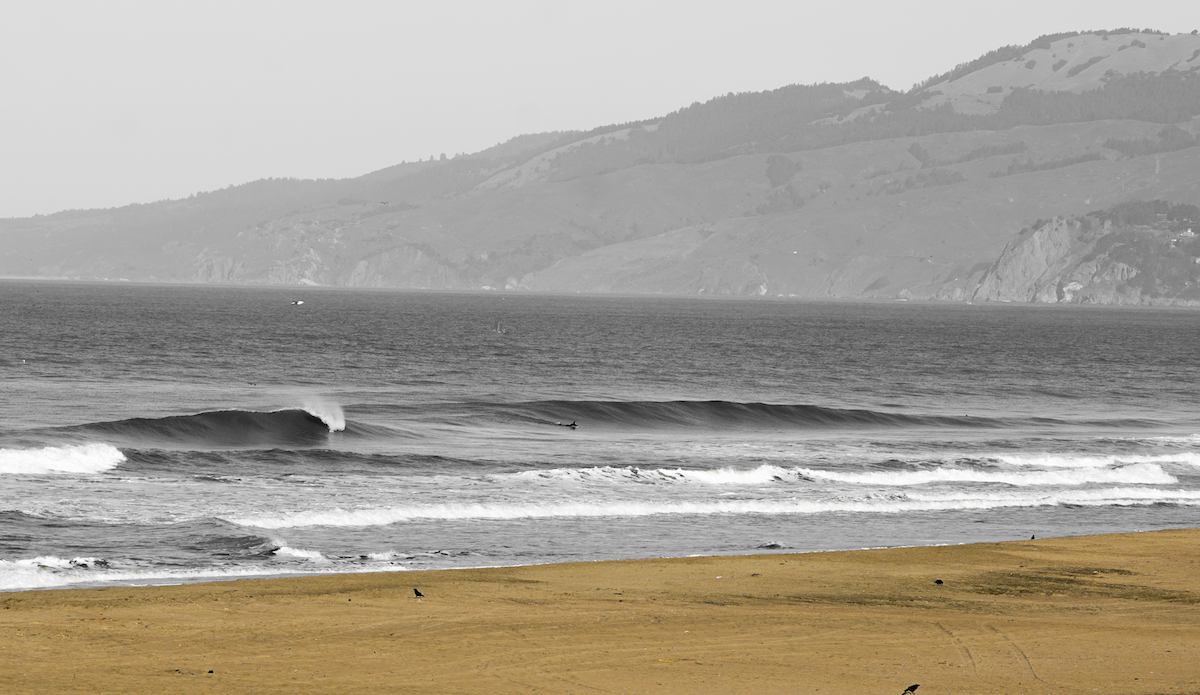 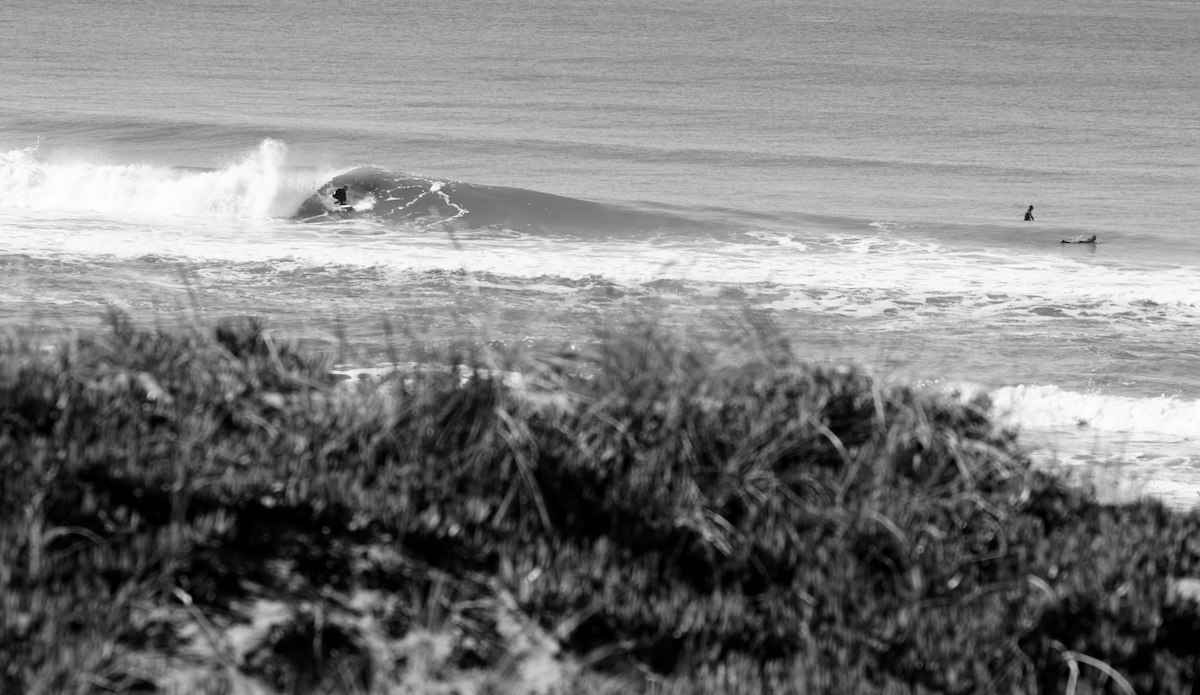 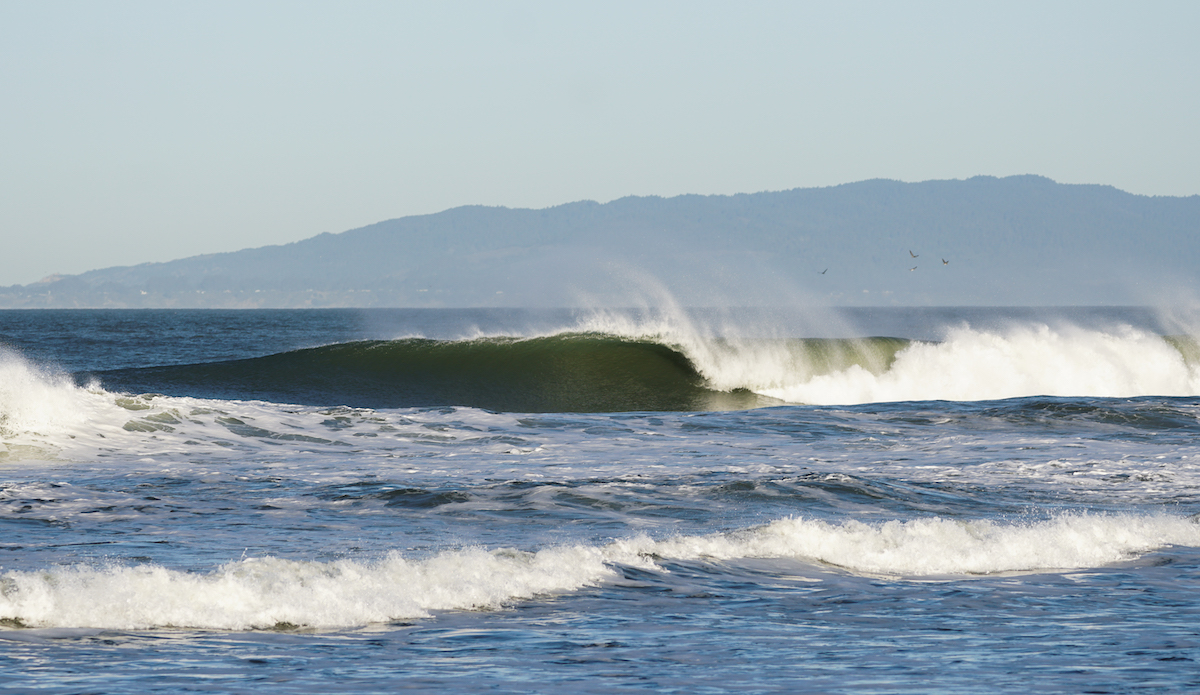 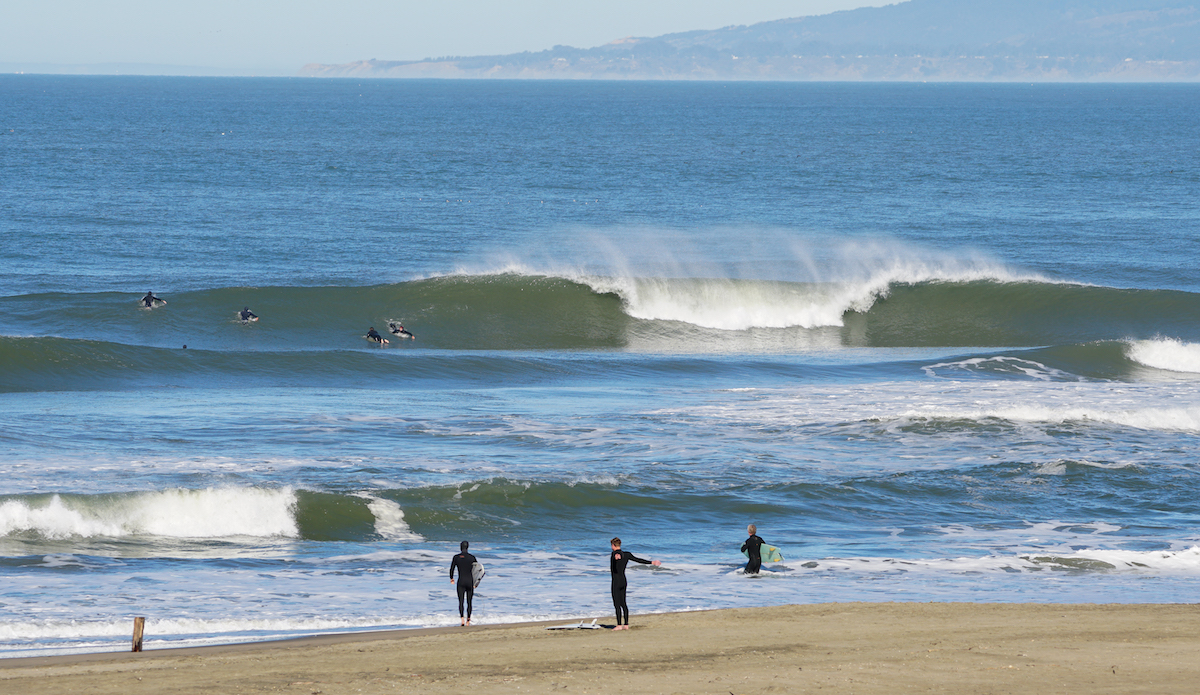 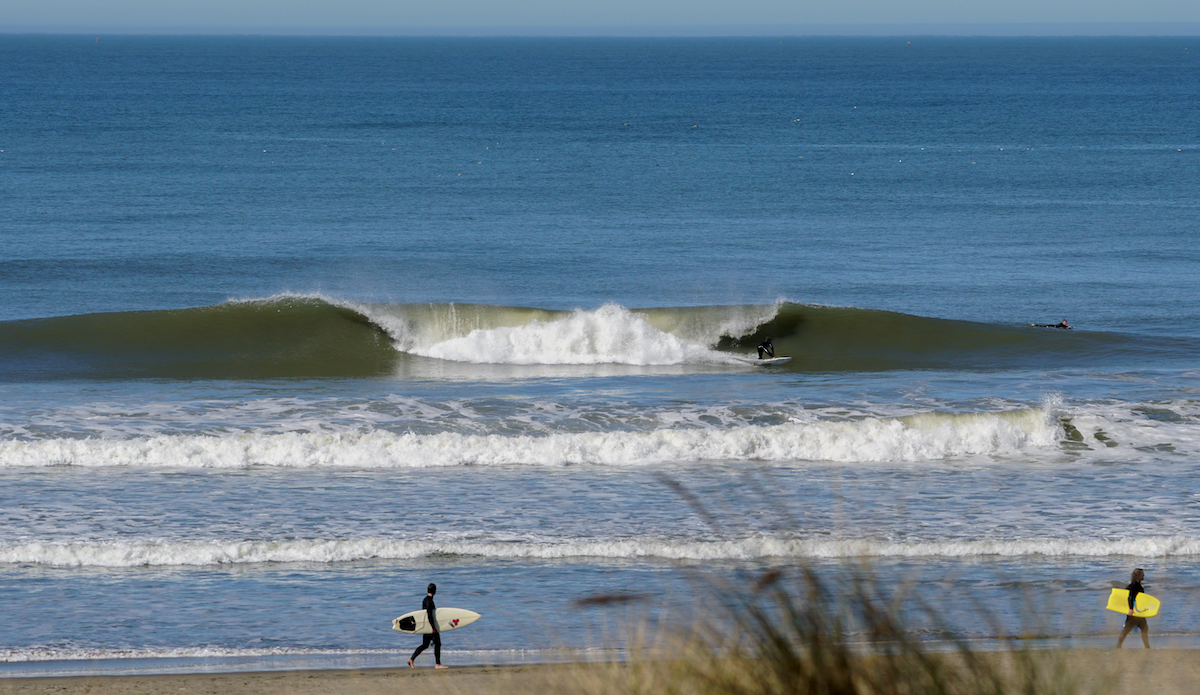 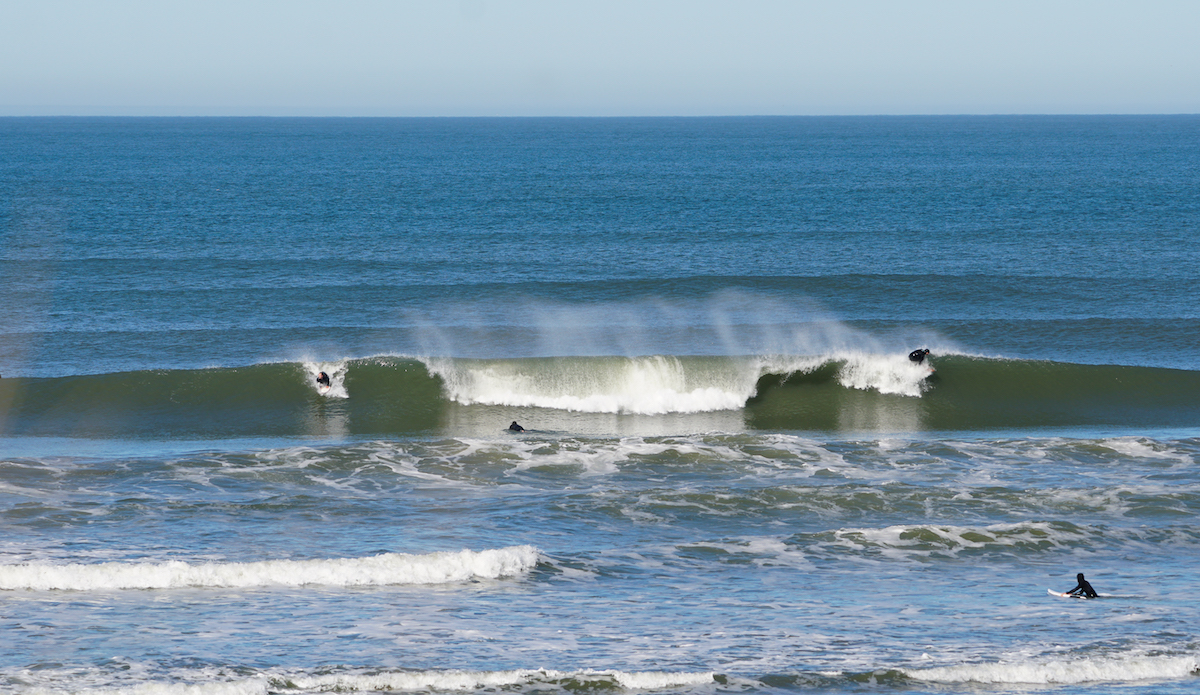 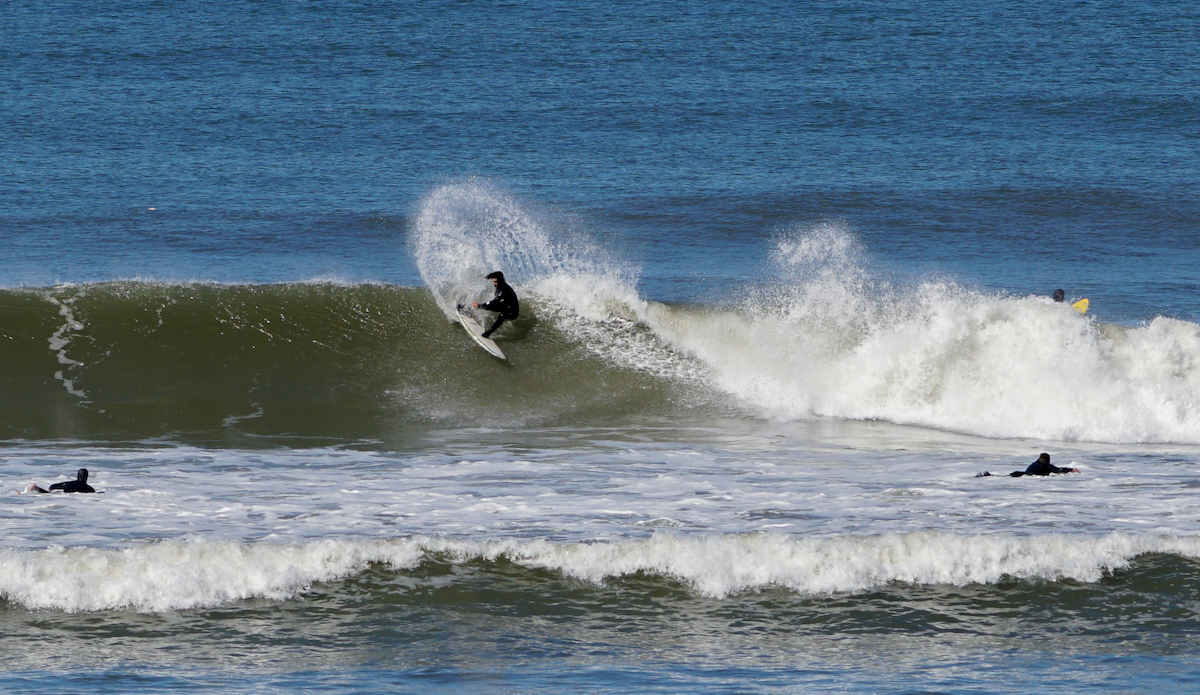 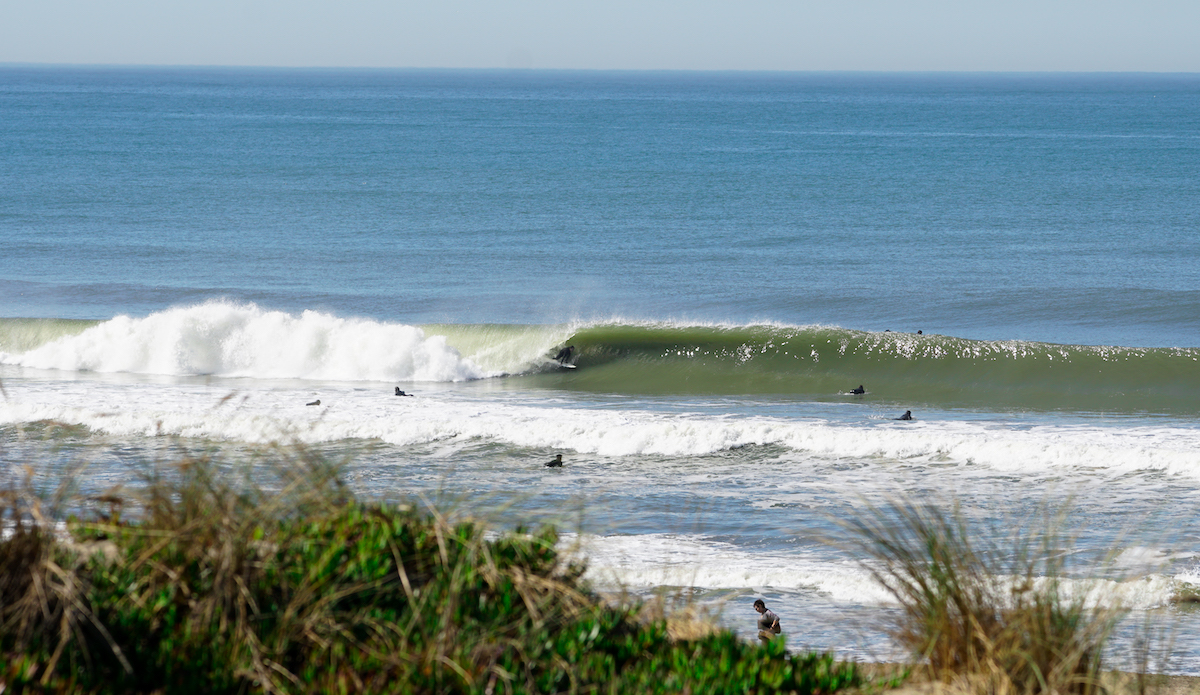 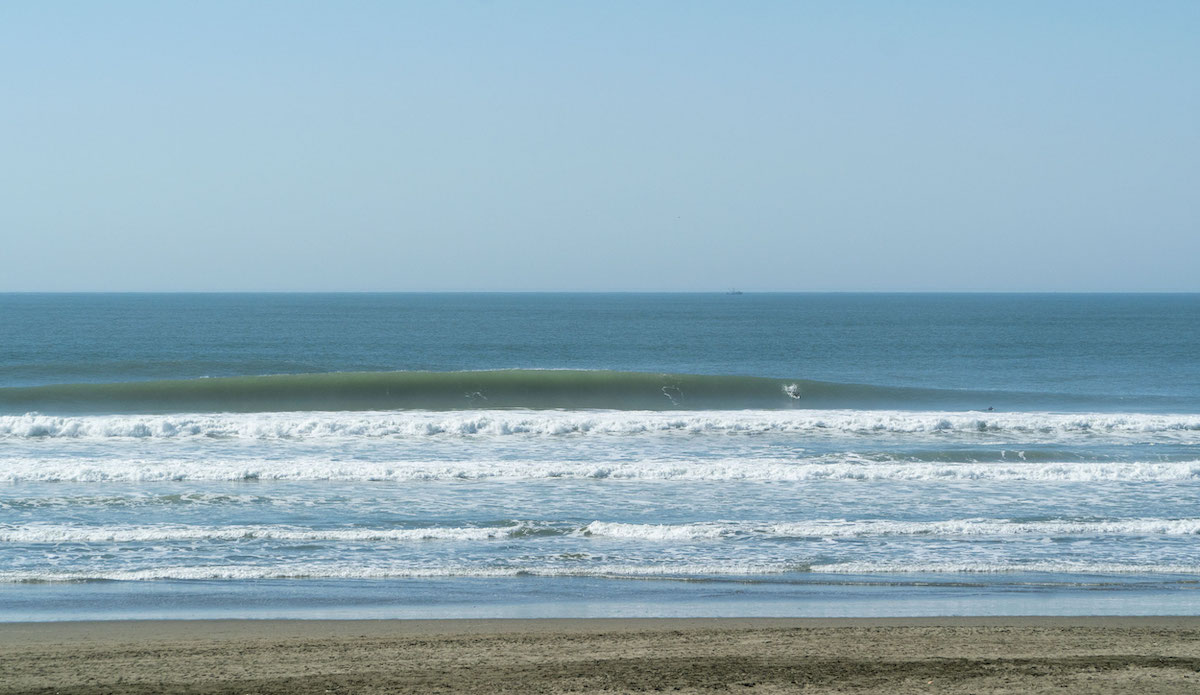 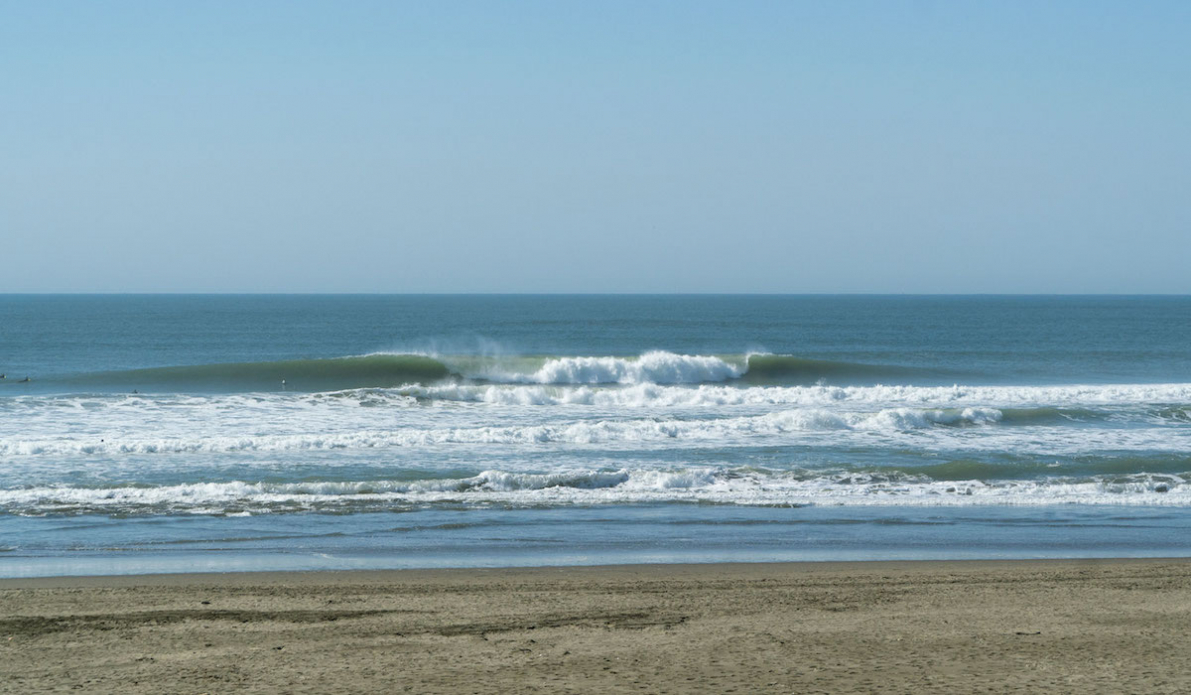 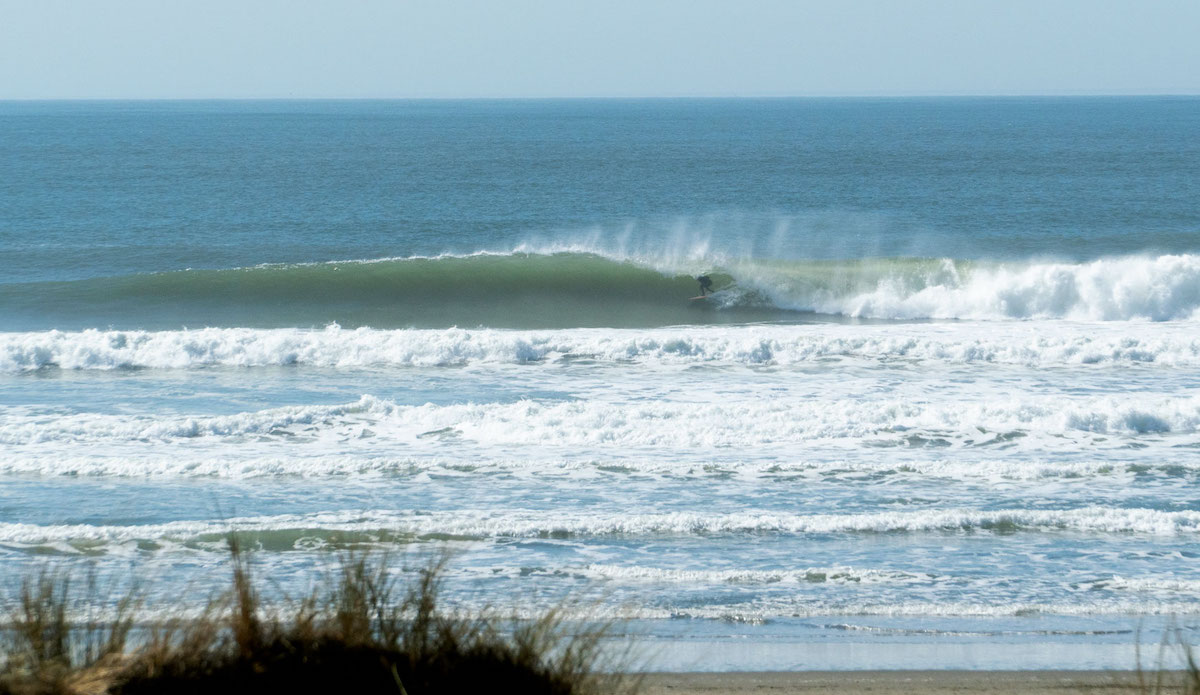 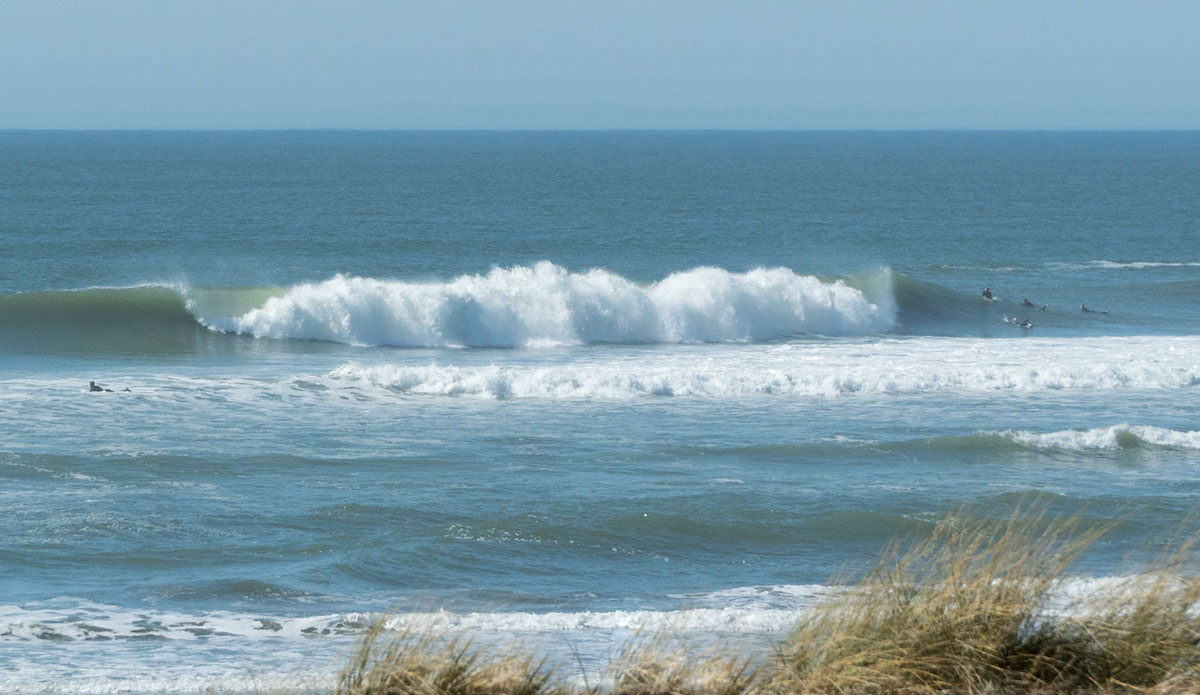 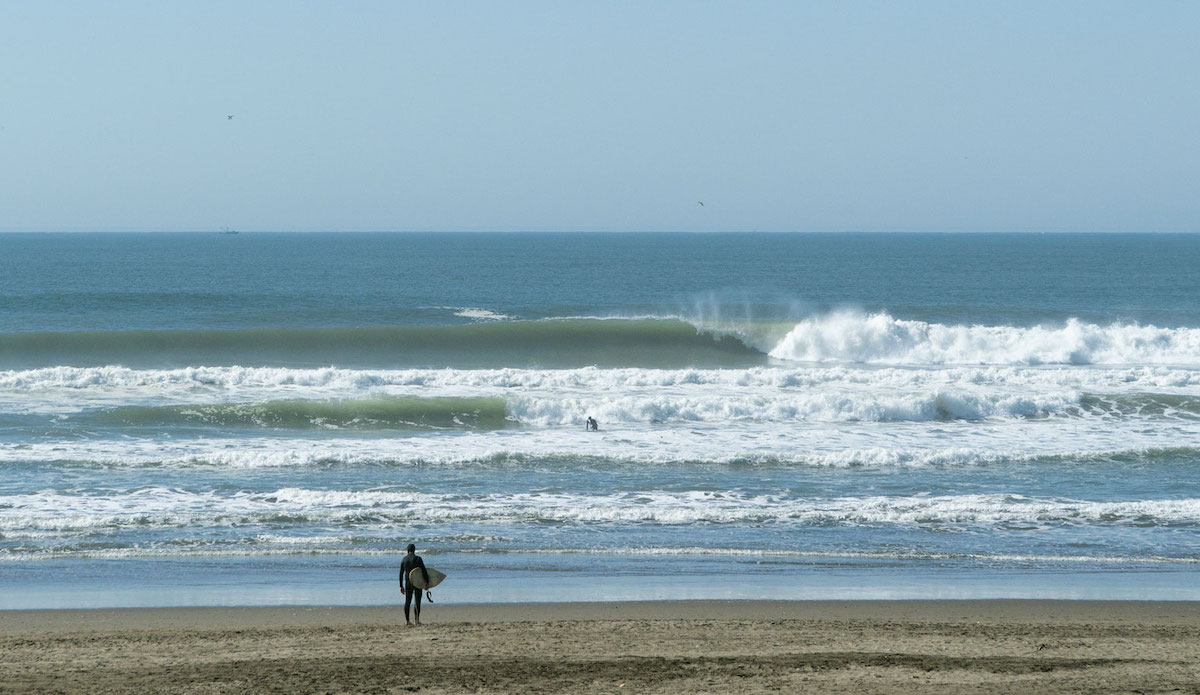 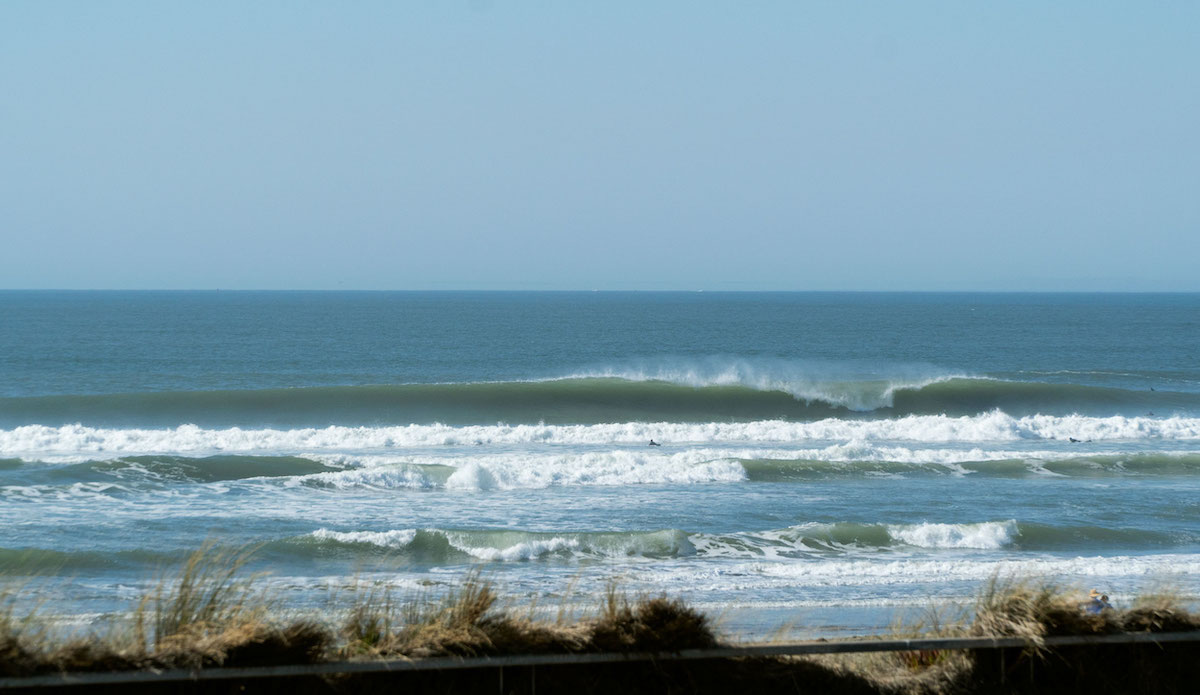 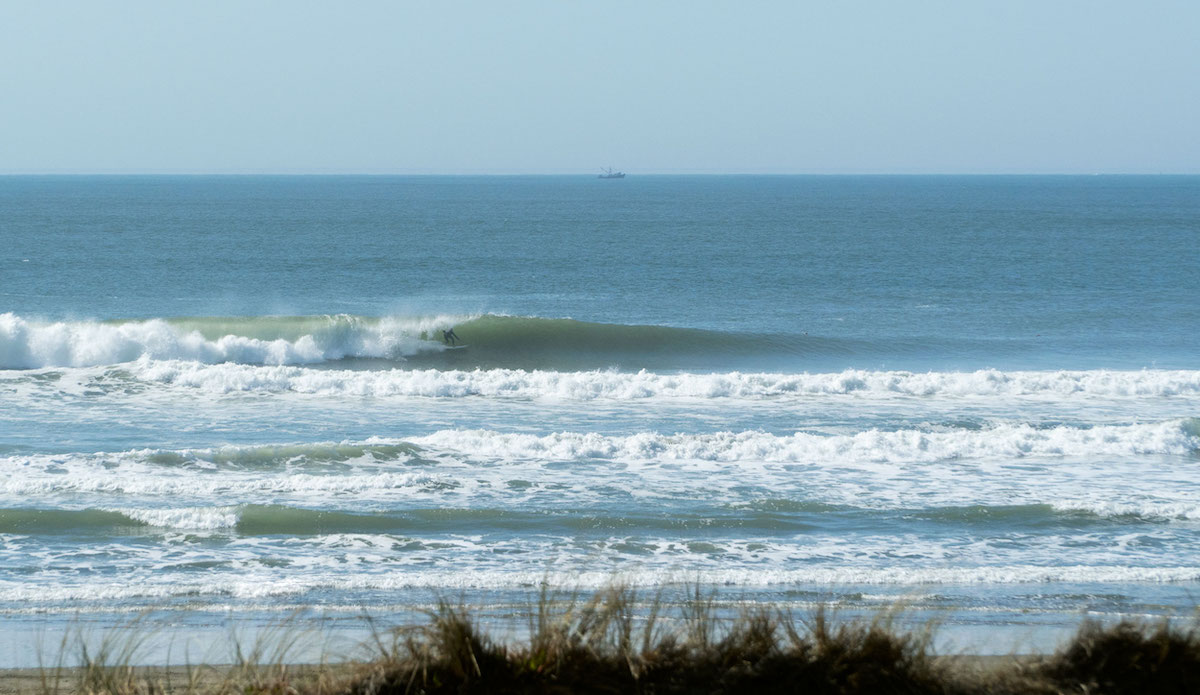 Fall is my favorite time of year at Ocean Beach. The water is still warm, relatively speaking, the winds start blowing offshore (or at least stop blowing onshore 24/7), and there’s plenty of northwest swell in the water, but not too much northwest swell. At Ocean Beach, the quintessential fall day has a good mix of south and northwest producing gently overhead surf, a morning of steady offshores beating back the fog and bringing warm air from the central valley with it. And an afternoon of little to no wind with a warm golden sheen hanging over everything as the sun makes its way towards the open ocean.

Last year, there were plenty such days to go around. This year, not so much. But fall isn’t over yet, and last Friday and Saturday were strong reminders. Friday saw morning-sickness early, but as the day wore on the waves cleaned up. Rolling into the Sloat parking lot around 9:00 a.m., the dream became reality. Offshore breezes, well-formed sandbars, and a rising tide were producing picture-perfect A-frame peaks.

Sixteen-year-old Solomon Fragakis made the trek down to Ocean Beach from his home in Marin to snag a few pictures before school started on Friday.

“On Wednesday, I saw the offshore winds forecasted for Thursday and Friday,” says Solomon. “We went out for dawn patrol Thursday morning, but OB was messy and bumpy, even with the offshore wind. Our spirits were down, and I was even thinking of not going out on Friday. Friday morning started off bumpy and disorganized, but quickly turned into magic in front of us. After seeing multiple people get barreled, I knew it was on. Since I’m in high school I had to fit as many shots as I could in the morning before I had to leave for class. Everywhere I looked, it was perfection. A little spit here, a perfect face there, the sun lighting up a perfect tube. I took around 2,000 photos before I had to go.”

Solomon sent me 57 shots from the day, and I wish I could have posted them all. Above are some of my favorites, and if you want more from the steady-handed youngster check out his most recent film, What We’re Chasing, an adventure story shot just over the Golden Gate Bridge in Marin County.

Saturday awoke with more perfect conditions, a touch less swell, but beautiful, perfectly-organized lines from dawn to dusk. Pedro Bala came out to enjoy the weather on Saturday, and luckily for us he brought his camera with him.

“These photos were taken right at Santiago,” he said. “There was a nice peak throwing A-frames. I was there around 2:20 p.m. and stayed at the beach for about an hour before I had to go back to my studio to finish work. I just needed some fresh air and sun before wrapping up my day. I was not planing on taking photos, but I always carry my camera. I’m very happy I did.”

Check out the rest of Pedro’s work at pedrobalaphotography.com.