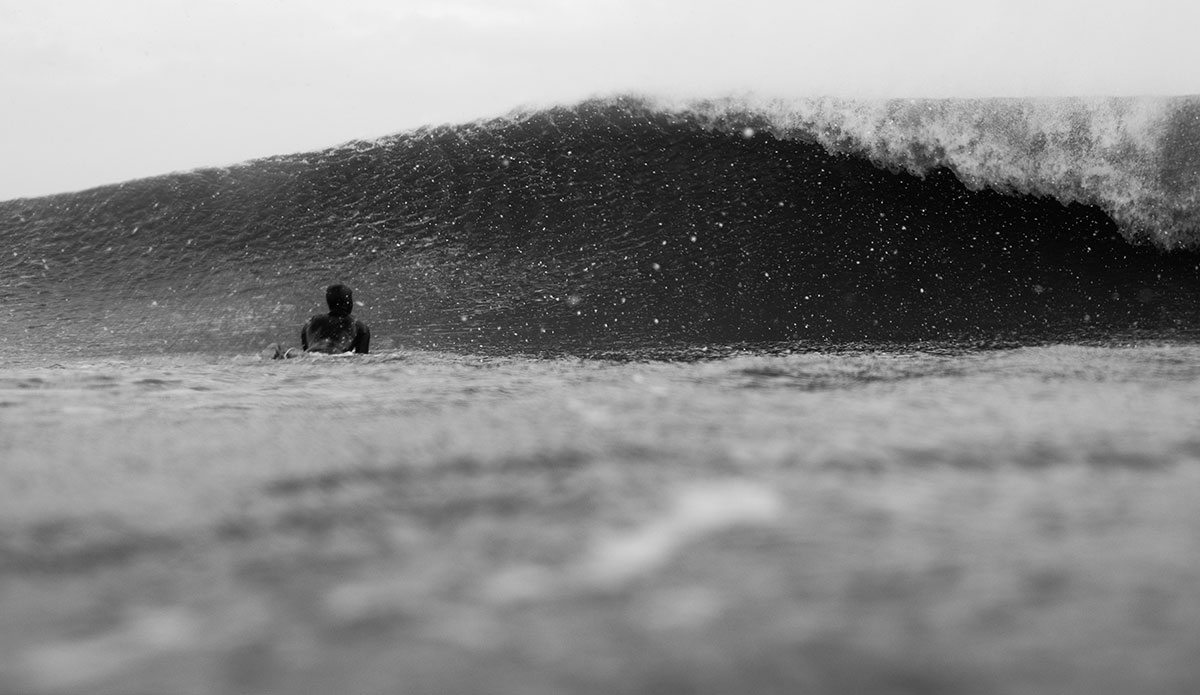 Editor’s Note: Our new series, All-Time, showcases images that stop us in our tracks. Only on rare occasions do nature’s infinite variables align. It’s even more unusual that a single frame captures the essence of that moment. If you’re sitting on an image from surf or snow that you think fits the description above and you’d like to be featured, shoot your photo with a few sentences about the day to info@theinertia.com

This installment of All-Time lines up perfectly with the end of a long year and the mid point of a cold winter on the East Coast.  We received the haunting frame above from Patrick Murphy, a photographer based in the low-key surf hub of Rhode Island. He captured the recent run of East Coast Swell.

“The morning was spent playing the Ocean State-shuffle, battling sideways snow, blinding wind, and icy roads,” Murphy told us. “I drove the entire coastline looking for the right spot, but patience always seems to pay off. Dark caverns and snowy barrels presented themselves. Will Simon is finding himself exactly where he was supposed to be (in this picture). I’ll take snow and barrels any day.”

The tiny state of Rhode Island looms large in terms of dedicated surf cultures, boasting the quality waves that’ve slow cooked a core community. Legends like Peter Panagiotis, better known as “Peter Pan,” an East Coast surf champ, has taught hundreds of people to surf through the years as part of his surf and skate shop, while dedicated shapers like Levy Surf Designs (LSD) have created boards specific to breaks from Point Judith to Narragansett. The Ocean State, with its wealth of beachfront exposed to varying swell directions, is certainly well named.