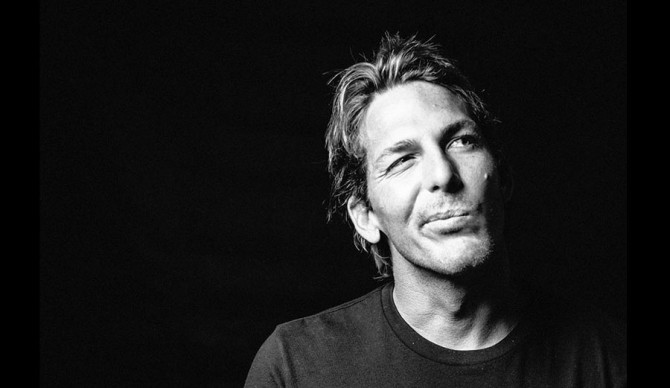 I want to make the tangled emotional mess of Kissed by God, the new documentary on the life of Andy Irons that I recently had a chance to see, bigger than it is – about the co-mingling of genius, madness, and religious ecstasy, or about the unknowability of another’s experience of the divine, or about how and when a sport transforms into art. But instead, I keep coming back to brain chemistry.

The late, great Andy Irons was surfing’s Vincent van Gogh. He was a mad genius who described riding a wave as being “kissed by God.” He too painted, with water, light, speed, and a stoke bordering on rage. He was also profoundly mentally ill, medicating his sickness with adrenaline, drugs, alcohol, rivalries, more drugs, and more adrenaline.

Since van Gogh went into his own death spiral in the late 19th century, we have been struggling to untangle the messy collision of creative genius, mental illness, addiction, and religious fervor. While this collision has produced many of the world’s greatest feats, especially in art and music, wild surf breaks also play regular host to driven geniuses trying to outrun their demons.

The filmmakers at TGR may have pioneered and perfected the adventure sports film, but Kissed by God was about as far as you can get from fist-pumping ski or surf porn. This, by sharpest contrast, is the morning-after film — a deadly serious hangover cure for too many kinds of drugs to keep one’s demons at bay. It is a tear-stained homage, befuddled in places by blinding pain, to someone who feels less like a surf hero than a fallen rock star, or poet, or, well, painter. While much has been made about the exact circumstances of and accountability for his death, what this film accomplished was to re-open those wounds, showing instead exactly how and why so many people were desperate to blame anyone but Irons – or his now obvious mental illness and addiction – for the ugly circumstances of his death.

Irons was surrounded by a huge entourage of friends, apologists, users, and unwitting enablers. His widow, Lyndie, says she was trying to “protect” Andy by not letting anyone see or know what was really going on with him, in between all the great victories and wild victory parties. And so it goes for gifted, charismatic addicts, from van Gogh’s beleaguered and enabling brother to the drug running roadies for the latest dead rock star.

And this may be why so much of this film feels like a ripped and tanned version of VH-1’s Behind the Music. We’ve now seen Andy in full-blown manic episodes and yucking it up with his entourage in the hyper-tribal Kauai crew that surrounded and defended him to the end. But we also finally got to see an agonizing minute of video, shot from above of Irons curled up in the fetal position on the floor: this gifted, beautiful, adored young man, his body nearly catatonic, his wide, searching eyes filled with confusion and terror. The scene is eerily reminiscent of the first pictures we had of Kurt Cobain after his suicide, viewed down through a window at his legs on the floor, and for good reason: the “tortured artist and his demons” narrative is the old-fashioned way of lumping creative genius, mental illness, addiction, and divine contact (both the good and bad kind) into a manageable construct.

Unlike most competitive surfers who strive for economy and fluidity in their surfing – the ones who “make it look easy” – Irons did the exact opposite: he made it look hard, scary, dangerous. He didn’t just ride barrels; he unfurled himself upright in the green room, gazing upward to marvel at something only he could see, like Jackson Pollock before a great void of canvas, except the canvas was moving.

Or was it just the drugs?

For all of his genius, Andy Irons was also an opioid addict. And in the time it takes you to read this, another American who has none of Irons’ gifts but is loved all the same by those around him will be dead from the same thing. That’s what made finally telling Andy’s story an important public service announcement. His life and death are as much a PSA about bipolar disorder, a diagnosis made worse by the fact that many of its symptoms, when masked by drugs, or “stoke,” or denial, are actually celebrated. When people suffering from bipolar are “up,” they can be way up: creative, funny, inspiring, charismatic. When the symptoms worsen, they become delusional, self-aggrandizing, obsessive. Andy Irons was all of those things.

Kissed by God also zoomed in, right to the edge of discomfort for the subject (and us), on the interior lives of the people he left behind. But in the end, we still haven’t been given answers to some of our (or at least my) biggest questions — about the collision of genius, madness, religious ecstasy, and drug addiction — beyond exploring each as a factor and leaving us to sort them out. Rather, it serves as a permanent memorial service, a belated chance for all to grieve: those who loved Irons and could not save him; those of us who were captivated and inspired by his surfing and shocked, confused, and angered by his death.

Those gathered for Vincent van Gogh’s funeral did so in the room in the inn where he died at age 37; the church would not bury him because his death was a suicide. His body and his loved ones were surrounded by the last of his paintings, which were still drying on the walls. Andy Irons: Kissed by God, which gathers Irons greatest works into one place, feels like the same kind of funeral, committed forever to film.

Andy Irons was indeed a great artist and a deeply haunted man.