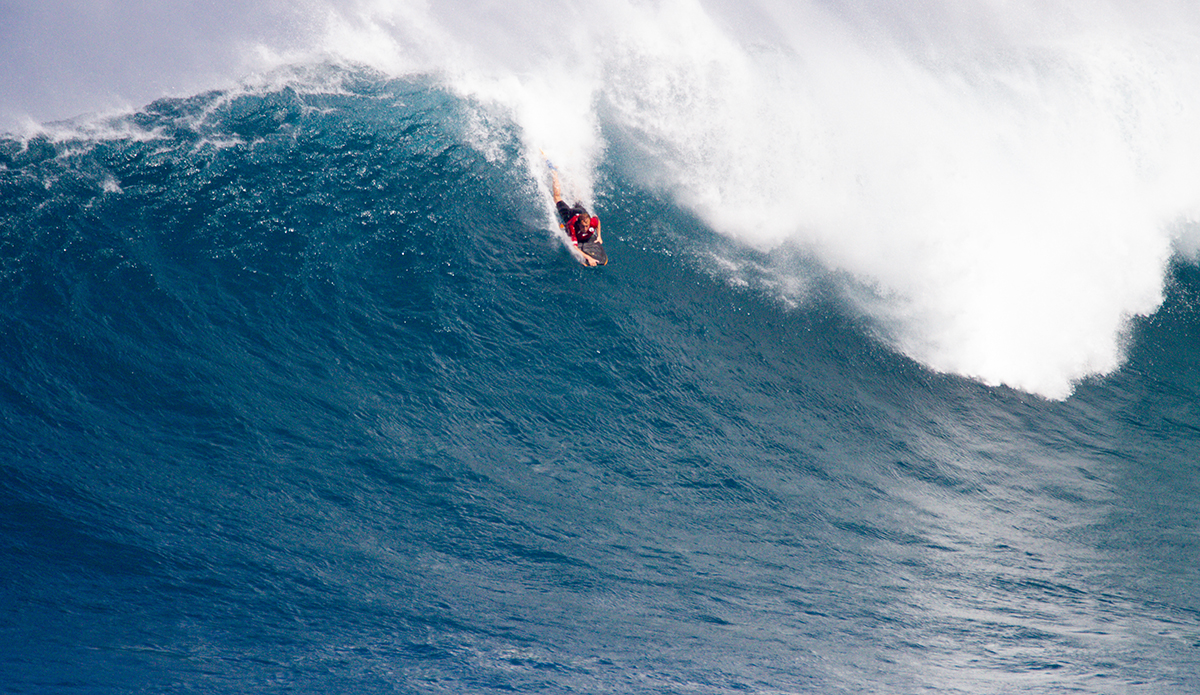 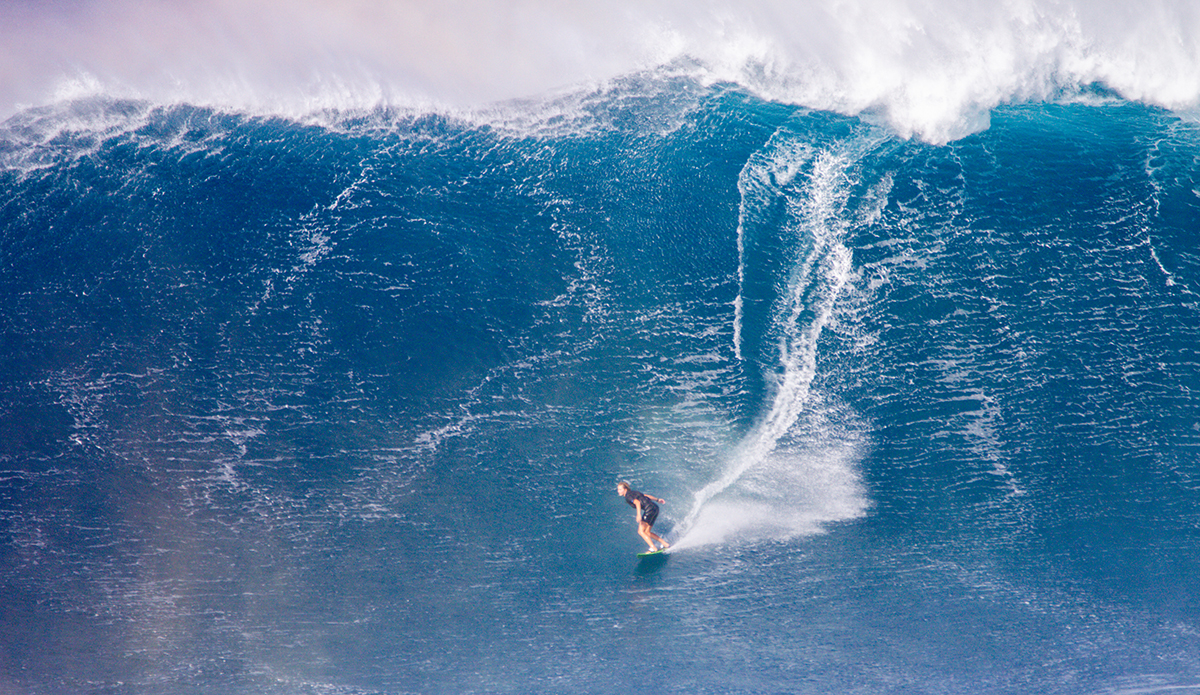 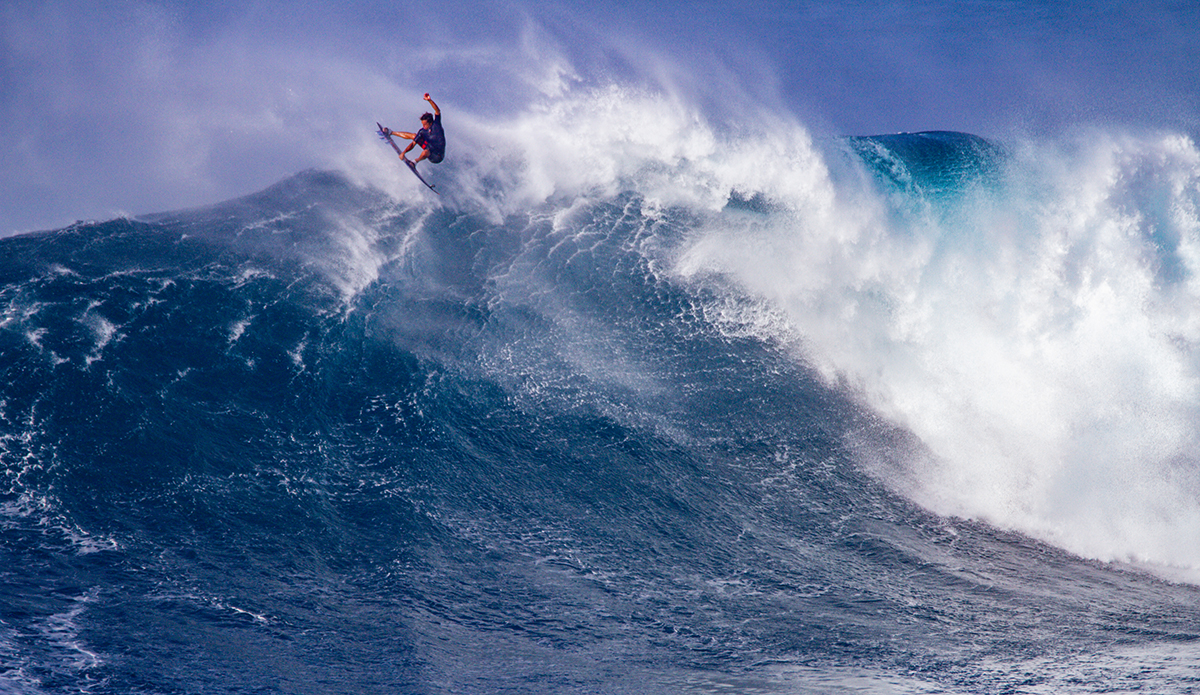 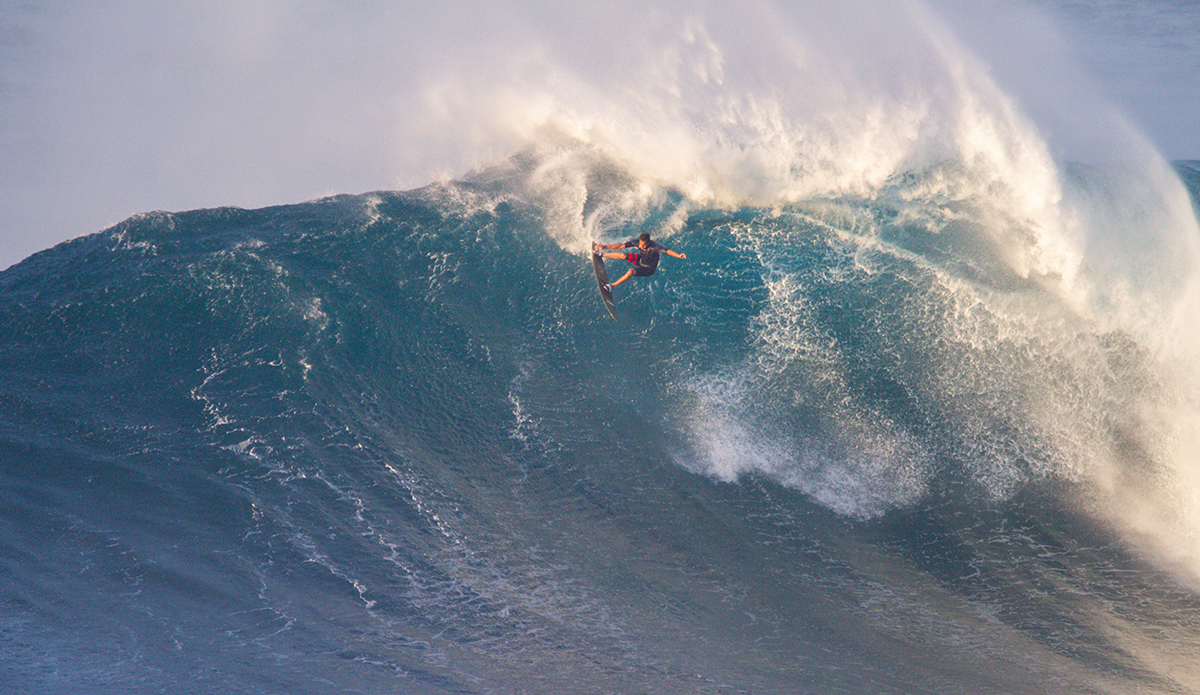 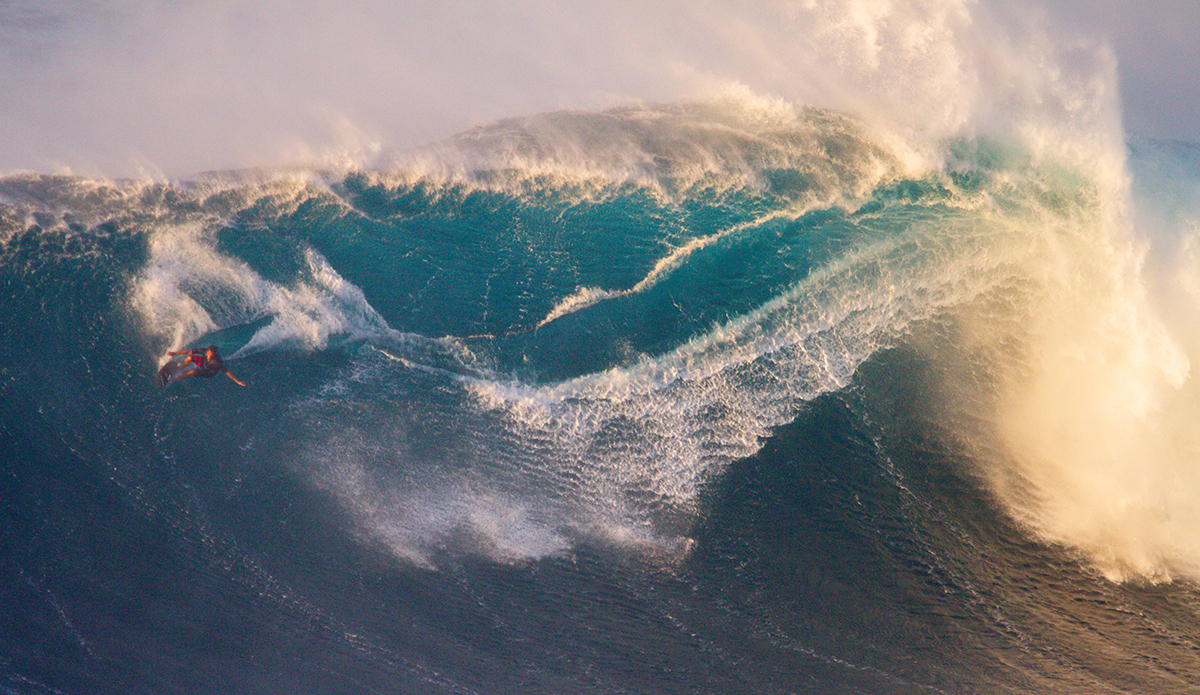 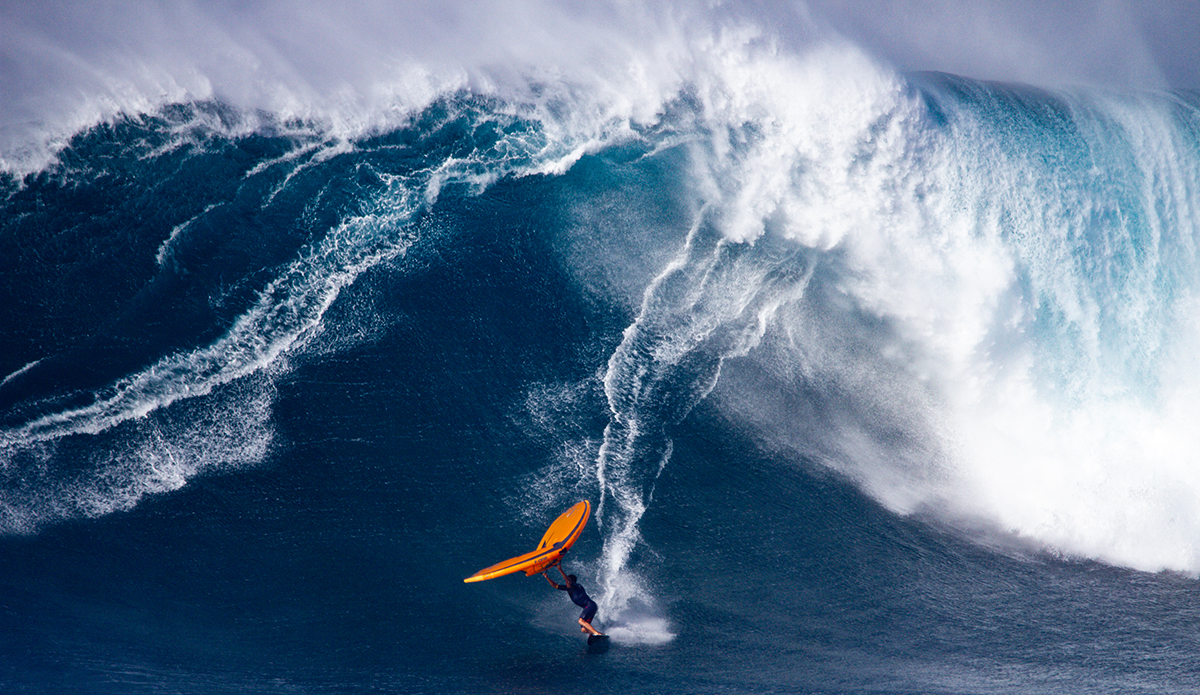 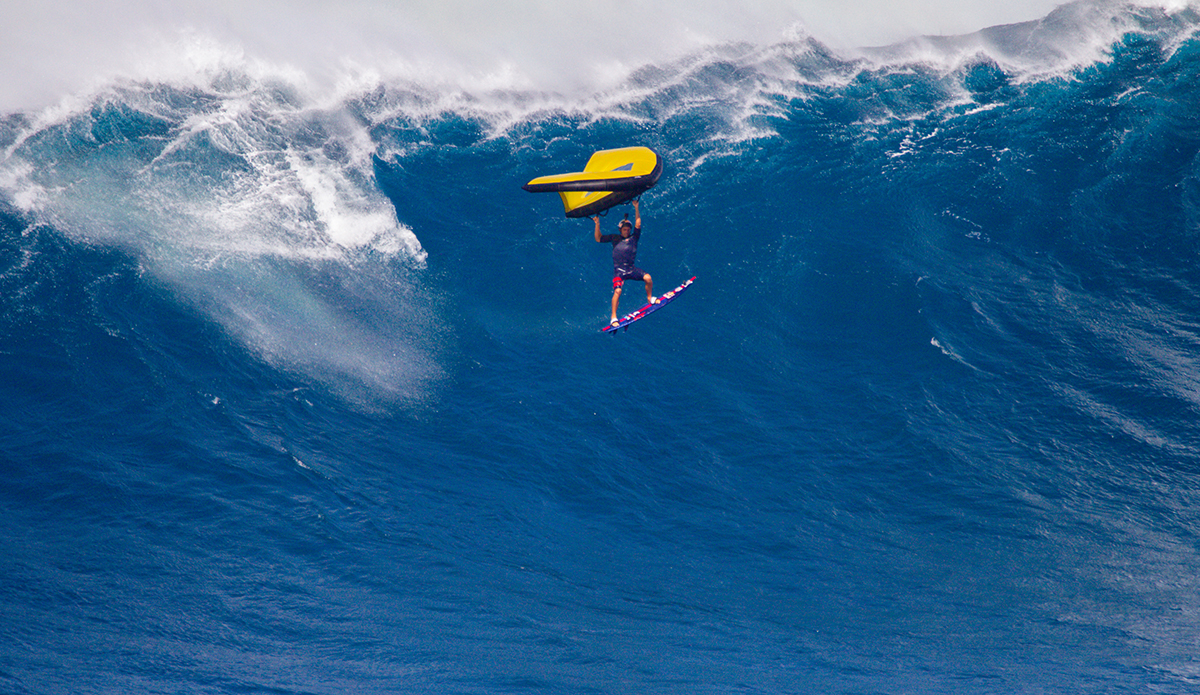 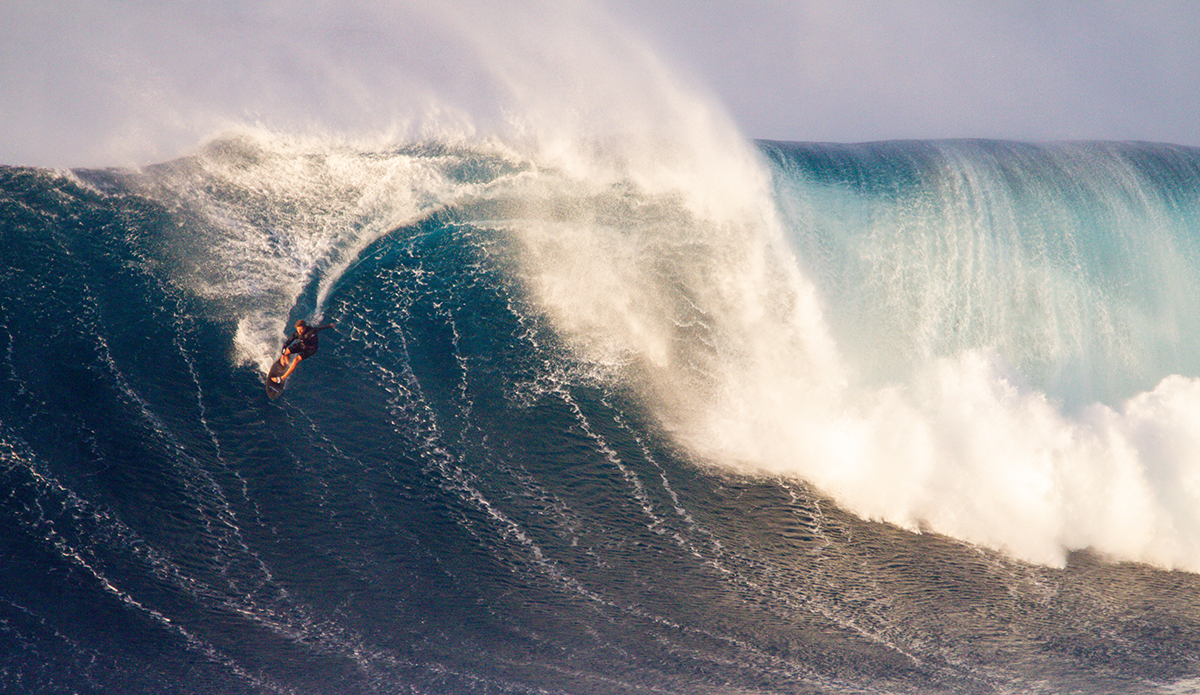 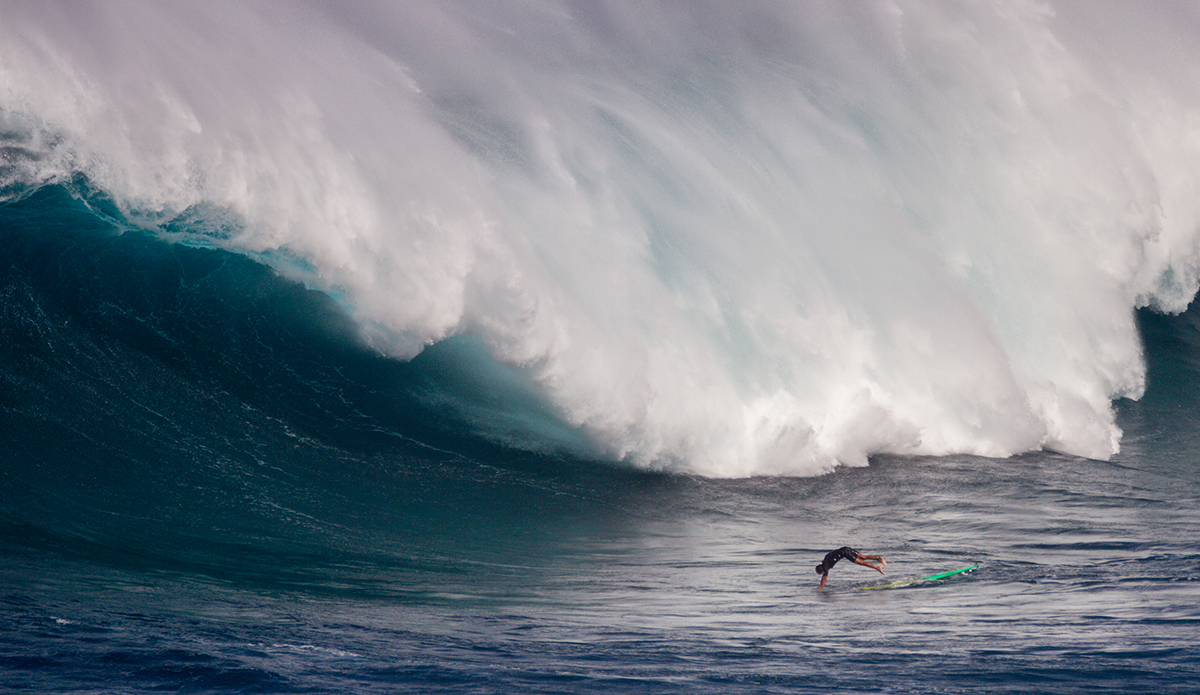 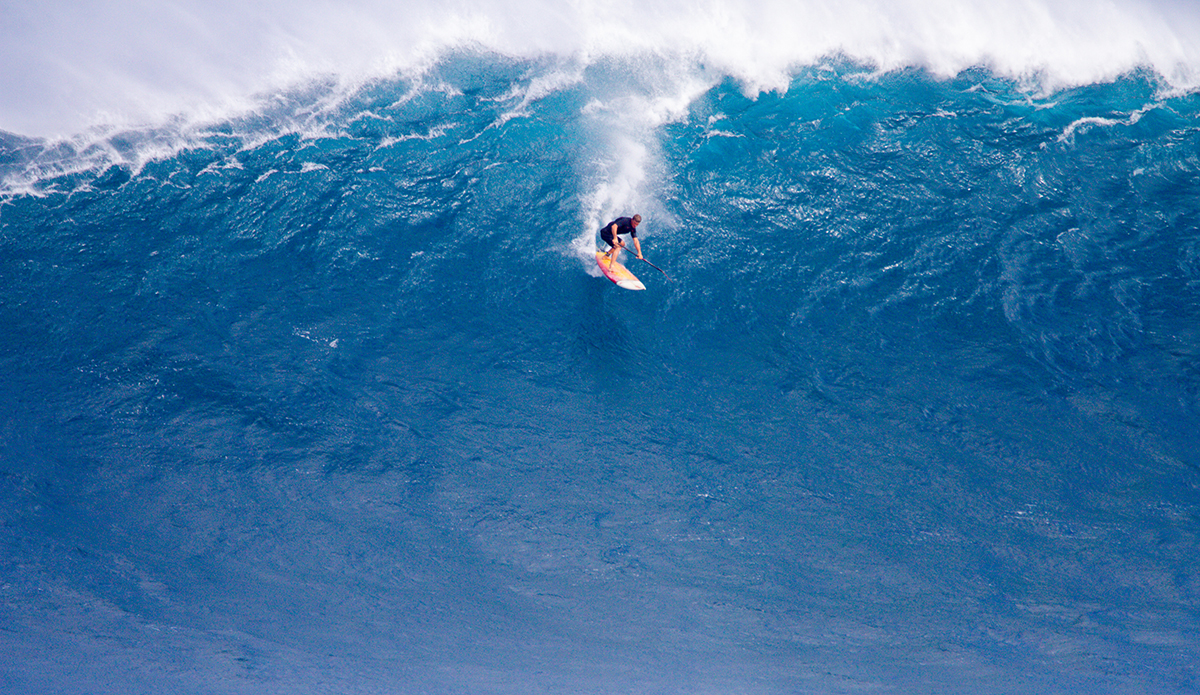 Another underground session went down at Jaws on Thursday, January 7, with only a few locals out doing their thing. There were a few little lulls during the day’s tide switches, but for the most part, it was a day of nonstop, 15-foot action. But while much of the surf world has been tuned in to Maverick’s lately, this trend of underground sessions at Jaws is putting the versatility of Maui’s big wave community on display.

Standout moments included Zane Schweitzer showing his versatility; he started on the stand-up paddleboard, then switched to tow surfing before finishing up with some windsurfing. Another great moment came when 16-year-old Ty Simpson-Kane snagged a nice deep barrel. Andrew Karr was the lone bodyboarder out, getting a few for himself.

Just after noon, Kai and Ridge Lenny showed up on a ski and soon after, Kai was towing with a GoPro max attached to a custom body mount. He makes it look so easy, spinning 360s into waves and backflipping out. A half-hour later, Kai switched it up and brought out his wing to do some giant tow surf airs. He accelerates so quickly and covers so much ground; it’s truly a wild sight. It’s his intimate knowledge of wind and kite surfing that allows him to think outside the box. After that, Kai switched up again and started to tow in his brother Ridge, as well as his friend Annie Reikert. Skylar Lickle snagged a few nice ones herself.

Eventually, the wind started to pick up and windsurfers started to join the lineup and that was when Kai and his team took a short break before coming back for another session — his second with the wing. Kai Lenny is always pushing the limits, and it’s a treat to watch him and the rest of Maui’s big wave community put diverse ways of riding huge waves on display.