Anxious? A Word On Weed 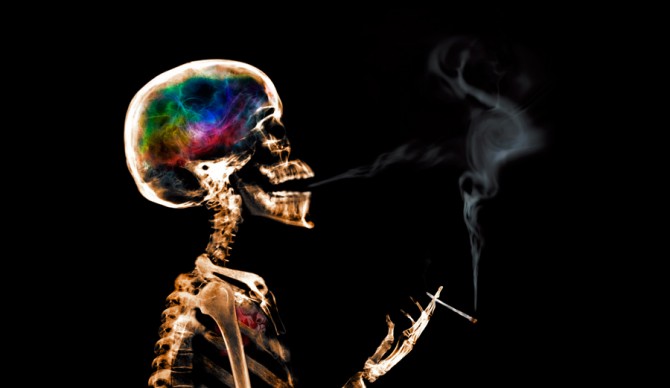 Perhaps we are all a little crazy. Or at the very least creative. The openness and lack of confines in action and adventure sports has a propensity to attract creative individuals — it is the perfect blend of artistic freedom like that of writing or painting or making music but with that needed uninhibited physical embodiment that those other artistic endeavors tend to lack. And as with all creative endeavors, you eventually reach a point or threshold where you must lift yourself out of your comfort zone if you are to avoid being intimated or otherwise panicked. In fact, anxiety associated with sport performance is such a big deal that there is an entire medical field, known as sports psychology, devoted to it. It helps high performance athletes become the best versions of themselves and often helps them get over a block or sticking point that has arisen and is holding them back. And as with many modern psychological ailments, there is the common practice of self-medication.

Hitting the bowl, bong, or bottle is as capable of becoming part of a days work as is a cup of coffee. And this isn’t always a bad thing*. If an athlete is otherwise mentally intact, a little puff or pull in moderation can yield some desirable results, reducing anxiety and bringing the athlete into the present moment. However, moderation has never really been one of the notable traits discernible in adventure-seeking athletes on a never-ending quest to push the envelope.

*See Steven Kotler’s Hippy Speedball recipe at the bottom for what he claims is a SHORTCUT to a flow state.

This method of self-medication hasn’t been without its fair share of controversy. Ever since Olympian Ross Rebagaliati (1998 Nagano Winter Games) confirmed everyone’s assumptions that snowboarders are just a bunch of pot smokers — in spite of the gold medal hanging in his trophy room — marijuana in sports has lead to several near career-ending debacles. But what if the whacky weed provides some of us with sense of calm and serenity that occurs otherwise naturally in a significant percentage of the population? Well… that is exactly the scenario that science has confirmed.

“For the first time, scientists have demonstrated that a genetic variation in the brain makes some people inherently less anxious, and more able to forget fearful and unpleasant experiences,” explains Richard A. Friedman in his New York Times article “The Feel-Good Gene.” “This lucky genetic mutation produces higher levels of anandamide — the so-called bliss molecule and our own natural marijuana — in our brains.”

This genetic mutation occurs in about 20 percent of the American population and goes to show why certain people have a propensity towards “the weed” and other dopamine spiking and anxiety relieving substances. This finding also demystifies, and flat out overrules, the notion that turning to exogenous substances like marijuana is a sign of weakened moral fortitude or an absence of grit. As Friedman writes, “having a double dose of a gene mutation gives you a big advantage in being able to ‘just say no.'”

“The endocannabinoid system — so named because the active drug in cannabis, THC — is closely related to the brain’s own anandamide, is the target of marijuana and has long been implicated in anxiety,” Friedman expounds. “It exists throughout the animal kingdom, though one would be hard-pressed to find a nonhuman animal clever, or foolish, enough to eat solely for the purpose of stimulating its own receptors with cannabis. The major naturally occurring cannabinoid in our brain is anandamide, something our bodies synthesize. We all have anandamide, but those who have won the lucky gene have more of it because they have less of an enzyme called FAAH, which deactivates anandamide. It is a mutation in the FAAH gene that leads to more of the bliss molecule anandamide bathing the brain.” This also goes a long way in explaining why certain people are effected differently when they take a hit. According to Friedman, “people with the variant FAAH gene are less anxious and are thus less inclined to like marijuana. They actually experience a decrease in happiness when smoking marijuana, compared with those with the normal FAAH gene, who find it pleasurable. If you naturally have more of the real thing you understandably have little use for marijuana.”

Now let’s consider those times you’re about to throw yourself down the side of a mountain. If you’re the happy winner of this aforementioned genetic lottery, then you’re probably not all that anxious compared to some of your weak-in-the-knees peers. These riders with the genetic variation have “greater connectivity between the prefrontal cortex, the executive control center, and the amygdala, which is critical to processing fear.” What exactly does this establish? “A stronger connection between these two brain regions is known to predict lower anxiety and greater emotional control.”

“So it seems that nature has designed us all to be on high alert for danger, we all learn to be afraid of new threats with equal facility,” Friedman continues. “But some of us, like those with this cannabinoid mutation, forget about previous dangers more easily and move around in the world with less anxiety. This seems like a good deal for the species: we’re protected by those who are anxious and vigilant and enriched by those who are more carefree and exploratory.”

But how about those anxious and vigilant ones (roughly eighty percent of the population) that want to explore, experience new things, and feel carefree? Enter Miss Mary Jane. This isn’t to say we should all move to Colorado or Washington or Oregon or Alaska and frequent the dispensary as often as the coffee shop, though. The drawbacks of long term use of any medication are well established; the constant stimulation of our endogenous cannabinoid system is no exception.

“The problem is that cannabis swamps and overpowers the brain’s cannabinoid system, and there is evidence that chronic use may not just relieve anxiety but interfere with learning and memory,” explains Friedman. “What we really need is a drug that can boost anandamide — our bliss molecule — for those who are genetically disadvantaged.”

It’s important to note that just because we do not naturally handle fearful situations as well as some does not mean we must resign ourselves to living in a pungent cloud for the rest of our days.

“The environment plays a critical role and can sometimes even trump genetics,” writes Friedman.

And for some, it might be best to avoid self-medication all together: “Primates who are genetically at low risk of drug abuse can easily be converted to compulsive drug users just by exposing them to cocaine or by putting them in crowded, stressful situations.”

We can naturally relieve our anxiety with concerted and thoughtful efforts and not have to rely on the Bubblegum-Kush, and you may however that the most of the real, mood altering, work must be done outside the haze. The environment we provide for ourselves and the experiences that have shaped us can go a long way towards filling in some of those genetic gaps.

Regardless of whether you self-medicate or put yourself in different environments for different experiences, there is one common truth: we are not limited by or to the genetic hand we were dealt. 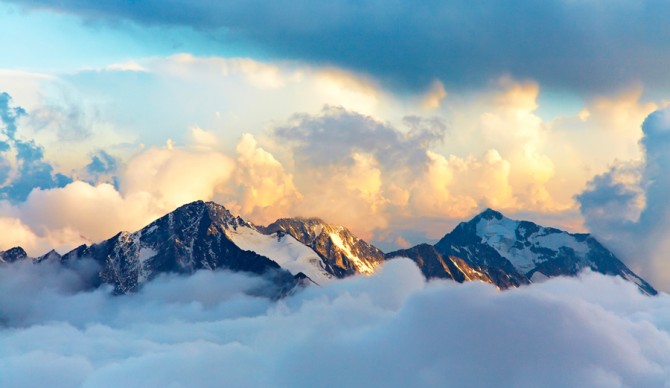 Author’s Note: Steven Kotler’s recipe for the infamous Hippy Speedball is simple. First fire up the systems with a little caffeine, then get your heart rate up, maybe jumping on the bike for 20 minutes or spinning a few hot laps. From there, if you are properly buzzed and breathing a little heavy, hit the bowl and get ready to rip. A simple — albeit illicit (in most states) — flow hack from the guy that wrote the book on hacking flow.