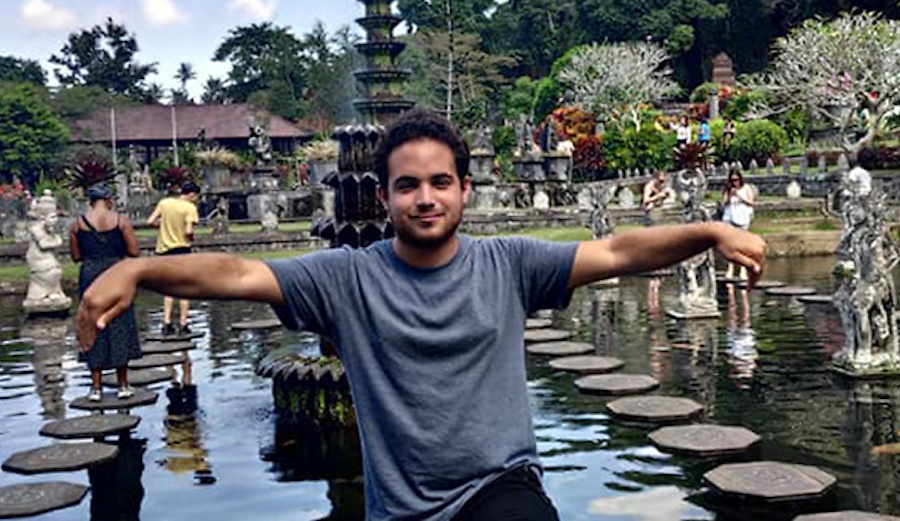 Israeli surfer Aviv Meshil, 23, has been missing since Monday. He was last seen going surfing off the coast of Nusa Lembongan. Photo: Facebook

Search and rescue efforts are currently underway to locate a 23-year-old Israeli surfer who went missing in Bali. Aviv Meshil was last seen Monday when he went surfing off Nusa Lembongan, a tiny island off of the southeast coast of Bali.

According to the Times of Israel, the situation has become infinitely complicated due to the lack of diplomatic ties between Israel and Indonesia. What’s more, Meshil reportedly traveled on a U.S. passport, which delayed Israeli officials being notified of the situation until Meshil had already been missing for several days.

The Tel Aviv-based MAGNUS professional search and rescue team is currently working with local authorities, consular officials, and the Israeli Ministry of Foreign Affairs to find Meshil, according to Walla News.

In an interview with Israeli outlet YNet, Meshil’s sister Sivan explained that their father had also flown to Bali to aid rescue efforts and that she couldn’t believe her brother had gone missing.

“I am in a nightmare,” she said. “I’m hoping he’s found alive, and as of now we do not know too much, except that there are many locals who are trying to help.”

Sivan also explained that due to their family’s U.S. citizenship, American officials have also been involved but have been little help.

If you have any information regarding Meshil’s whereabouts, contact MAGNUS here.