LA Surfer and Ex-WSL Employee Will Star in ‘The Bachelorette,’ and We’re Eating It Up

Across lineups, idle chatter rarely swings into talk about reality television. And especially not ABC’s The Bachelor or The Bachelorette. That’s not to say surfers aren’t among the seven-to-eight million viewers tuning in to watch scores of men and women compete for a single member of the opposite sex’s affection, as much as few would care to admit.

If I can let you in on a little secret, the series and its multiple spinoffs are the guilty pleasure of many a staffer at The Inertia, myself included, and have been the subject of much office banter. Tuesday we had a roundtable discussion around the finale. No shame!

Those of us that watch totally and completely eat that shit up. Something about a reality TV formula that manages to package polyamory in a way that’s palatable to middle America and puts all the contestants in a single house rife with cliques and controversy just makes for good TV. Period. Hate-watching with the wife was my entry point, but now I watch completely and totally unironically.

So, being that many of us at The Inertia were glued to “the most shocking finale in Bachelor history” early this week, we were made aware that 24-year-old Hannah Brown, who competed on this season of The Bachelor, will star in The Bachelorette when the series returns in the fall.

Why is this relevant to surfing, you wonder? Well, we confirmed today that South Bay ripper and ex-WSL social media manager Hunter Jones will be one of the 33 suitors competing for Hannah B’s hand. We’ve spent some solid time with Jones, and we’re big fans. We haven’t met the other contestants, but assuming Hannah gets to know what a rad human the guy is, we’re confident he’ll go far. He will definitely be the most barreled Bachelor participant in history. 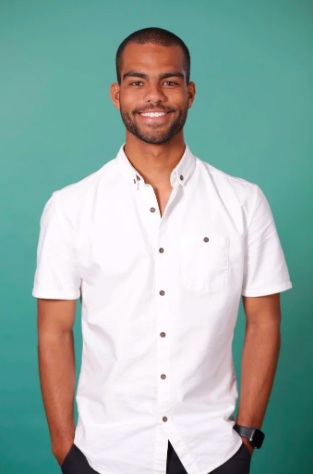 Texts to Hunter went unreturned, but several days ago he posted the following cryptic message with a shot of him getting barreled on Instagram: “At least this winter started off well. I’m goin offline, so thought it’d be fair to share this shot again. Be back in a few.” We hope at some point he’ll no longer be incommunicado and can shed some light on his experience.

If you’re not acquainted with Hunter Jones, check out the short we recently did with him and South Bay eco-shaper Ryan Harris. Best of luck, Hunter!

See also: When Hunter Jones had the opportunity of a lifetime to give NBA legend Steve Francis a surf lesson.