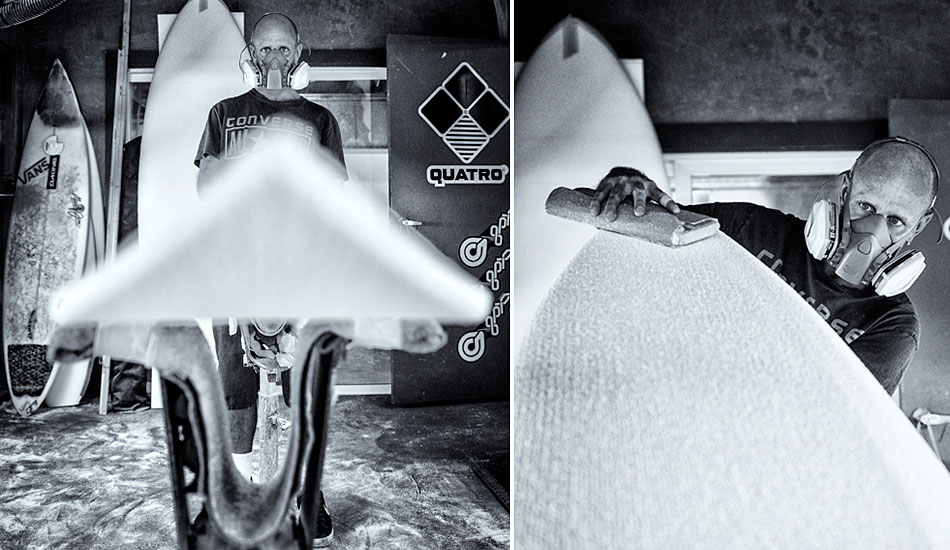 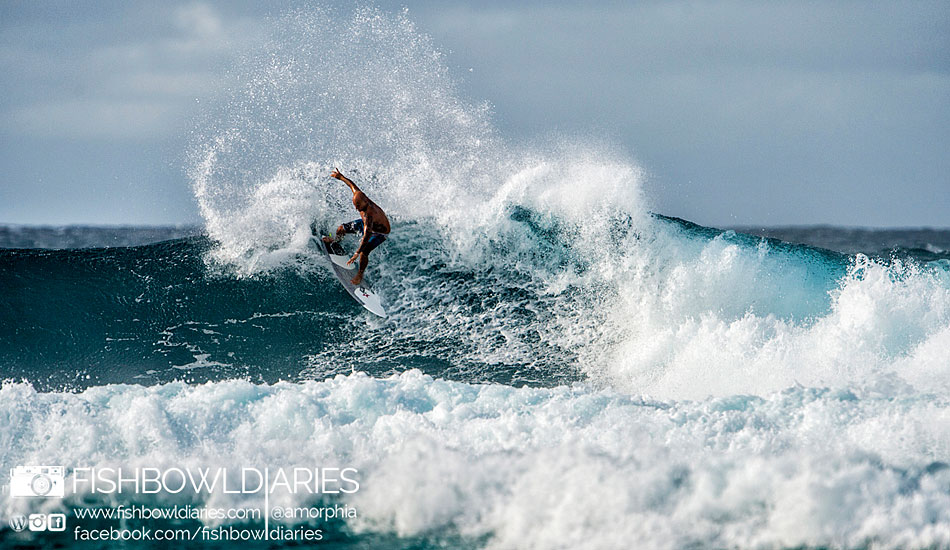 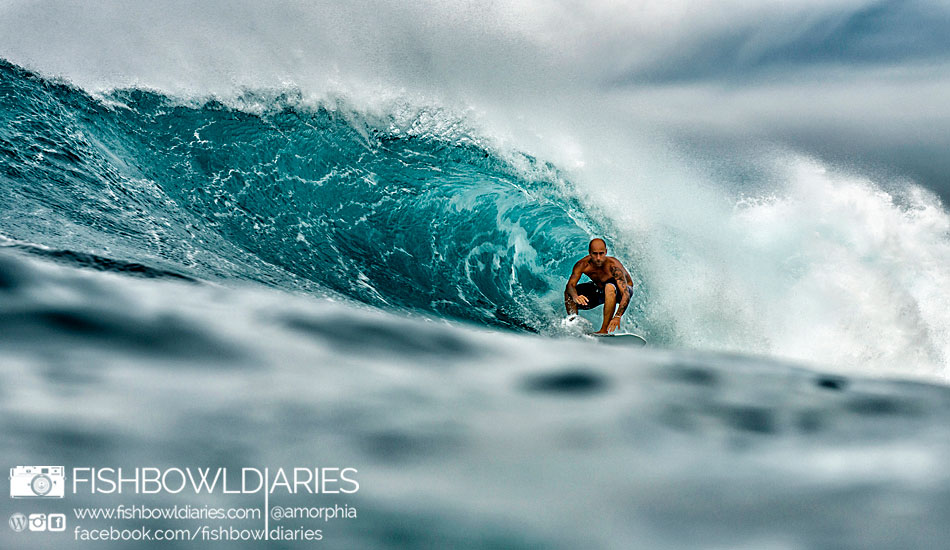 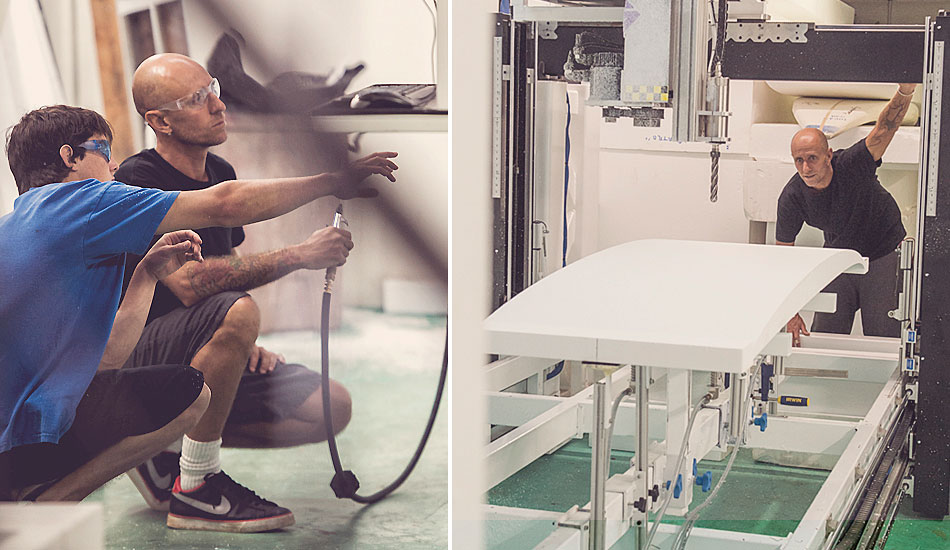 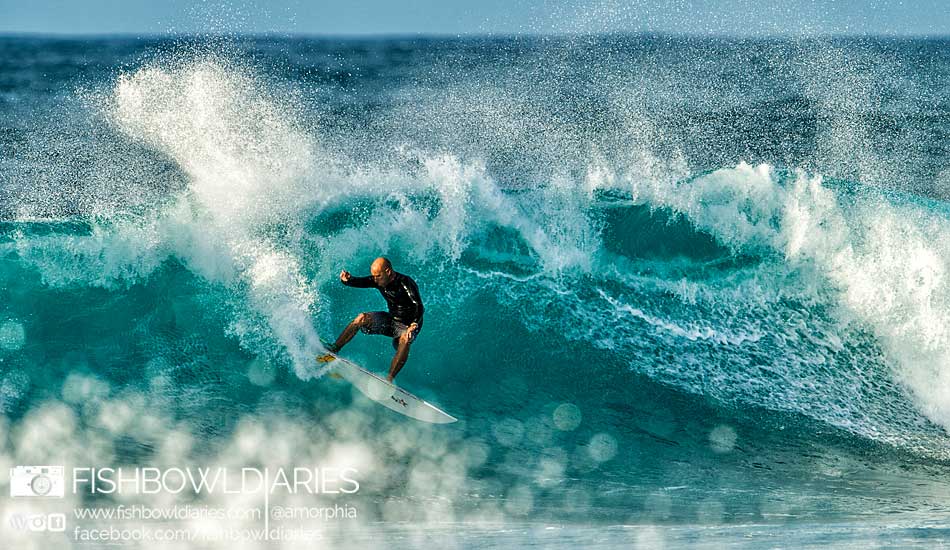 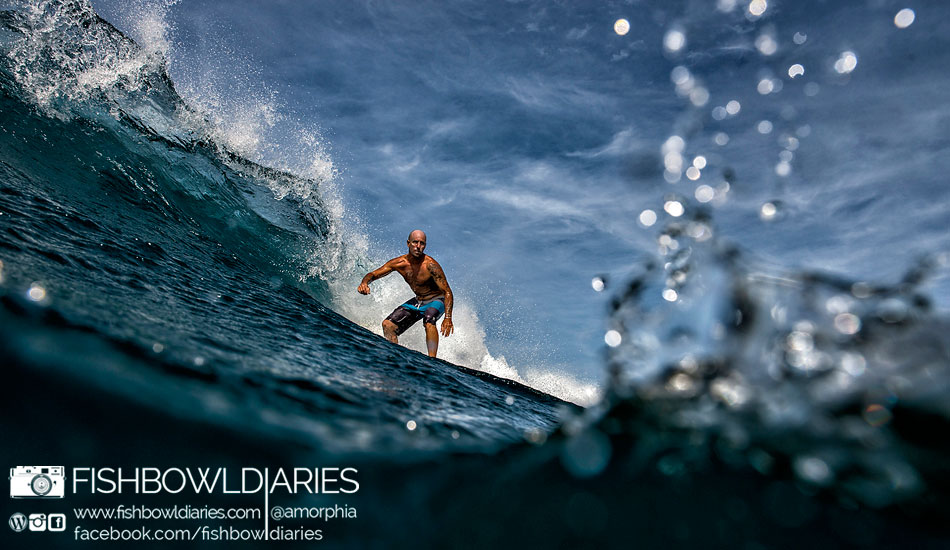 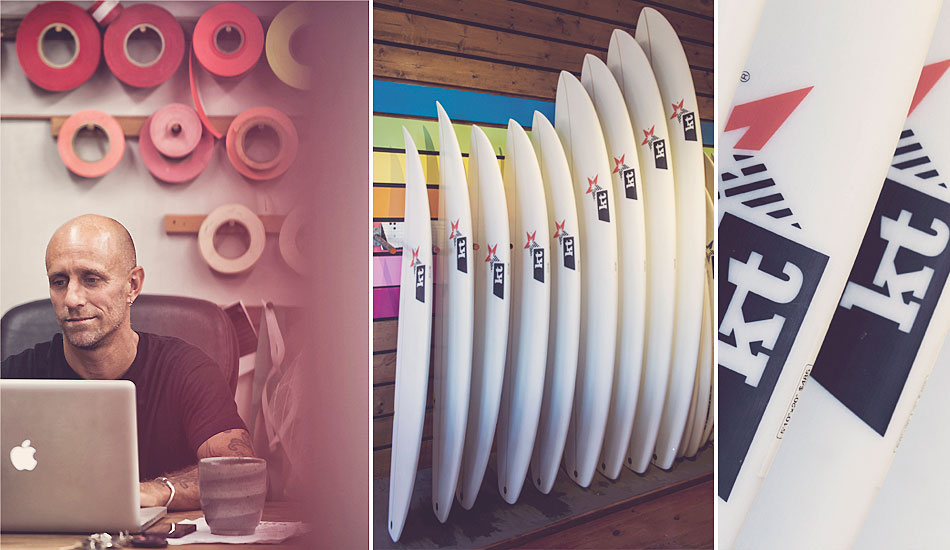 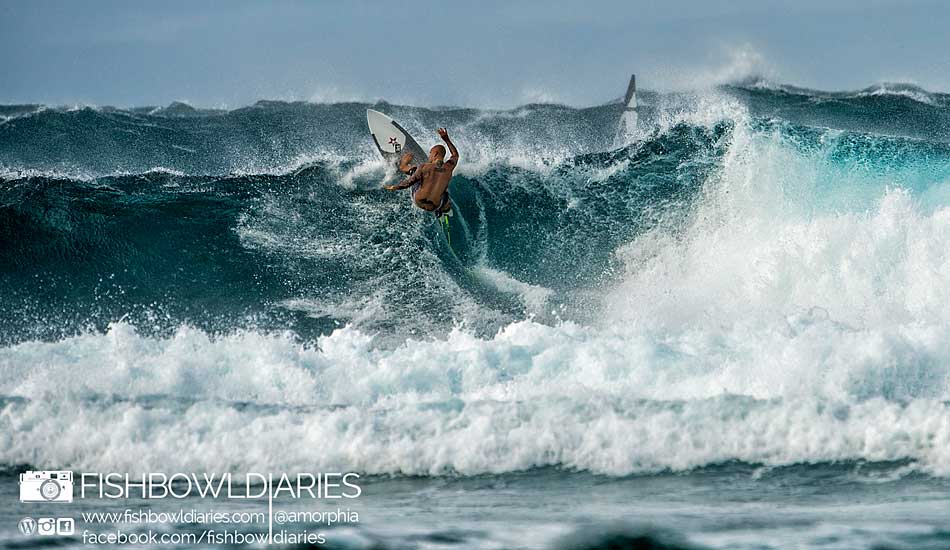 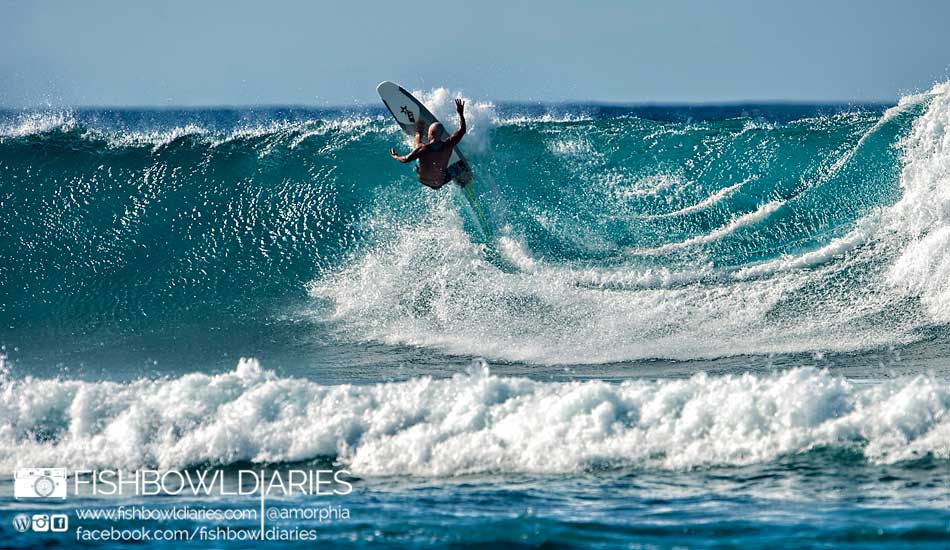 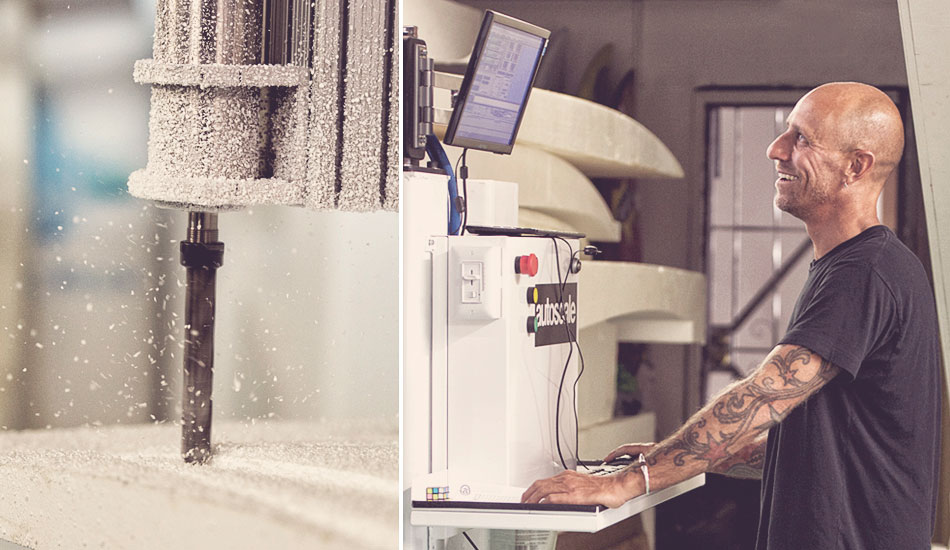 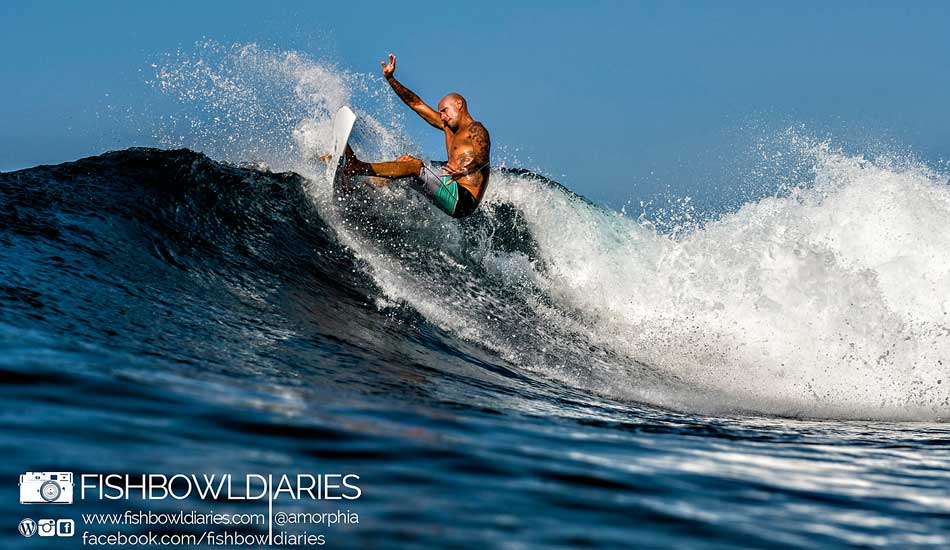 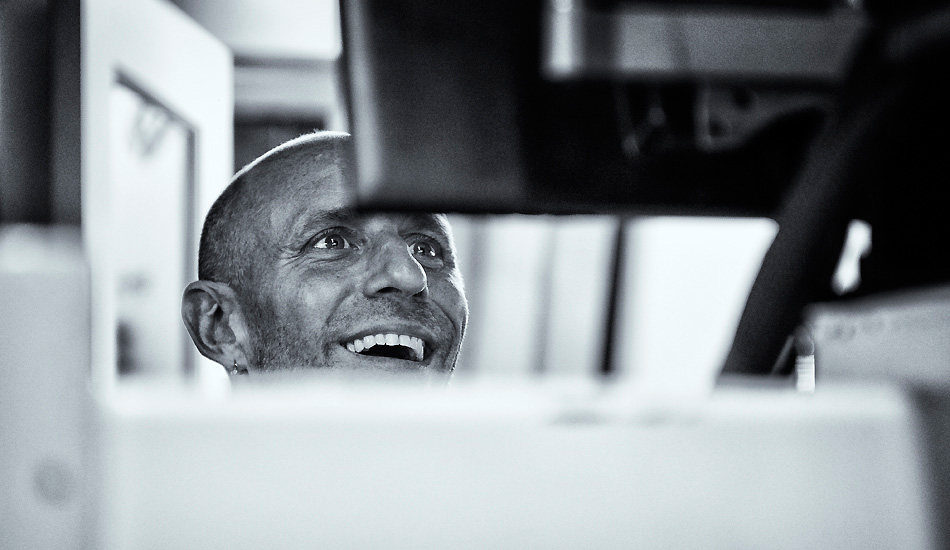 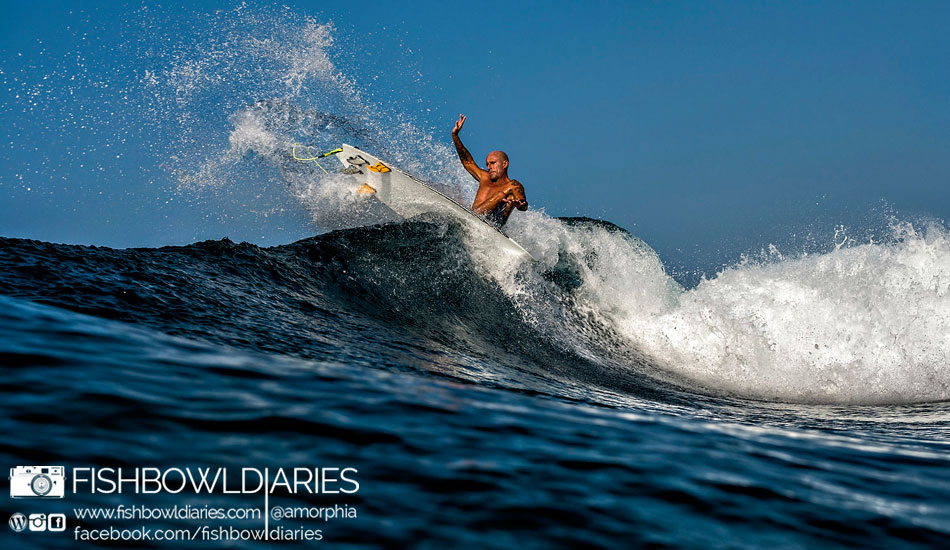 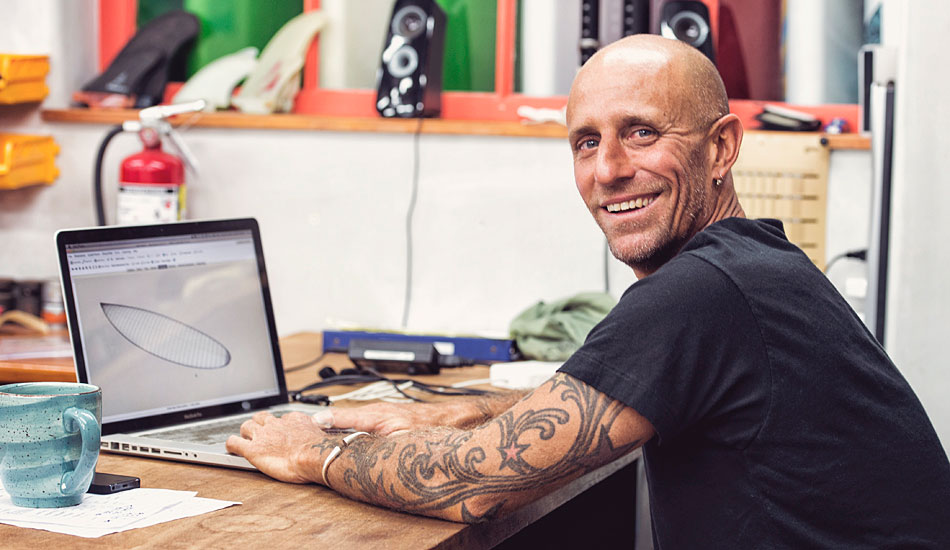 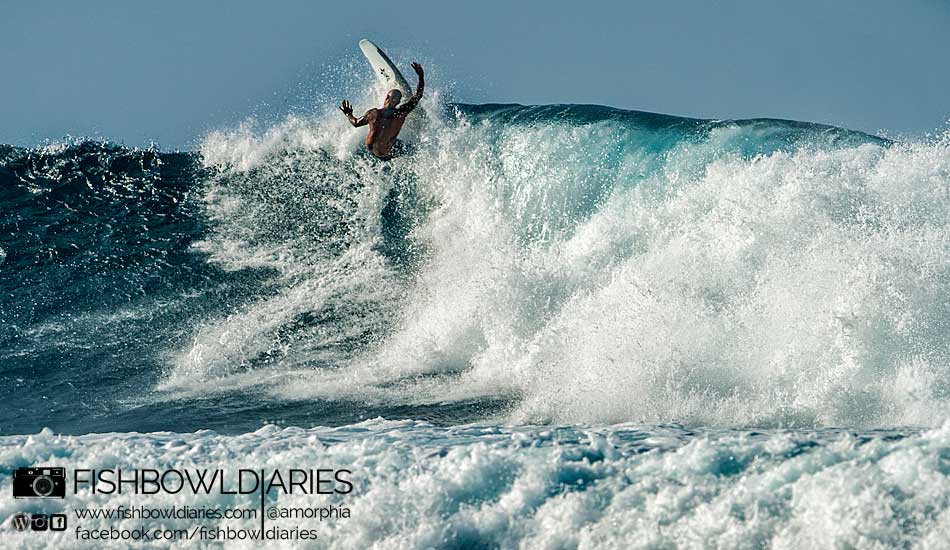 Keith Teboul is recognized as an accomplished surfer and windsurfer and has been held in the highest regard as a shaper who is at the forefront of the surf industry. With a successful windsurf board company, Quatro, Keith has long been pushing the boundaries in board design. He has been the go-to shaper for many professional windsurfers and he has carved out countless custom surfboards since he began shaping in 1997.

Based in Maui, he spends almost as much time in the water as he does out of it and perhaps for this reason he knows the mechanics of shaping, what works and what could be reinvented, better than most which makes his new production range so exciting. Some will say this has been a long time coming, but in a couple of months, Keith will officially launch KT Surfboards.

Keith’s background in shaping started when he was in high school in San Diego where he’d watch a friend, Joe Blair, shape after school every day. Joe also shaped Keith’s surfboards and sailboards. Little did Keith realize that he would end up being a shaper, but these early memories of watching his friend shape was the jumping off point he needed.

His passion for shaping stays ever-present by getting in the water and testing his designs regularly. He enjoys working with riders and making them the boards they need as well as seeing their level of performance progress. He says, “the best part about being a shaper is making people happy and making a new board for myself, getting to try it, feeling something new and learning all at the same time.”

We’ve recently seen Keith surf boards with squarer noses. With regard to these funky shapes, he says, “these boards I’ve been riding are my interpretation of Daniel Thomson’s vision. I have a lot of respect for him because he thinks outside the box, but this board design also comes from some of the earlier sailboards I was shaping with wider, fuller noses and shorter lengths. This just brings it to a whole new level. I think everyone should have a board like this in their quiver. It’s fun to feel something so different that really works well.”

We were curious to know why Keith has only just decided on a production line despite being a shaper for so many years. He tells us that the main reason the production line came about is the increase in demand especially as his business partner in Europe is providing a demand which he was not capable of filling. The decision was sealed when he saw the quality of what could be produced. The workmanship and the quality of materials was so impressive that this was a deciding factor in launching a production line.

It’s easy to become jaded after working in the same industry for so long, whatever that industry might be, but this definitely isn’t the case here. There is a commitment and honesty when Keith talks about surfing and shaping as well as an evident passion for both. Asked what his strengths are as a shaper, Keith replied, “my ability to listen to what the customer wants.” He also realizes that, “the fact that I am in the water more than 90 percent of my customers working on refining designs helps them to get the best board possible.”

Being in the water almost as much as he is out of it, as well as his background in windsurfing which brings the element of speed into his designs, gives him a distinct advantage as a shaper. The two different styles of boards, surfing and windsurfing, feed off of each other. Added to that, his personal experiences in different breaks ranging from “junky Ho’okipa” in Maui to “perfect Marshall Islands” helps him to understand what is required to surf different breaks and all this knowledge translates into his surfboard design.

The KT range will include 11 models of boards: 3 short boards called “The Crusher” at 5’8″/5’10″/6’0″ and another 8 boards in a performance fish range that evolves from 5’8″ to 8’0″. Keith describes this evolution between boards saying, “the smaller sizes are performance rockers with fuller, forgiving, fishier outlines to the the 8’0″, which has a more relaxed rocker and a very forgiving full outline for easy paddling and wave catching.”

Check out http://www.ktsurfboards.com/ and keep up to date about the launch of KT surfboards.