Behind the Film ‘Part of Water,’ a Retrospective on the Only U.S. Lifeguard to Lose His Life on Duty

On July 6th, 2014, Newport Beach lifeguard Ben Carlson responded to a call about a man in distress as 10-to-12-foot waves pounded the Southern California beach town. Carlson was a waterman of the highest order, but, for reasons that to this day remain elusive, Carlson never surfaced after successfully rescuing the man. He remains the only U.S. lifeguard to lose his life on duty despite the dangers ocean lifeguards face on a daily basis.

Carlson’s story is heroic and is the subject of a documentary called Part of Water – from the filmmakers behind Dirty Old Wedge. On the heels of a recent world premiere at the Newport Beach Film Festival, I caught up with the film’s directors Tim Burnham and Jack Murgatroyd about its reception in the community, and their broader ambition to demystify the public perception of lifeguards.

What inspired you to tell Ben Carlson’s story?

So, I think I was in the grocery store walking around and there was somebody there that said something about telling Ben [Carlson’s] story. And I thought that it was a great idea. I kind of looked into it a little more and ran it through with Jack. You know, I knew Ben personally, so I knew his background. And I thought it was a pretty appropriate follow-up to what we did. Especially telling a lifeguard’s story, I thought it’d reach a broader audience. We talked to the foundation that was established. We talked to the family and got their blessing, and we just kind of pushed forward with it. 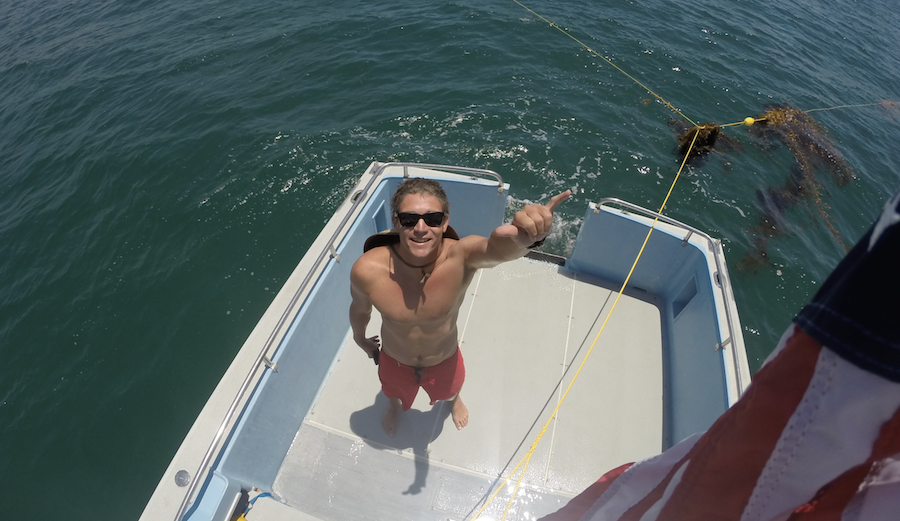 Ben Carlson is the only U.S. lifeguard to have lost his life in the line of duty. Photo: Courtesy of Part of Water

Through the process of telling Ben’s story and interviewing his friends and family, what did you learn about his backstory that gave him a kind of heroic quality?

TB: I got to know [Ben’s] family pretty well. And I didn’t know them before his passing, I knew of them. But through telling this story we got to meet them and really get an understanding of who Ben was as a child and who he was throughout his upbringing. That was special for me just knowing Ben on a more personal level after he passed away.

Jack Murgatroyd: I knew borderline nothing about Ben when we started this project. His tragedy happened toward the end of when we were filming for Dirty Old Wedge. I was down in Newport a lot still working on that. So being in the community I would just kind of hear stories about him and what happened.

Then, when we decided to move forward with this film, getting to know Ben’s story was pretty remarkable. He was probably one of the hardest working guys. He had three jobs. He wanted to be a lifeguard full-time. That was his goal. And there’s no doubt he would’ve achieved that had things gone differently.

I think one aspect of his personal story that helps from a filmmaking standpoint was he was kind of an outsider. He grew up in Rancho Cucamonga, which is deep Inland Empire. And I think for anyone who’s familiar with coastal communities they know there’s a little bit of antagonism toward inland communities and them coming in and overrunning beaches and stuff. And so, [Ben] sort of faced that kind of treatment coming in as a lifeguard and trying to prove himself.

What is it like to operate in a community still reeling from this tragedy in many ways, despite being a few years removed from it?

JM: It was very sensitive. Doing these interviews we’re bringing up some of the most painful memories some of these people have. For his family, it was really difficult but really powerful at the same time. They were gracious enough to open up to us and trust us and really bare their souls on camera, which is not easy to do. I think to a certain extent it was also a healing process, in a way for people to really talk about their experience that day. Their experiences with Ben. And to kind of make peace with it to a certain degree. 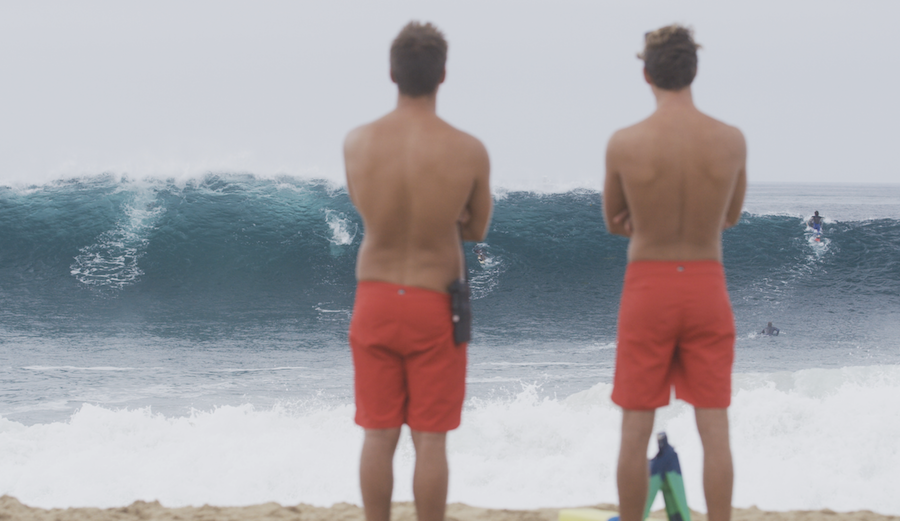 “We thought that through Ben’s story we could shed light on how these guys and gals are risking their lives to a certain degree.” Photo: Courtesy of Part of Water

One of the more powerful elements of the film was we actually got to speak with the victim that Ben saved. It was the first time he had publicly spoken about what happened that day. When the tragedy did occur, he really wanted to stay out of the press because he didn’t want his story to get skewed in a way he couldn’t control. And I think he just wanted to keep the attention off of himself to try to honor Ben in that way.

I think being a few years removed from that, his mindset had changed and he was gracious enough to talk with us and I think hearing his story from that day was one of the most impactful things that’s been a part of our film.

You premiered this film at the Newport Beach Film Festival. What was the response of the community?

TB: Because I knew a lot of the people that were there, and being from Newport, I had a lot of people coming up to me after the film and sharing their emotions. There were a lot of tears throughout the night, that’s for sure. A lot of people thanking us. A lot of people giving us hugs. It was pretty special to share that with the community first. It was definitely an emotional night for me.

What is the hope for you both as directors regarding Ben’s legacy?

JM: For us, we want to preserve Ben’s legacy in the world and in the community. But, more than that we want to highlight what lifeguards do on a day-to-day basis. We thought that through Ben’s story we could shed light on how these guys and gals are risking their lives to a certain degree. I think when a lot of people think of ocean lifeguards, they think of Baywatch. And just stuff that’s not real. And so sharing the true story of lifeguards around the world is a really important aspect of the story we wanted to tell. For anyone walking away from this, our hope is they have greater respect for what lifeguards do.

Editor’s Note: Part of Water will be showing Saturday, May 18th at Newport Harbor High School with four showings as part of the Part of Water Festival.  Those who supported the film’s Kickstarter campaign can get their tickets to two showings on May 23 here. A nationwide tour with stops in California and Hawaii is also forthcoming and the film will be available on iTunes and other platforms soon.