Bethany Hamilton Breaks Down Her Epic Tow Session at Jaws 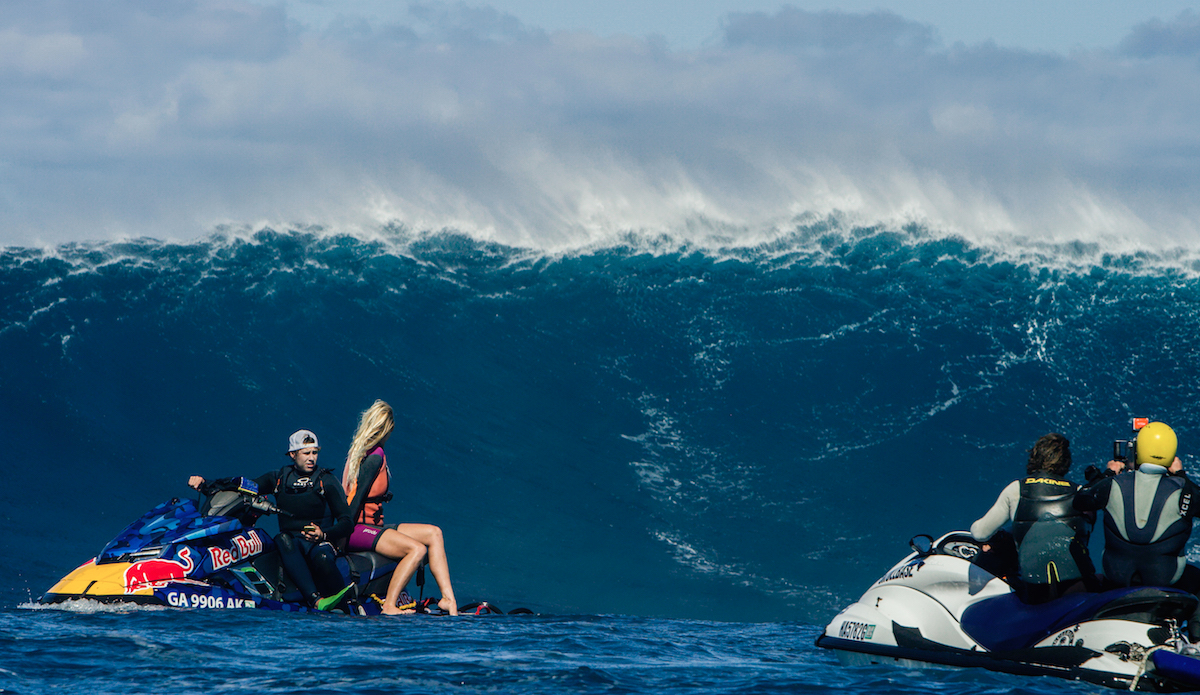 Bethany Hamilton eyes down the lineup before towing in. Photo: Aaron Lieber 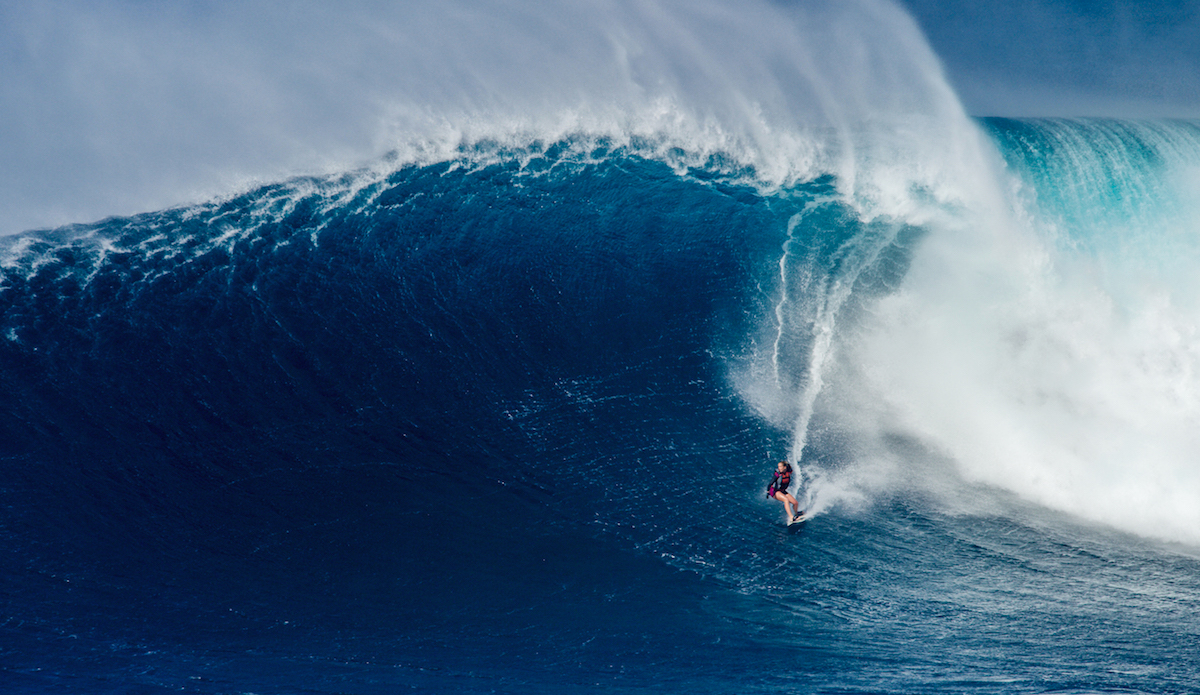 One of Bethany's many bombs of the day. Photo: Elliot Leboe 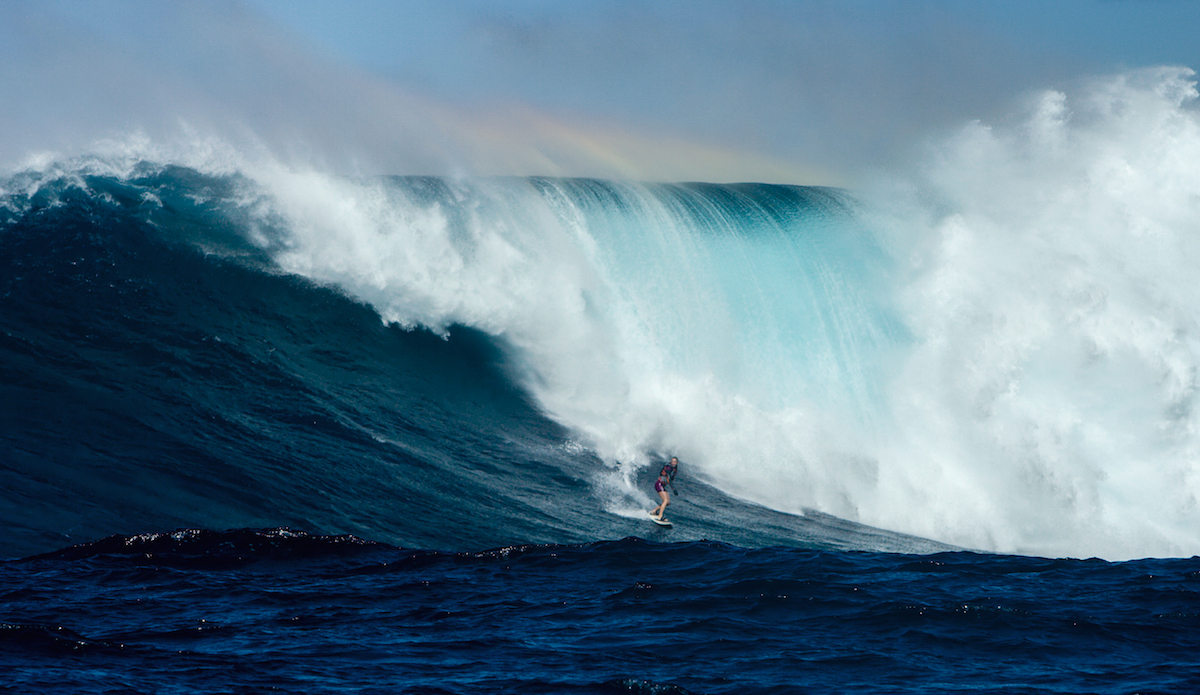 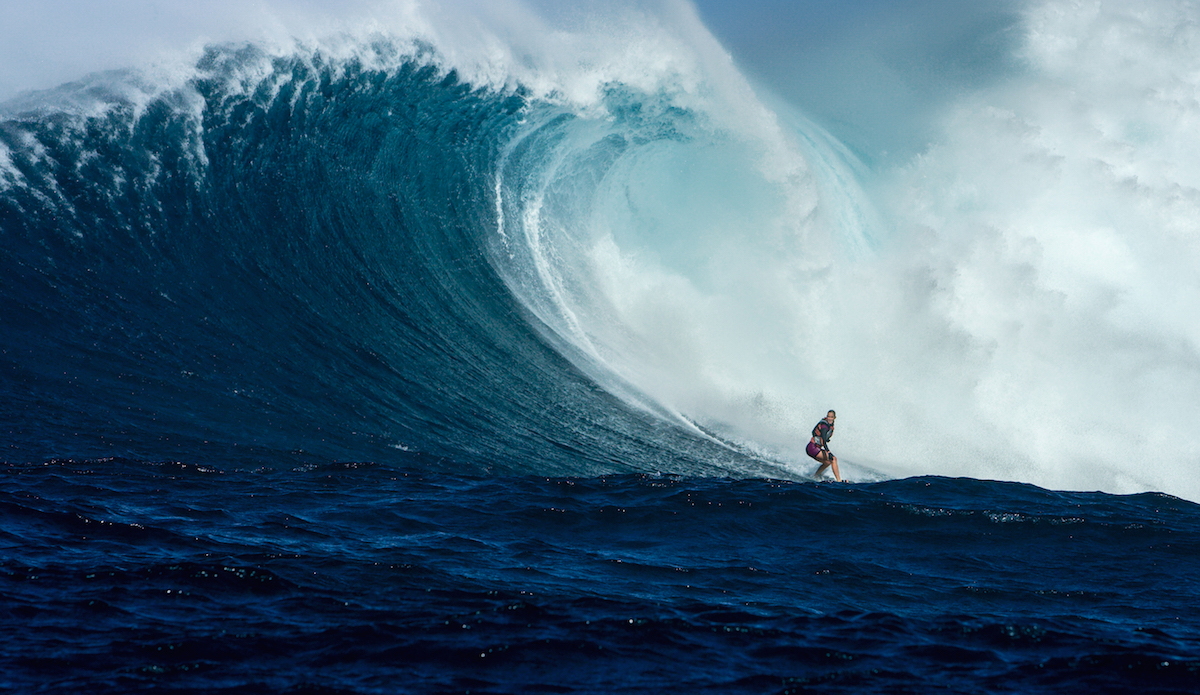 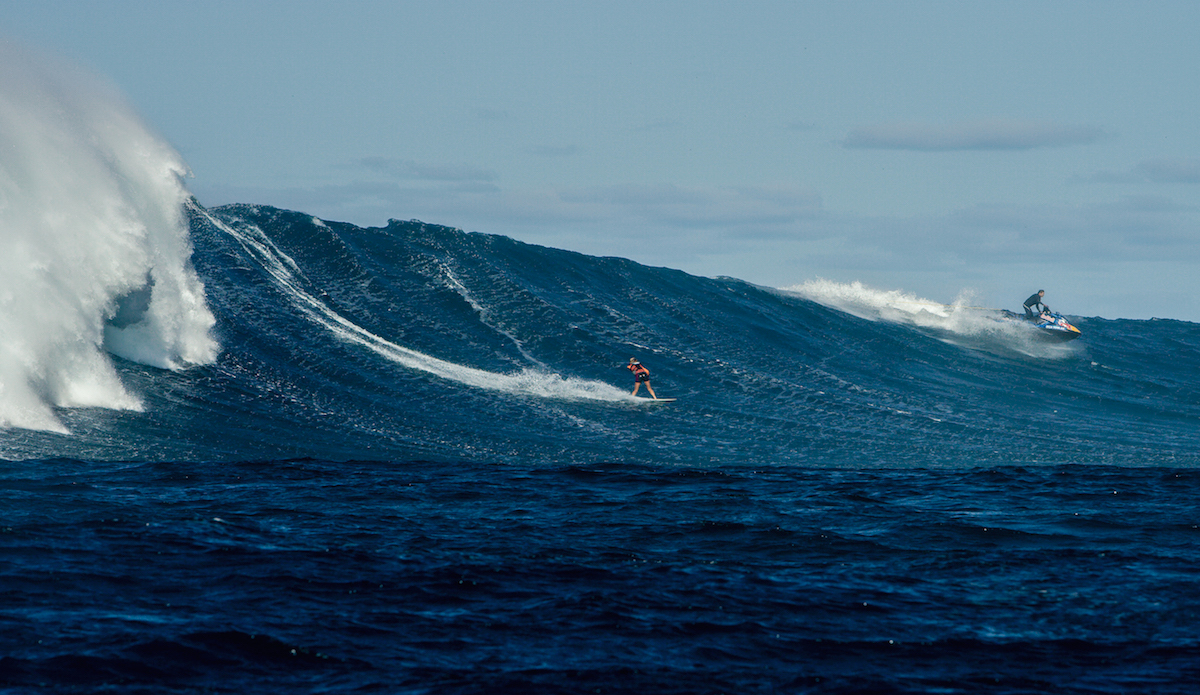 She even got a left! Photo: Aaron Lieber 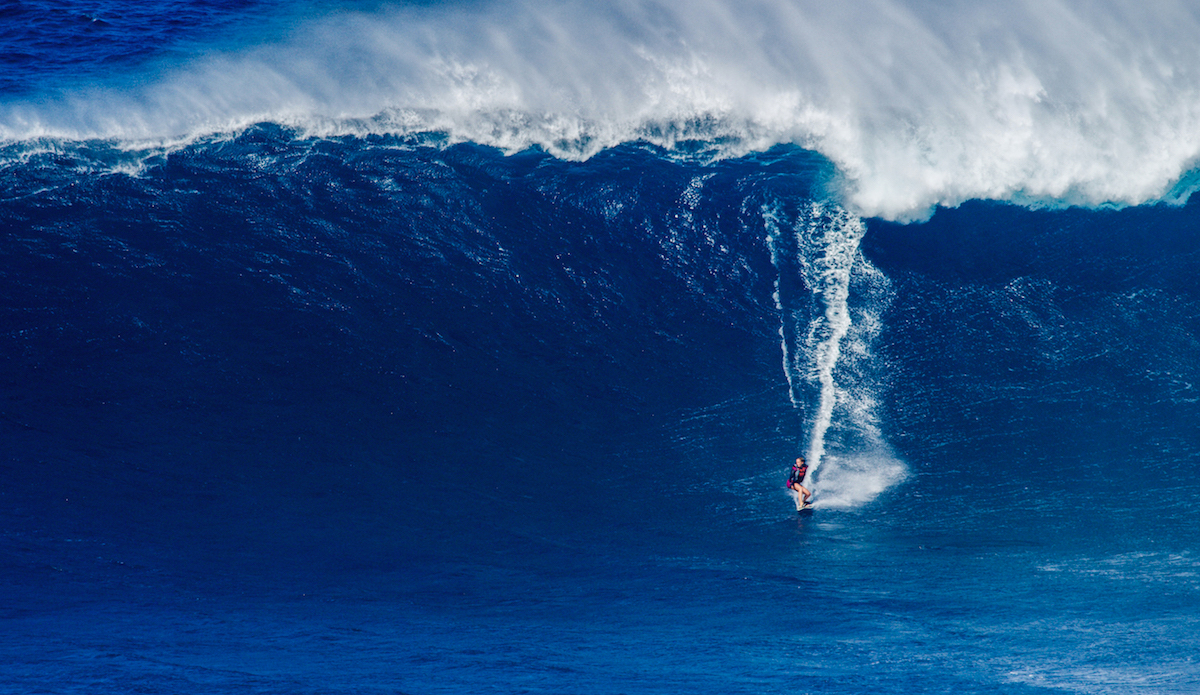 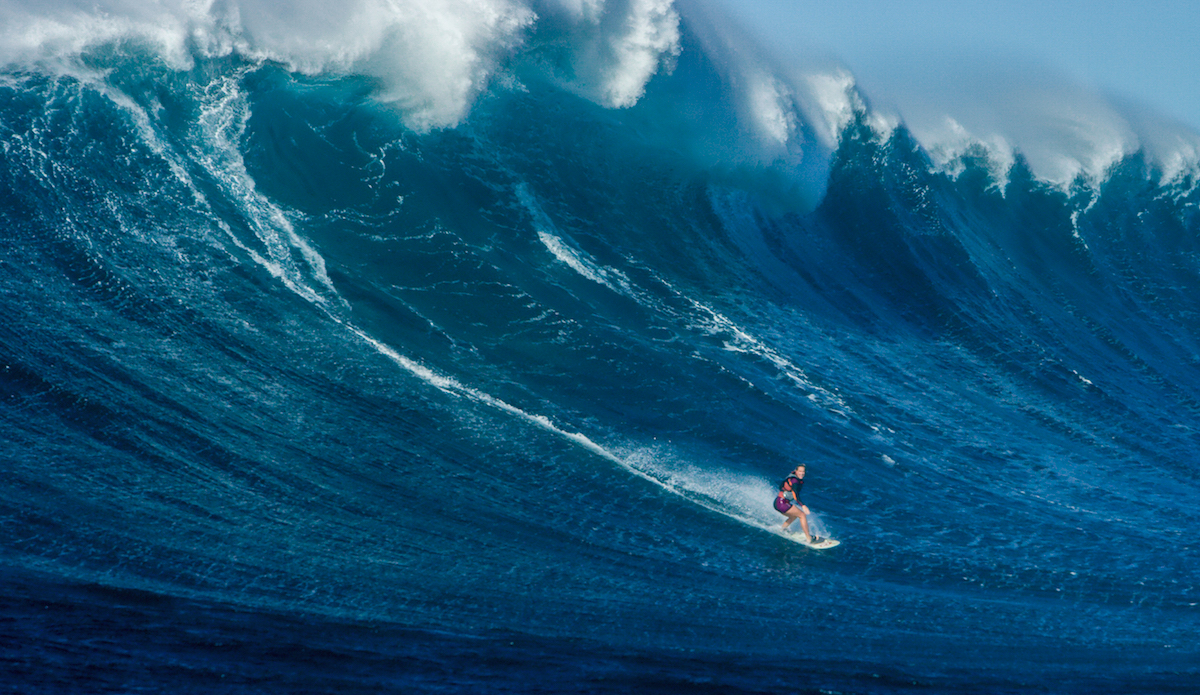 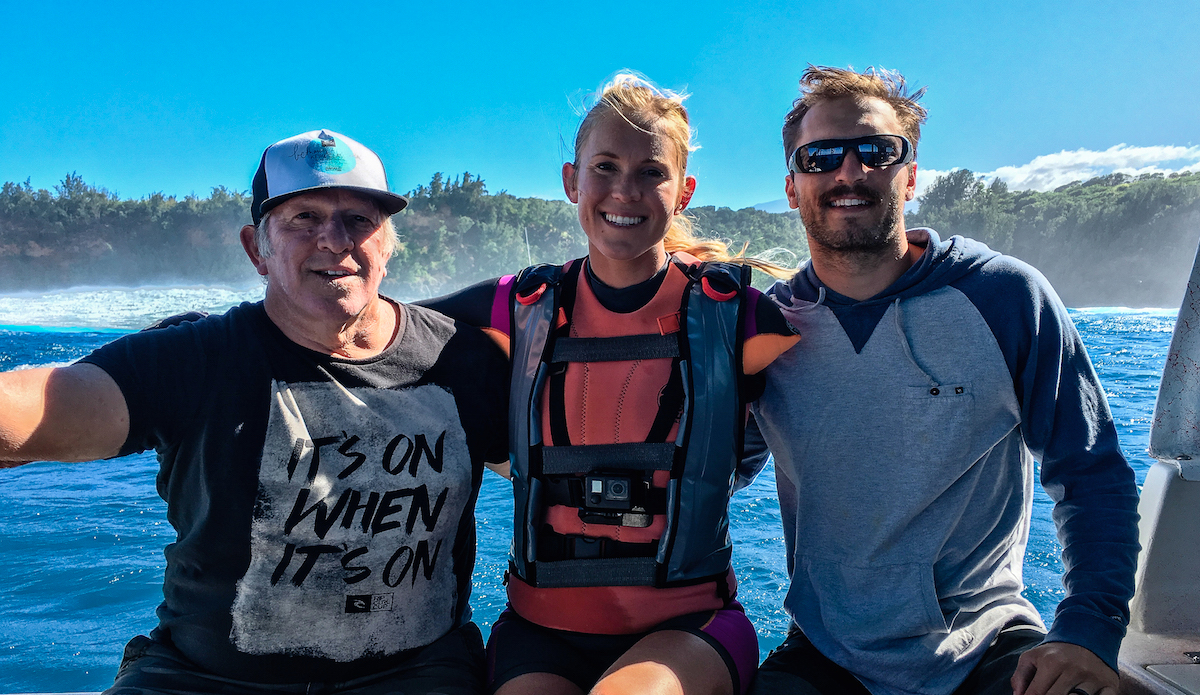 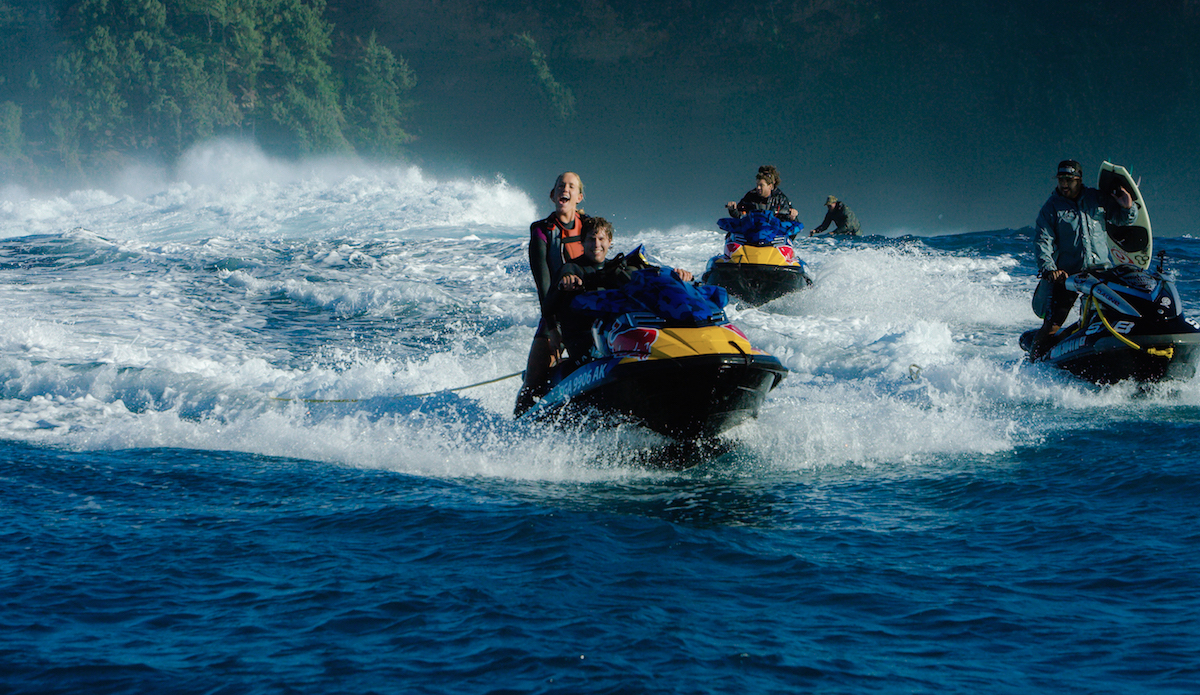 All smiles after her epic session. Photo: Aaron Lieber

The incredible Bethany Hamilton continues to defy the limits of what is possible.

Yesterday, on Monday, January 4th, the recent mother handed her seven-month-old son, Tobias Dirks, to the first babysitter she and her husband have used since he was born, and then tow surfed into 40-foot waves at Jaws. The big wave surf spot, also called Pe’ahi in Maui, has been said to be the mecca for big wave surfers.

“The wave is legendary,” said Dennis “DK” Walsh, Bethany’s safety captain and jet ski driver for the day. “When you wipe out at Jaws, it feels like being trapped in an underwater tornado or a giant washing machine,” he said. “You get pushed down really deep, and after 45 seconds may experience a blackout.”

Luckily, Bethany was in good hands and came away unscathed. In fact she was beaming.

“I just got the heaviest, biggest waves of my life!” she screamed after her final wave of the day.

Getting a wave at Jaws isn’t an easy feat, but the crowd was incredibly supportive of Bethany who was being followed by a camera crew to document the experience for an upcoming film project, Surfs Like a Girl.

Produced by award-winning filmmaker Aaron Lieber, the film aims to document Bethany’s life as a surfer and woman who is helping push the sport and the limits of what any athlete can do.

Bethany has been surfing since she was four and training on land since she started competing, but she credits her mental preparation to making her tow session at Jaws so successful.

“I have been preparing for days like this since I was a young grom growing up in Kauai,” she said.

Hamilton said she also uses TRX bands and practices breath holds, even while watching episodes of The Office, regularly. “It’s actually really hard while watching The Office because you have to try to hold your breath and not bust up laughing,” she said.

When the day was done and Bethany caught what “DK” Walsh said was “the wave of the day,” Bethany still had lots of energy.

“I’d be stoked to go surf there again, like maybe tomorrow?” she smiled.

For most people, surfing one 40-foot wave would be enough for a lifetime, but Bethany is clearly not like most people.

“This day could not have gone any better, and I just can’t wait to surf more big waves in the future,” she said.

Luckily for us, the Godzilla El Niño season is just getting started.