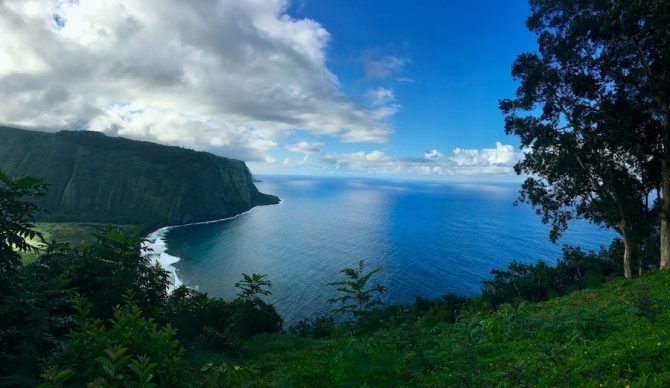 There are places I’ve been to that instill a certain type of awe, a sense of one-ness and appreciation for the wonders of life that starts as a physical sensation in the chest and, in my case, often results in giggles or a massive grin I can’t wipe off my face. I get that feeling at sunset in places like Joshua Tree, on a powder day in the backcountry, and whenever I enter Waipi’o Valley on the Big Island. I won’t be able to do that last one for a while now, as Hawaii County has closed access to Waipi’o Valley Road to all but residents, landowners and those who work on the valley’s taro farms. The decision has divided residents of the Big Island, with some feeling that the valley needed a break from years of overuse, while others say the restrictions are unfair to those who have been using the valley for years but simply don’t live there.

Waipi’o Valley is one of the more sacred areas in Hawaiian culture. Also known as “The Valley of Kings,” it served as the main residence and capital for generations of Hawaiian Ali’i (the ruling class of nobility), and was where King Kamehameha, first ruler and founder of the Kingdom of Hawaii, grew up. Towards the back of the valley, behind the taro fields and in amongst the waterfalls, remnants of temples and ancient burial caves are still found today. The waves that crash on the black sand beach are some of the best and most consistent on the Big Island, drawing surfers from across the region. The valley is, without a doubt, a very special place.

The way into the valley is the Waipi’o Valley Road, considered by many the steepest road in America. Going from around 900 feet of elevation to sea level in just a mile and a half, the road has areas of 45 percent downgrade, hairpin turns, patchy pavement, and rarely enough room for two cars to pass – even without the pedestrian traffic going both up and down on the same roadway. Four-wheel-drive is required, and a local’s knowledge of where and how to pull off and let other cars pass (downhill traffic must yield to uphill) is very strongly encouraged. As someone who’s made the drive both as a passenger (video above) and a driver, I can say it’s not for the faint of heart.

Hawaii County and Mayor Mitch Roth say the treacherous drive is not for everyone, either. On February 25, the county closed Waipi’o Valley Road indefinitely to both cars and pedestrian traffic, citing safety concerns and deteriorating conditions on the narrow roadway. Access of any kind is strictly limited to residents, landowners, and farmers who work in the taro fields on the valley floor.

The action has received a very mixed response from Big Island residents. Some applaud the decision as a crucial step to preserving a sacred area of the island being overrun by visitors. The other side says the move runs the risk of restricting usage to just those who can afford to own land in the secluded valley, or know someone who does. Many find themselves torn between the two sides, like longtime Big Island resident Bob Simms who understands the logic behind the closure, but feels that the road restrictions aren’t a long-term solution. 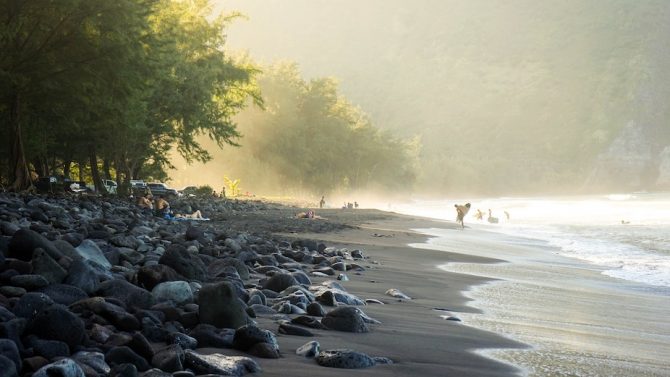 Simms has lived on the Big Island for over 52 years, and used to visit the valley to surf. Nowadays, before the closure, he would visit more rarely, but his sons would often go multiple times a week to surf. “Part of what’s so special about the place is that it hasn’t changed a bit since I first started coming there 52 years ago,” Simms told me.

The reason for the road closure, says Simms, is not that the road is un-driveable, but that the amount of people using it, both pedestrians and those in vehicles, has become unsustainable and dangerous. “The amount of people going up and down is definitely a danger factor,” he said. “And as far as putting something on the cliffside to make it wider… that would just increase the traffic. Sometimes my sons would go for an afternoon surf down there, and there’d be no place to park. Campers everywhere, there’s only one loo so people are just shitting in the bushes, leaving trash – just no respect, you know? I’m not a native, but I’ve been here for most of my life and there’s a certain respect for the aina [land] that you have. I’m not trying to put it on the tourists so much, the locals can be bad about it too. It’s a big deal, keeping everything fresh and nice out there. It’s a sacred place.”

The only group that’s stoked about the closures, said Simms, are the homeowners in the valley. “Surfers, Hawaiians, hunters, fishermen, they’re all going ‘What the fuck man? I’ve been going down there forever, and it’s unfair that you’re stopping us from going down there.'” Currently, the way down is guarded by two security guards. Proof of land ownership, residence, or employment must be shown to access the road. There’s no other way down. 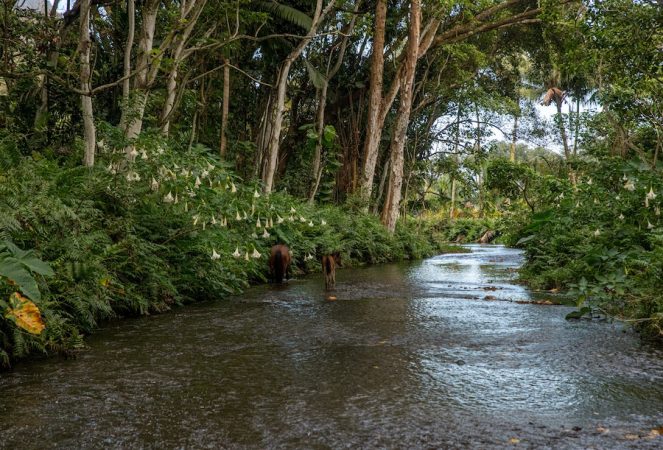 Wild horses are among the native flora and fauna that thrive in the pristine valley. Photo: mana5280//Unsplash.

Without a long-term solution, Big Island natives have taken matters into their own hands, suing Hawaii County and Mayor Mitch Roth for closing the road. This week, Hawaii News Now reported that Malama I Ke Kaio Waipio, a community organization representing Big Island residents opposed to the road closure, filed suit claiming the closure is illegal and prevents them from conducting traditional practices they’ve been doing for years in the valley.

Simms says that a number of proposals are being considered to reopen access to Waipi’o Valley Road. One suggestion involves a stoplight at the top and bottom, limiting traffic to one direction at a time, another involves special permits for tour buses, restricting tourist access to van rides instead of walking or driving themselves. However, no such proposals have been approved, leaving many, both Big Island residents and visitors, unsure of when they’ll be able to visit the sacred valley next. Selfishly, I hope a resolution comes soon.