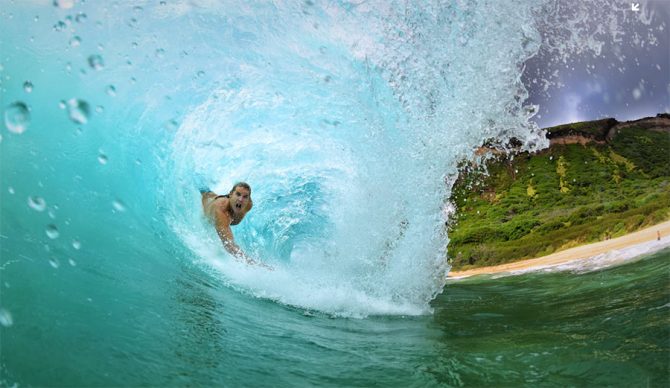 There’s a saying that goes like this: “If you want new ideas, read old books.” Well, for years I struggled to find and refine a methodology for teaching someone how to bodysurf. Ironically, it wasn’t until I stumbled upon an old book from the 1930s that my approach to teaching and to bodysurfing itself took a turn. The book was called The Art of Wave Riding — a how-to manual that was one of the earliest attempts to legitimize the sport of bodysurfing — and it was so old (and tough to find) that I had to request a reading of an original copy at UCLA’s special collections library just to get my hands on it.

Written by a former California lifeguard, Ron Drummond, The Art of Wave Riding was meant to catalyze a bodysurfing renaissance. “Wave riding — without a surfboard — is a sport with which few people are familiar, and it is undoubtedly in its initial stages of development,” Drummond wrote nearly a century ago now. “There are no books of instruction on the subject, and at present only a few of the more athletically inclined have become proficient wave riders.”

Drummond went on to comment on the necessity for such an instructional book:

One has only to watch a swarm of bathers at any crowded beach in order to see that thousands of people are interested in the sport. Whenever a good wave for riding comes in, about half the people make an attempt to ride it, and only about one-tenth of one percent of them even get started on it. It is this pitiful sight of thousands of swimmers, young and old, men and women, always trying and never succeeding, that has urged me to put into print a few hints that I hope will be of some help in teaching the enthusiastic beach-goers the art of body surfing, and thus increase a thousandfold the pleasure derived from ocean bathing. 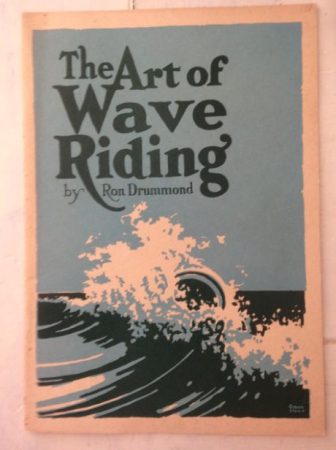 The Art of Wave Riding, by Blake Drummond, 1931

When I first read this passage, I realized that very little has changed over the past 90 years in regard to the average beach-goer’s proficiency (or lack thereof) at bodysurfing. To this day, bodysurfing remains a niche sport in which only a select few thalassophiles truly master the fundamentals.

One major reason for this is that only a handful of people on Earth even know how to teach bodysurfing. You can easily find someone willing to teach you to swim or ride a surfboard, but you’d be hard-pressed to find a legitimate bodysurf coach anywhere on this blue planet.

Most bodysurfers are self-taught and only become adept over a long process of trial and error rather than following some sort of structured methodology. That said, for those readers looking to get into the sport of bodysurfing, The Art of Wave Riding is a good place to start (if you can find the book).

“A powerful stroke, speed, good endurance, and the absence of fear are the primary requisites,” Drummond claimed. He then offered a step-by-step approach explaining the basic fundamentals of bodysurfing, breaking the activity down to even elementary steps:

Walk out to a point where the waves are breaking between knee and waist deep. The object is to fall with the wave as it curls over, and therefore the important factor is to judge the time and place of this curling over. When you are ready for a start, turn your left side toward the shore and watch the approaching wave over your right shoulder. When the wave is about to break on you, take a step toward the wave so you are falling or sinking into the base of the swell. When catching the wave, give the body a strong swing forward and throw the arms straight out ahead with hands clasped together and hold the body and legs quite rigid.

Once you’ve mastered the simple act of bodysurfing straight to shore in the streamline position, then you can start swimming into waves and practice going right or left across the wave-face by extending your lead arm in the direction you want to go.

“When you’re in the right spot for a wave, you want to be in the top third of the peak, right under the hook. So on the takeoff, imagine being the surfboard itself,” as lifeguard and renowned bodysurfer Mark Cunningham once described how to ride along the face of bigger waves. “On a left, you’re going to stretch your left arm out ahead of you and use it to guide and plane down the line. Only the left side of your body should be in the water at this time — that’s the rail you’re leaning on. The right half of your body is out of the water, your head is out with your right hand back and dragging like a skeg. Going right, do the same but with opposite arms.”

So the wisdom is true, even with something seemingly as basic as bodysurfing. If you want a new idea, read an old book.