Bodysurfing: The Importance of Surf Swimming Proficiency for Surfers 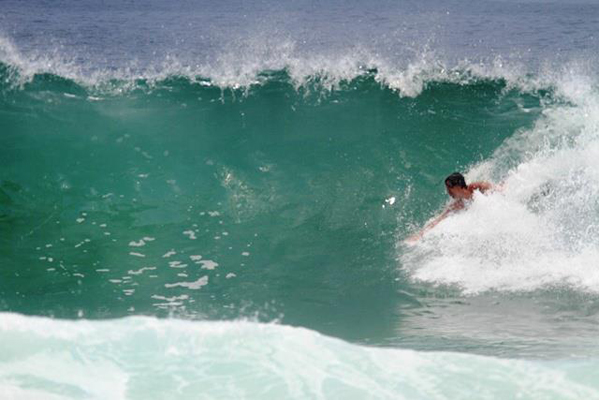 Did anyone happen to see a runaway surfboard passing by? Photo courtesy of Wagner Duque

Until the early 1970s, surf swimming used to be an essential part of surfing as surfers needed to swim back to shore to retrieve their boards in the pre-leash era. It was not possible to even conceive the idea of a surfboard as a last survival resource, in case things went wrong in the surf. You just had to know your way through the surf with nothing but your bare hands and feet.

As well, bodysurfing was much employed when boards were gone, and a much higher turnover of surfers in and out of the line-up would guarantee the amount of people in a break be bearable. It seemed that it wasn’t only old-time surfers who were very skilled watermen. The raw nature of the sport also contributed to the establishment of a certain organic balance in terms of constraining the upper limits to which surfing crowds could grow.

It is fair to address all the benefits derived from the advent and popularization of the leash, especially the one regarding the safety of beachgoers who would otherwise be exposed to the risk of getting hit by a lost surfboard. Nevertheless, at some point, we may end up asking ourselves how ocean safety awareness may have been affected in the case of the average recreational surfer, and whether this person would be able to make it back to shore, unaided, in case of a leash rupture.

So assuming a lifesaving perspective, let us take a look at what my research team has chosen to refer to as “direct physical/inappropriate verbal assistance” or simply DPIVA. Comparing the advent of the leash to the advent of that traditional surfing lesson whose primary engine relies on having instructors serve as students’ wave propellers at will, we also wondered what if students were first presented to the main surf hazards, and taught how to deal with them, prior to focusing on the surfboard stand-up procedure.

To make a long story short, nowadays we believe all parts hold their share of benefit for the aspiring surfer and that an optimal blend of those elements should be sought in order to minimize potential surf safety misconceptions. We strive for better maritime educational protocols on behalf of school physical education programs, lifeguard corps, surfing institutions and other entities somehow connected to surf enthusiasts and beachgoers in general. 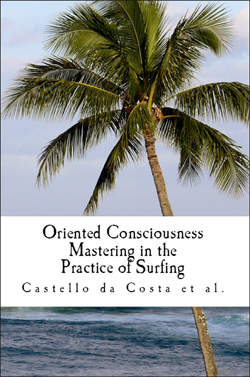 And in the midst of this discussion, we think back on bodysurfing. Those who have already had the chance to observe the dynamics of a bodysurfing school may have noticed how acquainted students get with the aquatic elements surrounding them. Learning from – and feeling – the ocean energy is something that bodysurfing beginners just have to deal with from day one, and there’s not much instructors can do about it but to foster the experiences of such feelings.

As a way out to avoid the notorious phenomenon of natural selection for the more athletic individuals (who would eventually succeed in the teaching-learning process), praising the elements of the surf as agents in the learning process could be seen, for example, as a promising strategy for laying down the cornerstone of a more comprehensive teaching program, wherein every student would hold expressive chances of evolving towards a future stage of safe, unsupervised skill refinement. Rather than worrying about protecting students from the various surf hazards and focusing on the wave, in this next scenario, instructors are to develop means so students can dissect each of those hazards, understanding the mechanics involved and seeking for solutions of their own to overcome those situations and, moreover, to use them to their own advantage while in the surf.

Scientifically speaking, this rationale is in accordance with the concepts of my research team and I have agreed to refer to it as the “nest enlargement” effect. That is, students’ safety is guaranteed within a certain operational range, and it is okay to conduct environmental explorations within those boundaries, slowly working their way towards enhancing that range until the point where students are ready to deliberately work beyond their safety limits, unaided. We believe this concept holds similarity to Lev Vygostky’s “zone of proximal development,” in that the type of aid we propose is not physical.