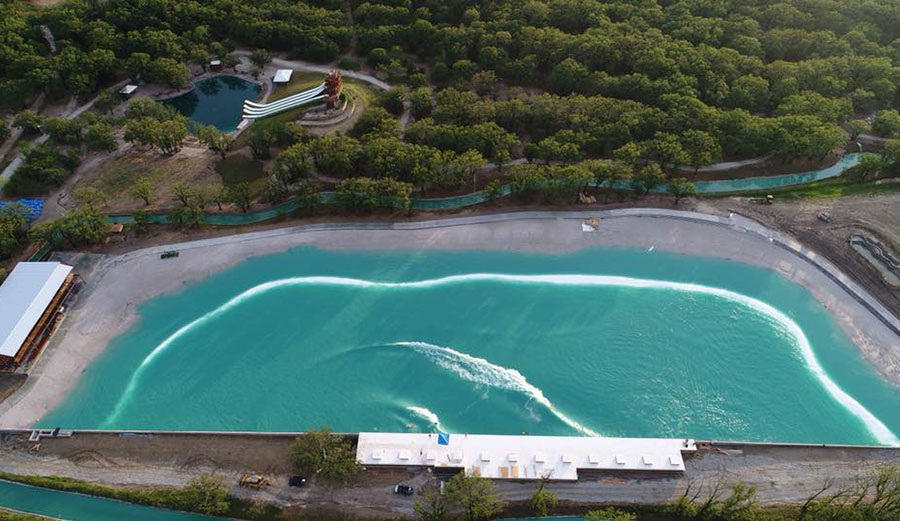 The mother of Fabrizio Stabile, who died of a brain-eating amoeba after a trip to BSR Cable Park, is suing the Waco, Texas facility for the wrongful death of her son. Photo: BSR

You likely recall the tragic story of Fabrizio Stabile that made headlines last fall. The 29-year-old New Jersey native and lifelong surfer died on September 21, 2018 of an ultra-rare brain-eating amoeba, called Naegleria fowleri. The Centers for Disease Control later said in a report that Stabile likely contracted the bug at BSR Cable Park in Waco, Texas during a trip to their newly-installed wave pool.

Now, Stabile’s mother Rita is suing BSR over the death of her son, seeking $1 million in damages, reports the Houston Chronicle.

The suit alleges that the park’s translucent blue-green water, “masked a pathogen soup that allowed the amoeba to thrive.” And that BSR could have prevented Stabile’s death, “had they exercised ordinary care in the operation of their water park.”

Following Stabile’s death, the Centers for Disease Control tested the waters around the park and “found evidence of Naegleria fowleri” at the facility, though not at the Surf Resort, Royal Flush, or Lazy River attractions.

In the wake of the increased media attention, BSR closed the surf resort for months and hired a North Carolina firm called Water Tech Solutions to install a state-of-the-art filtration system.

BSR has since reopened the Surf Resort and the water no longer has its blue-green hue but instead is crystal clear.

David Litke, environmental health manager for the Waco-McLennan County Public Health District, told the Houston Chronicle that prior to BSR installing a new filtration system, the water at the park mostly went untreated except for occasional dumps of chlorine. It’s that environment that allowed for Naegleria fowleri to develop in the first place, because, according to the CDC, the amoeba thrives in “poorly maintained or minimally chlorinated swimming pools.”

More importantly, though, the incident raised a number of questions about the obligations of surf park operators and how to effectively regulate what is essentially a brand new category of attraction – since wave pools are neither public pools nor man-made lakes. Many of those regulatory questions remain unanswered, and will likely be tested by the Stabile family’s suit.

What’s more, at present Texas state law requires surf lagoons be kept “in a sanitary condition,” without additional enforcement stipulations. Those are expected to come from Texas’ Department of State Health Services this summer.

The suit alleges that BSR negligently “breached their duty to keep the water safe.”