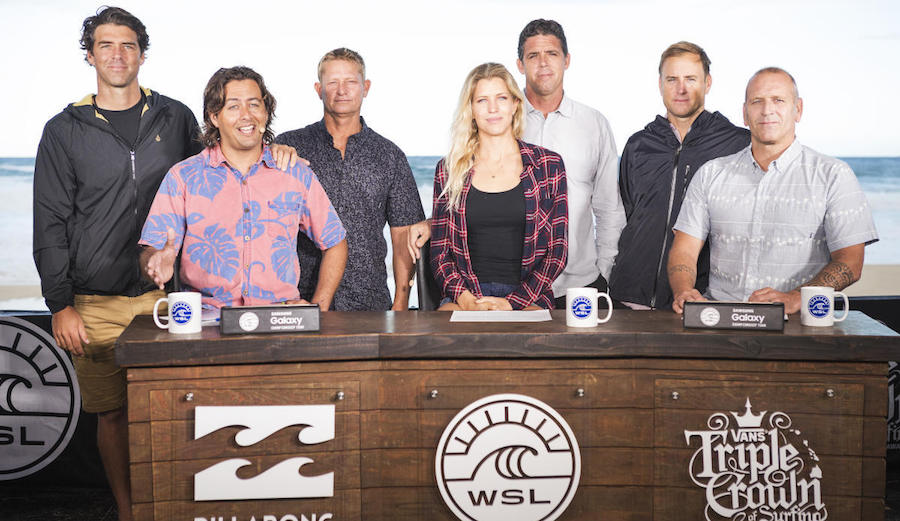 Comin’ at you live. Exclusively on Facebook! Photo: Cestari/WSL

All World Surf League contests in 2018 and 2019 will be exclusively broadcast on Facebook, the WSL announced in a press release Wednesday. It’s an expansion of what the social network giant and professional surfing’s governing body view as a partnership that’s helped the League reach an even larger swath of burgeoning surf fans.

“Facebook fosters a global community and, as surfing is a sport that celebrates and centers around community, we are proud to announce our media rights partnership with the platform,” Sophie Goldschmidt, WSL CEO, said in the release. “This is game-changing for the sport in many ways and, with current and new fans front of mind, we can retain the free offering to fans, and it allows us to deliver the world’s best surfing to even more people on Facebook’s platform.”

Last year, Facebook and the WSL had a non-exclusive agreement for contest broadcasts. This allowed the league to simulcast on its website and via Facebook Live. The exclusivity clause for 2018-2019, though, suggests that the broadcast on the WSL site will be no longer, and that presumably anyone hoping to watch any Championship Tour, Big Wave Tour, or Qualifying Series events will need a Facebook account to do so. The WSL says that’s not the case… yet.

When asked how migrating to Facebook will impact tools viewers use on the WSL’s website like the Heat Analyzer, WSL SVP of Global Brand Identity, Dave Prodan, explained, “The full live viewing experience won’t migrate off WSL platforms until the experience is as good if not better on Facebook. So for now, still available on WSL platforms.”

The release explains that for U.S.-based fans, contests will be available via Facebook’s newest offering Facebook Watch.

“We’re thrilled to become the exclusive home of the World Surf League’s live events for the next two years,” said Dan Reed, Facebook Head of Global Sports Partnerships in the press release. “This is a natural next step in our terrific partnership, which has steadily progressed over the years as the League has expertly used Facebook to distribute content and build community. This was especially true last year, when millions of fans came together on our platform to watch live surfing. We’re excited to help WSL continue to serve and grow this vibrant community and usher in a new era of surf broadcasting on Facebook Watch.”

According to the WSL, the justification for the exclusivity is a result of some 13.9 million people around the world that tuned in to a WSL event last year on Facebook. The release calls it a “model example of a flexible, innovative and collaborative relationship for both parties.”