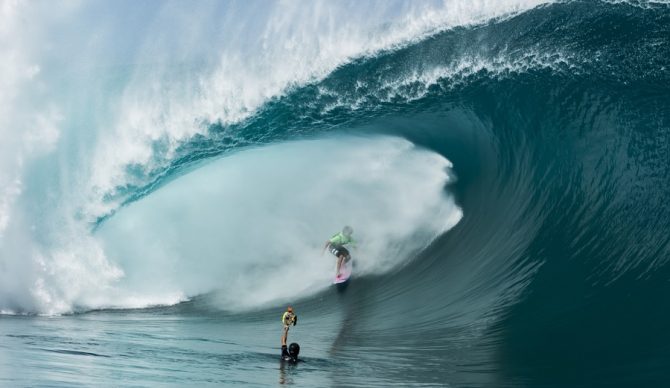 Brent Bielmann in the line of fire. Photo: Brentbielmann.com

Editor’s Note: This feature is supported by Buell Wetsuits

Brent Bielmann knows a thing or two about surf photography. He grew up on the North Shore of Oahu, learning from his uncle, Brian Bielmann, whose iconic surf shots have graced magazine covers since the 1980s and was Bruce and Andy Iron’s go-to photographer in the early 2000s. Brent has more than a few magazine covers of his own to claim, as well as shooting for some of the biggest names in the industry today. Recently, he’s been trying out the Buell Float Suit, the same one that Jamie O’Brien uses. Jamie claims the suit saved his life when he got sucked over the falls and hit his head on the reef at Pipeline in 2019. Unconscious for half a minute or so, the suit brought him to the surface where his friends were able to help him to shore.

Brent has also been taking his float suit to Pipe, but he’s been using his float suit to help him get the perfect shot instead of as a last-ditch safety measure. “When you’re shooting from the water without floatation really only your head is above the surface,” said Brent. “I often find myself holding my camera above my head to get the perfect shot. That’s why guys love shooting from jet skis so much,” Brent explained. 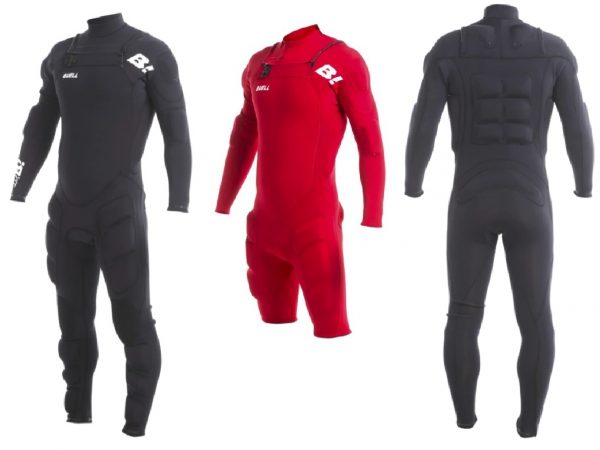 “Float-wise I’ve used lots of different types of flotation when I’m shooting in bigger waves or surfing myself,” says Brent. “And they’re normally a pain — real bulky, and the padding and flotation are in awkward places. [The Buell Float Suit] feels like it was designed with surfing in mind as opposed to other suits.” For a photographer, some forms of flotation can be dangerous. “I’ve tried to use a tow-surfing vest while shooting in bigger waves before, but the problem there is that it’s too buoyant, Brent told me. “There are times when I’ve tried to duck through or swim below a breaking wave and been sucked over the falls because I wasn’t able to swim deep enough.” By comparison, with the Buell Float Suit on, Brent is just a little more buoyant than the water around him, enough float to get some more height and stability while shooting, but not so much that it causes any problems.

The Buell Float Suit has the potential to change the surfing industry. Much like the surf leash was once seen as a wacky invention but has now been adopted by all but the hippest of surfers, there’s a decent chance float suits could fall into the same category of essential surf gear, something that beginners and youngsters could use to safely get familiar in the water, as well as big-wave chargers when the waves get gnarly. Now photographers are starting to make use of this invention, and foilers might find the suit useful as well.  Stay tuned as we review the Buell Float suit later this week.

Editor’s Note 12/10/20: Above text edited to clarify that it was Jamie O’Brien, not Brent Bielmann that was sucked over the falls and hit his head on the reef at Pipeline.

That being said, Brent just gave me a quick update on his use of the Buell Float Suit during the recent swell at Pipeline. Monday, the day before the Pipeline Invitational, saw some massive waves, and Brent went out to shoot some of the pros. “Italo caught a medium sized-set wave and I was positioning myself in the face to shoot him with my fisheye, but the wave must have broke right where I was and the lip hit me in the face harder than any wave I’ve ever been hit by,” says Brent. “I don’t know if I blacked out or was just stunned but the next thing I knew I was being worked by the whitewash and I felt a board and a leash hitting my leg. Brent later realized that Italo’s fin had cut through his swim fin and neoprene sock, cutting his foot to the bone. “I’m honestly just so grateful to have been wearing the float suit when that all happened,” Brent said. “Every single person who goes out there on days that big at Pipe should be wearing one, especially photographers.”