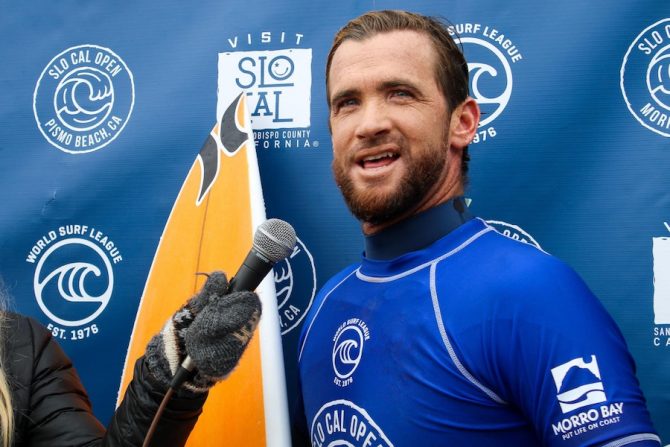 Brett Simpson, the only men’s surfer to ever win back-to-back U.S. Open titles, was unanimously voted the head coach of the first-ever U.S. Olympic Surf team that will compete in the 2020 (now 2021) Tokyo Games.

The team of Carissa Moore, Caroline Marks, Kolohe Andino and John John Florence voted Simpson into his new title on Friday, along with the USA Surfing Advisory Committee.

The original Olympic Opening Ceremony was supposed to be only ten days away; however, the Coronavirus has moved the games back to 2021.

“I’m really focused on learning about each individual more and what works best for them,” Simpson told The Inertia. “Also building the Olympic chemistry between the team because we will be together for possibly two-plus weeks.”

Simpson and the team haven’t wasted any time despite current events and travel restrictions. “We’ve been in contact on Zoom and coming up with some ways to keep connected while travel has been cut off. They all have been surfing a lot and are in this position for a reason – they are some of the most committed and talented athletes in the world.”

Since each surfer has teams they work with regularly, Simpson has said that his coaching role will focus more on mindset, rather than mechanics. “As an athlete myself I’ve realized how much mindset plays a role in the outcome of everything. I will critique certain things, but I’m not worried about their ability. When it comes to performing on the highest stage, it’s the mindset that’s gonna be the difference for who wins gold.”

Simpson previously served as the U.S. junior national team coach at USA Surfing, leading the team to gold last year and was of course a mainstay on the Championship Tour for nearly a decade.

For now, Simpson just wants to keep the team connected with the 12-month delay ahead. “We have a few things lined up for the next few months once we can get the okay,” he said. “BSR wave park, training in SoCal, and a possible Japan trip.”