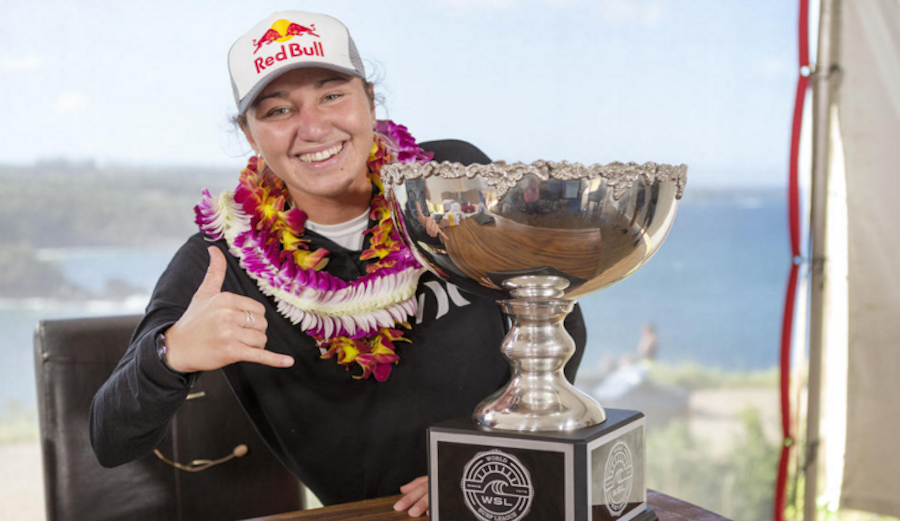 There she is, your 2015 women’s World Champ. Photo: WSL / Kelly Cestari

After a year of yo-yoing leadership, Carissa Moore clinched her third World Title today at the Target Maui Pro at Honolua Bay. Moore, 23, did her part by securing a spot in the quarterfinals but it was her fellow Hawaiian Coco Ho who took down World Title contender Courtney Conlogue in the Round 4 heat that sealed the deal.

“I feel like I have so much work to do today still, I wasn’t even thinking about it,” a lei-adorned Moore said through tears of joy. “It’s crazy for it to happen so early in the day but I’m so thankful. It’s really special to be here at home and to have the support of my family.”

Moore dominated Malia Manuel and Tatiana Weston-Webb in Round 3, but Conlogue faced an upset as Nikki van Dijk overtook her in Heat 3 for a place in Quarterfinals alongside Moore. Courtney gained additional momentum from the loss, only wanting the title more as she faced an intimidating make-or-break heat against Coco Ho in Round 4, her steely eyes filled with determination. With Carissa’s place in the Quarterfinals secure alongside Fitzgibbons, van Dijk, and Alessa Quizon, Round 4 was Conlogue’s last opportunity to take the title. 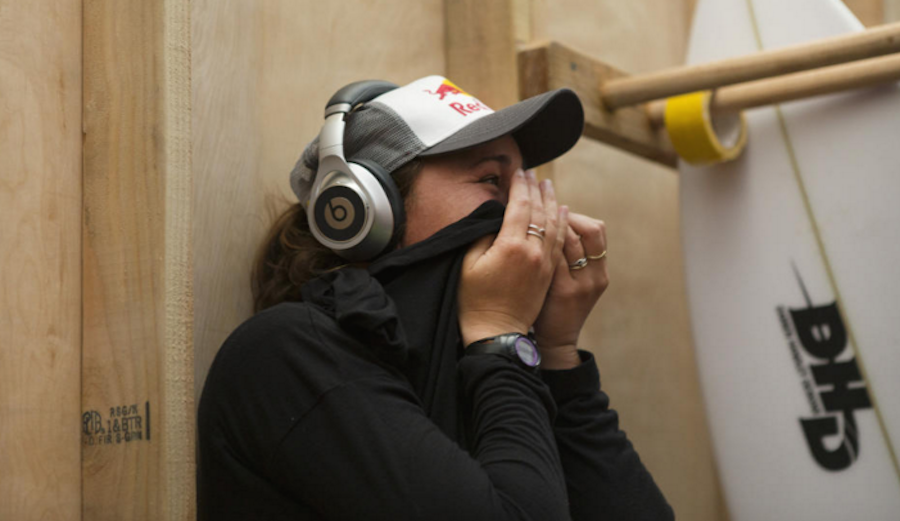 Carissa holed up in the locker room as she awaited the results. WSL / Kelly Cestari

Coco took an early lead with a monster 9.17 showing. Courtney battled back with intense focus and keen wave selection, pulling ahead by a mere 0.19 as the heat entered its final 10 minutes. The air of the entire contest was thick with anticipation as Moore stayed in the locker room with headphones on, waiting to hear if it would be an instant title or a surf off with Courtney.

But Coco Ho had no intention of going out quietly in the last five minutes of the crucial Heat 3. She used her priority to rip a perfect wall to shreds with four hacks and a deep carve, earning a 7.33 and forcing Courtney to seek an 8.08 in less than two minutes. Back on the beach, Carissa covered her face as Courtney fell on her second maneuver attempting to answer back at Ho. She screamed as family and friends rushed her in the locker room with the sound of the buzzer, declaring her third world title and victory as the 2015 World Champion of women’s professional surfing. 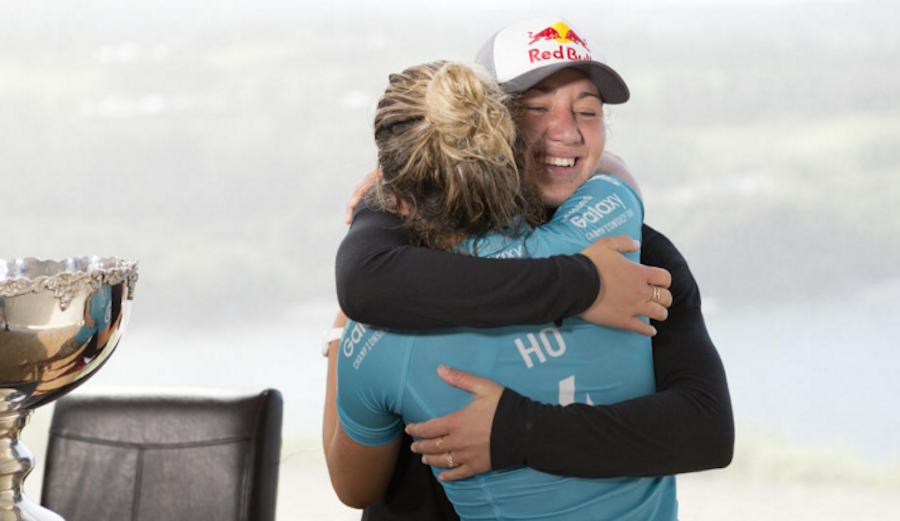