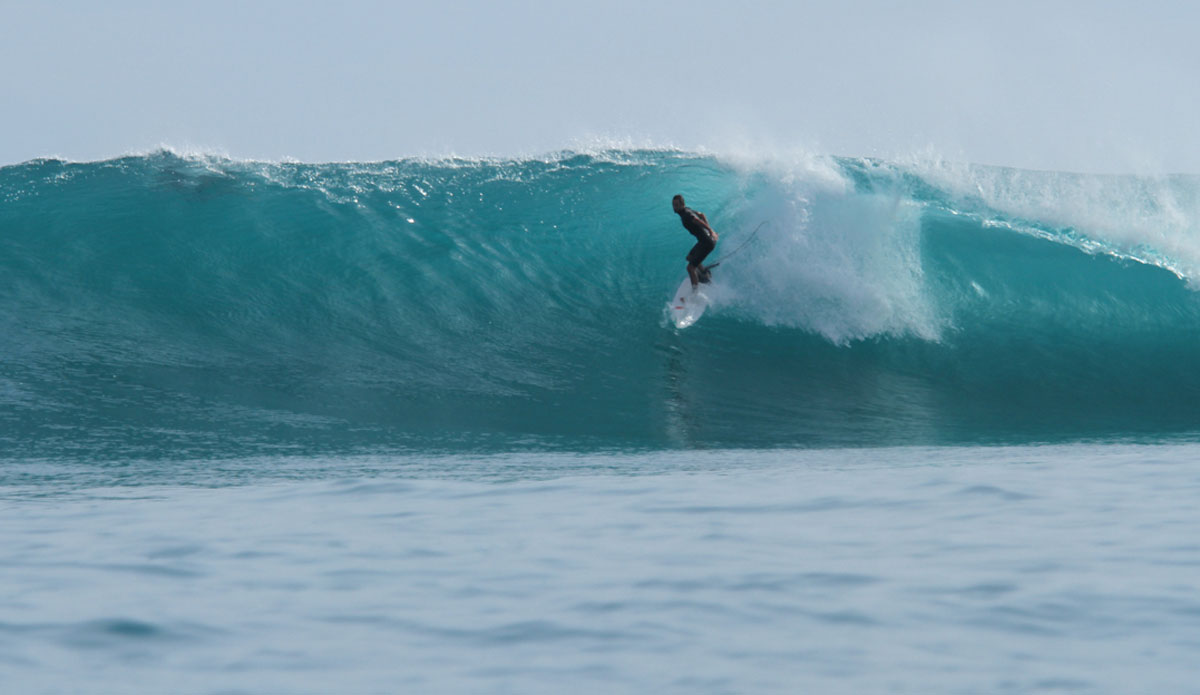 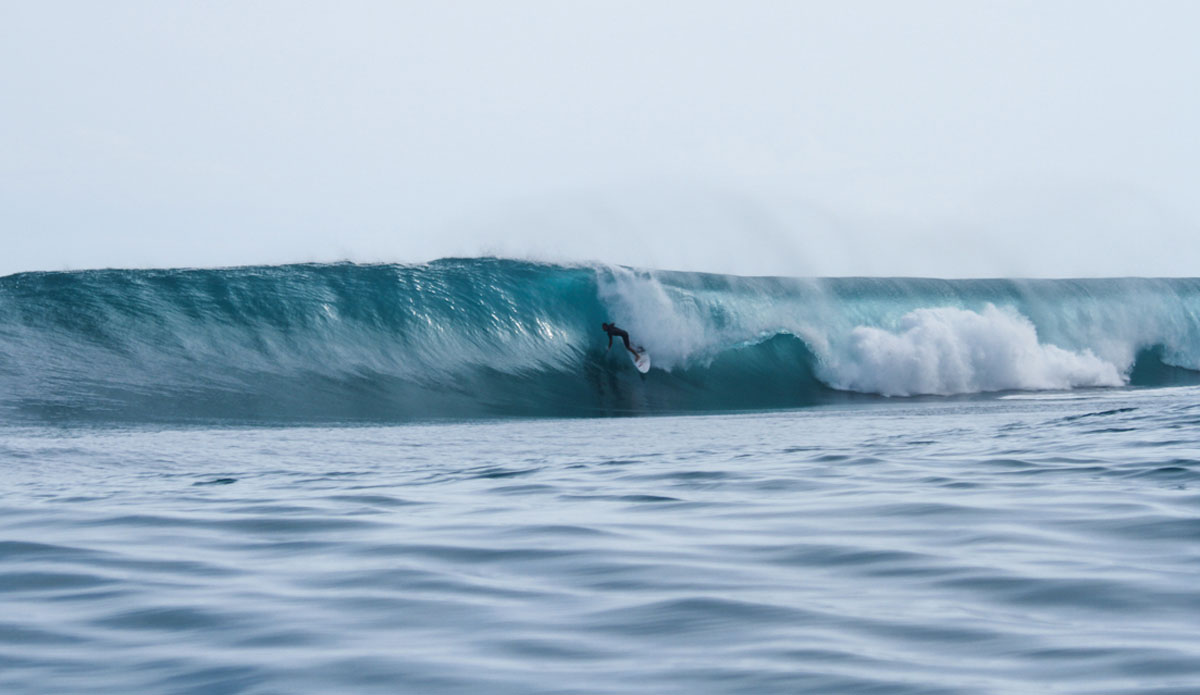 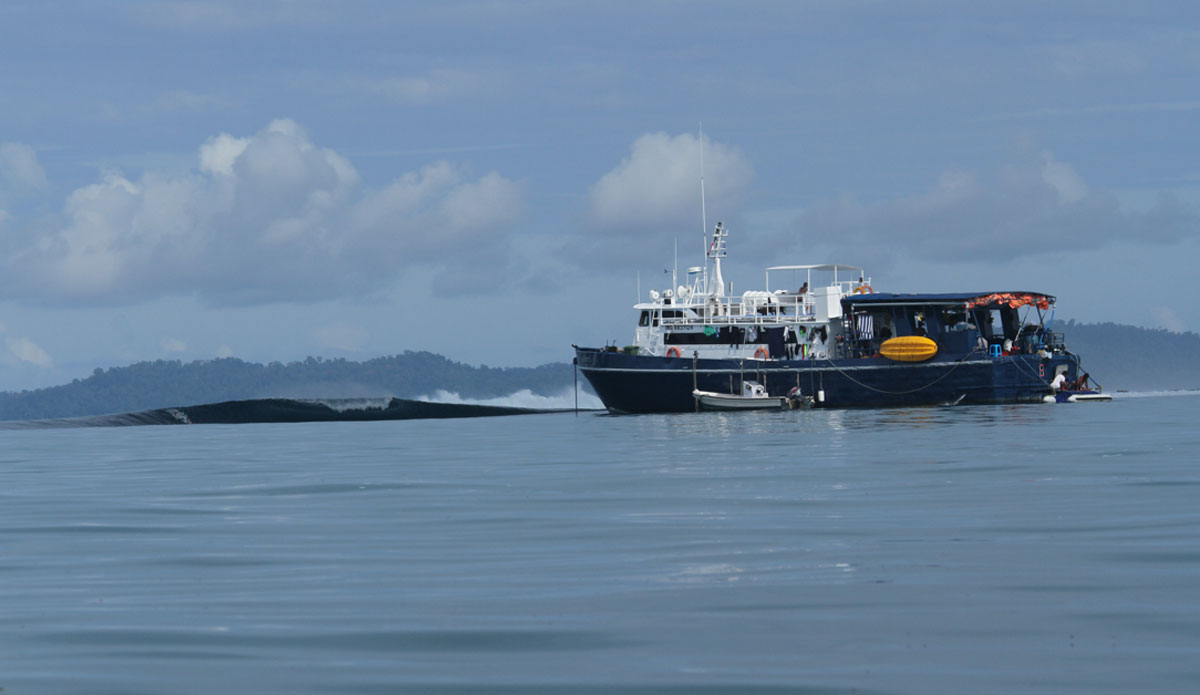 A pulled back view of the bay. Photo: Ben Bireau 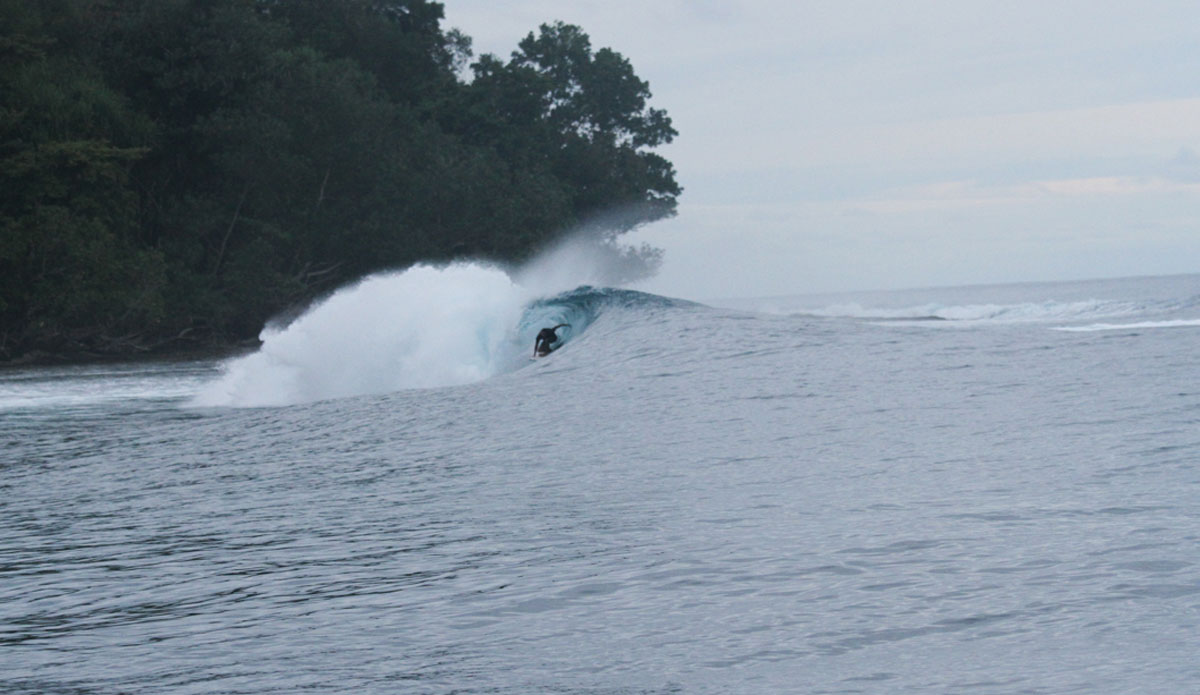 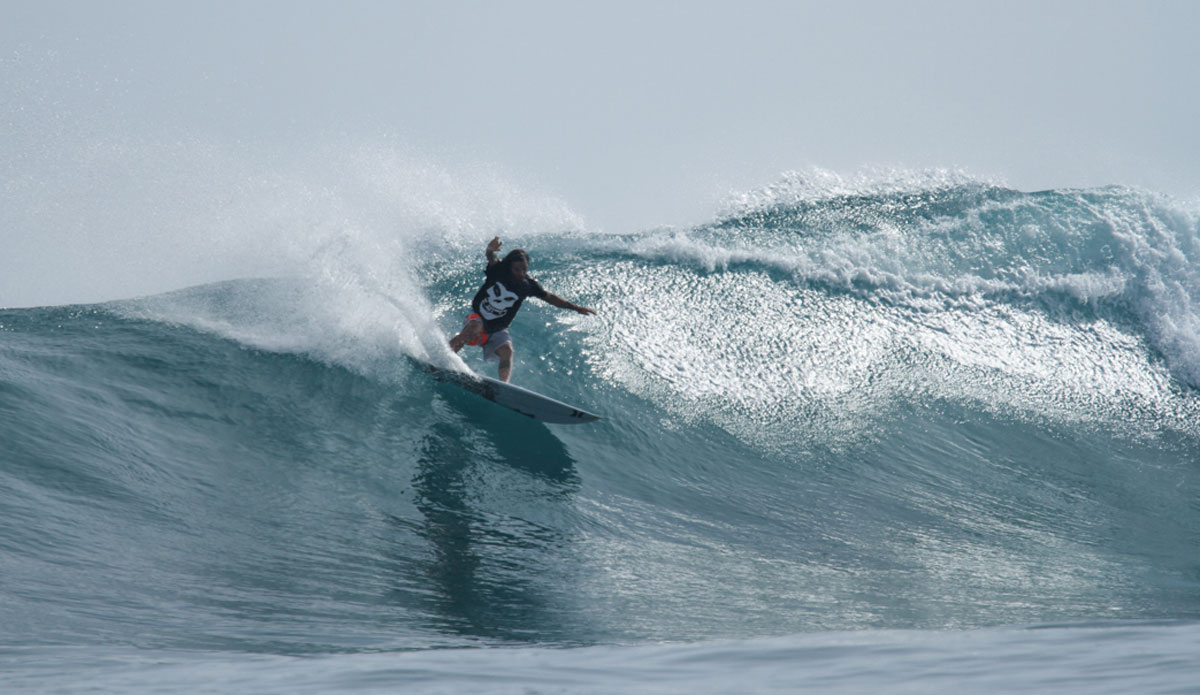 Marcos, a Brazilian who was staying with us at the surf house. Photo: Ben Bireau 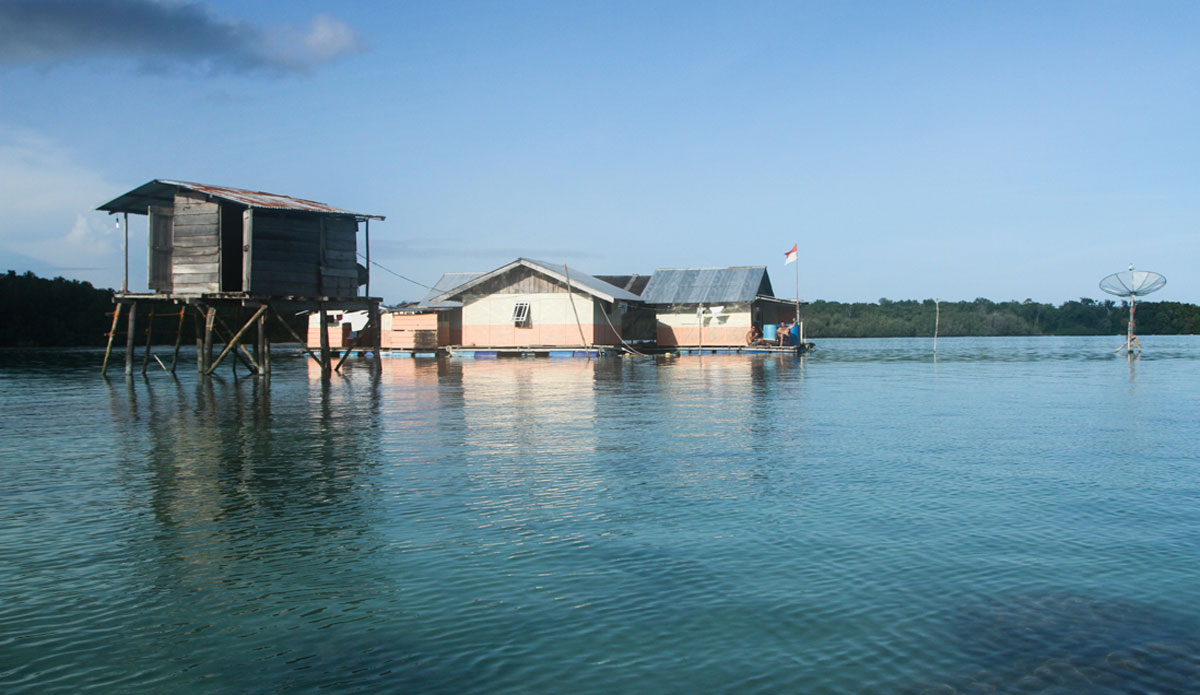 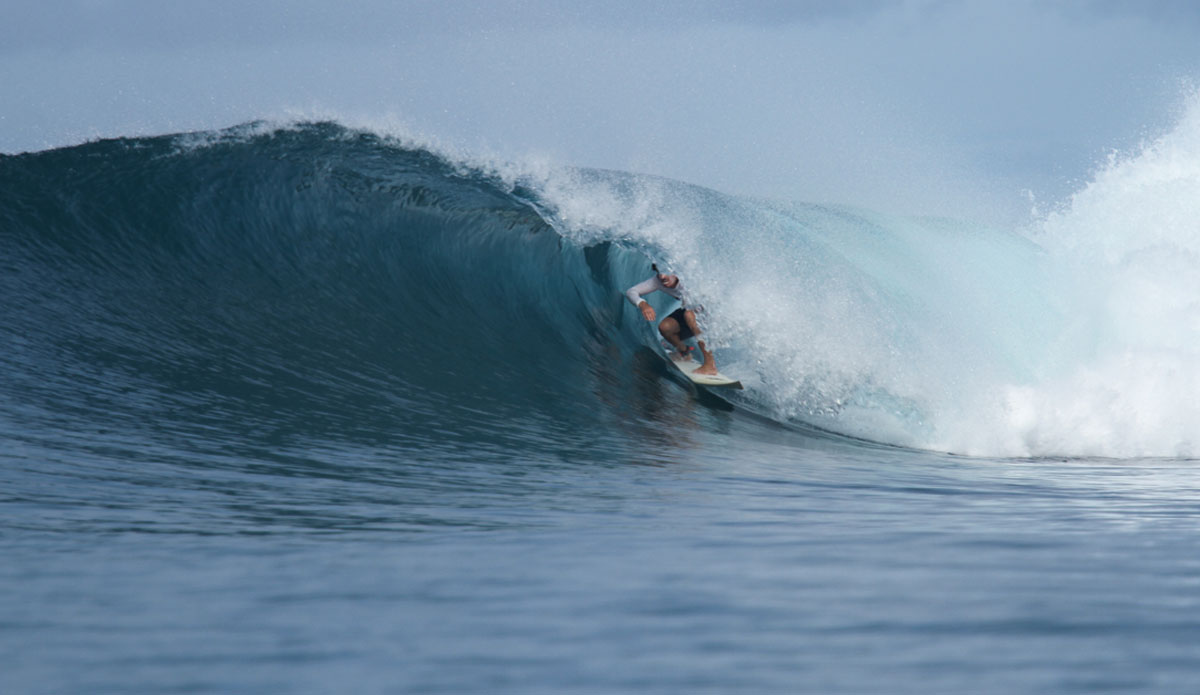 Bailey into the barrel at Gunters. Photo: Ben Bireau 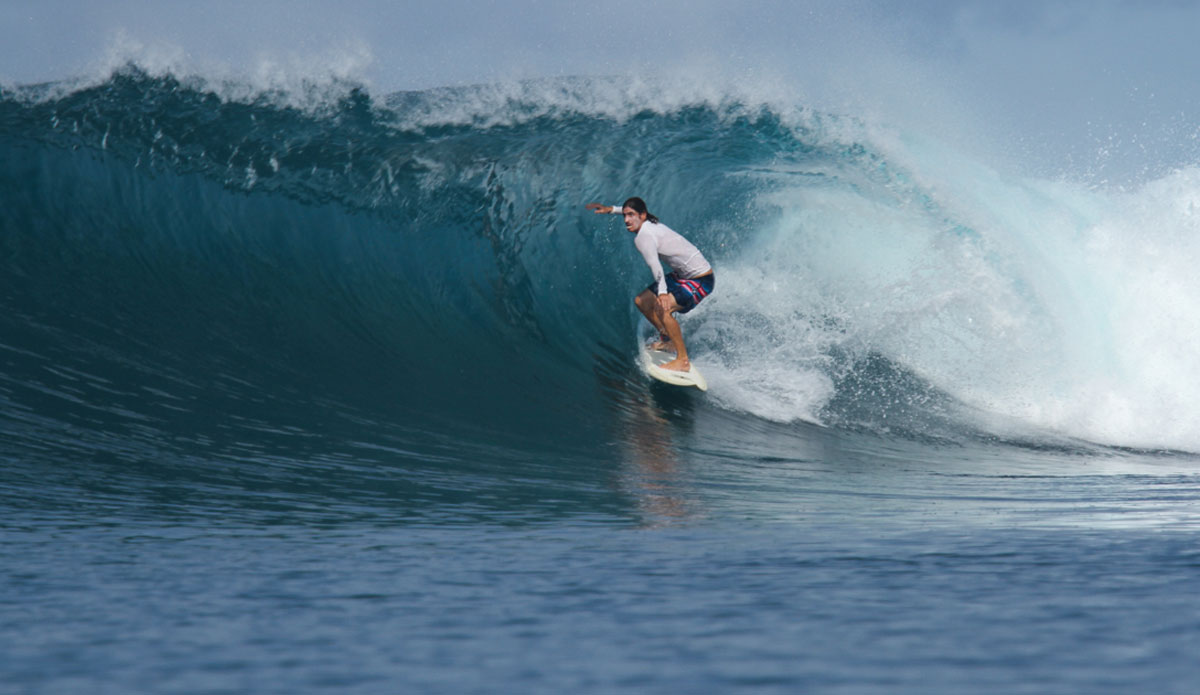 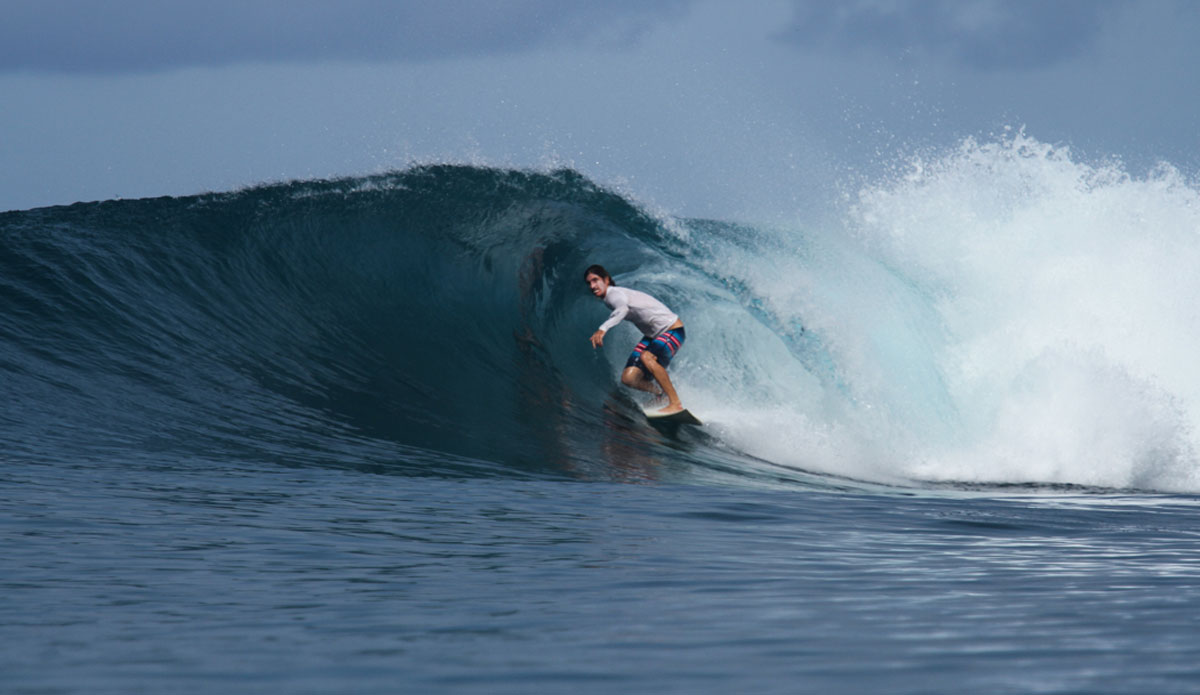 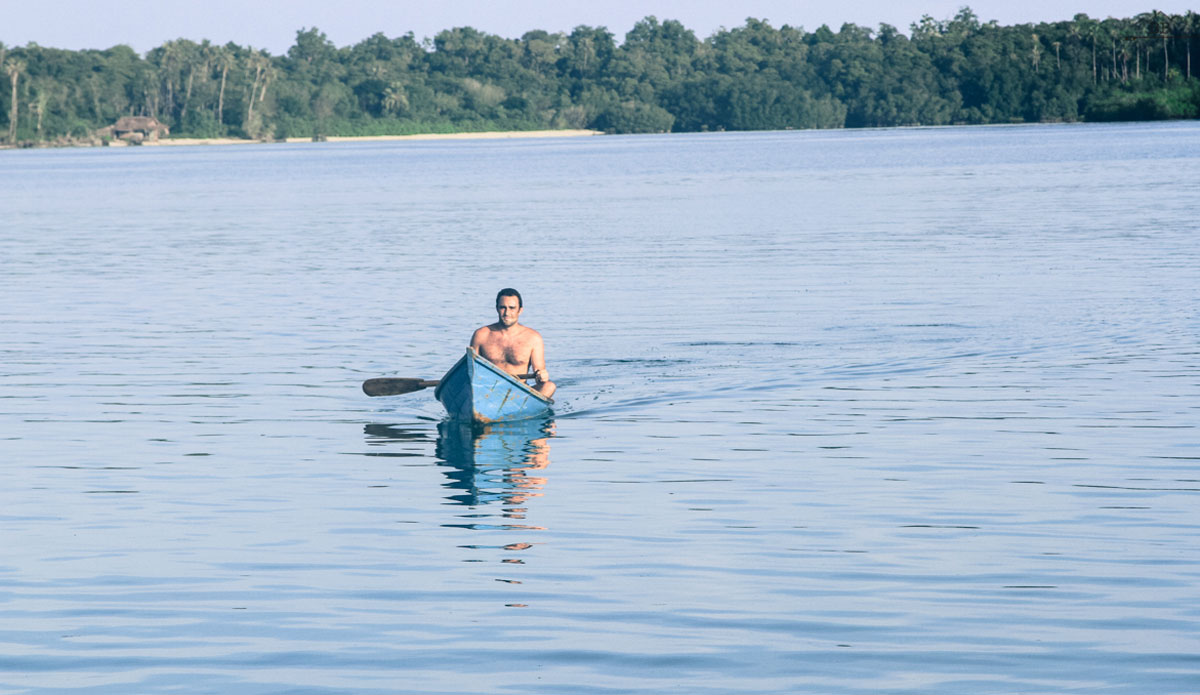 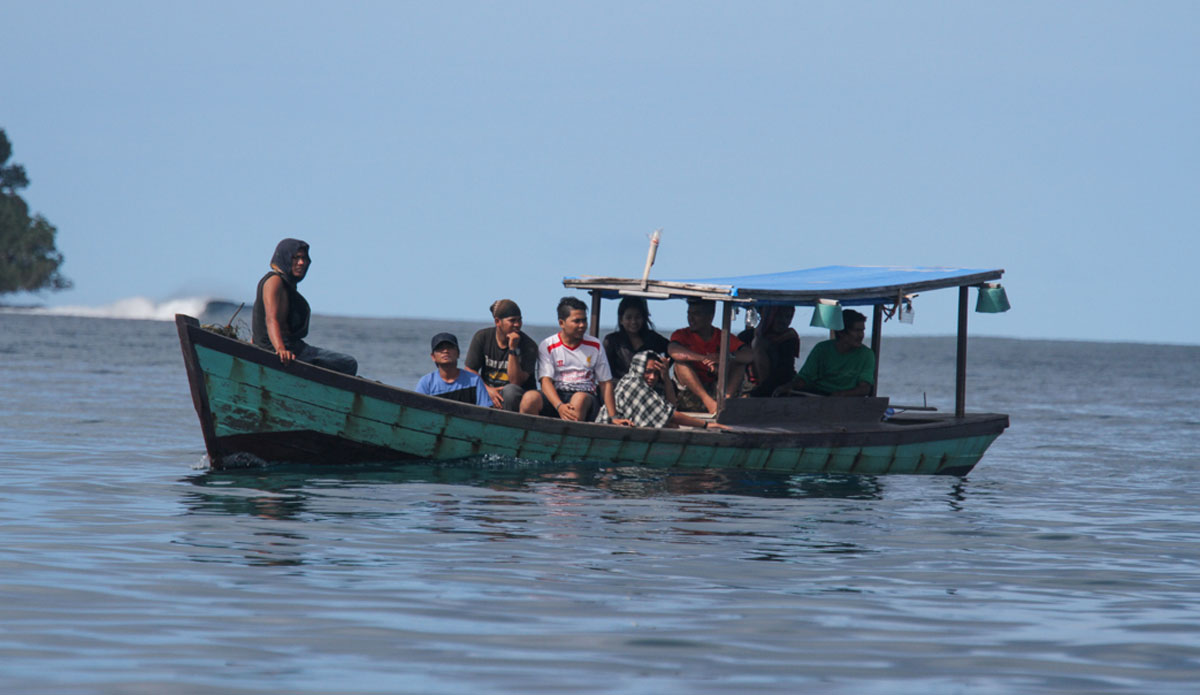 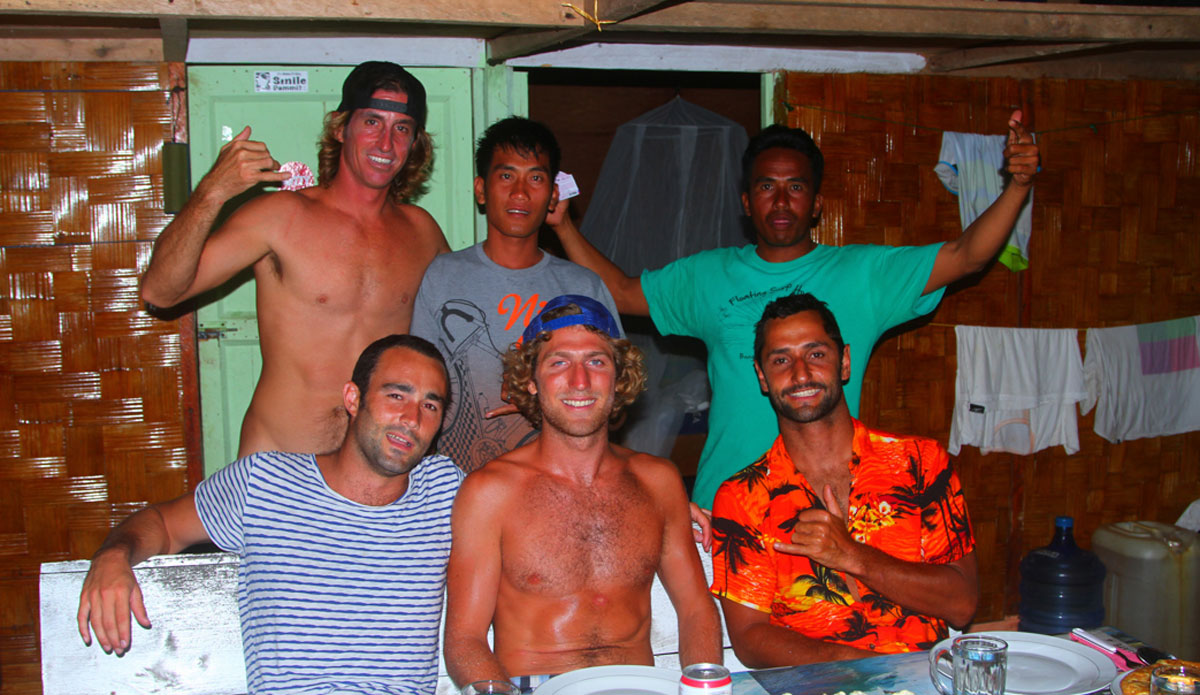 The crew at the floating surf house. Photo: Ben Bireau 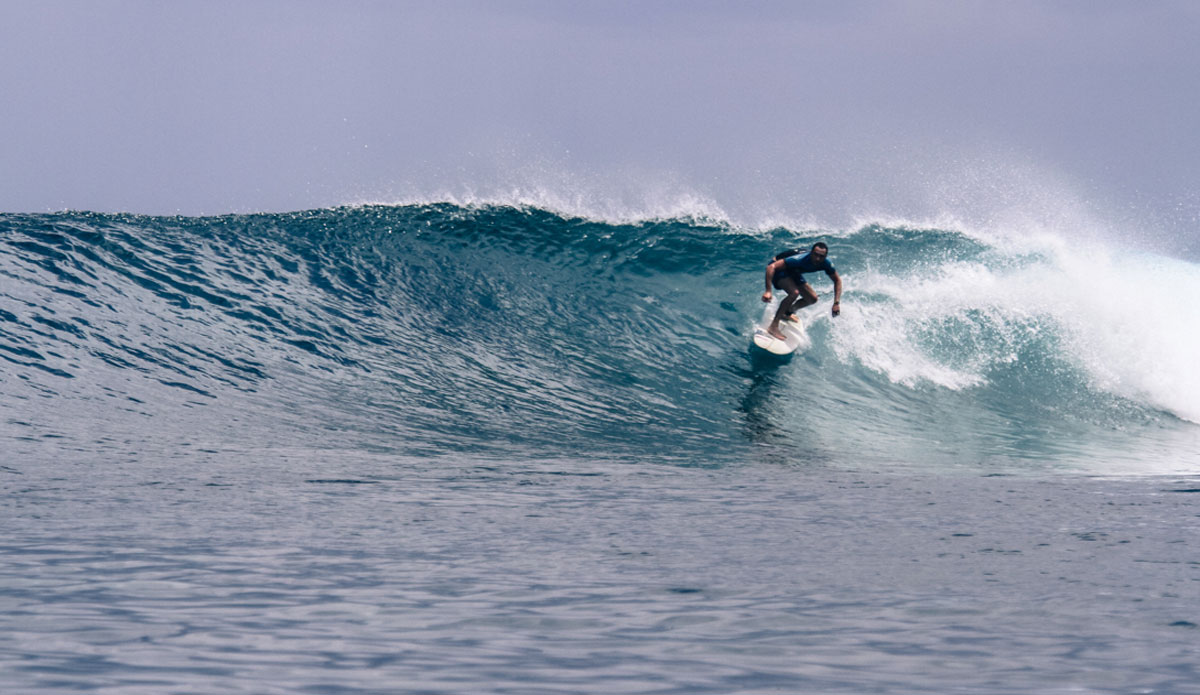 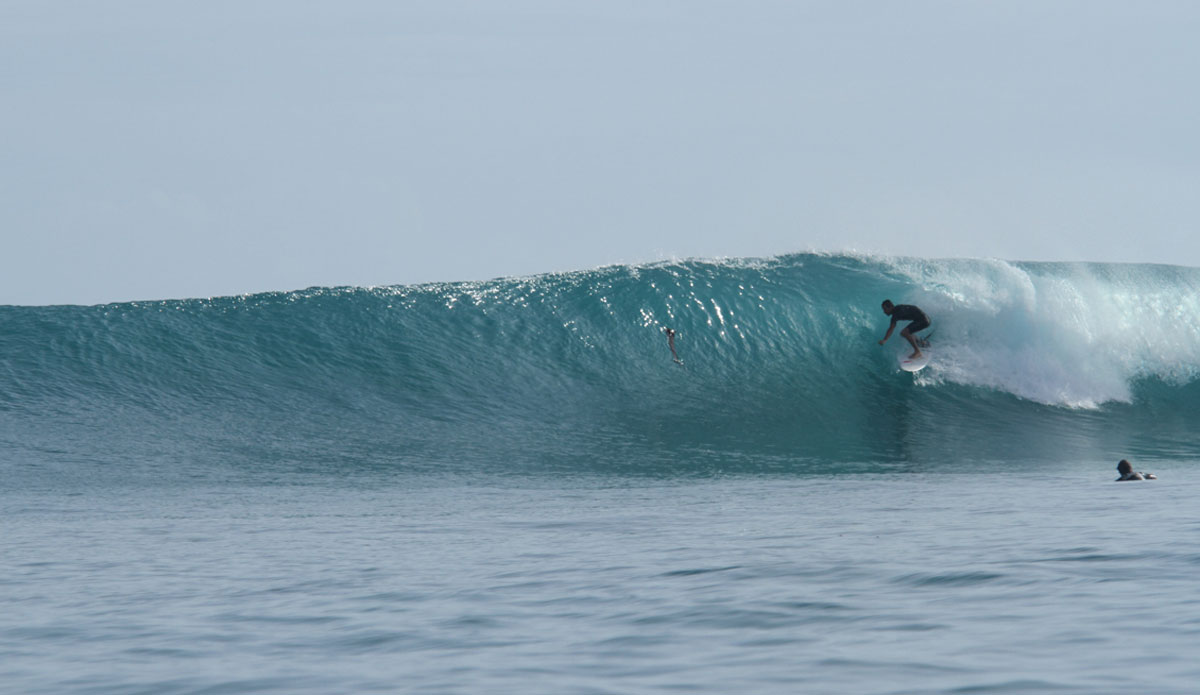 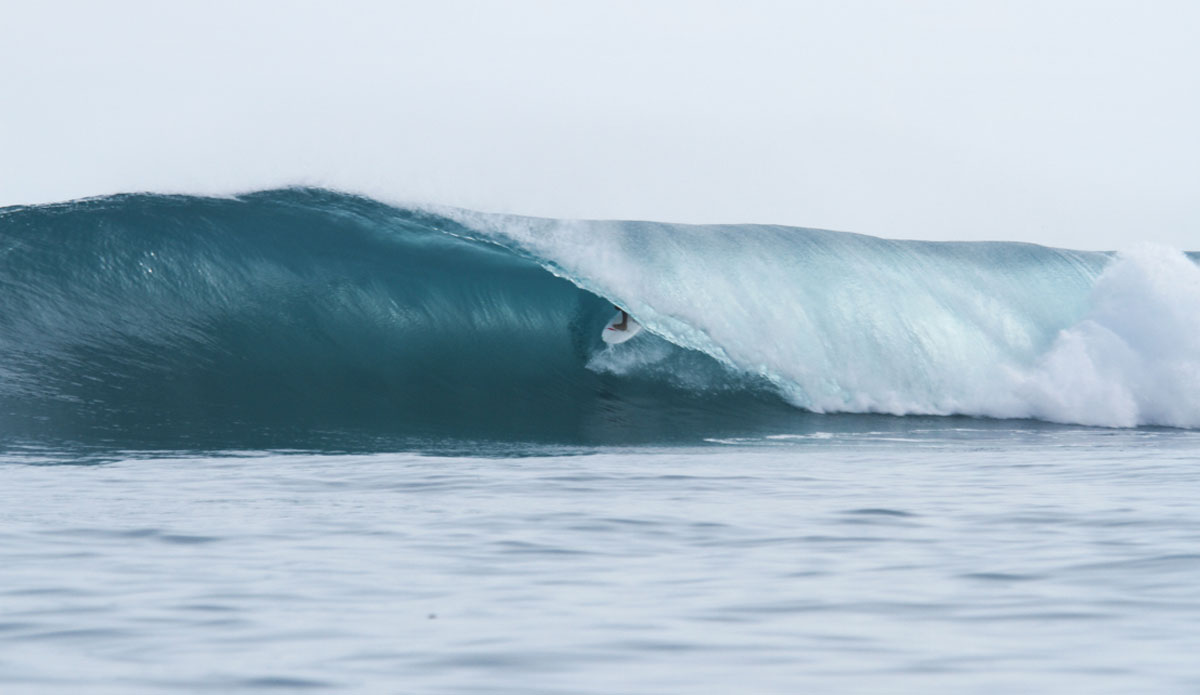 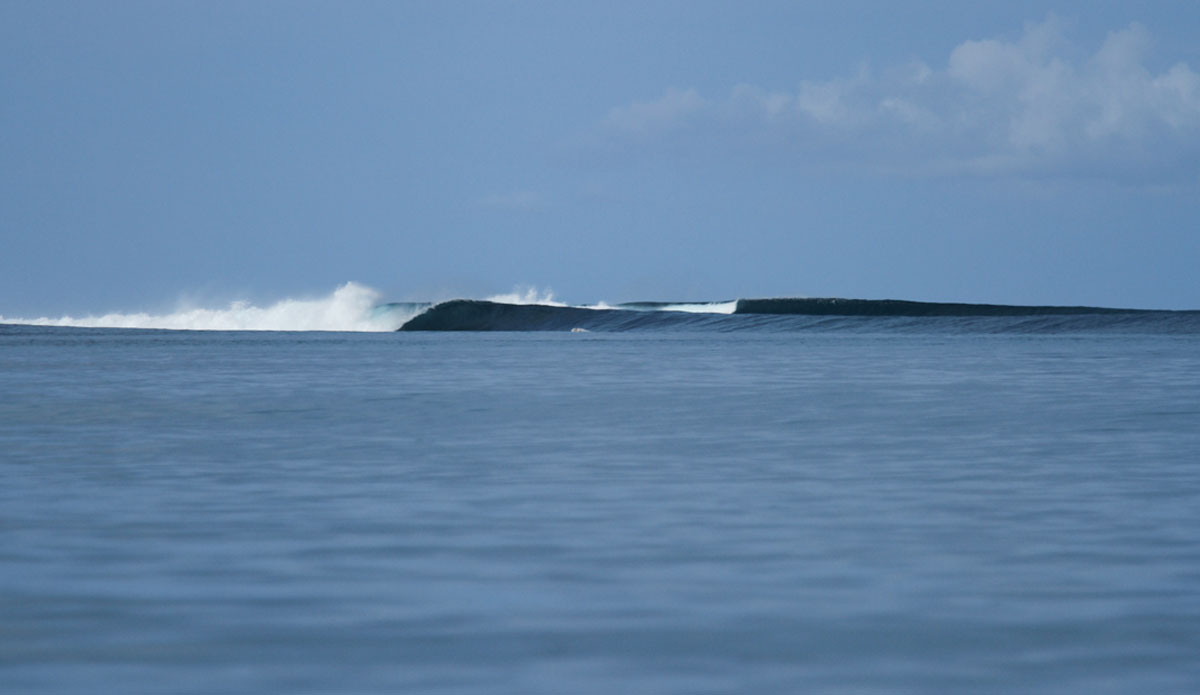 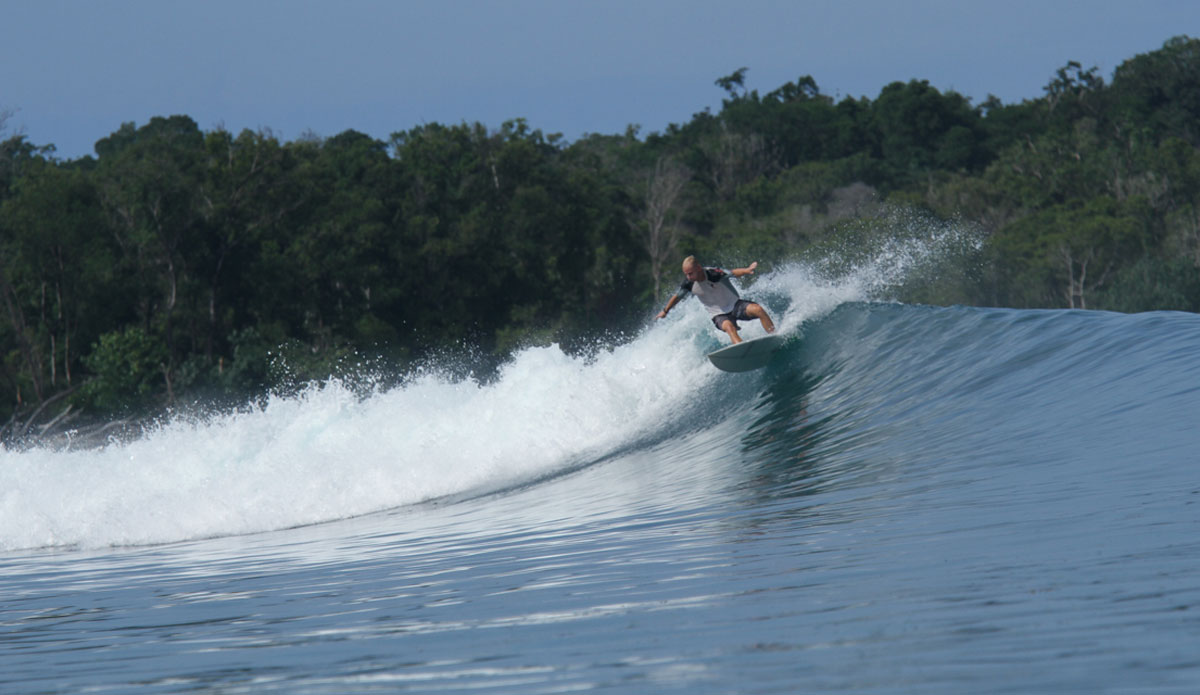 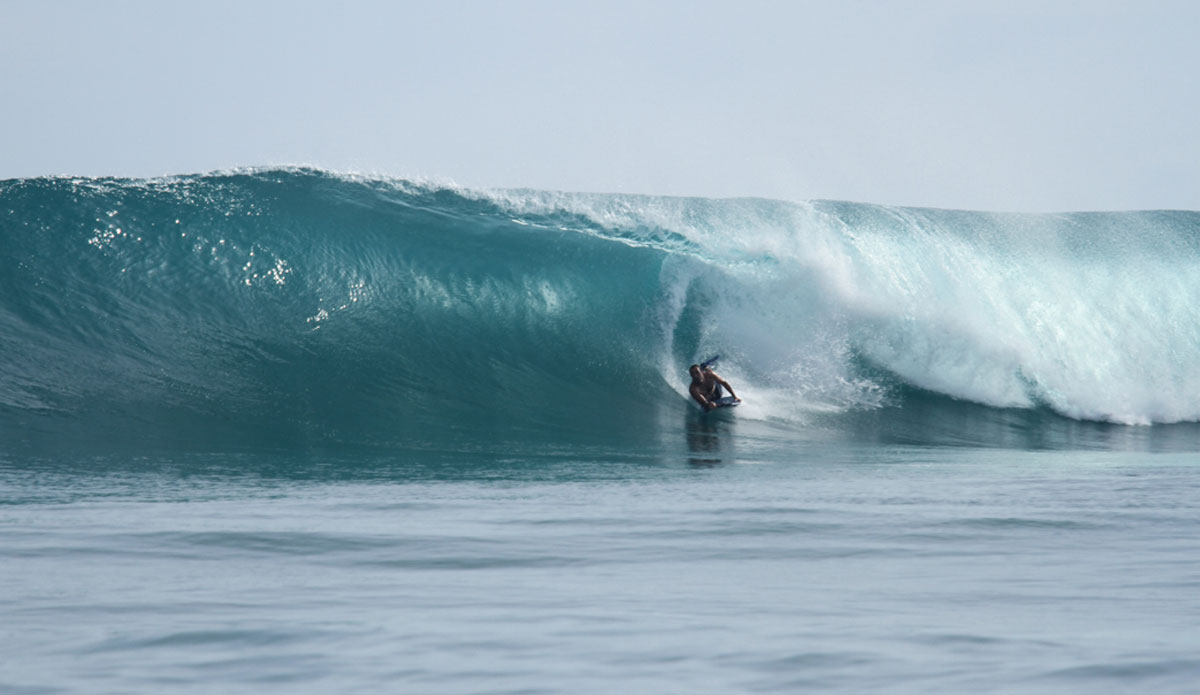 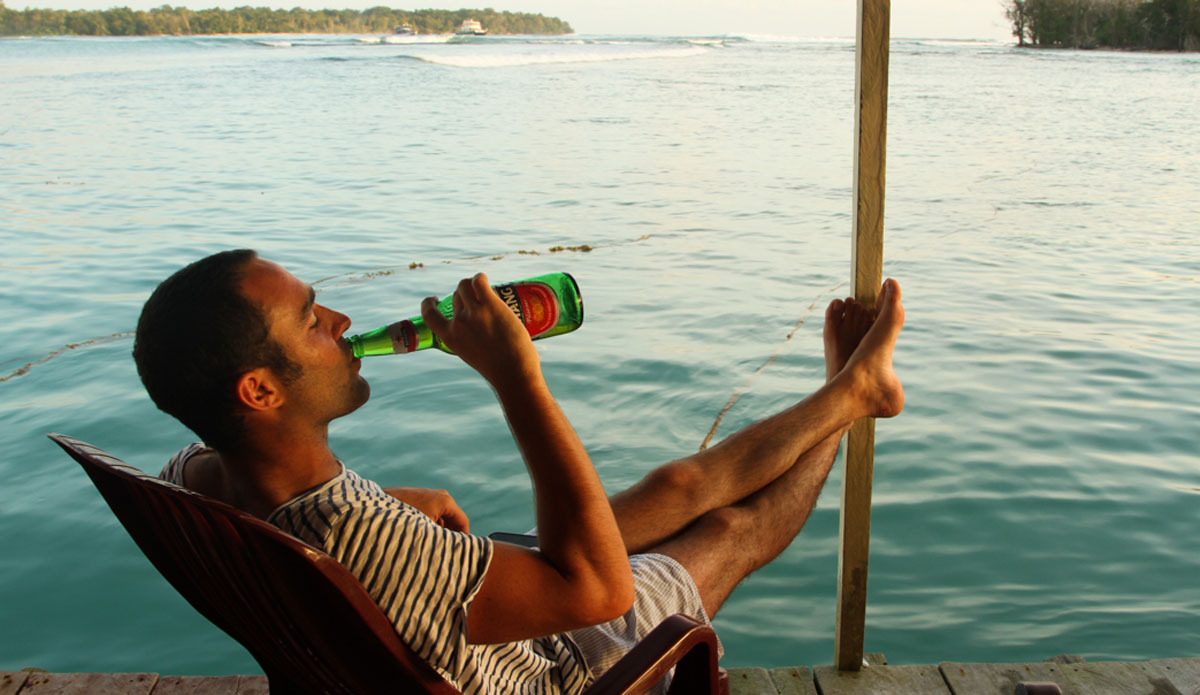 Bintang time at the end of the day. Photo: Ben Bireau

Everyone now knows the perfect waves that Indonesia has. They have built Indonesia’s reputation as one of the world’s best surf destinations, and for good reason. But with those good reasons come the crowds, which are nearly inescapable. Bali, one of the most famous islands in Indonesia for both surfing and partying, is now full of people. Indeed, you will score perfect waves, but the crowd takes away from the charm of the trip. So with two friends this summer, we decided we would head to Indonesia… and chase uncrowded waves. We can say it was a success.

The bet was the Banyak Islands. We stayed in the only real surf resort there, a floating surf house built three years ago by an American named Bailey who lives half the year in Hawaii and the other half in his floating surf house. Along with his Indonesian partner Erwin, they placed the house at the bottom of the Bay of Plenty. Eight people can sleep there. That’s Bailey’s mentality. He wants to protect the place.

In our two week stay, we surfed the three different waves of the Bay by ourselves. The surf in the Bay of Plenty is filled with everything from fun rippable waves to intense challenging barrels over shallow reef. It ranges from 2 – 15 feet, and the crowd level is anywhere from empty to 20 surfers, but rarely that busy. The crowd is spread out, and when the winds are good, the surf is incredible.

Gunters, a long right-hander, is the most consistent wave in the bay. It has an outside barreling section that links up with a shallow inside section where six-second barrels are possible. The left, Lolok Point, has long walls that freight train into an intense barrel on the inside. It takes a medium swell to start working, and produces those big Indo-style barrels when it does. It holds anywhere from six to fifteen+ feet. And then there is Dindos, which is a fun rippable left just across the bay. There are also four other incredible waves: Lizards Nest (a right), The famous Treasure Island, Cobras Left, and Turtles Left, all good bets depending the swell direction, wind, tide and weather.