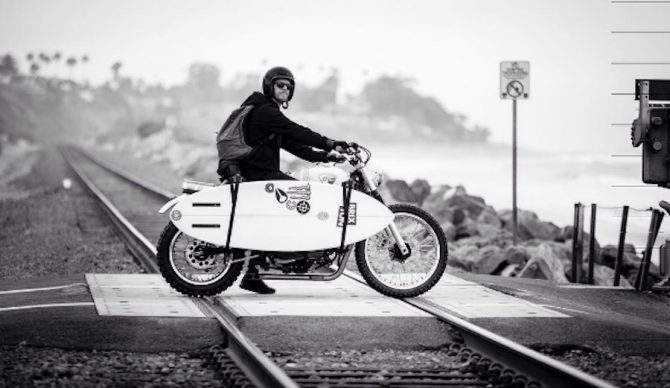 My first introduction to Chippa Wilson was the trailer for the Riley Blakeway flick, Now. And what an introduction. The teaser starts with the thumping beat intro of Wavves’ “King of the Beach”. Chippa’s flashes of aerial brilliance and innovation matching pace with the drum track is like a kick in the teeth. Weird little floaters paired with technical shove-its and spins were the stamp of a guy that was doing things differently. That was six years ago.

While the stickers on Chippa’s boards may have changed since, his approach hasn’t. He remains on his own path. And not just in surfing. In life too.

Which is why it wasn’t out of character when he approached Triumph parts designer British Customs to do a unique build – a bike reminiscent of the desert sleds of yore (popularized by Steve McQueen and Bud Ekins). 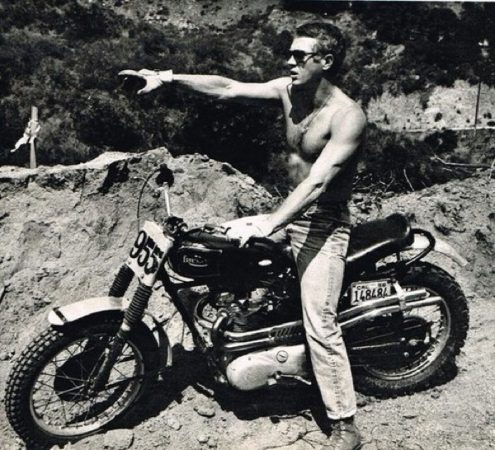 Starting from a 2015 Triumph Bonneville Black, the crew used a cache of digital footage and images provided by Chippa to get a sense of what he was going for. Clips included scenes from Bruce Brown’s classic film On Any Sunday (yes, this is the same Bruce Brown to give the world Endless Summer).

Typical of desert sleds of that era was the removal of all unnecessary parts from stock bikes made for the street, and customizing them for off-roading. To get Chippa’s bike right, the crew at British Customs started the same way. They removed the rear fender, turn signals, passenger pegs, and everything else deemed nonessential.

Then came the upgrades including: a rear mudguard, bench-style seat, new wheels, new tires, and a handful of other modifications. Along with more technical adjustments addressing the bike’s controls, ergonomics, and an overhaul of the engine for maximum horsepower, the Beach Sled was born. 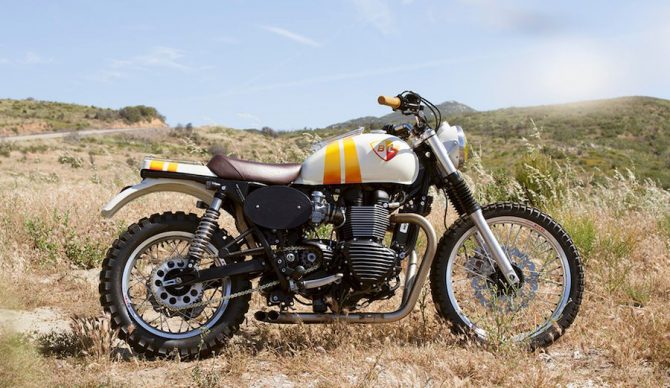 The Beach Sled is like an oldie but newie. Photo: Brin Deuk Morris

For a part-by-part look at the construction of the Beach Sled, be sure to check out part 1 of a three-part bike build series by David Bumpus on Bike Minds. And for your viewing pleasure, here’s the trailer for Now by Riley Blakeway: