Chris Cote Answers Questions About Childhood, Sexuality, and Why Everybody Needs Haters 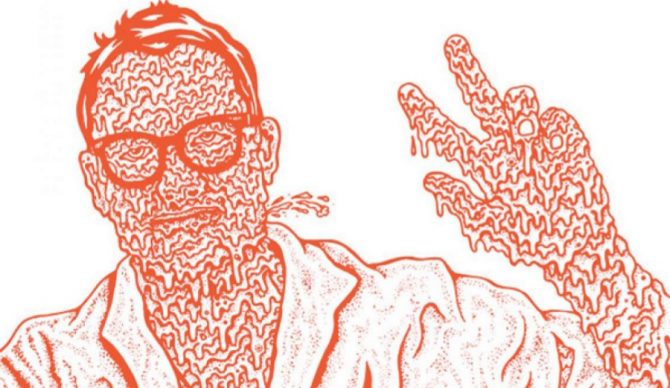 Chris Cote is one of the most recognizable faces and personalities in the action sports world. He got his start as a competitive skater and surfer but his real arrival came as the longtime editor of Transworld Surf Magazine. From there, we’ve seen him work as a commentator for the WSL, host his own podcast and a lot more. He’s a busy guy, which makes him all the more worthy of tossing a few questions to and learning how and where it all started.

How were your early years?

I was always a fun-loving, sensitive kid. I wore glasses, was shorter than the rest of the class, didn’t have a lot of money growing up, messy parental divorces, substance issues in the family, and all that. But I was always loved by my parents, given plenty of attention, and grew up in an incredible, tight-knit neighborhood close to the beach. We had our struggles, but I remember my childhood as joyful and fun. I was shown a lot about the world at an early age and that helped me become the empathetic, understanding, and open person I am today.

You are a super eccentric dude, did that lead to much bullying in your early years?

I was friends with everyone as a kid and teenager — all types of people from all walks of life. Surfers, jocks, skaters, vatos, nerds, etc. I was never bullied and I loathe bullies. I think it helped that I’ve always had a good sense of humor. Of course, I was insecure and self-conscious like most teenagers. I was bullied once and it backfired on the guy when an older friend of mine slapped him around and made him apologize.

I recently came across a lot of hatred spewed at you online and to put it quite frankly, it was some horrible bullying. People weren’t just saying how they don’t like your content, they were saying some pretty nasty and horrible personal things about you. How do you react to people saying these things?

I am more worried when they’re not talking. I used to get bummed on haters way back in the day at TransWorld SURF but now I appreciate them. I think you’re doing something right if you have haters. It means you’re doing or saying something that warrants a conversation.

Can you say that depression has ever been a part of your life?

I’ve had brief moments of depression myself, but it’s pretty rare. I’ve dealt with a lot of other people’s depression, and have always done my best to help them, but it is a serious disease and I’ve seen it destroy lives. I have a lot of empathy for people suffering from depression, it takes such a toll.

What aspect of life do you struggle with the most?

The fact that time is going by so fast. My kids are growing up so fast. I wish I could slow everything down.

I’ve dabbled in just about everything but I have a girlfriend, so I guess you could say I’m straight. All I can say is I have so much love for the LGBT community as some of my best friends and close family relatives are gay.

You made a recent surf trip to the Arctic circle. How was “the extreme cold”?

It wasn’t as cold as you might think. If you have all the right wetsuits and booties and stuff you’re all good. Iceland is one of my favorite places in the world.

One final question, Chris. Tell us why we should tune into your podcast?

Editor’s Note: This interview was originally published by Humans of Surfing. For more from them, check here.