Competitive Sisterhood and the Disadvantages of Being a Young Female Surfer 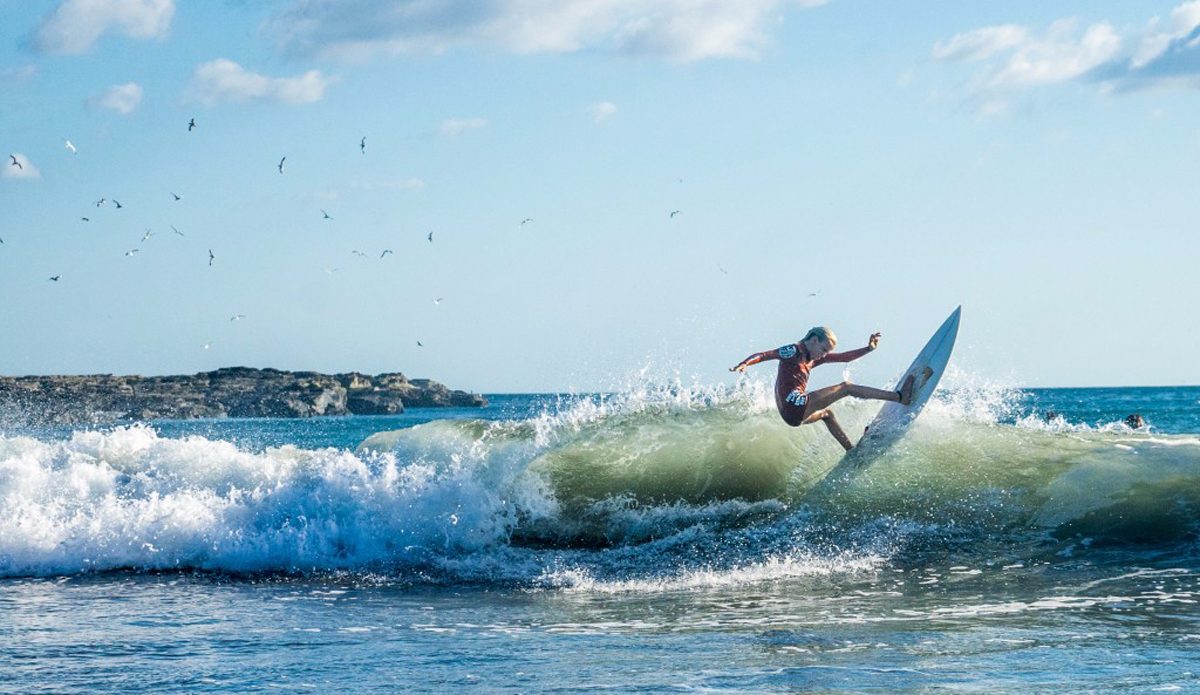 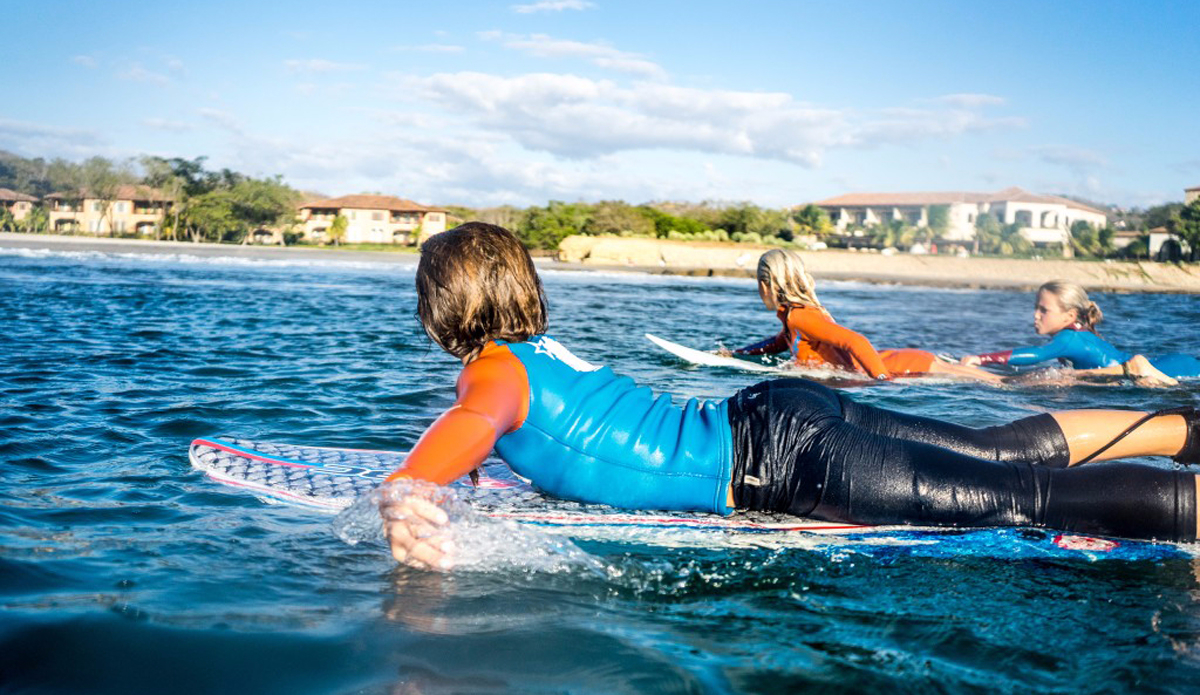 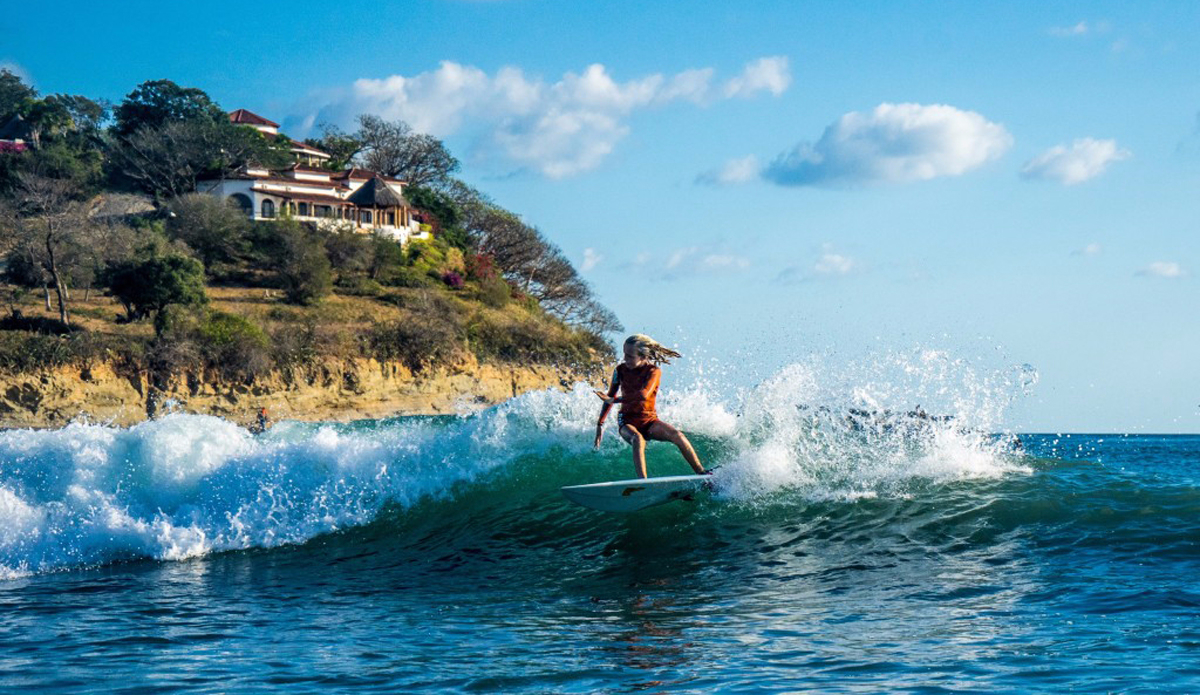 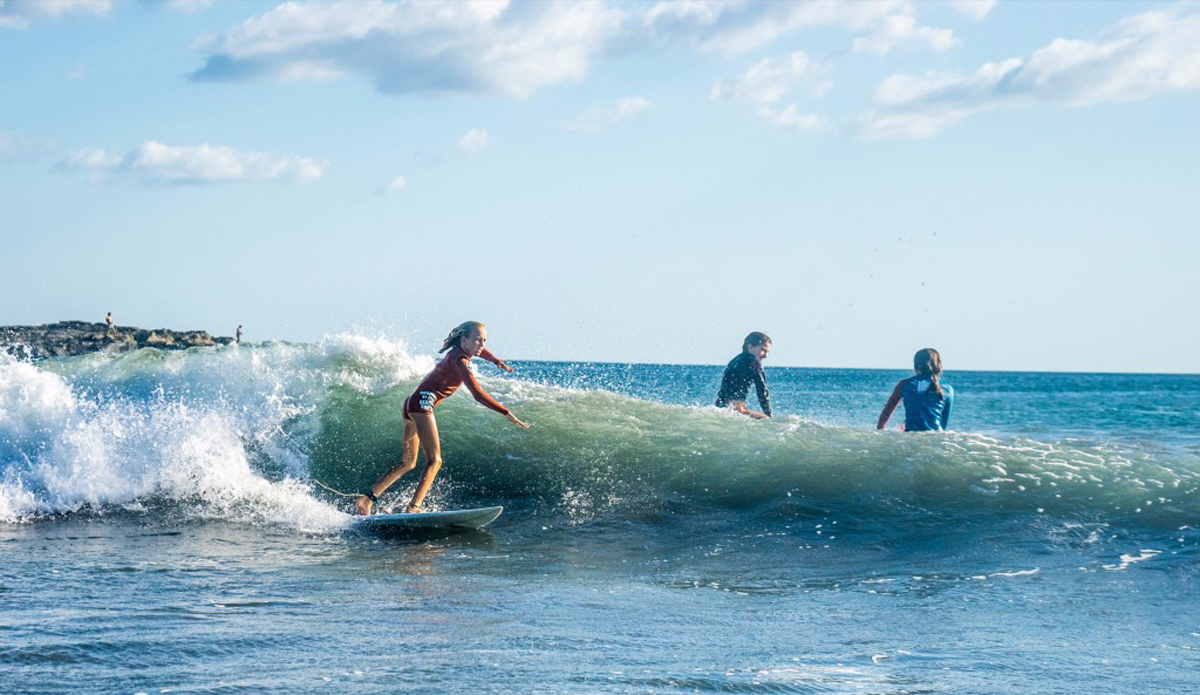 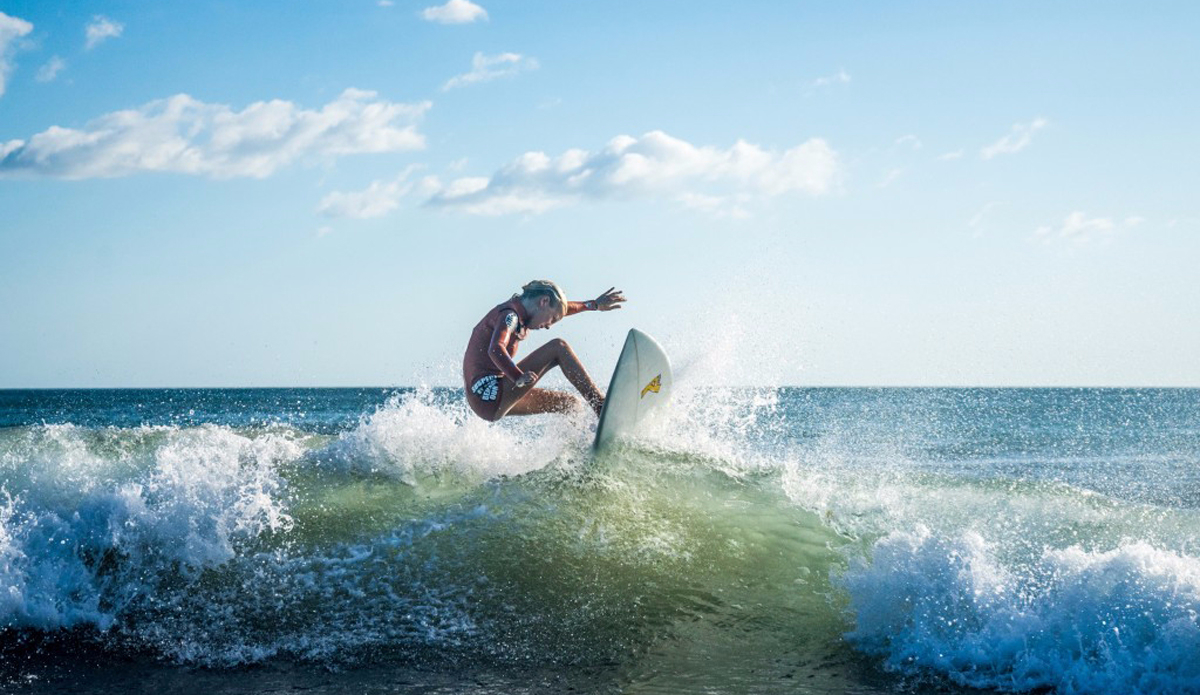 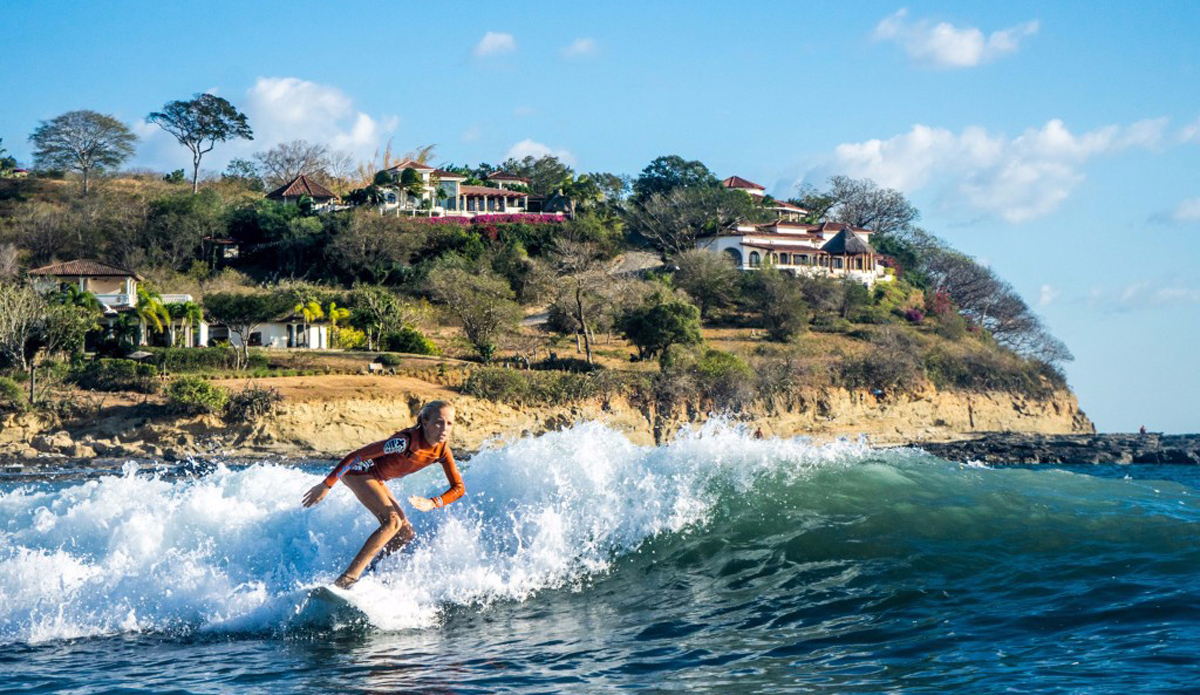 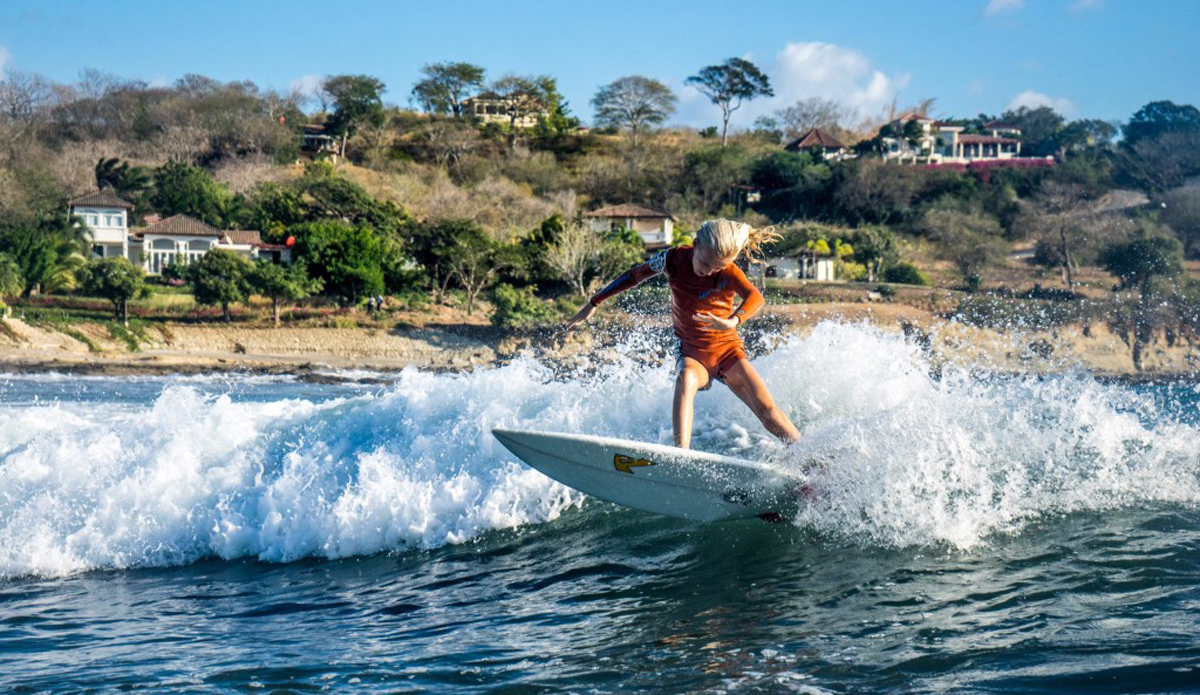 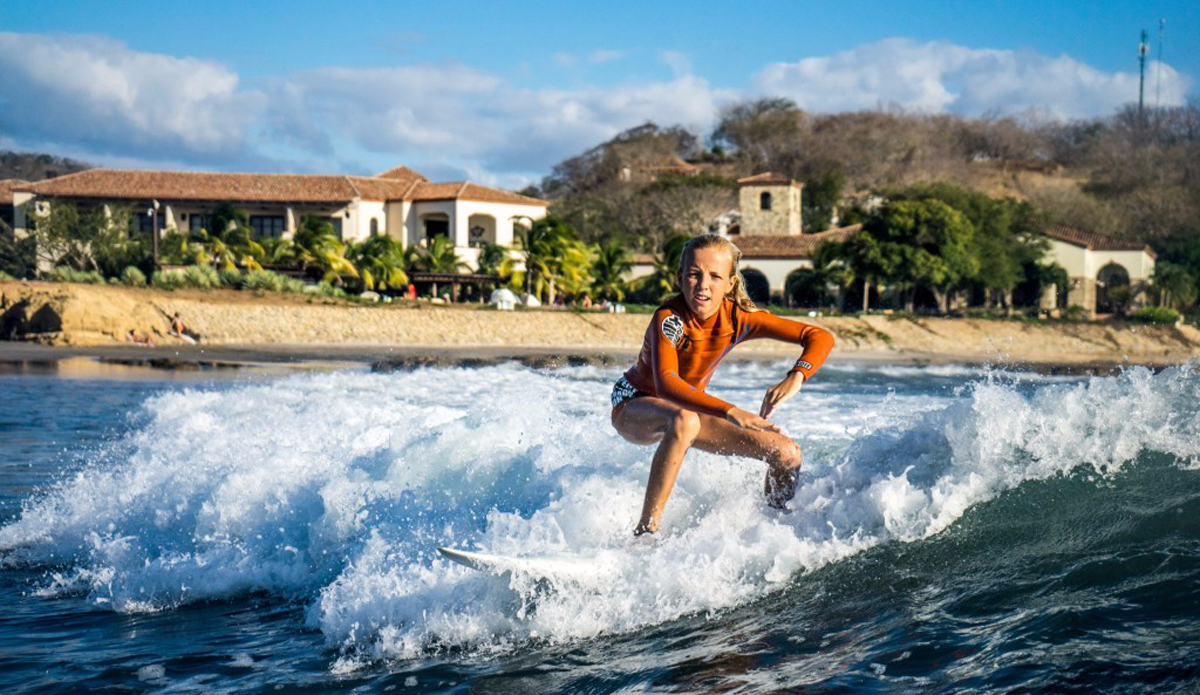 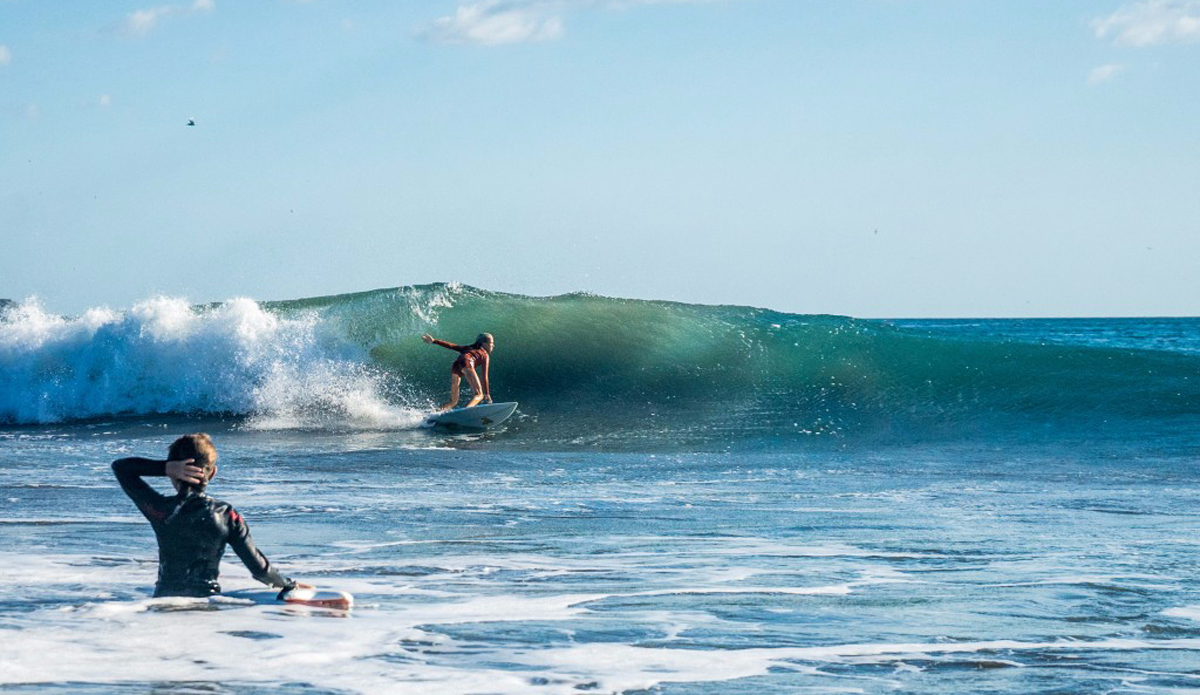 Just as the afternoon sun turned the beautiful Nicaraguan coast a glistening gold, I noticed a few young girls arriving to the beach, quickly running to the waves with their surfboards. One of them in particular stood out to me. She had a certain grit to her approach. Confident and controlled, she caught wave after wave. Who was this little girl? I was curious.

“Are you gonna go pro?” I asked the young girl. “I will try,” she responded, giggling modestly. I would later learn this blossoming young lady was Valentina Resano, daughter of big-wave surfer Manuel Resano.

Valentina lives in Popoyo, Nicaragua, where she surfs every day with her sisters and competes once a month. “I started to surf when I was really young, like one-year-old with my dad. He is strict, but a great teacher,” Valentina explained. “My sisters are doing pretty good in surfing. I have a seven-year-old sister Maxima, and a ten-year-old sister Candelaria. They usually don’t let me teach, they tell me to focus on myself. My sister Candelaria and I compete a lot. She has beat me a couple of times.”

In addition to her sisters, Valentina says that she looks up to professional surfer Carissa Moore. “She is the three-time world champion. She inspires me because she is strong and she reaches for her dreams.”

Valentina also took some time to vent a few of her frustrations with being a young, female surfer in Nicaragua. First, she usually surfs with guys who live there or other that come in search of waves. Not many young girls or women are seen in the water. “The waves down here are great,” she said. “But there are a lot of people, and the ones who come aren’t usually respectful. They drop in on me and act as if I were stupid and can’t surf. Also, the bad thing about living here is that there are no girls my age who surf competitively, so it’s hard to get motivated. Still, my best result is under sixteen Central American champion.”

The truth is, Valentina can surf. In fact, she can surf better than most of those who take her for just a little girl with a surfboard. Still, through life’s obstacles, she always maintains a humble and cheerful spirit. “I want to be professional surfer on tour and hopefully be world champion,” she ended. “For other girls, I would like to say to always do your best and to not let anything take you away from your dream.”