Conner Coffin really isn’t that different from you and me. Granted, he surfs better than any of us non pros. But we can all relate to his day-to-day life. When I got a hold of him to chat about his new film, he’d just gotten out of the water at the Huntington Beach Pier and was en-route to a friend’s house where he was spending a couple of nights before the US Open of Surfing festivities kicked off. A process that, as a frequent couch-crasher myself, I know quite well. 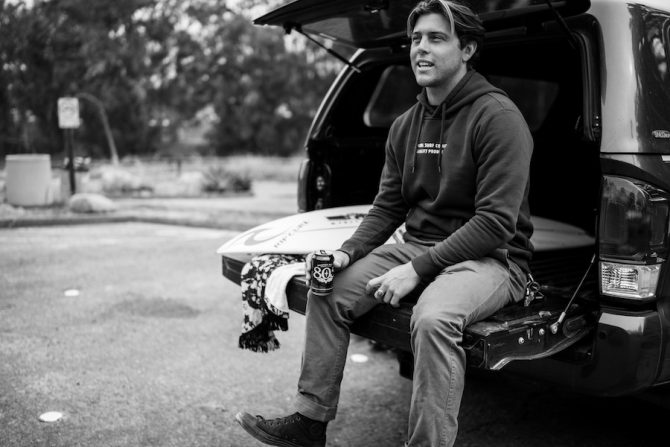 Conner was getting water time in to get re-acquainted with the break before the crowds descend. “The waves were actually pretty fun,” Conner noted, perhaps a bit optimistically. “Just getting down and getting my Huntington Hop on!”

Another part of the US Open of Surfing that’s sure to be extra special for Conner is the release of his new film, Mind Surfing, which premieres at the US Open on August 3, and will be available to watch online starting August 5. I got to chat with Conner about the film and his love for Santa Barbara. 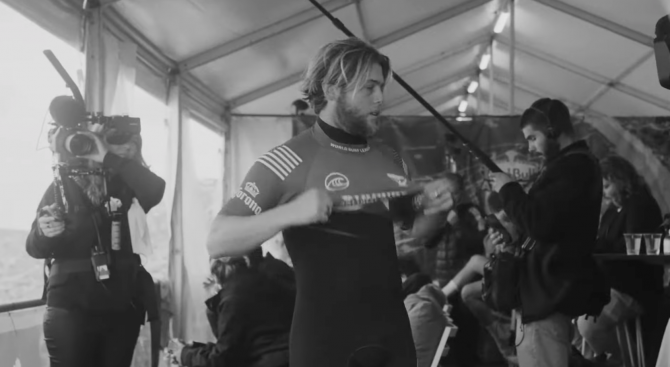 I’m interested to hear a little bit more behind the title, Mind Surfing. Where did you came up with that and what does it mean to you?

For sure. Well, in all honesty, Keith (Malloy) and his crew actually came up with it. And he says it was because Shane Dorian has a quote in the film, where he says that when he sees a right-hand wave, how he mind surfs it is how I actually surf the wave, which was obviously a huge compliment. But for me, the title resonates because since I was a kid, surfing has been an outlet for whatever feelings I have. On any given day, the lines I draw are just a direct expression of the way I’m feeling, and that’s a huge part of what I love about surfing, the creative expression it gives me.

How was it working with Keith?

He’s someone that I’ve looked up to my whole life. Growing up in the 805 and having him and Chris and Dan around was so inspiring. They’re as badass as it gets, they charge big waves, they’ve been in all Taylor Steele’s movies, and they’re a lot more than just surfers too. And I always looked up to and respected how solid of human beings they are. So they’ve really inspired me a lot since I was a kid.

To get to do a project with Keith and spend some quality time together was my favorite part about doing the film. He’s amazing at what he does, and the fact that he wanted to take this opportunity to make a film about me and tell my story, I was super honored. 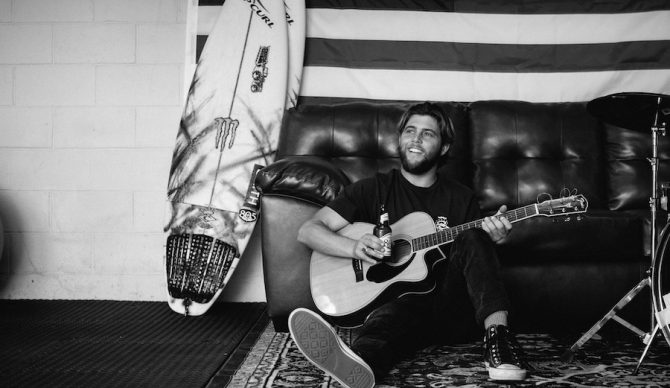 Conner, mixing up his surfing with his other favorite pastime. Photo: 805 Beer.

You’ve surfed a lot of different places in your life, and obviously you’ll be a little biased, but how does Central California compare? What about it makes you the surfer you are today?

I think that the biggest point in the film is that our area’s unique. Obviously, growing up at Rincon, I wouldn’t be the surfer that I am today without Rincon and all the surfers and the people that I got to grow up around, that took me surfing and that I got to watch. Tom Curren, Joe Curren, Chris Brown, Dane Reynolds, Bobby Martinez… The list goes on.

But another thing about growing up in Santa Barbara, is that it wasn’t really cool to be a pro surfer. Just because of the surf culture being what it is, and the fact that we do have so many good waves, and a lot of people are stoked and passionate about living here, myself included. So you have to navigate that local crowd to get waves and make sure that you’re welcomed and respected in the community and the lineups without, you know, blowing the place up or pissing people off. 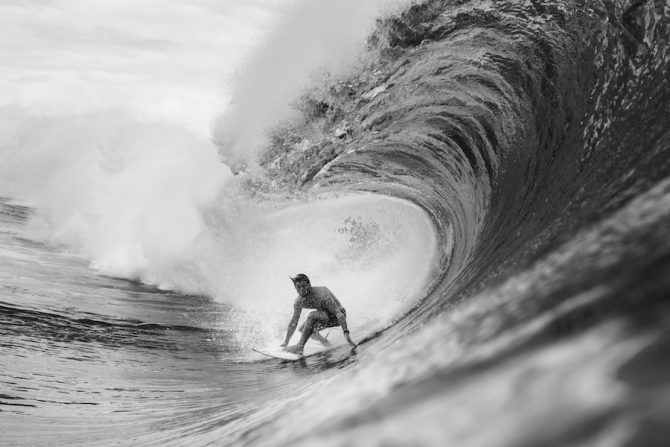 That’s challenging at times, but I think it gave me a certain respect for the people that had paved the way. And I’ve been able to take that to places like Hawaii, where that attitude has been really beneficial. There’s a certain sense of humility that comes from growing up in a place where people don’t really care if you’re some hotshot winning surf contests, and that’s played a big part in who I am as a surfer.

Last question… Where were you for Code Red 2?

I was actually in Italy! Trying not to look at Instagram, haha. You win some, you lose some, but it was a good trade off for sure (Conner spent that time in Italy “putting a ring on it,” so to speak as he popped the question to his then-girlfriend, now-fiancée, Sierra).