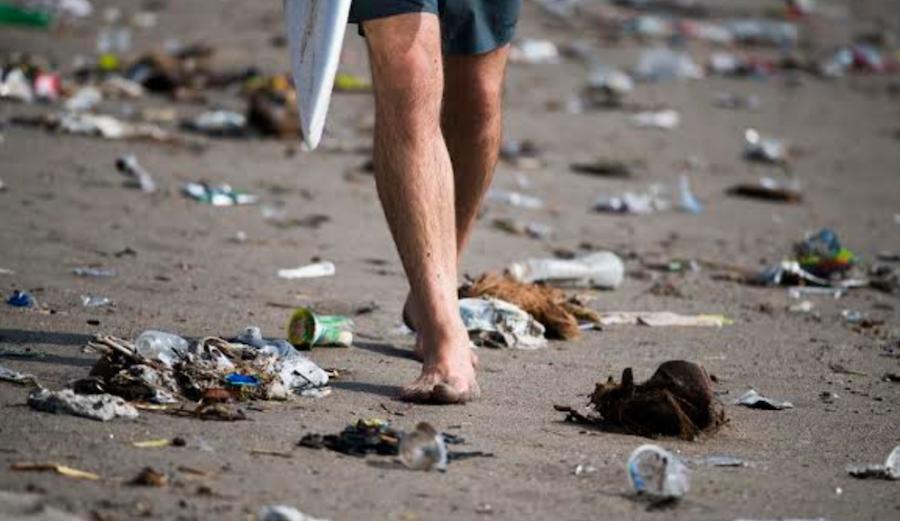 Corona has renamed the Bali Pro to the Bali Protected to raise awareness about plastic pollution. Photo: WSL

Next stop for the World Surf League Championship Tour: Bali. The Indonesian island has held a special place in the surf travel mythos at least since Morning of the Earth. It was then an actual manifestation of the traveling surfer’s dream – perfect waves, warm water, and not a soul in the lineup.

By now, that promise is long gone. The uncrowded bit at least. And alongside Bali’s surge in popularity over the years as a mainstream tourist destination, a problem has arisen. The once pristine beaches where blue water laps the shoreline are now riddled with styrofoam cups, plastic water bottles, and the like. The dichotomy is striking – where palm trees sway in the trade wind breeze, and the ocean temperature never leaps too far above or below that of a bathtub, tides of plastic debris often cover beaches or create floating islands of trash in the ocean. Yikes.

Back to the WSL. Among the numerous changes the League and its fearless leader Sophie G have made to this year’s tour, one has been met with unanimous praise: the decision to bring Keramas back as a CT stop.

In an effort to raise awareness about the plastic pollution plaguing not just Bali but the rest of Indonesia and beyond, Corona announced today a name change from the “Corona Bali Pro” to the “Corona Bali Protected.” The move is part of Corona’s continued partnership with international environmental non-profit Parley for the Oceans to rid 100 islands around the world from marine plastic pollution by 2020.

“This name change is aimed at sounding the alarm on one of the biggest threats to the survival of the world’s oceans: marine plastic pollution,” reads the press release announcing the change. “It stands for the vision of turning Bali into a pilot project, a blueprint for solving this global environmental issue by implementing the Parley AIR Strategy.”

How is a simple name change going to lead to less plastic pollution? We’re glad you asked. Together, the WSL, Corona, and Parley will be focusing on a handful of initiatives on-site at the contest to further raise awareness and take action against plastic pollution. These include beach cleanups, an “immersive experience” whatever that means, inspirational and educational Parley Talks with their ambassadors, and more. Plus the whole event is plastic free.