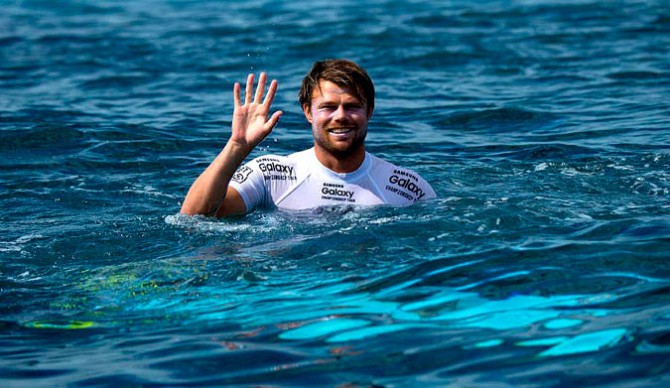 Arguably the most exciting and dynamic surfer in the world, and one people love to watch compete, Dane Reynolds, has accepted an invitation to surf in the 2018 edition of the Cell C Goodwave surfing tournament at New Pier in Durban, South Africa.

“It’s very exciting to be invited to surf in the Cell C Goodwave event in Durban,” Reynolds says. “I love coming to South Africa, and New Pier is such a world-class wave. To score it firing for a contest is going to be an amazing experience.”

A slot became available when Mikey February was awarded a position on the World Surf League’s Championship Tour as a result of Mick Fanning retiring, and as a CT surfer, February became ineligible to surf the Cell C Goodwave and had to withdraw. The tournament is a WSL Specialty Event.

“We’re incredibly stoked to have Dane onboard for this event,” said Cell C Goodwave event organizer Jason Ribbink. ” Dane is recognized globally as one of the most innovative and popular surfers of our time, and his addition breaks new ground for the event. Dane’s influence can be seen everywhere in modern day surfing, and it’s going to be amazing to have him around and competing in the tournament.”

For certain, it’s a giant win for the relatively unknown contest, which is a one-day event, with four-man heats and a sudden death format. It has a one-year waiting period (yeah, you read that right, so don’t get too excited) and will be run on the best surfing day of the year at New Pier, with the call being made on the advice of local forecasting experts.

You can find out more about the contest, here.

Editor’s Note: This is a preliminary invite to the event that has a year-long waiting period.