Dear Gabriel Medina, Use Your Voice and Influence to Encourage Saving the Amazon 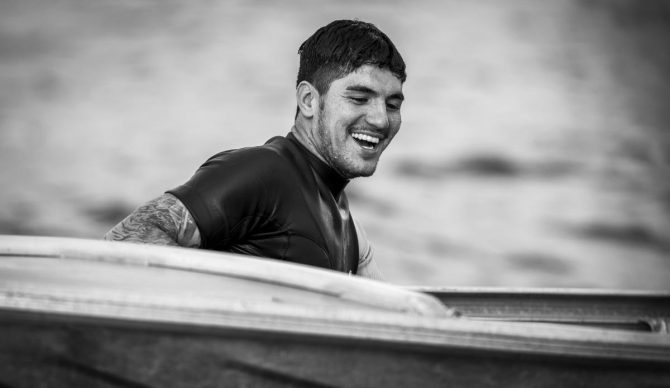 Gabriel Medina could learn something from Tom Carroll. As you read this, the world’s largest biodiversity hotspot is burning at an alarming rate. Earlier this week at the G7, the leaders of the most economically advanced nations in the world offered an aid package of $22 million to help combat the blaze that is destroying the Amazon right now. The abhorrent disgrace of a man that is Jair Bolsonaro, the Brazilian President, turned down the offer.

Why? He believes climate change is a hoax and that the Amazon is worthless unless it’s torn down to make room for monoculture, mining, massive energy projects, and cattle farming. This is patently absurd.

Bolsonaro rejected the aid partially because he was offended by Emmanuel Macron’s claims that he is a liar for saying that he was committed to fighting climate change. His behavior is more akin to that of a spoiled child than a statesman. Remind you of any other global leaders?

What does any of this have to do with surfing? Well, the only force on our planet that consumes more carbon and releases more oxygen is our beloved oceans. As surfers, we are constantly standing up for the health and safety of big blue and the time is now to do the same for big green. There is one surfer in particular that I am looking at, Gabriel Medina.

Back in 1985, Tom Carroll was ranked Number 1 in the world and in position for his third world title. He boycotted surfing in South Africa that year to protest apartheid, ultimately forfeiting a title. While it was an unpopular decision to some at the time, it’s since been remembered as a monumental moment in the history of the sport. There was no social media back in the eighties, and the ripples of Tom’s decision were mostly contained to the still obscure world of surfing. We are still talking about it today.

Jair Bolsonaro is immensely concerned with public opinion, and he only started to acknowledge and discuss the fires in the Amazon after the international community went, well, up in flames. The global response was partially due to Instagram, thanks to users sharing and reposting scenes and stories of the destruction. After weeks of relative silence, the mainstream media followed suit, and Bolsonaro finally had to speak up.

Medina has a unique opportunity to disrupt this madness. In the midst of another title hunt himself, he also has the largest social media following of any other surfer on tour with 7.9 million on Instagram alone. In Brazil, he is nothing short of a national hero, and what’s not to love? He is a God-loving athletic phenomenon who is good looking to boot.

A boycott wouldn’t necessarily make sense in this scenario but that doesn’t mean he can’t act (or speak up). I’m sure you are a smart guy, Gabriel, and could figure something out but I’ll tell you my idea anyway. It’s quite simple and boils down into one word: flex.

Flex your muscle in every way you can. Flex your huge social media muscles and help spread information and voice your disapproval. Flex your huge sponsor muscles and create a fund to assist those who have lost their homes. Flex your network muscle and round up other notable Brazilians to get behind you. Gisele and Caetono Veloso have spoken up, but what about your buddy Neymar? Flex your surf muscle and rally the WSL community to get behind you and stand for the ocean’s best friend: the rainforest.

Lastly, flex your spiritual muscle and tell people that this is blasphemy.

Gabby, from one Brazilian to another, I beg you to flex on this nonsense.

Editor’s Note: Opinions expressed by contributors are their own.