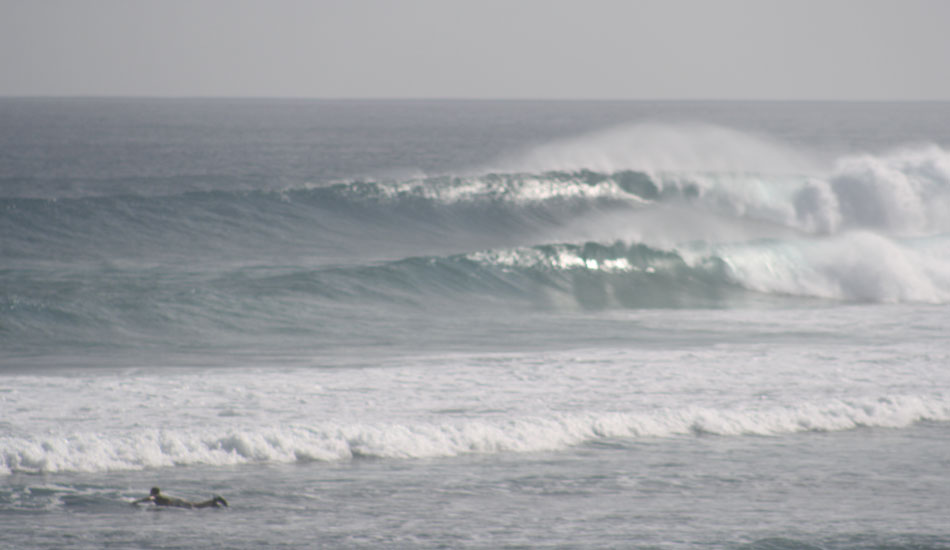 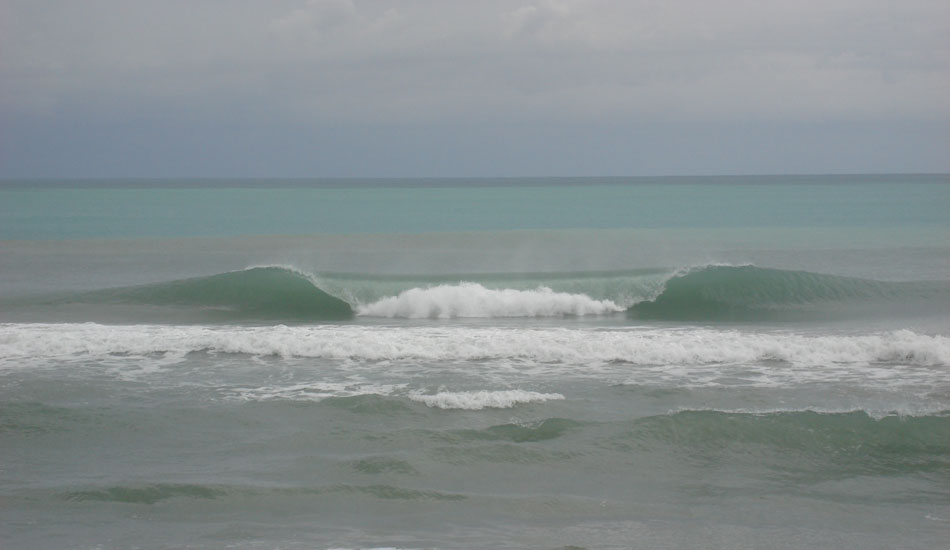 A-framing beach break. This place offers endless dry tubes when it's on. 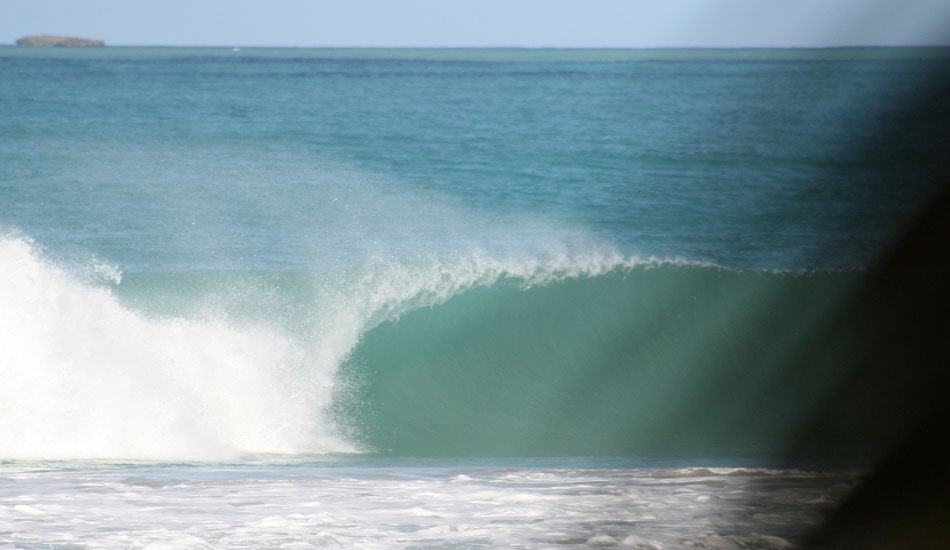 Side-Offshore, open walls... this spot was worth the extra effort. 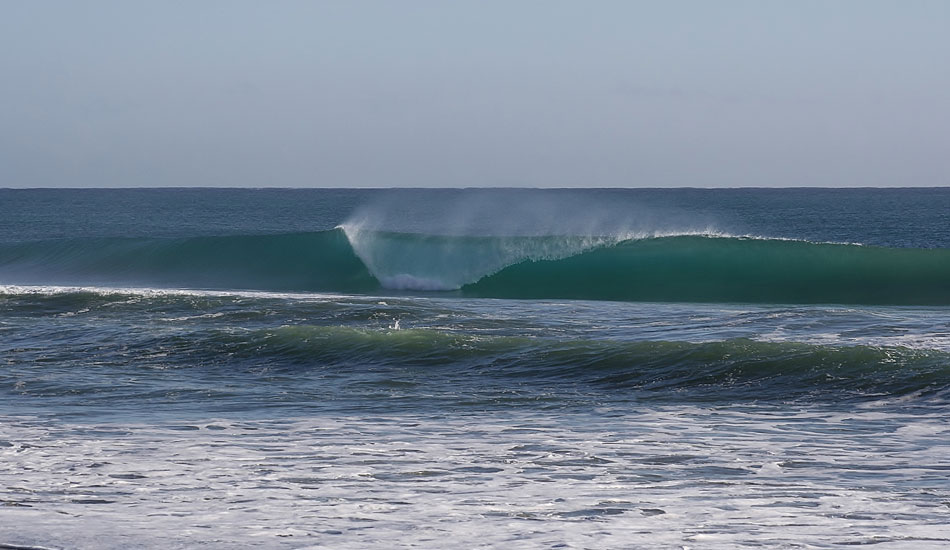 This is one of those spots that people don't check that often. But some of us do. 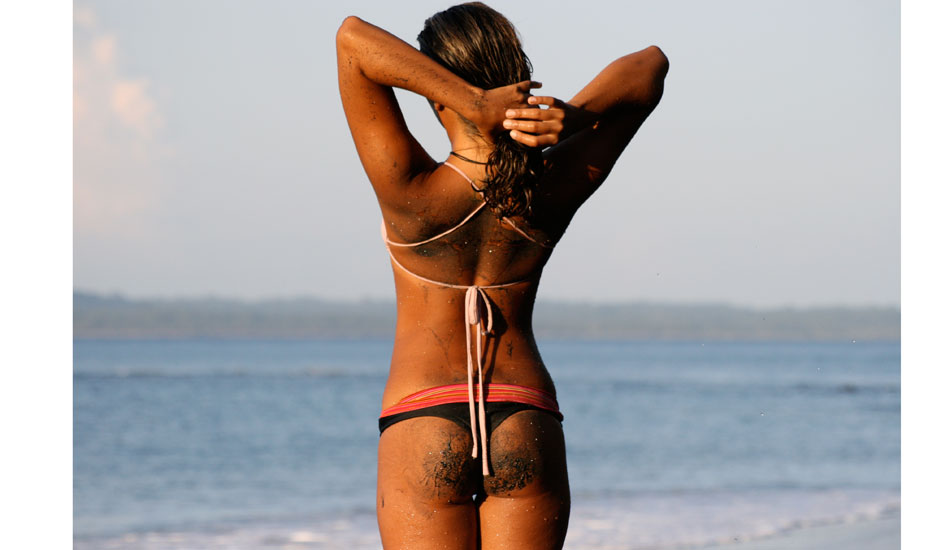 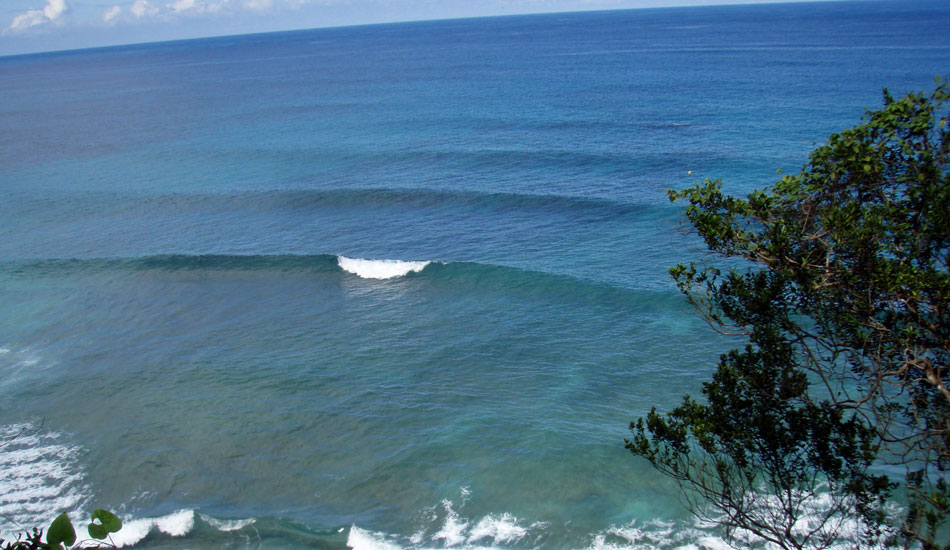 La Preciosa is always bigger, better, and more dangerous than it looks from the cliffs. 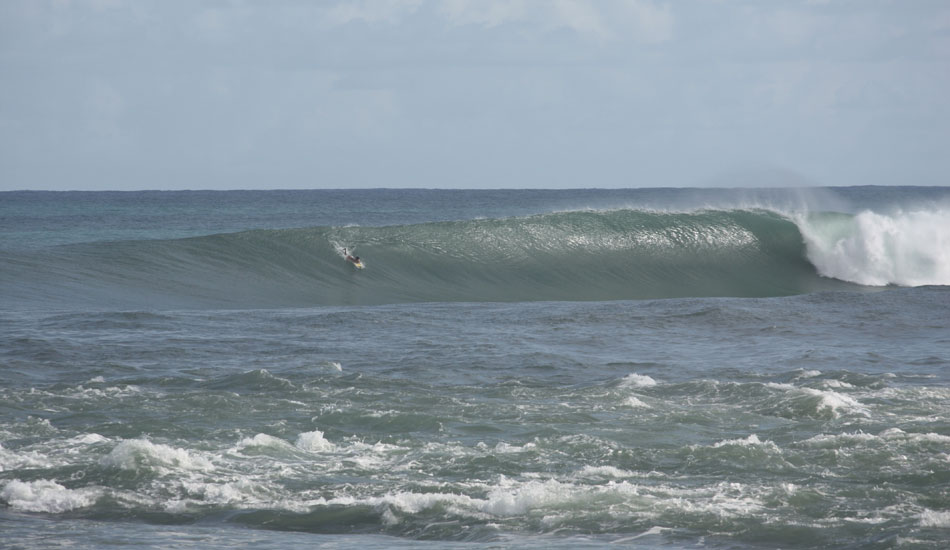 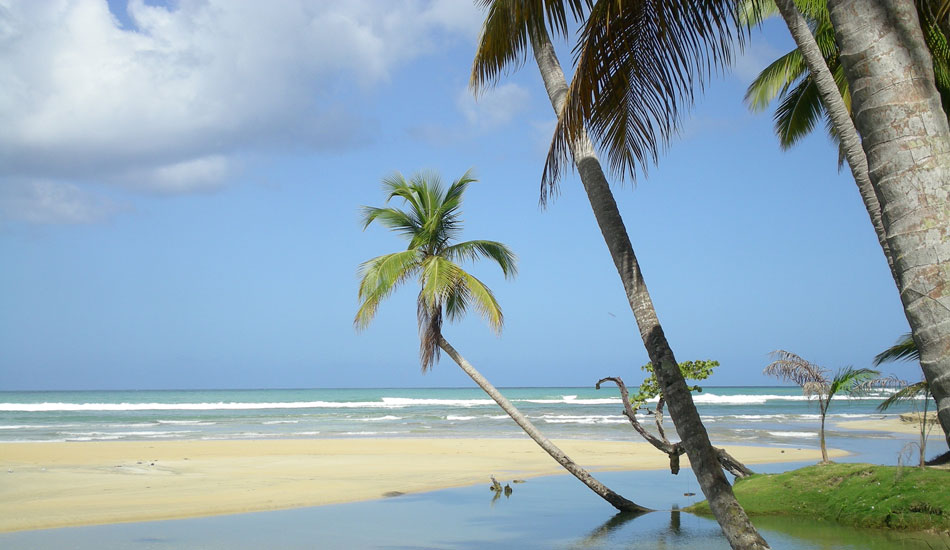 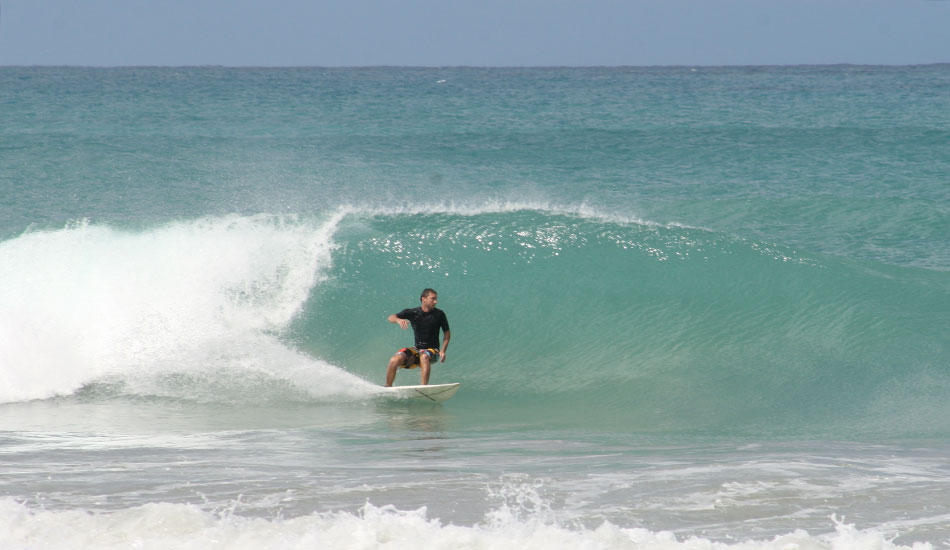 Bryan Pohlman on a small but fun day at the beach break. 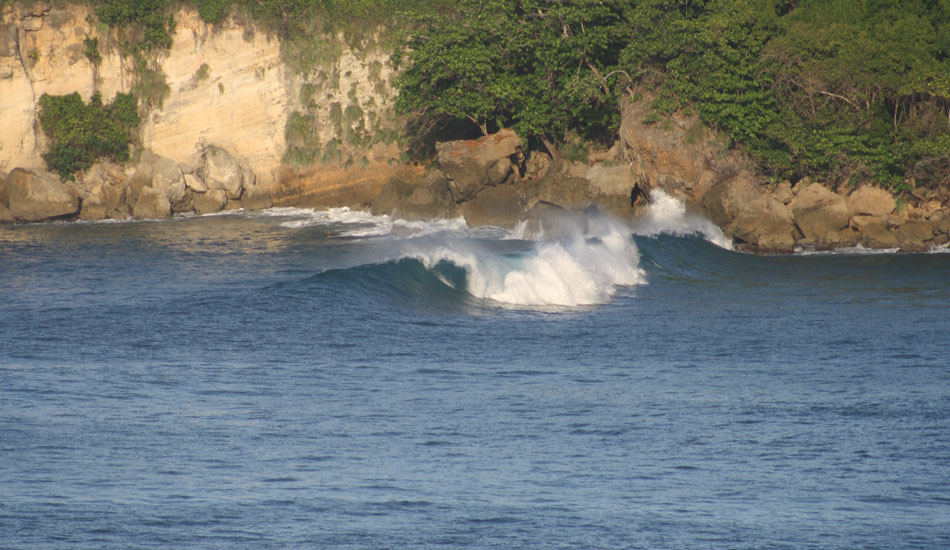 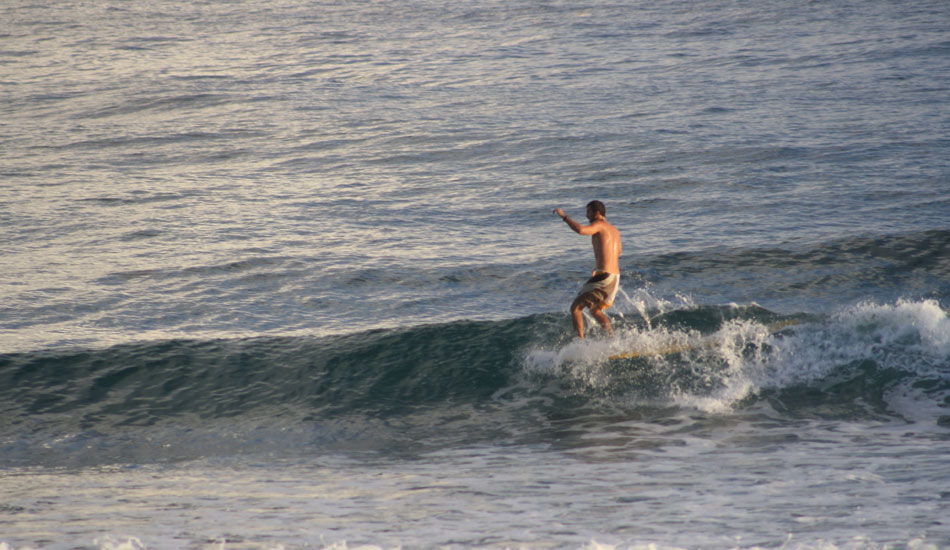 Bryan Pohlman finding some trim at an Encuentro dawn patrol. 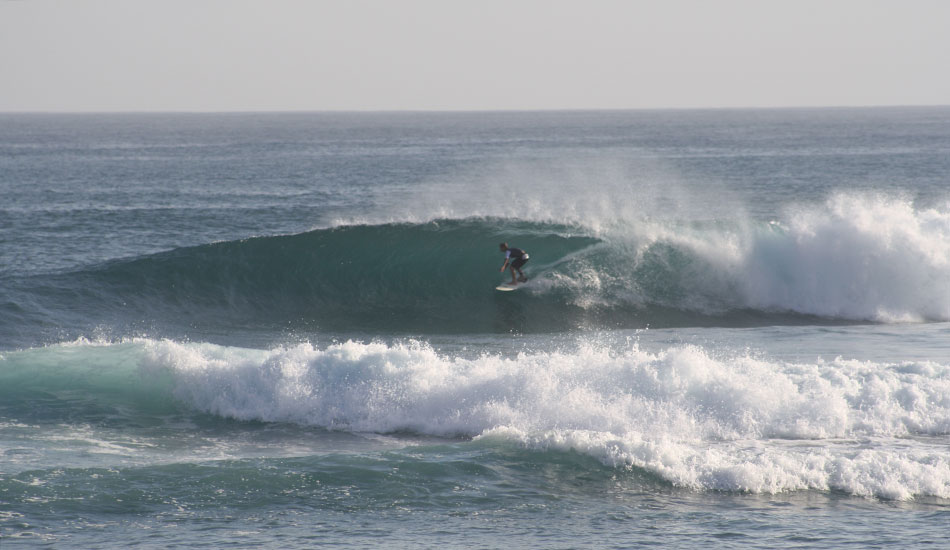 Bringing in the New Year at Playa Encuentro. 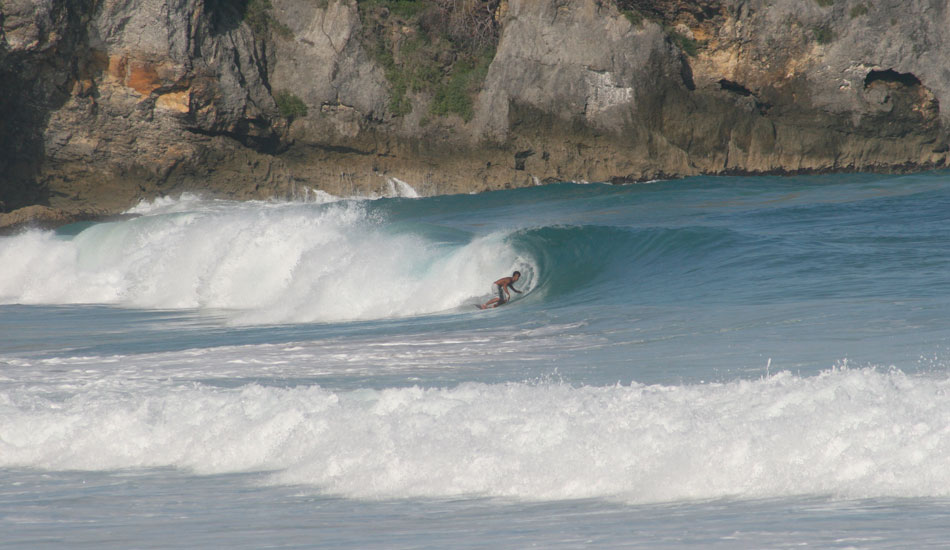 Dredging at La Punta. A great place to snap your stick. 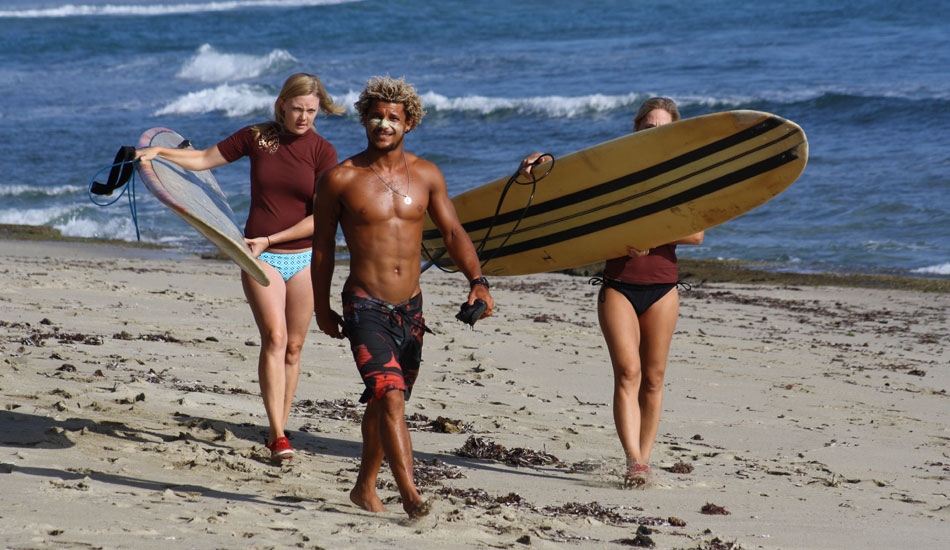 Forget what you know about all those tiny little islands in the Caribbean. The Dominican Republic is big – very big. Due to its sheer size, the D.R. is unique in the region because it has a land mass large enough to change or block the easterly trade winds, creating better and more consistent surf than most other areas in the Caribbean Basin.

In fact, Hispaniola is the 22nd largest island in the world and Pico Duarte, the highest peak in all the Caribbean islands, stands over 10,100ft high. The island has five major mountain ranges and, not unlike the Hawaiian Islands, the land is hotter and drier in the south/west and a lush tropical paradise in the north and eastern shores.

Also similar to Hawaii, the northern part of the D.R. sees the biggest surf from mid-October through mid-April. That is when Atlantic winter swells pound the rugged Dominican coastline, miles of which are still undeveloped and fringed with reefs and sand bars, just waiting for winter swells to arrive and unload their power. Steep cliffs and rocky headlands protect many lineups from the afternoon trade winds, while coastal hills and canyons create light morning offshore breezes at select spots.

It’s a true tropical surf paradise. With a multitude of reefs facing various directions, the opportunities for waves seem endless. Crystal clear water and a backdrop of jungles, rock cliffs, lush mountains and empty beaches make the surf session as memorable as the waves themselves.

With well over 100 miles of exposure to the North Atlantic, waves that range from 5 – 15ft+ are produced. And when the surf comes up, there are more waves breaking than surfers to ride them.

There is a vibrant local surf scene, but due to poverty, high fuel prices, and undeveloped roads, everyone seems satisfied to surf at the conveniently accessible main beach, Playa Encuentro (where many locals also earn a living on the beach). Playa Encuentro is a very consistent spot, but that still leaves most of the area’s wave potential almost completely untapped.

While Puerto Plata International airport is less than a two hour flight from Miami and just over four from New York, the D.R. remains a hidden treasure full of surf.

One of the main reasons for this is that surfing spots other than Playa Encuentro can be a challenge. For those unfamiliar with the language and coastal contours that make or break a great surf session, finding the right place to be at the right time can be difficult. However, it can also be extremely rewarding for those that have the means and knowledge to seek better waves with nobody else in the water.

As with any surf trip, it is wise to be prepared for both large and small waves, but it is the lack of crowds, variety of quality surf, clear warm water, friendly people and feeling of adventure that keeps me coming back each season.

It’s an adventure where each day is dictated by the ocean’s mood. We surf new spots each trip, we scuba dive, stand-up paddle, climb waterfalls, snooze in hammocks or party all night in the nearby town of Cabarete.

The D.R. is big, and there is still plenty of room for surfers to explore, engage and enjoy whatever treasures the ocean reveals.