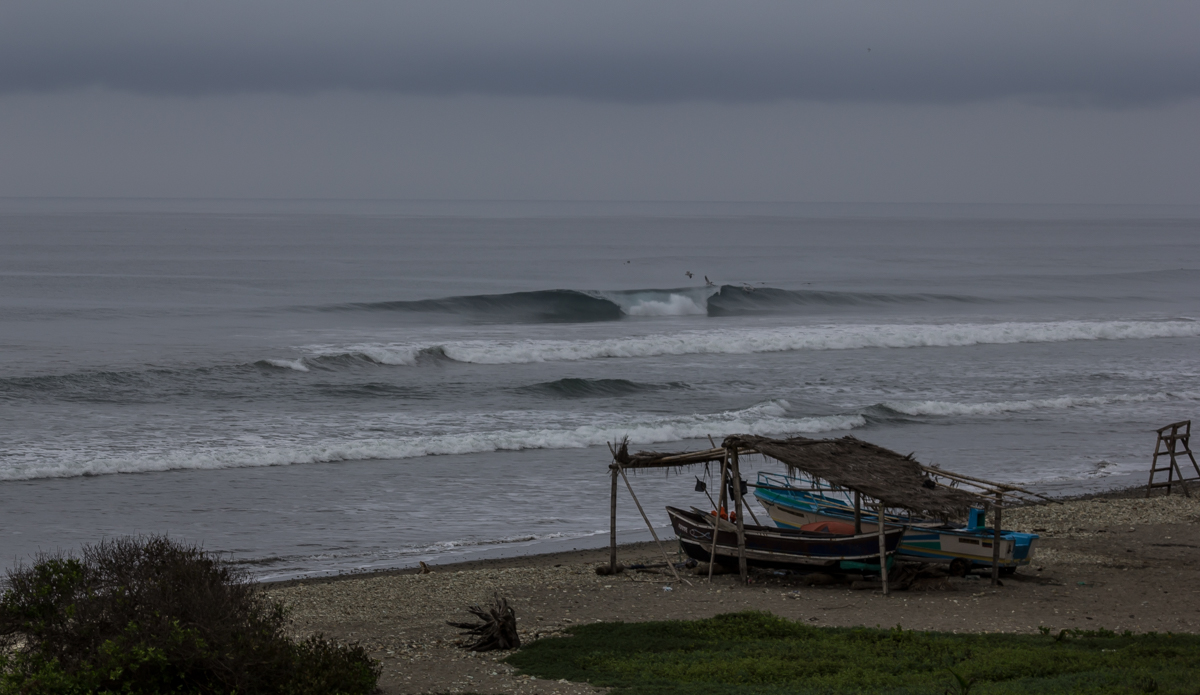 An empty a-frae sneaks by during a north swell. Photo: Dave Sieczkiewicz 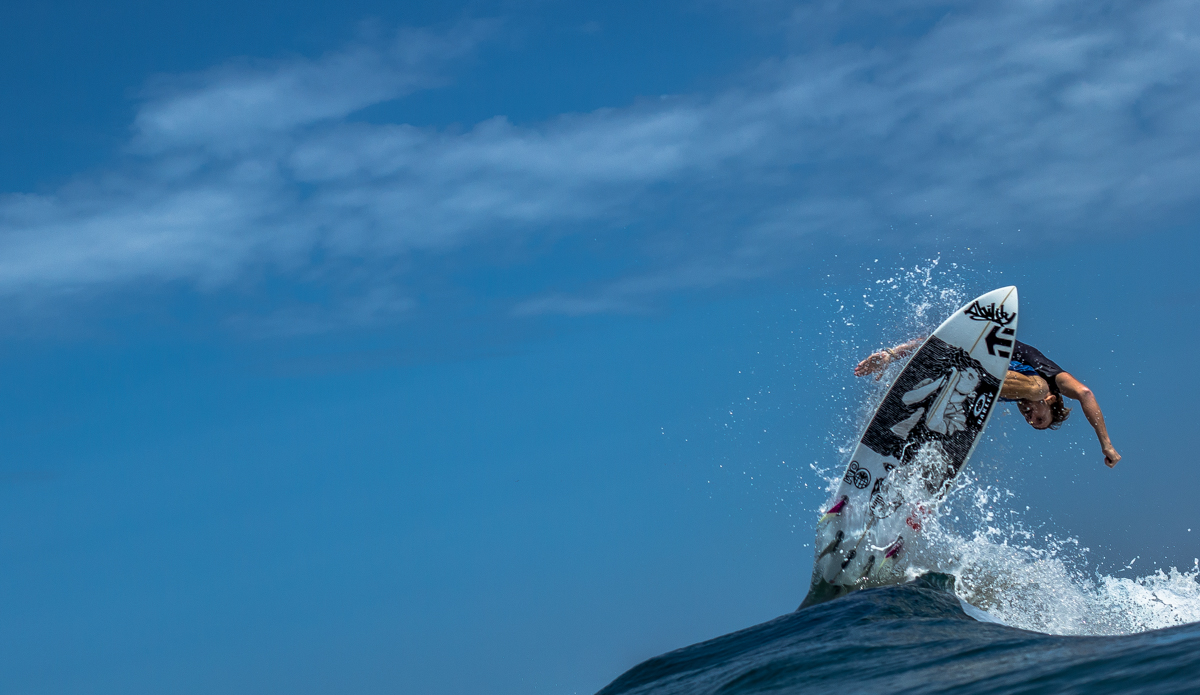 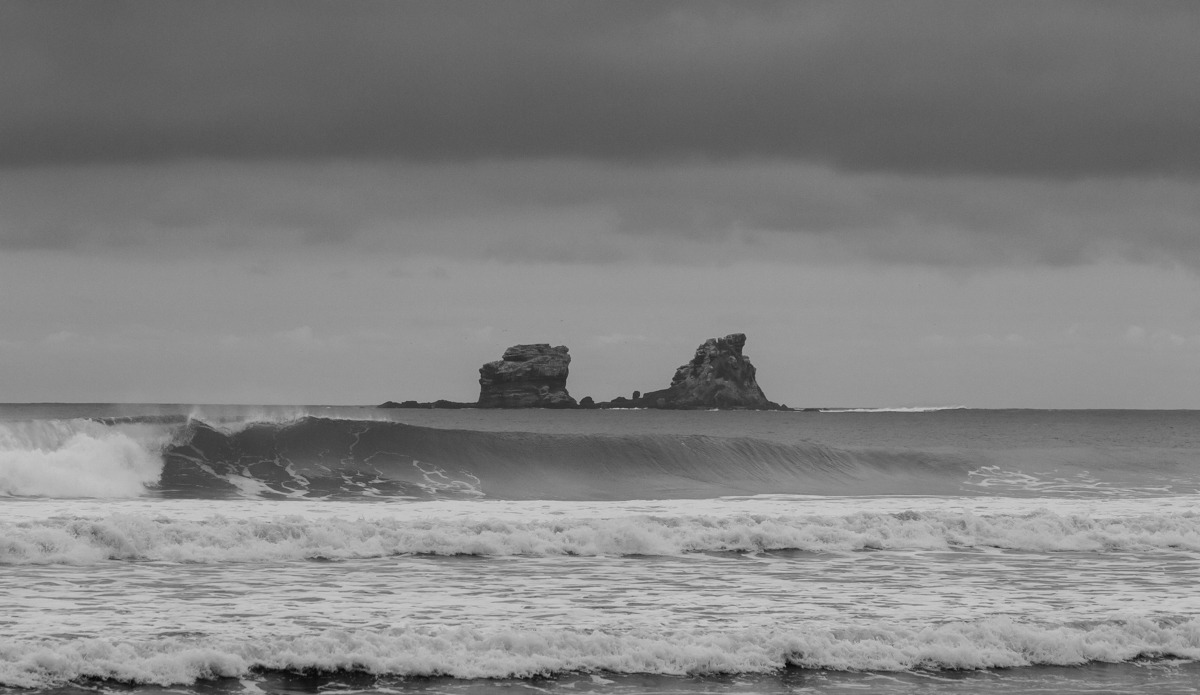 A lonesome left during a south swell. Photo: Dave Sieczkiewicz 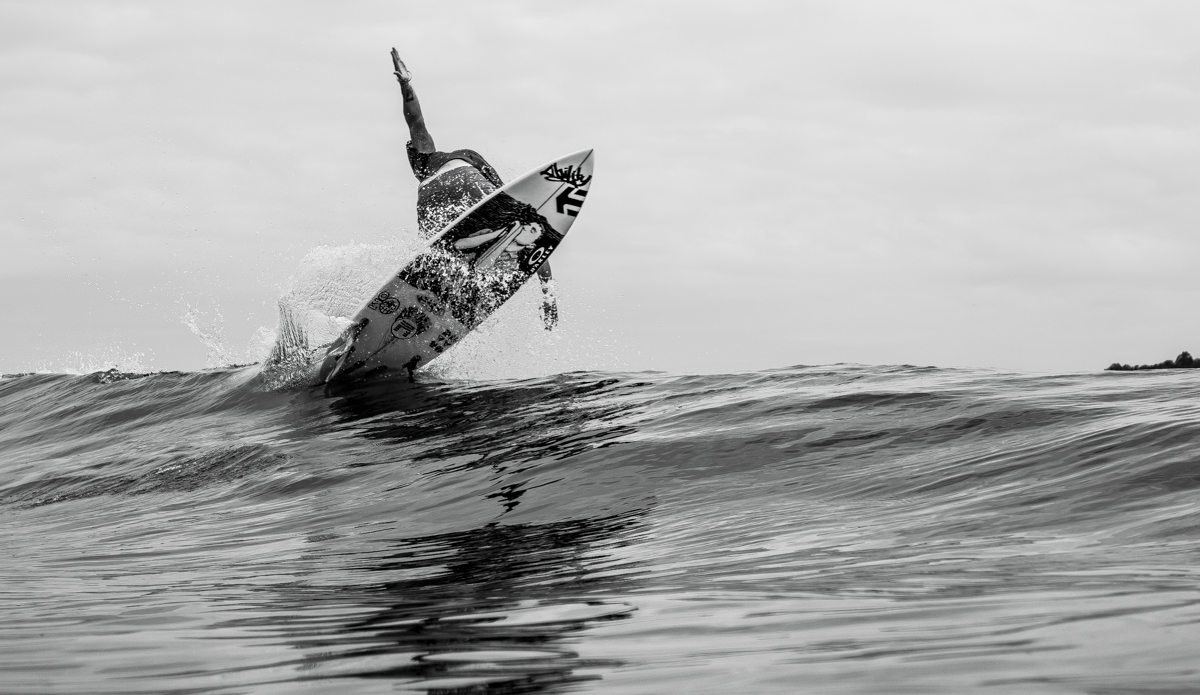 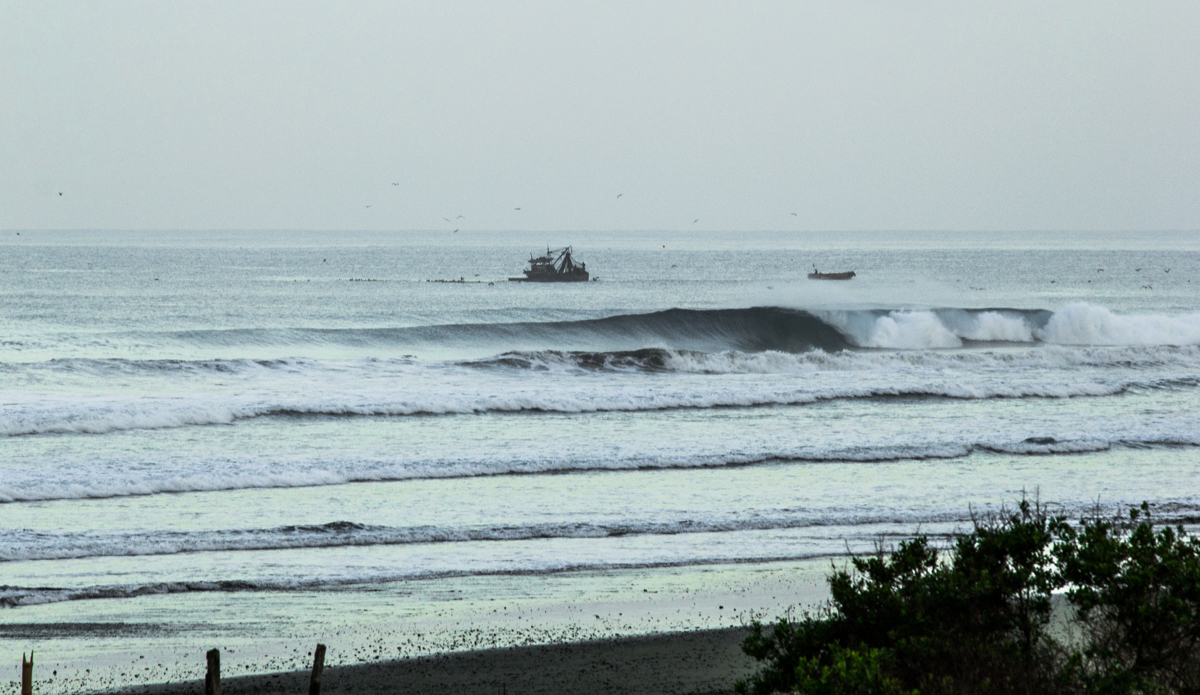 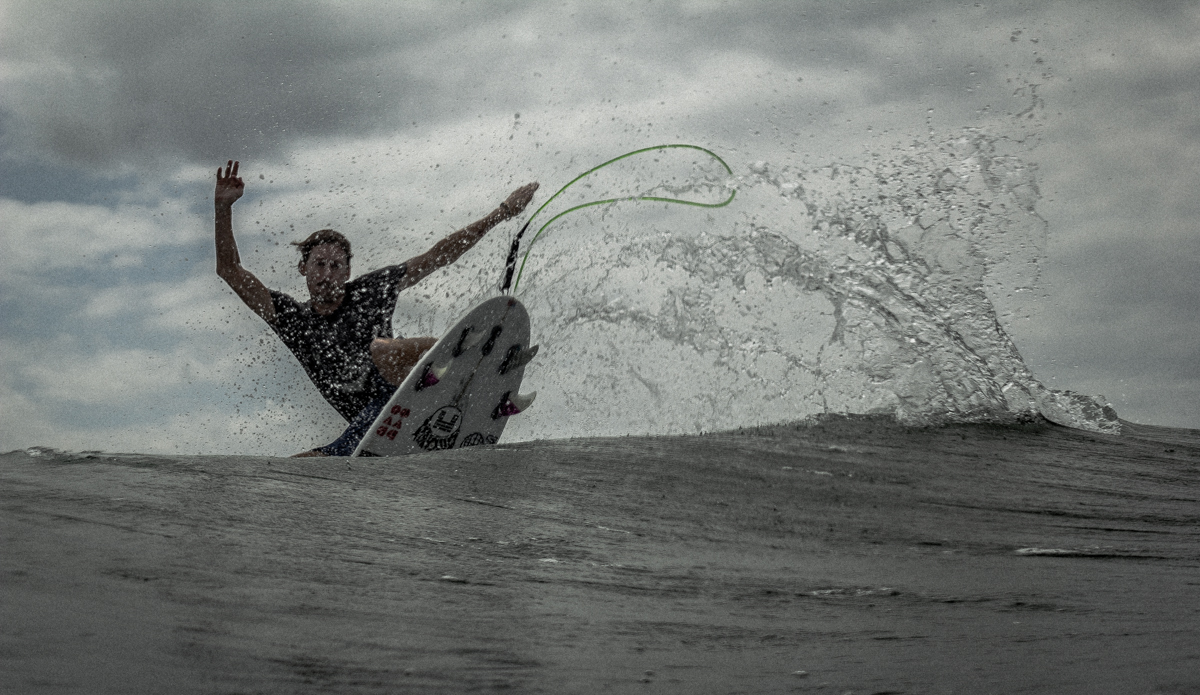 I met Jeff Myers on a trip the year before. Here he is going fins out. Photo: Dave Sieczkiewicz 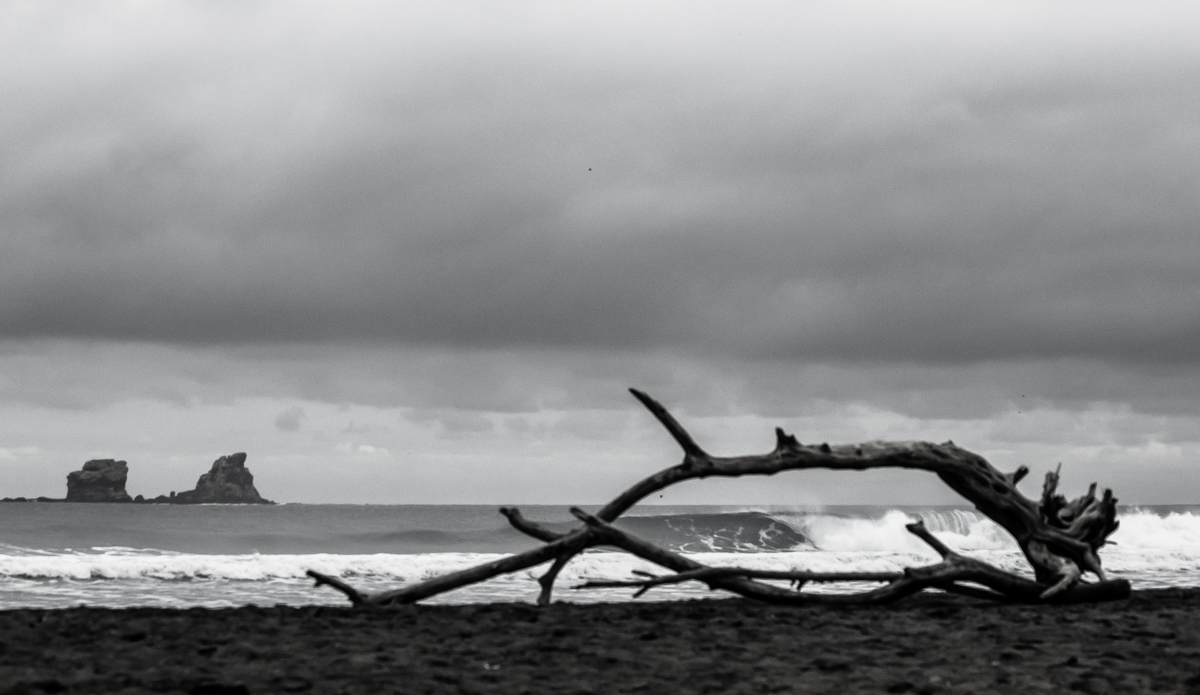 Sneaking through the peephole on a south swell. Photo: Dave Sieczkiewicz 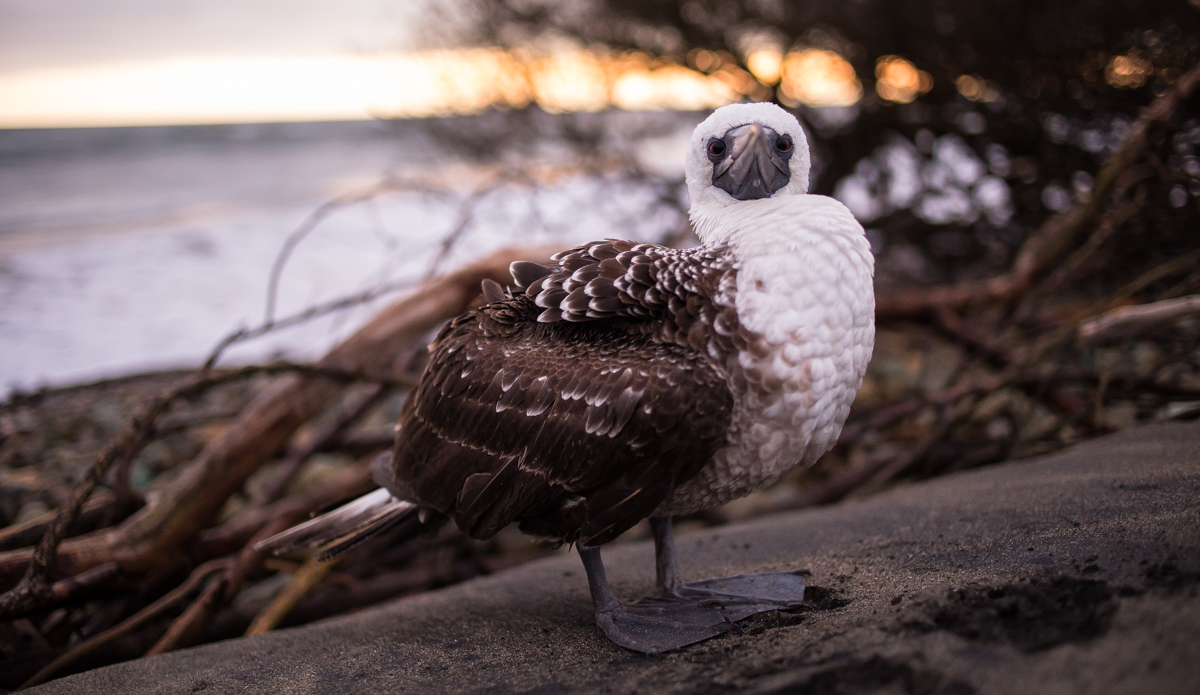 Getting the stink eye from the local wildlife. Photo: Dave Sieczkiewicz 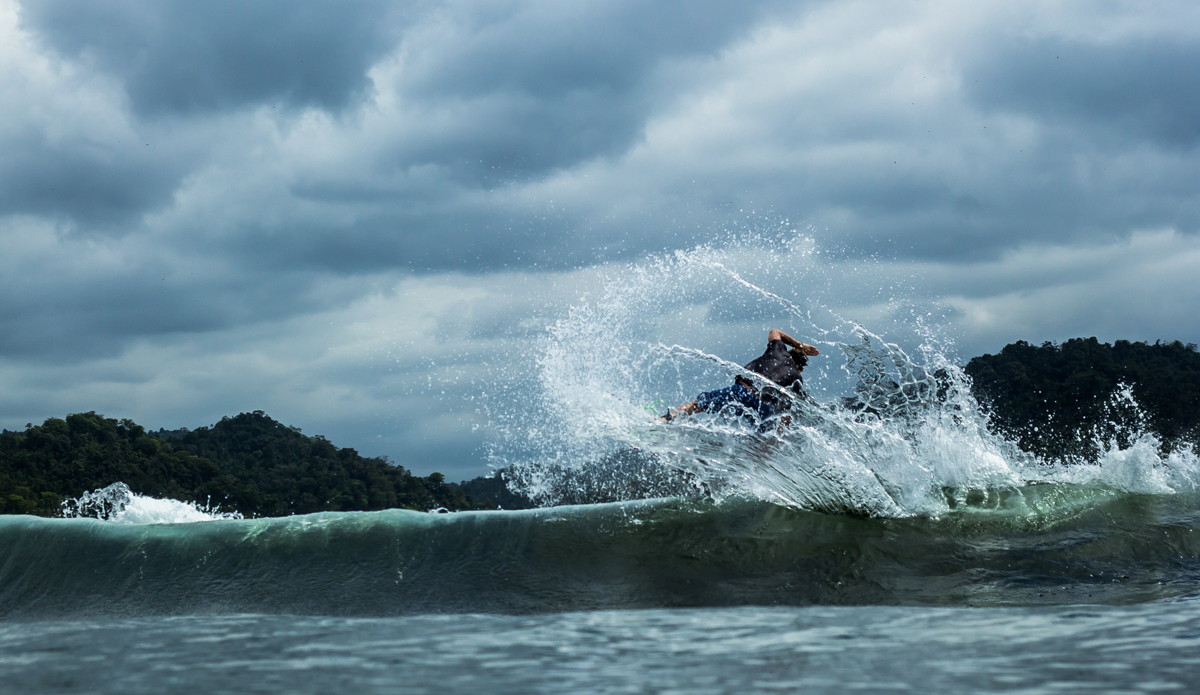 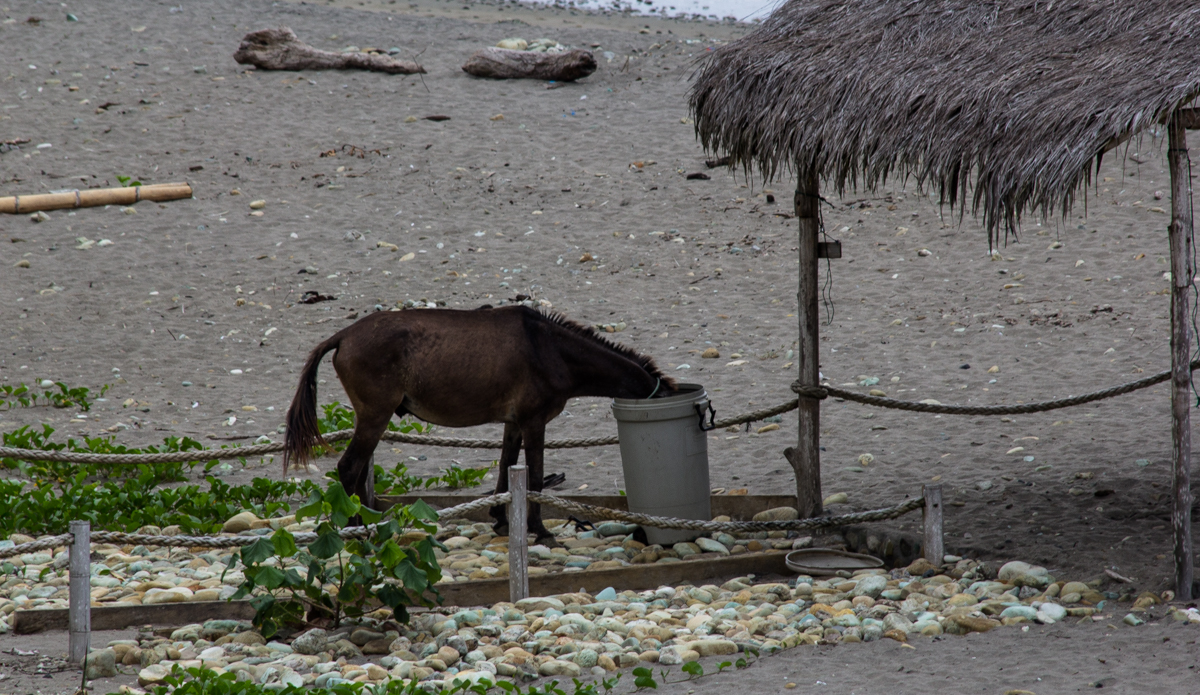 Go too hard while living it up in the party town of Montinita, and this could be you. Photo: Dave Sieczkiewicz 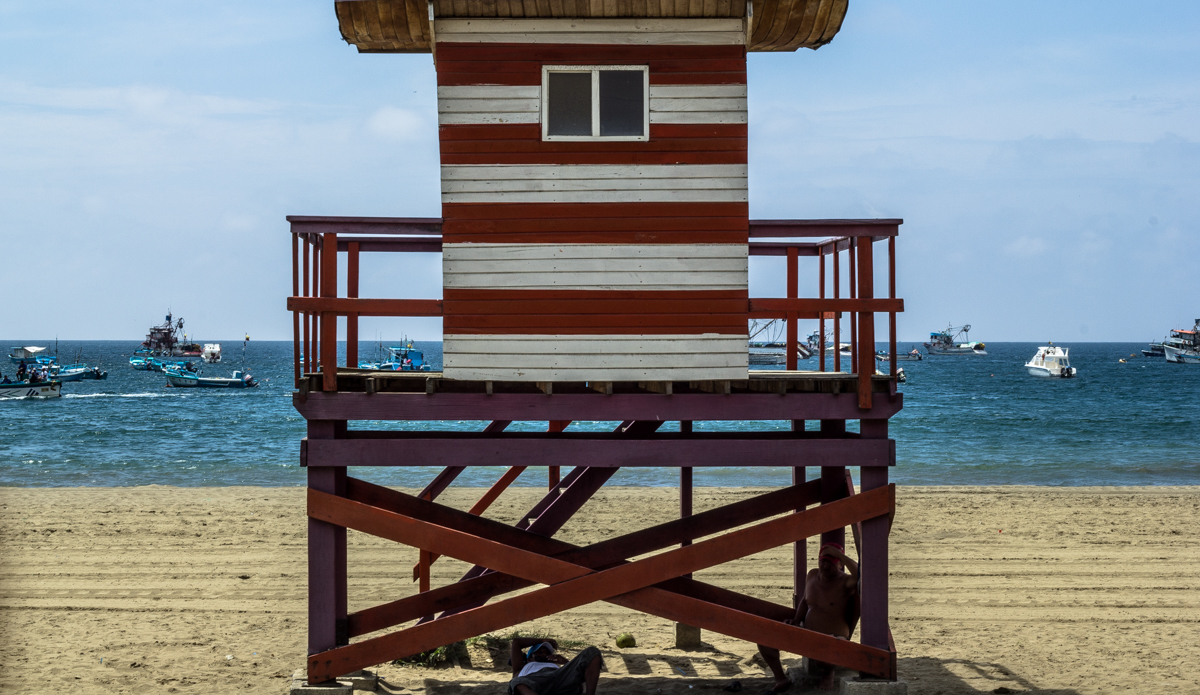 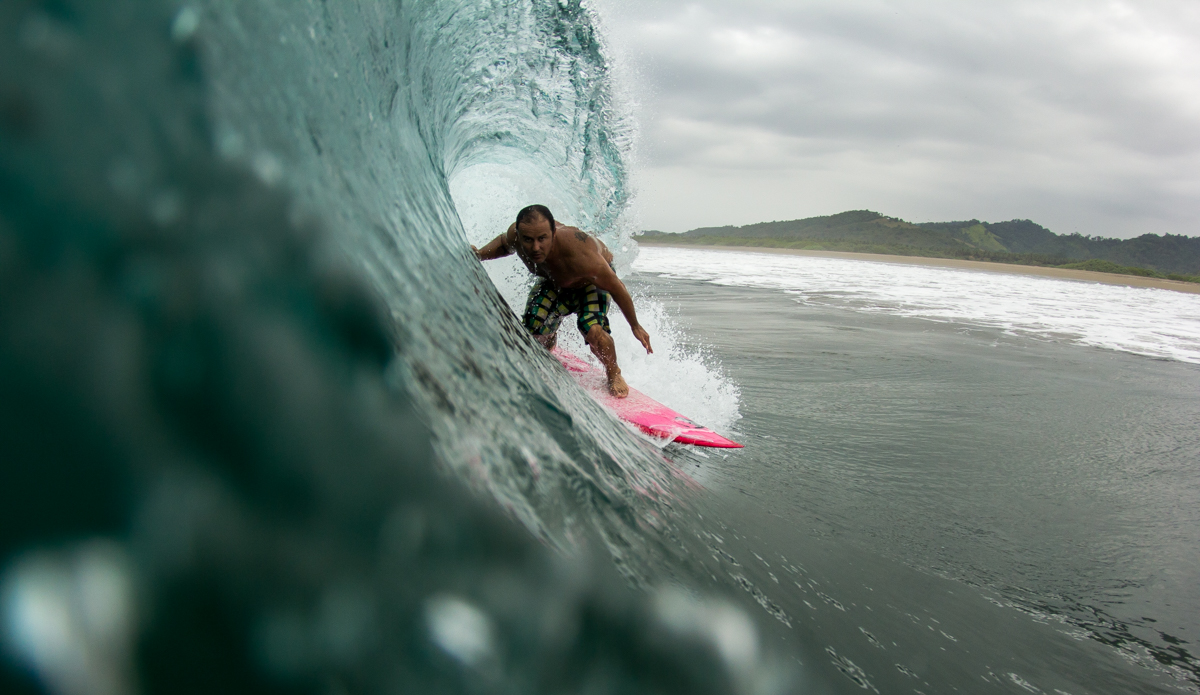 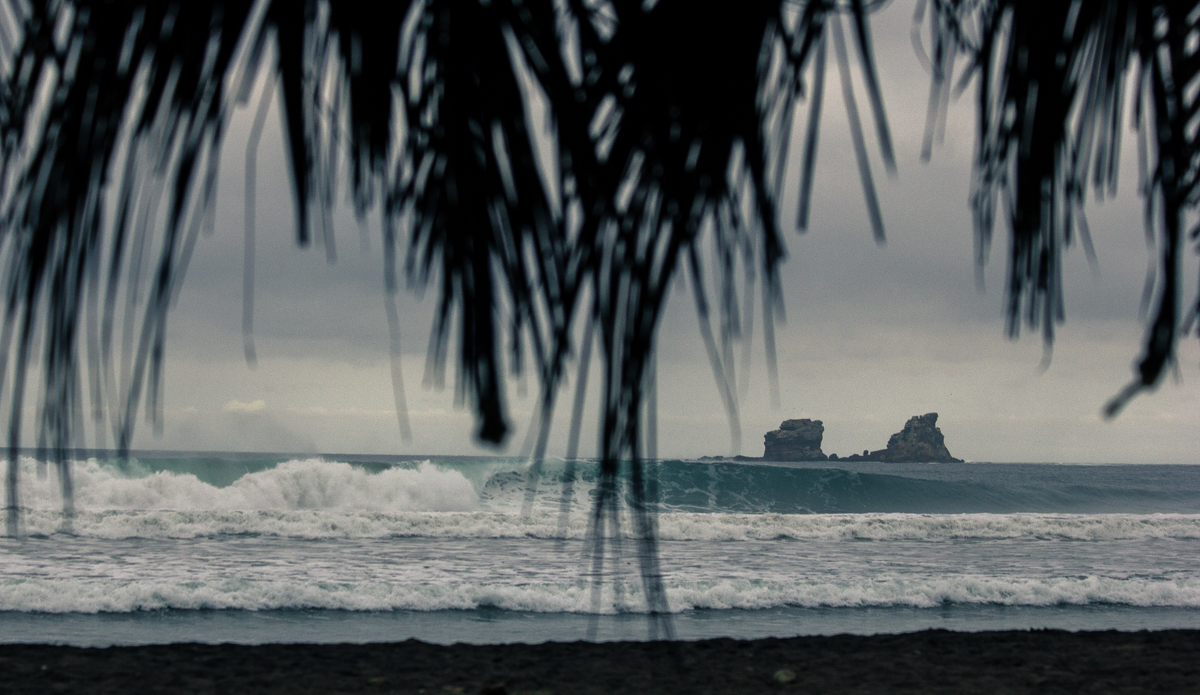 Seeking cover from the rain during one of the never ending south swells. Photo: Dave Sieczkiewicz 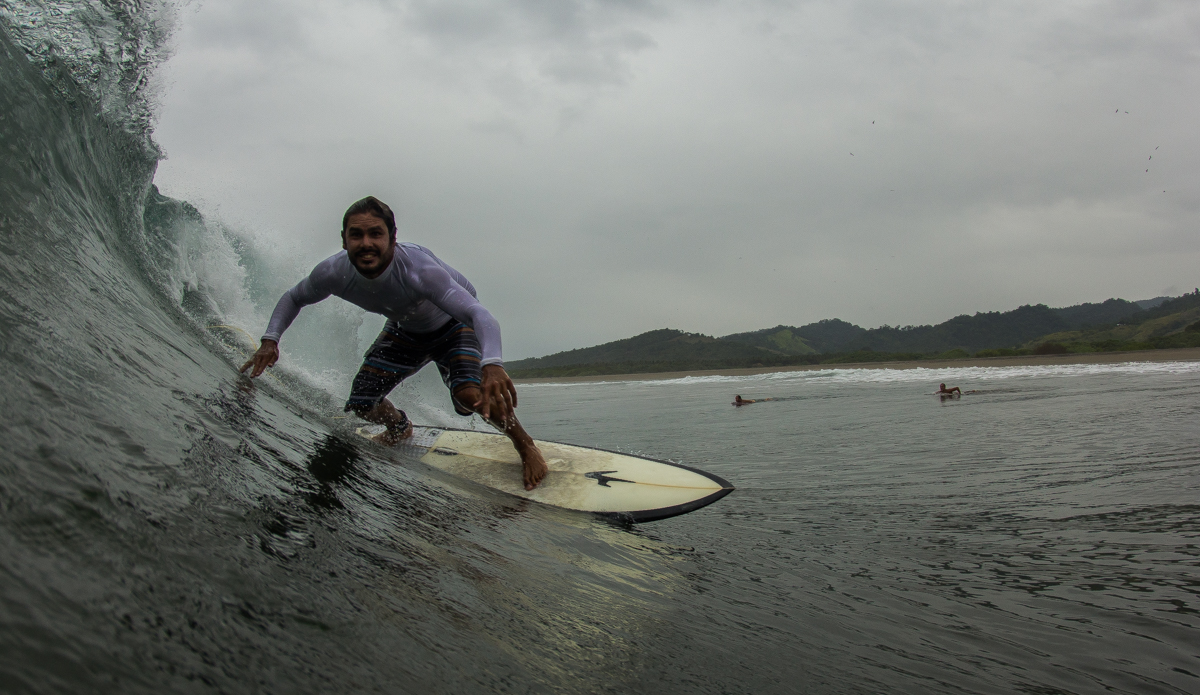 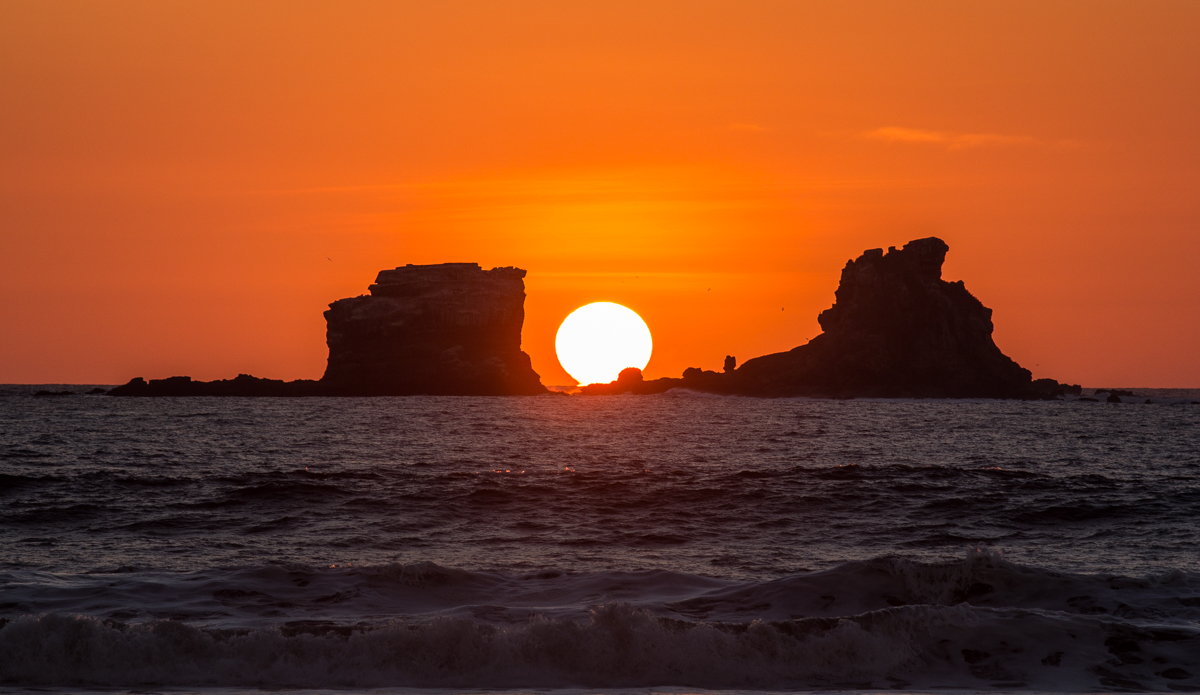 Sunsets on the equator never get old. Photo: Dave Sieczkiewicz

Ecuador is a country that is often overlooked in the surfing world. As north swells pulse through the Pacific, making their way down the conveyor belt that is the west coast of North America, they hit Hawaii first, then work their way south before running into South America.

Once they finally arrive along the diverse Ecuadorian coastline, they may not pack the punch they once had when they first grazed the Hawaiian Islands, but they’ve had time to organize themselves into solid, long period swells. This is the Equator – balanced on latitude zero, it’s exposed to both north and south swells. It picks up the pumping surf that first graces the South Pacific Islands, lighting up places like Tahiti on the way by. And just like north swells, when they end up here, they can still pack a punch.

I first came to Ecuador in the winter of 2011. I was in search of a surf travel destination that hadn’t been done a thousand times over; looking to find my own unique experience, not only in the water, but in a new culture, as well. I did a bit of research before stumbling upon La Buena Vida Ecuador, a little place run by two amazing people. Keith Keller and his wife Marilyn are expats and surfers. Since that first trip in 2011, I’ve made a point of returning every year, and last year, I was lucky enough to spend three months there during the northern hemisphere winter and four months over the summer. The two seasons are polar opposites of each other: the winter can be scorching hot, while the summer can get a little dreary. Parts of Ecuador’s coastline are influenced by the Humbolt current – but don’t let that discourage you. The remote jungle coastal villages come with romance and adventure whether the sun’s out or not.

Ecuador has a lot to offer travelers. Geographically, this little country is the size of Colorado, yet it is loaded with ecological and cultural diversity. It has everything from tropics to desert, from snowcapped volcanoes and Amazonian jungles, all of which are surprisingly easy to access. Ecuador has a great tourist infrastructure.

It’s also incredibly culturally diverse. Each region has its own subcultures, which are an interesting mix of Ecuadorian citizens and expats. If you do plan a surf trip to Ecuador, the best advice I can give you is to do more than surf – experience the warmth of the people, the ecological and cultural diversity, and fall in the love with the place, the same way I did. As they say in Ecuador, Ama La Vida!